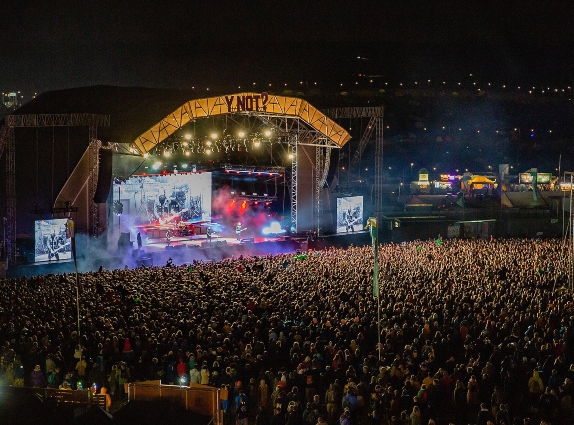 Y Not may not be seen as one of the UK’s fashionable festivals, but therein lies its strength, those who attend want to be there to party, laugh and enjoy some of the best indie bands on the planet with friends and family.

This year will see the festival celebrate 5 decades of independent music, ranging from The Damned, who back in 1976 recorded the best 2 minutes 39 seconds of punk rock ever cut to vinyl, through to winners of the Mercury Album of the Year, Wolf Alice.

The majority of artists at this year’s Y Not will be performing at the festival for the first time (with the notable exception of Beans on Toast, Reverend & The Makers and King Pleasure & The Biscuit Boys as they are now part of the fabric of the festival).

This year will see headline performances from Elbow, Two Door Cinema Club and Foals, plus the likes of likes of Franz Ferdinand, You Me AT Six, Don Broco, Happy Mondays and Miles Kane. 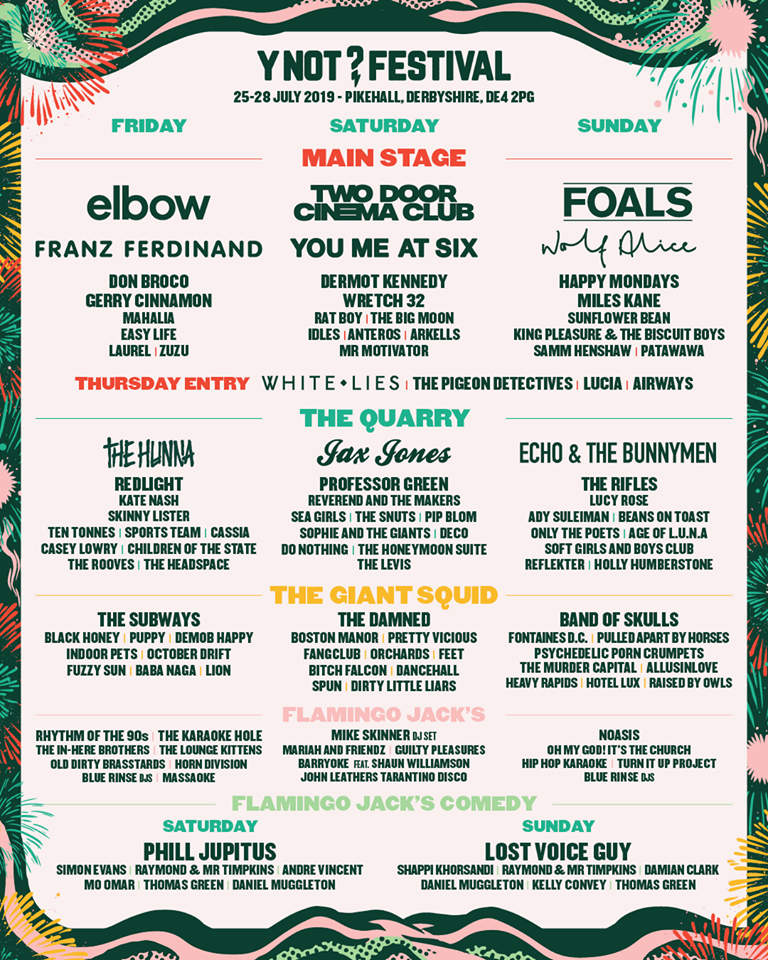 5 Bands Not to Miss

Following their emotional performance at Glastonbury, expect a huge crowd for Idles early Saturday afternoon slot on the Main Stage.  It may have taken them seven years to become ‘overnight sensations’ but the wait has been worthwhile, you can be assured that they will put everything into their set and you will come out feeling exhausted.

Glasgow’s Gerry Cinnamon is one of Scotland’s biggest talents , and his popularity has started to spread south of the border.  He has the uncanny knack of writing belters, which quite simply demand the crowd participation.

There are few bands that sum up summer better than Cassia, their Johnny Clegg/Vampire Weekend inspired debut album Replica is uplifting and just makes you want to dance.  Cassia will be performing in The Quarry on Friday at 4:00pm, but don’t be surprised if they pop up in The Saloon Bar earlier in the day.

A three piece from Southend, Spun are heavily influenced by punk, and nu metal, their lyrics can be best described as political irony.  Spun will be performing in the Giant Squid on Saturday at 2:30.

Y Not is about enjoying yourself, irrespective of age, and the festival lays on a wide range of activities to keep the kids happy all day long, they include:

The Flying Seagull Project - a troupe of clowns, magicians, circus performers and musicians.

Artful Dodgers & Tweens - a family friendly rave, with art activities and workshops for all ages.

Family Camping – fitted with baby baths, free nappies and changing facilities plus an evening campfire with Marshmallow toasting, as well as storytelling from early in the morning.

If that wasn’t enough there’s Flamingo Jacks which will play host to music, comedy, guilty pleasures, and the debut of Barryoke. Plus a cinema showing block buster movies, plus there is a rumour that the weather will be warm and dry!

There are still a limited number of tickets available from the Y Not Festival website.