Metallica, Bring Me Horizon and Slipknot to headline Download
others added include Evanescence, Parkway Drive, Disturbed, Pendulum, Architects, Ghost and many more
Tweet 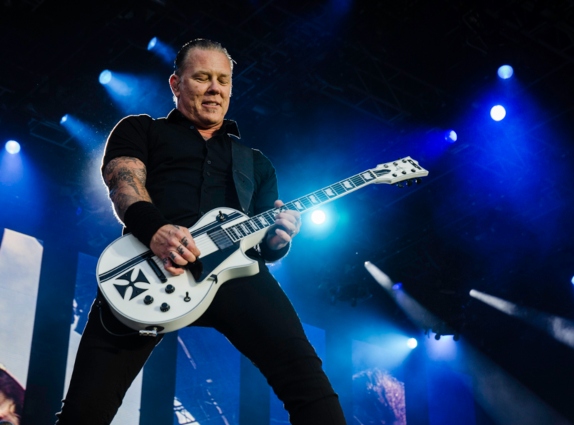 Download Festival which celebrates its 20th anniversary in 2023 at Donnington Park from Thursday 8th - Sunday 11th June will see 4 headline sets for the first time. The headliners will be Slipknot, Bring Me The Horizon and Metallica, who will deliver two massive no-repeat performances.

Metallica will be returning to Donington after over a decade away, and the multi-million album-selling phenomenon will be making up for their absence by headlining two nights of the festival, Thursday and Saturday. The two performances will contain absolutely no repeat songs, ensuring that fans are treated to the complete Metallica experience.

We are next-level honoured to once again come back and partake in the Download shenanigans on the hallowed grounds of Castle Donington, which has an unparalleled place in rock history. On top of that, to be able to share our double show format with two completely unique sets with no repeat songs for the first time ever in the U.K is way fuckin’ cool. Bring it on!!

Steel City’s finest, Bring Me The Horizon will be headlining Download Festival for the very first time after years of working their way up the line up since first playing in 2006.

The festival’s grand finale will come at the hands of Slipknot, who will be headlining Sunday night. Having recently released their experimental seventh album The End, So Far, Slipknot are well and truly back and ready to unleash both new and old hits at  Download.

This year marks a huge milestone for Download, celebrating the incredible 20 years of the festival is no small feat. We really wanted to up the ante for this special anniversary, adding an extra day for the fans to experience the unforgettable line up, that once again brings together unparalleled talent from the rock music world back to Donington Park!

Tickets go on general sale at 9:00am on Thursday 10th November 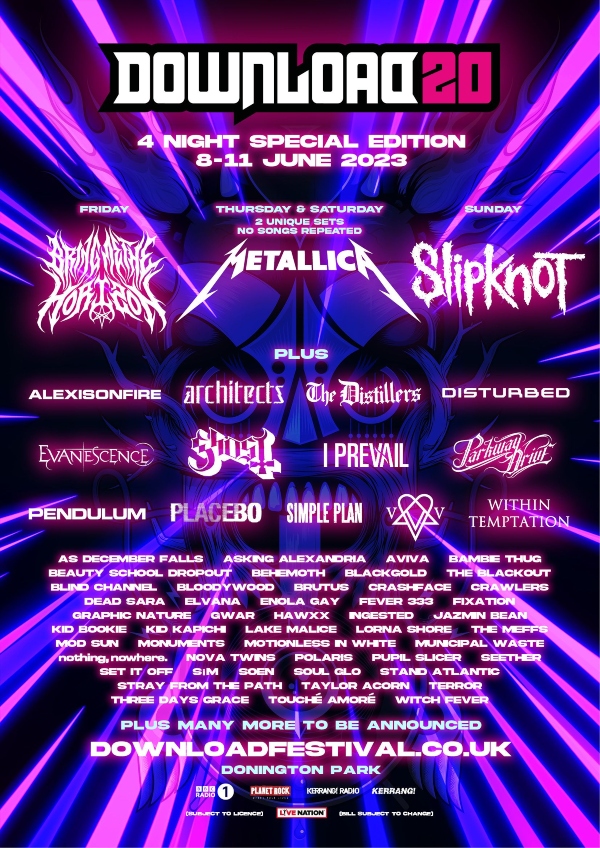 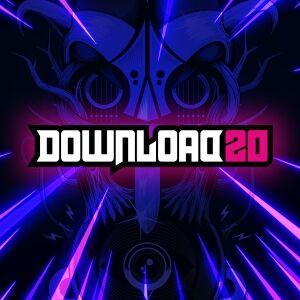