The guy was sat on a picnic bench, it was raining heavily and it was dark. The water cascaded down from his hat and into his drink. He slowly looked up at the sky and then down at his never-ending pint. He was content. He was also grinning from ear to ear. This wasn’t simply the smile of escapism from the insane shitstorm engulfing the wider world just beyond the gate; most festivals offer that experience. This was a smile of the loved, and the loving. Lakefest offers a worldly respite, sure, but this festival is special, it lifts the lid on something far deeper than that. The shared experience, that sense of community and belonging, the comradeship, the sense that he was somehow part of a bigger whole. The smile grew. He’d joined the Lakefest Family. 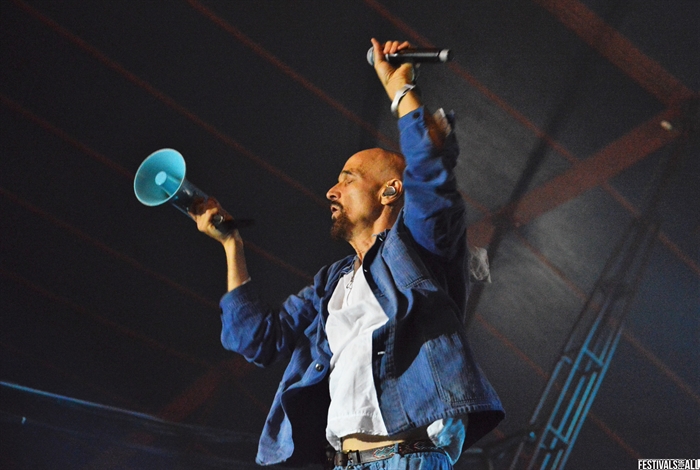 Let’s start at the beginning. From humble origins, in a few short years, Lakefest’s evolution to becoming one of the best small-medium festivals in the country is a stunning achievement. This cynical old wizened Reviewer comes over all emotional about it all. Last year was a cracker (Read the FFA Lakefest 2018 Review), and 2019 topped it. Lakefest just gets better. The festival itself is a bit of a multi-media extravaganza, not only is there genuinely something musically to suit all tastes and genres, from Roots Reggae, to Rock and Soul, to a thumping EDM scene, but there is spoken word, comedy, theatre, some brilliant John Robb ‘In Conversation With’ sessions, funfairs, a full kids programme and circus skills, workshops, Healing Fields, half a dozen stages, loads of bars, eateries and stalls, and.. and… Enough of the list. You get it. For an event of around 12,000 happy souls, Lakefest punches way above its weight in the sheer diversity and quality of its offerings. The facilities were right on the button, and considering the weather, the site should have been a chaotic quagmire. It wasn’t. Every single person involved, behind and scenes and front of house, should be lauded for building a small town in a field, in a week, hosting a wonderful festival, and successfully delivering such a fantastic event when a lot of other events simply crumpled over that weekend. 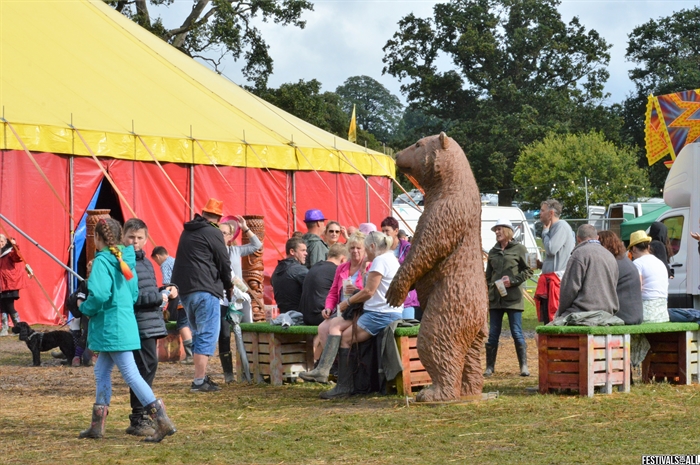 All the stages, including the massive Abbey Stage, are under cover, and to be honest, the Lakefest crowd simply ignored the weather. When you’re Disco Themed, nothing really matters if you’re wearing Spandex. The event went cashless this year. A couple of first year niggles, but a success in this Reviewers eyes. Many long-standing festivals remain little more than a selection of bands, in a field, with camping. Lakefest IS a true Festival and has all the VIBE of the original festival scene, but with a 21st century perspective. It really, really, is that good. Each and every one of the little love bombs gathered in Eastnor that weekend generated such a positive power that the air crackled. Its people are fantastic. Everyone had a part to play, and played it well, everyone was a contributor to that oh so elusive vibe. No one; organisers, stewards, security, stall holders, and of course the fantastic audience, is passive. All these people are active positive atmosphere generators. Lakefest is its people, and its people are its strength. This experienced Reviewer struggles to think of a festival in recent years that comes anywhere close to the feeling of oneness that the Lakefest Family generate. 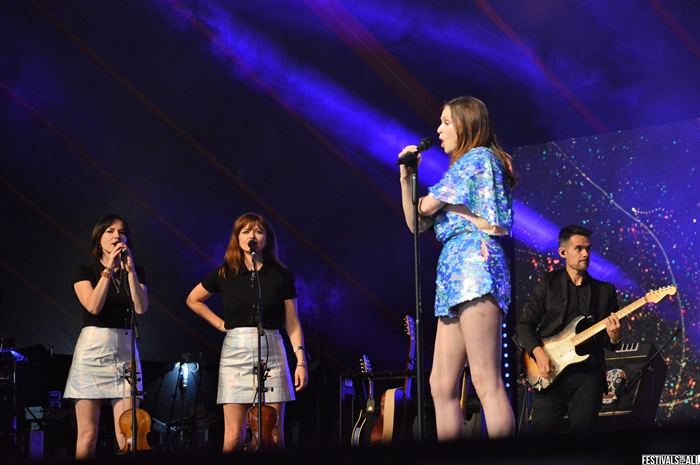 Now let this sink in. Although Lakefest hosted over 150+ artists over the weekend, all of which deserved their presence in those fields, they really don’t define Lakefest. They change every year. Many festivals are only as good, or bad, as their line-up. Lakefest has now attained the rarefied status where the event itself is bigger than the collection of artists it hosts. The bands are transitory, it’s the Lakefest Family Vibe that has the permanence now. With the music policy and the scheduling skills of the guys behind Lakefest you could genuinely book year’s in advance and be virtually guaranteed a fantastic weekend with a line-up to warm your cockles. Don’t get me wrong, it was a fantastic line-up this year, but it’s Lakefest’s soul that will live on. 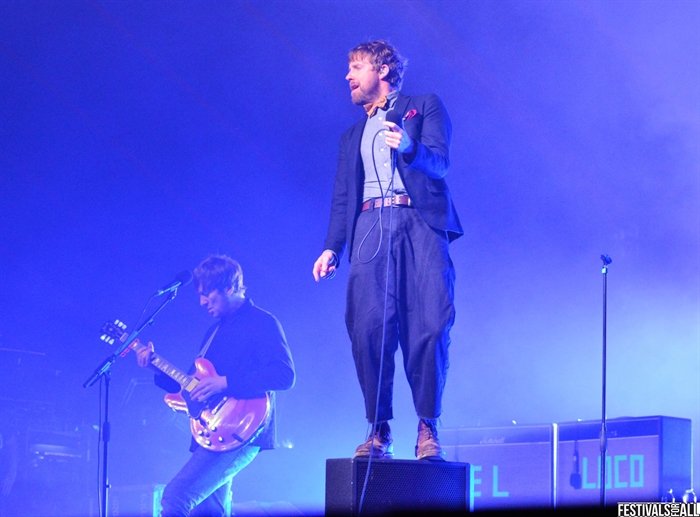 So, what about those fantastic artists? In the myriad of individual delights that morphed into one hell of a weekend, we all have our own special moments and highlights. This happens to be FFA’s. If your moments and favourite scenes don’t get a mention, then more fool us again, we’d be flying elsewhere – sometimes at full throttle – sometimes just riding the breeze. Reviews are all personal opinion and choices after all mate; some venues hardly get a mention, never mind all the artists. Such is life. In a packed weekend of Good Times, this is our very truncated highlights of highlights …. 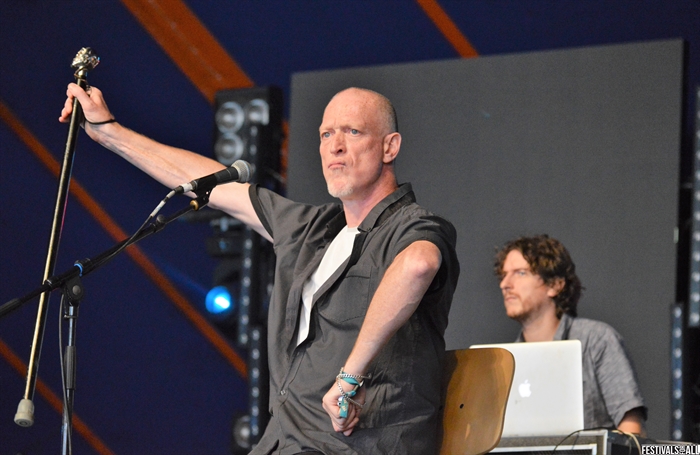 An evening for checking out the bars, weighing up the multitude scenes, safe places to fall, and double checking that the vibe receptors were set to max. Needless to say that all roads led to DJ Shippers over in the Floating Globe. A Lakefest stalwart, the guy can instinctively read the crowd’s Vital Signs. There is always an anthem up his sleeve to balance euphoria levels. A cracking couple of hours to send us spinning into the night.

Genre diversity is always the name of the game at Lakefest. Just check out Friday’s schedule as a fer instance. The Congolese rumba fuelled rhythms and jangling guitar breaks of Kanda Bongo Man were an absolute delight. Dynamic and colourful; the crowd lapped it up. Back-to-back with the electro dub-reggae of the wonderful Dreadzone and FFA were in skanking heaven. Festival mainstays Dreadzone continue to be a sure-fire banker for any festival organiser. Always give value, always lift any crowd. The Lakefest crew were already up for it and the Abbey Stage was bouncing.  It was only tea time. 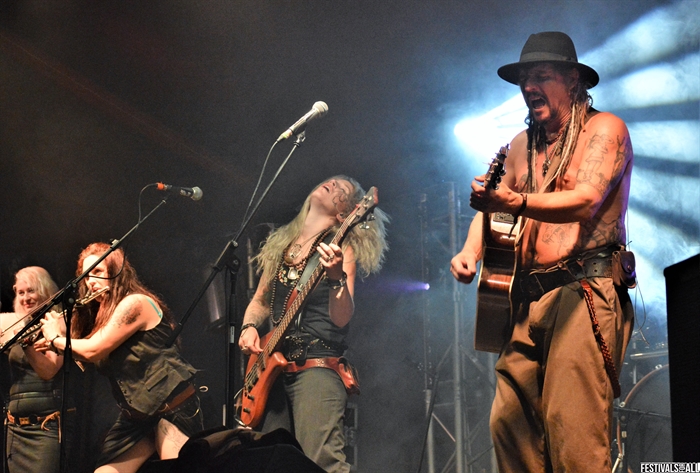 Those who could not drag themselves away from headliners Kaiser Chiefs, missed the real party. The proper action was over on the Floating Globe with the pagan shenanigans of The Dolmen. New to FFA, these Celtic folk-rockers were up there vying for set of the festival. A stunning high energy maelstrom of sound and movement, with their mystical ethos and fine musicianship producing one big headlong rush. A cracking band and fabulous stuff. A quick top up on the euphoria from Shippers before a great late-night atmosphere in After Hours curtesy of Miss Chief and Mr Meaners. A splendid covers band playing to their strengths. Great scenes. A quick strut to Mr Capaldi in Funky Town and we were spent. 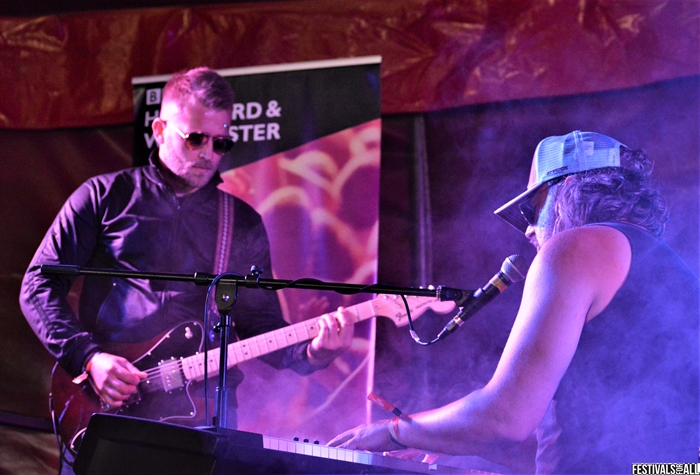 An early swoon to Erica’s polished alt rock and patently good looks, and we were on a roll. We drifted in and out of reality, oh sorry, the BBC Introducing Stage, throughout the weekend, and band of the stage for FFA were the excellent Shop Front Heroes. Difficult to define – as the best band’s should be, there is a commendable multi-layered talent and professionalism to these guys. So it proved when they suffered a power outage mid set. Displaying composure the envy of many a headliner, singer and multi-instrumentalist Stevie Yeomans simply picked up an acoustic guitar and delivered a blistering bluesy ballad ‘Come Find Me’ on the fly. A bit of a class act these guys. Go watch ‘em. 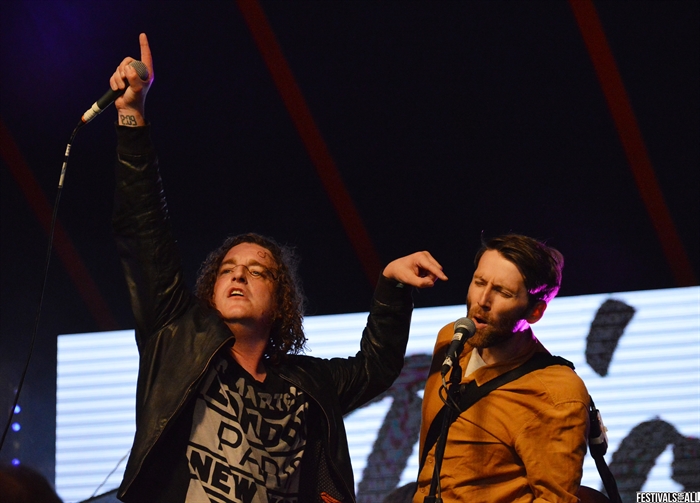 Blimey – Pigeon Detectives! What a show. What a showman. They deserve to thrive ‘cos they are still mad hungry for it. Frontman Bowman performs like each show could be his last. Full-on, manic, and bursting with stage presence, the classic ‘Take Her Back’ rightly brought the house down; the joint was kicking. Great set. One of the billion endearing features about the Lakefest audience is that they are prepared to leave any musical prejudices at the door, and if the music’s good – then they’ll groove on down. Take the Red Hot Chilli Pipers.  Probably best crowd reaction of the weekend. The Abbey Stage was again buzzing with a sparkling atmosphere, and the audience in full-on singalong mode. Strip away the vaudeville and the Pipers are a fine band, know how to work a crowd, and just the ticket to tee everything up for the Happy Mondays. Recent appearances we’d witnessed indicate Ryder has put his excesses behind him and at Lakefest the Mondays were in great form. This was a full-on crowd, a brilliant atmosphere, and a classic Lakefest headliner. The Personal Appearance of Head Steward Geordie helped ‘em along mind. A wonderful day. 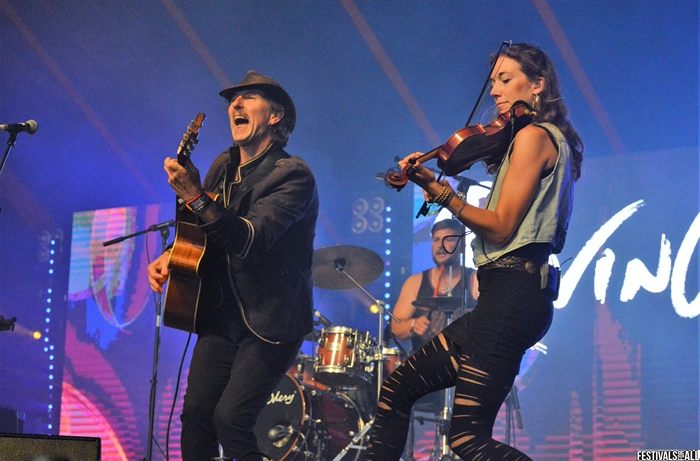 Sadly, there was never room at the inn for FFA at the excellent Cheezy Vinyl Bar, which did a roaring trade, but hunt down the spiffing Polka Dots n Teapots tea room. A wonderful oasis of calm, civilisation, … and cake. Lovely. Remodel/Remake - The Roving Crows have a brand-new engine curtesy of a fresh bassist and drummer. Fear not – they are still as tight and entertaining as ever with their genre bending folk rock Celtic-Country fusion. Everyone appreciated the sadly ironic ‘Days In The Sun’. A Splendid set. Sophie Ellis-Baxter! A class act. Surrounded by an excellent band, the woman was stunning. Sunday was a Good. Day. 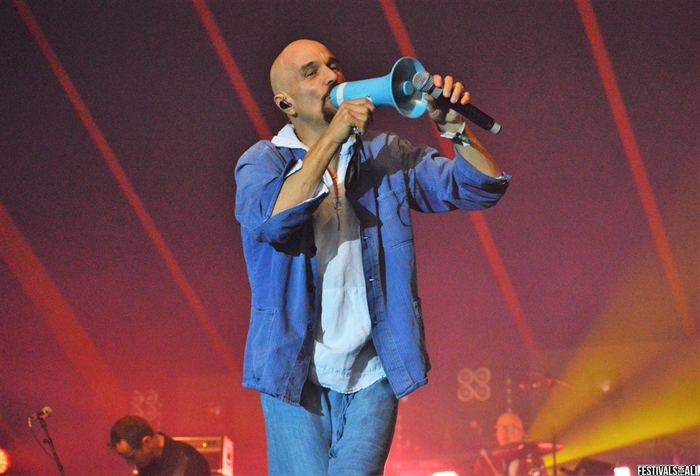 Now then, James. Arguably performance of the weekend [Discuss]. The Lakefest crowd don’t need prompting, and they sang and danced with a venom to this wonderful outfit. The band are as contemporary and relevant as ever, with a constant supply of excellent newer material alongside re-worked old classics. A Greatest Hits set this was not. They are determined never to be their own covers band and so it proved. Fresh as a daisy, Booth on form, and a brilliantly spine-tingling Lakefest vibe. The joint went crazy. Everyone in that tent did everything that the Abbey Stage represents proud.

The infamous Lakefest Silent Disco! Its massive, its packed, the vibe is magnificent, and everyone had coloured lights on their heads – what’s not to like? The Silent Disco is rightly the pinnacle of the Lakefest experience for many. It’s the final act. The bonding. One last celebration of this wonderful mash-up of humanity. You could almost taste the buzz. Out in the midst, someone hugged a fellow traveller, then another, then another. Suddenly, there was a large circle of happy people with arms around shoulders. And it just grew bigger and bigger. Their strains to the traditional end of festival ‘Hey Jude’ continued long after their cans fell silent.  The Lakefest crowd proving once again that our shared humanity is the bond that binds us all, whatever our differences. In our divisive, stupid world, Lakefest and its family are a rare and beautiful thing.

So, there you have it. Lakefest connects on an emotional level, and in a world where our humanity is slowly being squeezed out of everything – that’s a feeling to cherish. Feel the love. Join the Family. 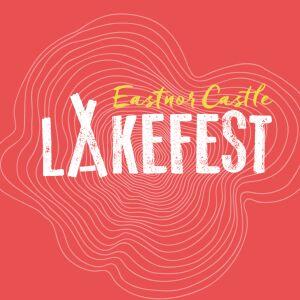