Lakefest 2016 was very special indeed – a wonderful weekend of fun and absolute quality in the Herefordshire sunshine. To say this young festival has moved up a notch is an understatement indeed. Five years in the making, a line-up to die for, one of the best and most loyal crowds around, and a new site at the splendid Eastnor Castle has produced one of THE success stories of the 2016 festival season. 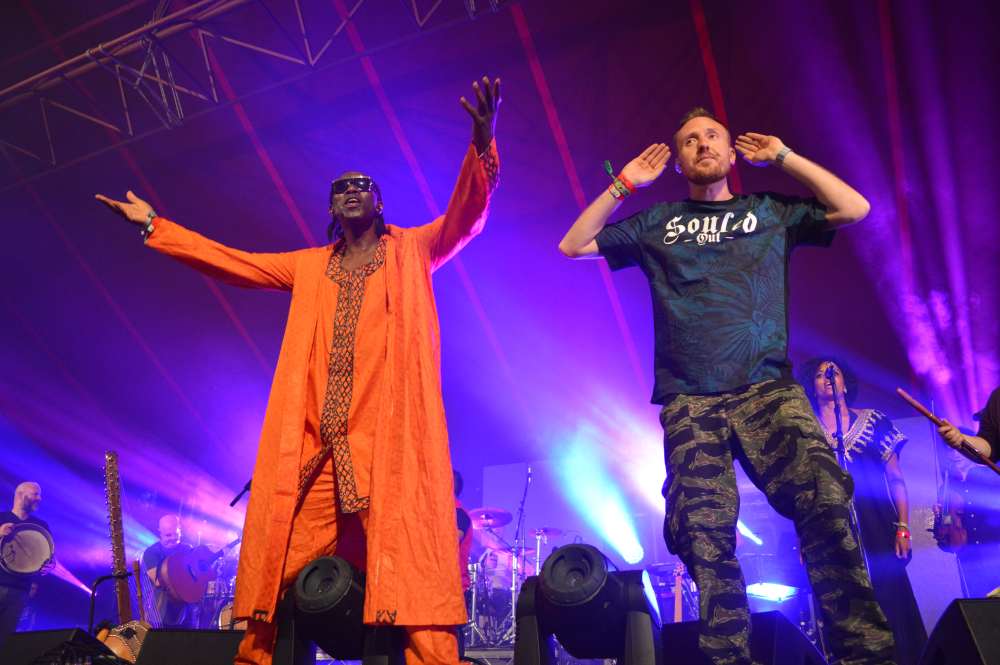 In 2015 Festivals For All witnessed at truly magnificent Lakefest (read the FFA Lakefest 2015 Review), well the organisers have upped the ante again and the results were frankly spellbinding. In years to come, anyone of the 10,000 lucky attendees will speak in hushed reverential tones about being there the year Lakefest moved to Eastnor. It really was that good.

Lakefest is a family festival - but not just in the sense that all generations will find something to delight them in those Herefordshire hills. Everyone involved, from the organisers, to the excellent stewards, to the artists, and not least the marvellous audience, is FAMILY here. This reviewer has rarely witnessed such camaraderie and bonding between all those involved. Everyone is a player. It’s one big collective. Lakefest is everything that is good about the human spirit. If that sounds clichéd and naff then what the hell – the feeling of love and togetherness from every single person at Lakefest sent shivers down the spine. The commitment of the great crowd to have a good time was there for all to see and the support for all the artists on show was some of the most passionate I’ve witnessed for many a year. 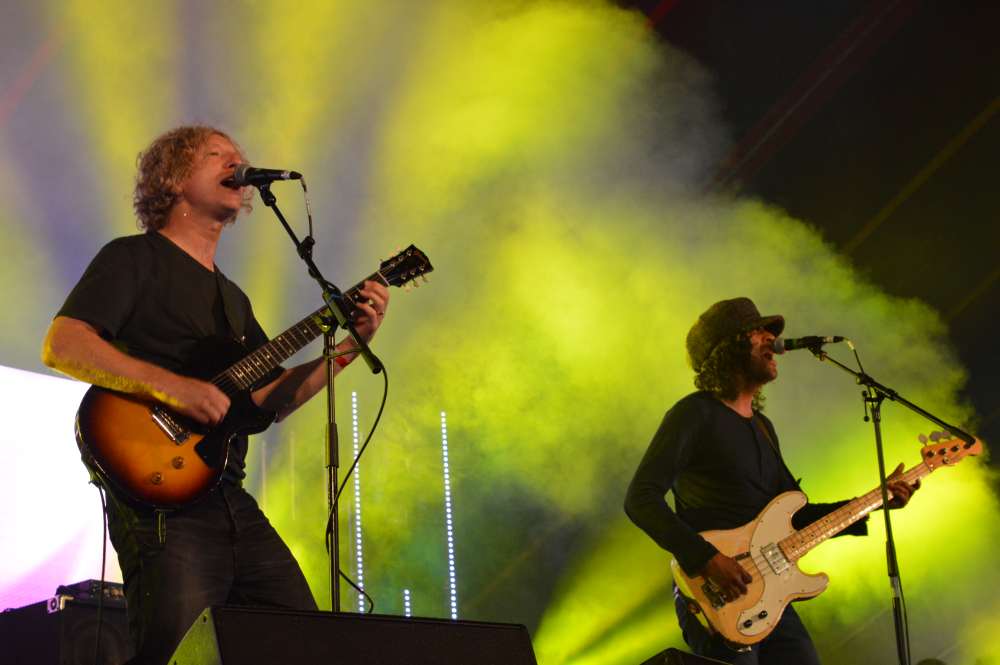 Virtually everything simply oozed quality at Lakefest. The kids areas were fabulous, the entertainment on the button, the finals of the UK BMX Dirt Series in a dedicated arena a masterstroke, the large site looked wonderful, the bars were heaving, and the range of entertainment staggering for an event of this size. All the stages are under cover – with the main Castle Stage held in a gigantic circus tent. It holds thousands. It’s a big arena with literally acres to chill in so it’s the best of all worlds – whatever the vagaries of the English summer. The large site was chocker with goodies - dedicated Spa facilities, a Creche, Spotless facilities - with dedicated female toilets a welcome touch, a full-on funfair, loads of bars and ales, a BBC Introducing Stage, a …. - you getting the picture yet? With entertainment filling the fields from before 9am (no, FFA didn’t see it either) and live music until 2am in one of the five late night scenes (yep, now FFA enjoyed those) it was virtually impossible to leave the arena without a big smile on yer face. Which is the whole point really. All this malarkey does not happen by accident of course; the organisers have sweated to make Lakefest happen – and good on ‘em. Such is their commitment and passion that one of the organisers, Daffy, was a one man public relations machine – manning everything from the car park, to the information desk, to the bar (he appeared to like the bar bit best, mind.) They deserve every accolade and award surely coming their way – Lakefest is one hell of a success story. 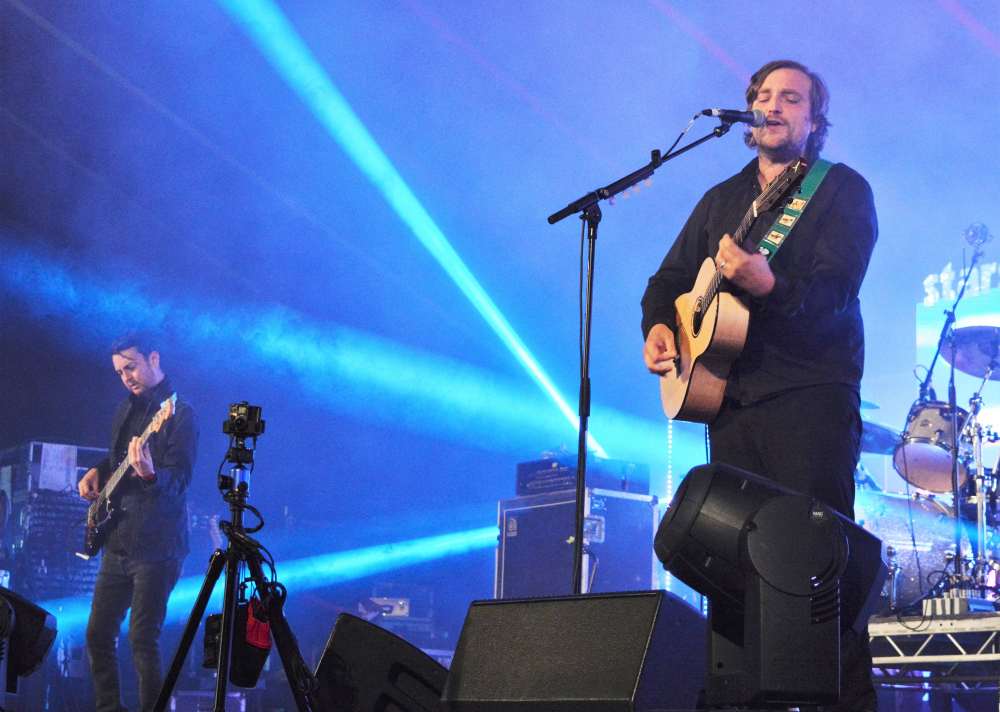 The sign of a truly great festival is that the music simply forms part of the collective whole, just one facet in the wealth of experiences on offer. So it proved at Lakefest – this festival is worlds away from simply a collection of Big Bands In A Field. There is a vibe, a buzz about the place that transcends the artists on offer. Now don’t get me wrong – to be blunt Lakefest punches way way above its weight for the sheer calibre of class acts across the entire bill. Oh come on – they brought Primal Scream to a field in Herefordshire for goodness sake! Many of the headliners and supporting cast would grace any festival many times the size of Lakefest. On the value front the line-up alone was excellent bang-for-your-buck before any other of the ample goodies on offer is even factored in. Their challenge for 2017 is that Lakefest 2016 will be very difficult to better.

Now, Lakefest offers so much, for so long, that it was impossible to experience it all, FFA missed much more than we saw. Life is all choices and opinion, and this happens to be ours. If you were blessed by actually being there you will have your own magical memories. It’s not a comprehensive review of every sight and sound– cos that would be, well, just a list!

Lakefest is a true 4-dayer with the excellent 3 Daft Monkeys laying down an early quality marker with a bouncing set to limber up Thursday night’s early arrivals. Follow that with some cool sounds in the Crew Salam area and FFA were off and away. 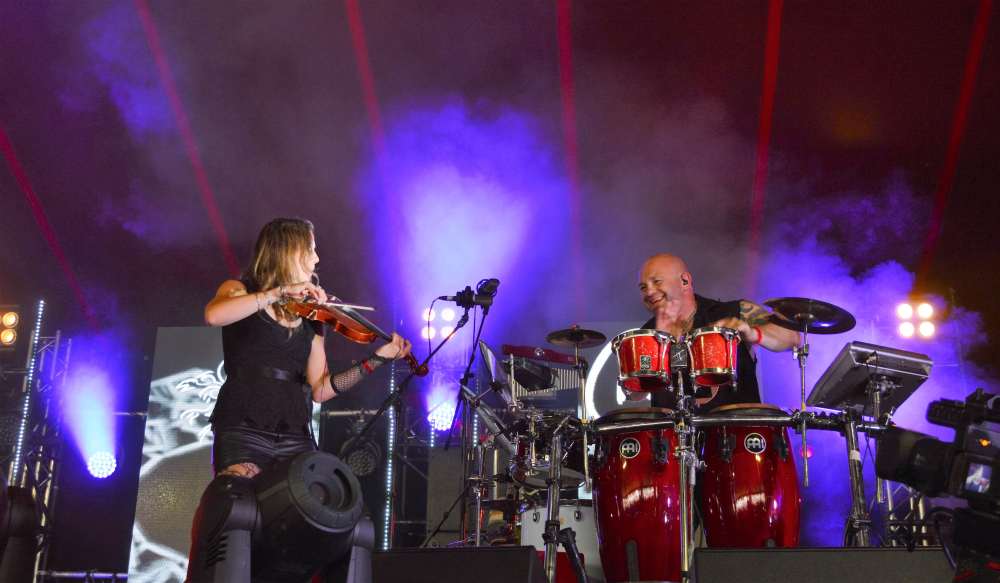 Friday was dominated by two bands for FFA, although the general fayre around the site was universally excellent. We Are Scientists absolutely rocked. Splendid stateside indie rock. Any band to knock out hits from With Love And Squalor, and have a thing about kittens, will always get this reviewers nod of approval. An excellent set. Primal Scream are the Real Deal – class always shines through and Gillespie and his cohorts proved that night in Herefordshire why they are one of the best live rock acts on the planet. The set was stunning, even with the great man sometimes reluctantly resigning himself to a high stool to rest that damaged back. The set-list covered all the bases with a heady mixture of old and new. There were enough goodies off Screamadelica to keep this old head happy (Loaded and Higher Than the Sun were magnificent). Throw in a terrific Rocks and you had the icing on the cake. A stunning achievement for the organisers to bring this calibre of artist to Lakefest, and the band, and the ecstatic crowd, did them justice. A night to remember. 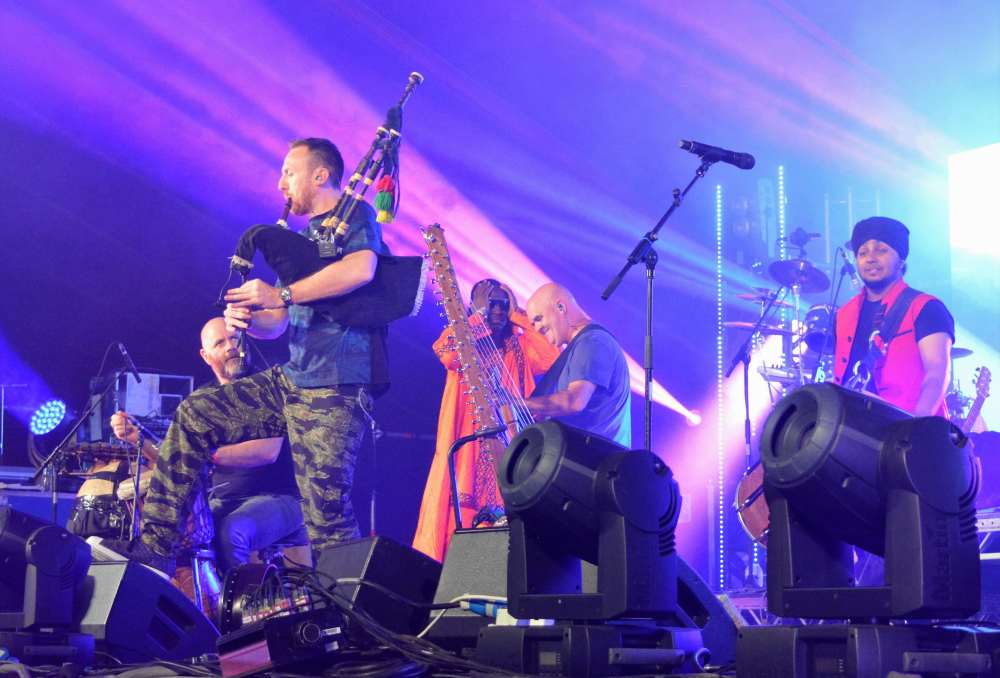 Saturday was an absolute stonker for music – and that’s before you factor in the aerial acrobatics of the BMX guys throughout the day … kids and adults alike were enthralled as the competition hotted up. Great Stuff. Over on the main stage there was a feast of early evening music with a blistering hi-energy set from the always excellent Big Country. A festival organiser’s delight – you always get value from these guys. Cast rocked up next with a show that had the large crowd singing and dancing along, but set of the day, for this reviewer at least, was Afro Celt Sound System. Their brilliant meld of world music beats had one of the best crowd reactions of the entire weekend. The place was kicking. Over at the Floating Globe Tankus the Hedge were their usual boisterous self and had another great crowd lapped it up. FFA hot-footed to catch main stage headliners Starsailor, who to be honest, were dealt no favours by the sheer excellence of acts preceding them. Would their brand of polished, cultured ballad rock satisfy after the earlier high energy intensity? Of course it did – they produced a set worthy of any headliner with Stelfox’s bass playing a particular highlight. A great day for music. Later Marky Mark Winter laid some excellent beats in Secret Ibiza whilst The Dirty Smooth did for us on the After Hours Stage. 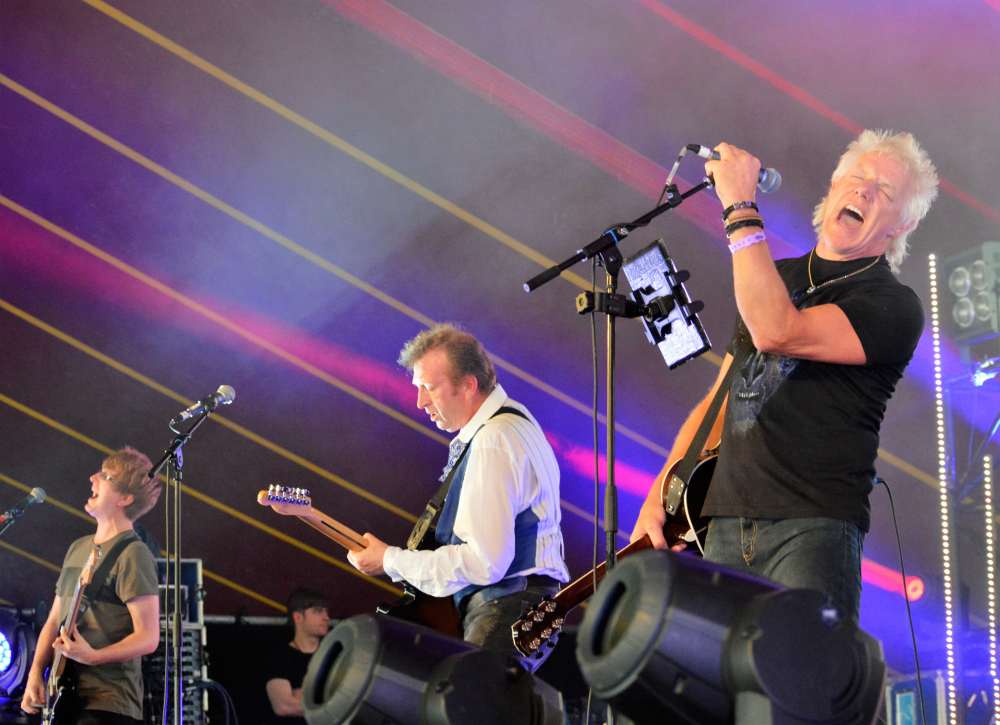 Sunday produced some wonderful wonderful music. The Roving Crows continue to grow into an absolutely cracking band. On a stage packed with fine musicians, percussionist Tim Downes-Hall simply excelled. Brilliant technique and a cheeky smile from ear-to-ear … what more could you want. Splendid set all round. Gaz Brookfield rightly had a great scene going down in the Floating Globe. In a lovely little ‘festie moment’ Brookfield was singing ‘The Busker Song’ when a punter, on their way to the bar, sauntered past and tossed a quid on stage. Brookfield did not miss a beat but pocketed said pound at the end of the song! Nice one. It’s a great appreciative crowd at Lakefest but they surpassed themselves for Newton Faulkner with a level of audience participation and unprompted singing and clapping that appeared to take even Faulkner by surprise. It was everything live music should be with audience and artist as one. Another set of the festival for this reviewer. Sunday headliners The Coral wrapped everything up nicely with yet another top set of polished indie rock before the now famous Lakefest Silent Disco hit the Castle Stage. The tent was rocking inside and out. There were people in headphones dancing and singing all over the shop. Even the urinals were rocking (err, take my word for it). The Silent Disco has become something of a signature event now at Lakefest and long may it continue. FFA could go on (and on) but this review is only a snapshot of highlights which rocked our particular boat. 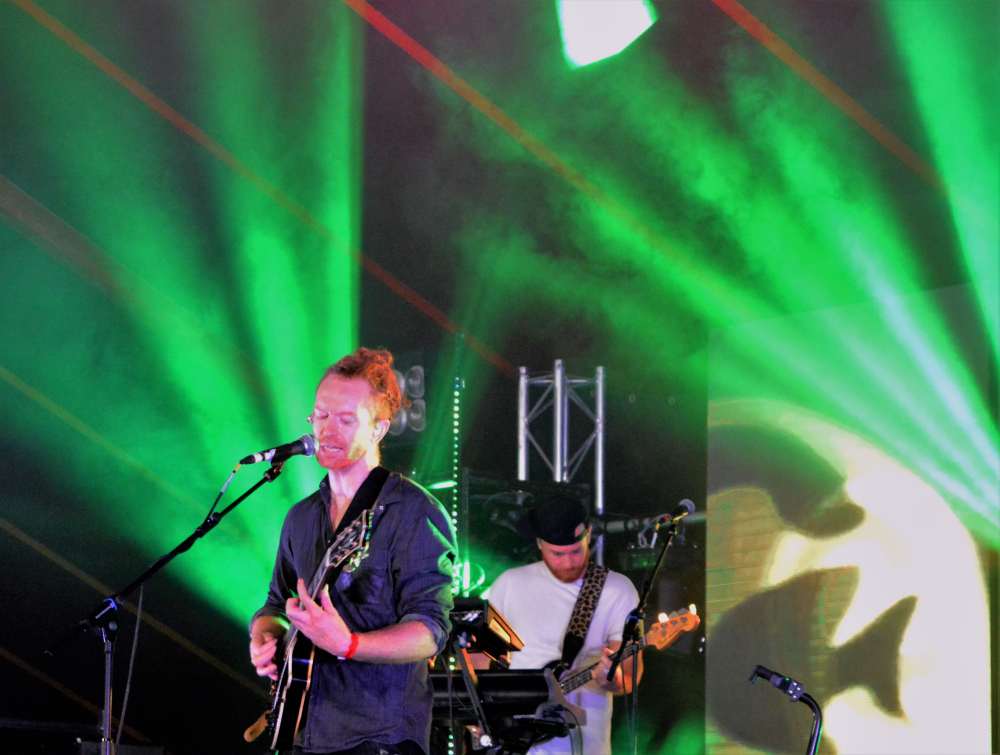 So there you have it. There is a passion and a vibe to Lakefest that is a very rare and beautiful thing. Many established festivals strive for years and never quite manage to get the vibe thing going. For such a young festival originating from such humble roots to absolutely nail it in this manner is all rather remarkable, and at a new location to boot. FFA rounded off our 2015 review by promising that Lakefest would take their Family with them to Eastnor. Well, ten thousand Family rocked up there this year and had one hell of a party.

Let’s end with Primal Scream who sum it all up better than most:

This is a beautiful day

It is a new day

We are together, we are unified

And all for the cause

Because together we got power

Apart we got power

Today on this program you will hear gospel,

And rhythm and blues, and jazz

All those are just labels

We know that music is music

… Come together as one 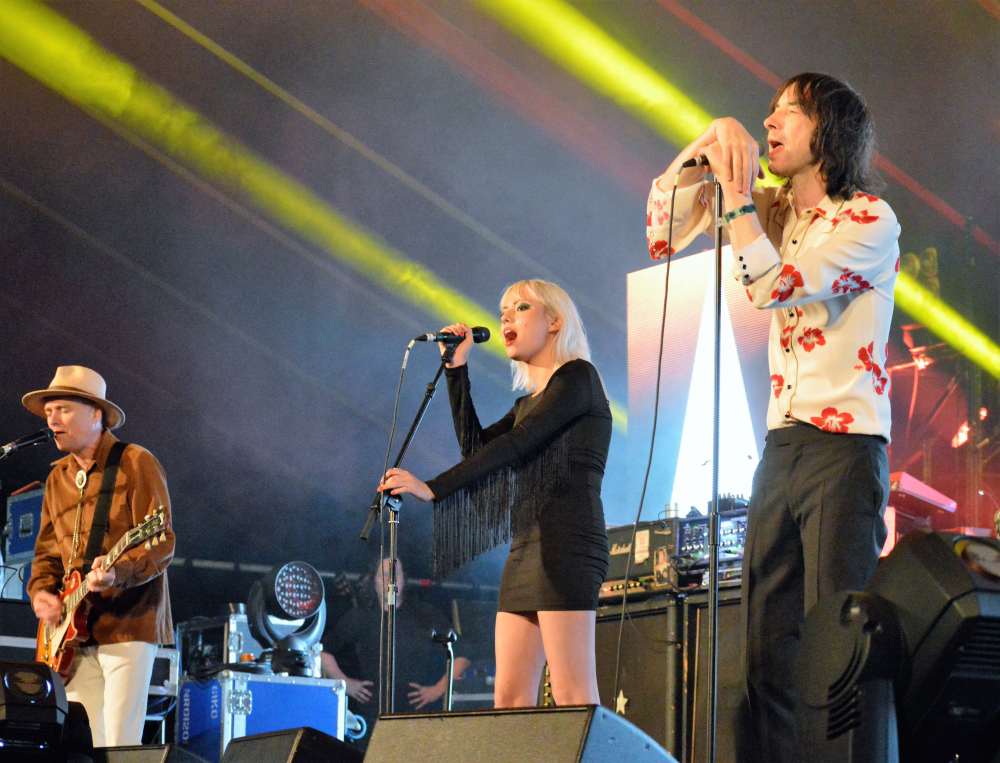