Lakefest 2015 Review
"... we came home as red as berries and as happy as bunnies"
Tweet

Let’s make no bones about it, Lakefest is a great festival. They have created something rather special here. Someone pronounced on stage that Lakefest would always be a family festival first and a music festival second. Well, just take ‘family’ to mean every single person in the crowd – there was an overriding sense of community, bonding, common purpose and shared enjoyment at Lakefest that some other festivals large and small would simply die for. This kind of vibe and atmosphere doesn't just happen – everyone involved works rather hard to generate a platform where every single attendee has the opportunity to be part of something larger than themselves, have a great time as part of a bigger, better, collective, and forget all the hassles of the Universe for a few short days at least. Indeed there was one moment in time during the Silent Disco when it all truly came together for the perfect festival moment (see later).

Don't get me wrong – Lakefest is extremely ‘family’ friendly. They provide oodles of activities and entertainment for the kids, of which there are many, but the audience is an extremely diverse bunch of all ages and types. Everyone gelled and it all worked. 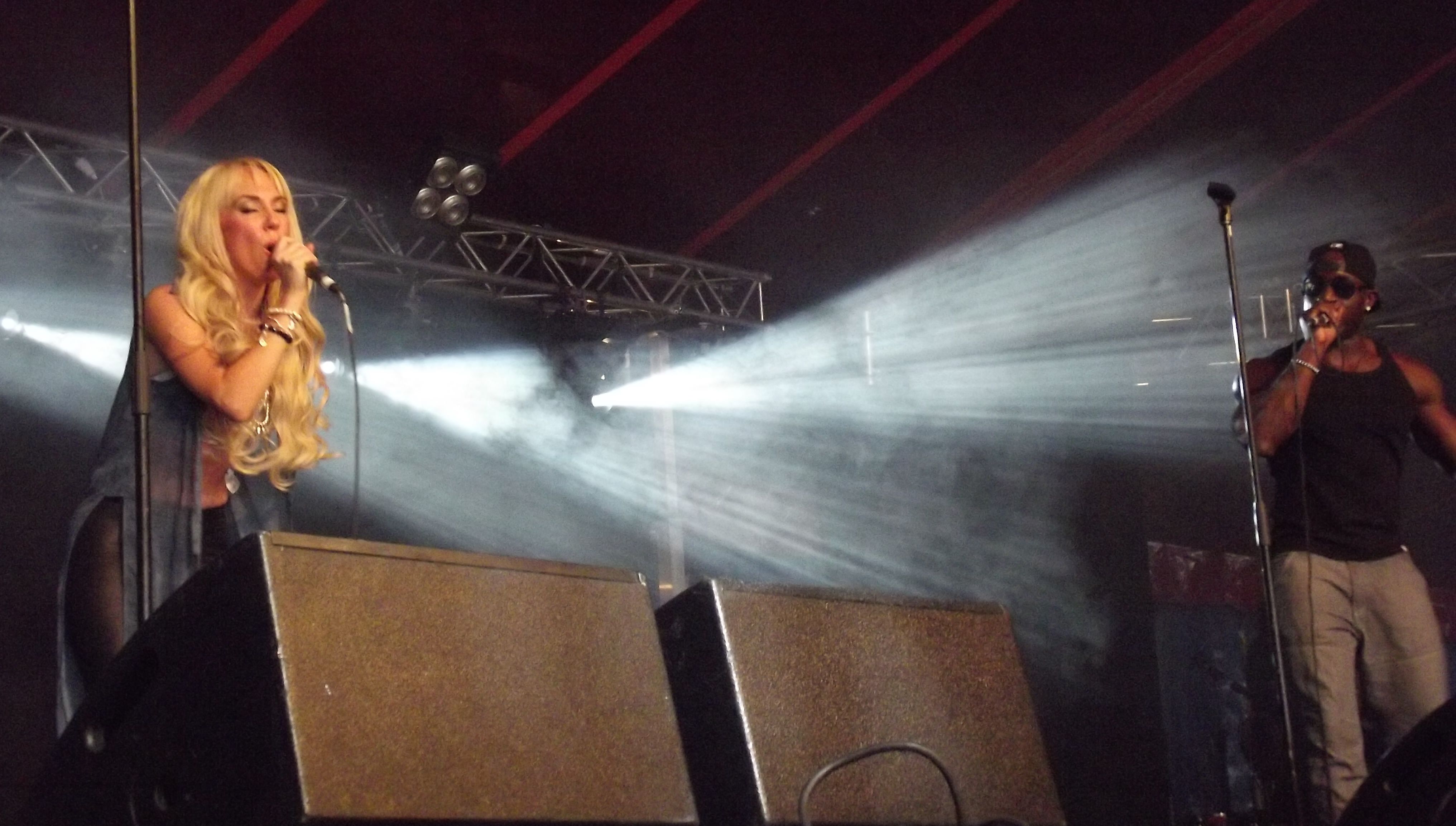 The location, at Croft Water Park near Tewksbury, helped of course. The lakeside location offered another facet to festie fun with lots of water related malarkey including swimming, boat hire, zorbing and the rest, and provided a forum for other non-music merriment like the excellent BMX displays. The arena itself was compact and well designed. Numbers appeared good and the arena was always a vibrant location with punters in transit dipping into the excellent goodies on offer. The blistering weather played its part in generating a good-time outdoor party atmosphere. It was like going round yer bestest ever mates for The Best BBQ In The World. Indeed for FFA much of the weekend was spent simply chilling in the sun and watching a fascinating Lakefest world pass us by as the sounds of a disparate array of class acts washed over us.

Facilities on site were top notch and the quality free showers a blessing in the rare August sunshine. Plenty of decent and reasonably priced food stalls vied for business and the bar pricing and choice were excellent, with real ales and ciders starting at a festival bargain these days of £3.50. Stuff like Old Rosie was being knocked out at this price too. Now this crowd did not miss a trick and once they got wind of this (excuse me madam), it was understandably the quickest seller.

If the festival had any real downside for the FFA nightbirds it was the strict amplified music curfew. By midnight the site was in virtual silence – even earlier on the Sunday night. Such are local licencing constraints. However, given the strong cider pricing and the heat of the day… this probably did most punters a favour! Bars and acoustic sets continued until late to mitigate the impact but let’s hope next year’s relocation to the wonderful Eastnor Castle down the road leads to more liberal music scheduling.

The festival boasted three tented stages including the massive main Garden Tent. Rain or shine Lakefest had you, erm, covered. FFA loved the lakeside late night cocktail bar and Secret Disco scene with some great beats and a chilled atmosphere. Every great festival has at least one spot for the wild eyed and weary, the characters and ne'er do wells, and this was it. FFA’s Base Camp. Lovely vibe.

We simply cruised through a wonderful weekend – we came home as red as berries and as happy as bunnies. Here’s just a snapshot of some of the quality acts that enthralled us. It’s all opinion and this happens to be ours, and if we listed everyone on the bill then it would just be, well, a list. Safe to say that the quality across all the stages was excellent, as incidentally, were the sound systems. 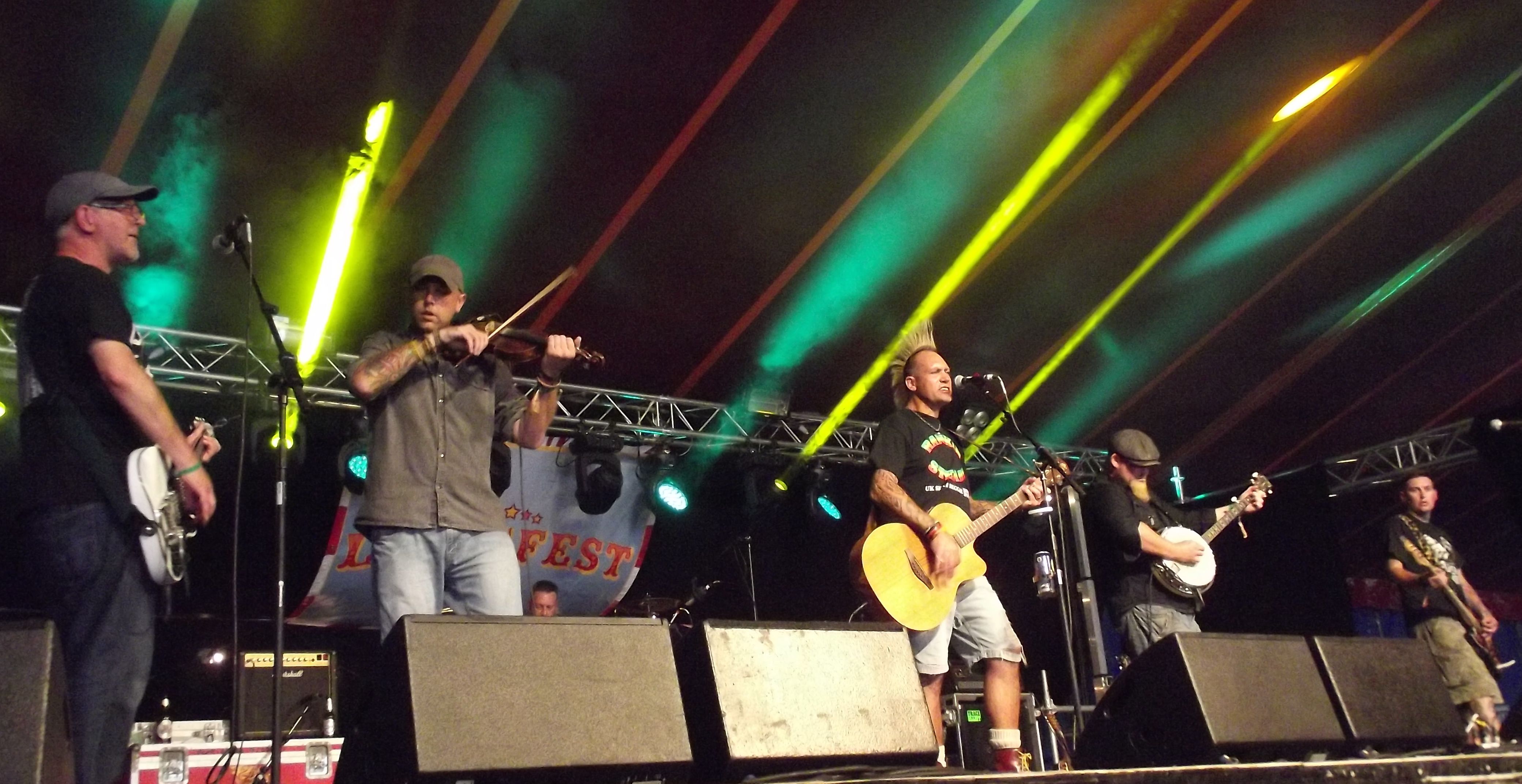 On Friday we kicked off proceedings with the excellent Ferocious Dog. This is punk-folk rock of the highest order and no wonder they received one of the best crowd reactions of the entire weekend. The place was bouncing along as a truly splendid band, enhanced with the recent addition of ‘Fruitbat’ (blessed be his name) Carter on guitar, belied their relatively early billing with, frankly, a performance worthy of an headline set. Plaintive, emotional lyrics underpinned with some fine reeling folk rock jiggery-pokery certainly had the travelling ‘Dog Pit’ full-on moshing to the amusement / amazement (delete as appropriate) of the rest of the crowd. Hell Hounds indeed. Excellent.

Goldie Lookin Chain … what can I say? Funny, entertaining, visual, hyperactive, and offering cracking value; this act is no one-trick pony; they produce some fine beats, driving rap, and a great crowd reaction. They moved so fast in a full-on manic set that FFA still has no idea exactly how many were in the band! A worthy addition to any festival bill. 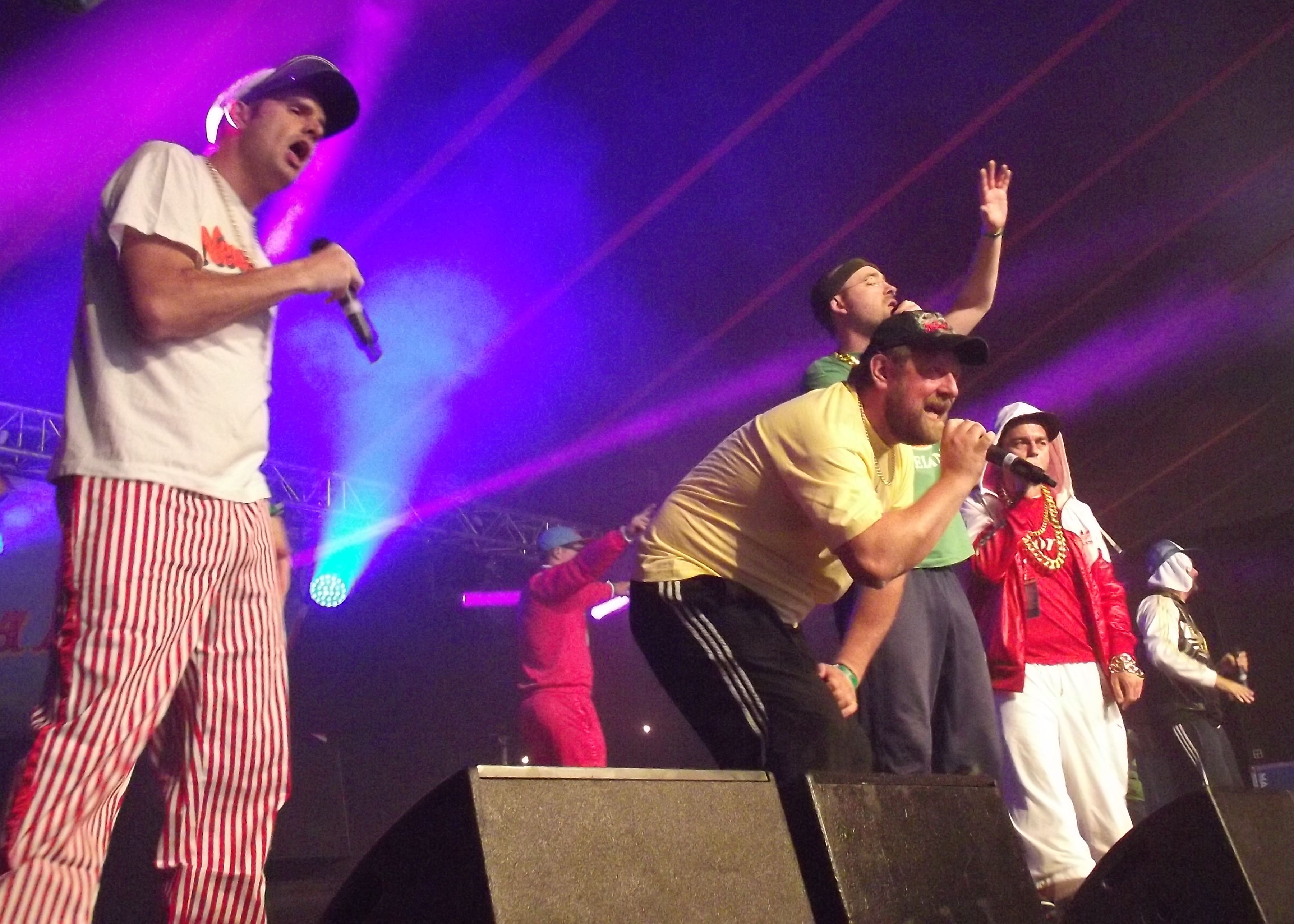 All roads led to Ash to close the main stage. This is a class act and certainly one of the sets of the weekend. They were simply stunning. The years have been physically and musically kind to these guys. There is a freshness, variety, and vitality to their music which belies their early years chart success. This is a band that has progressed and grown in the interim. The classic hits were seeded throughout the set of course. They closed the show with a rapturous, singalong version of ‘Girl From Mars’ which, as they are wont to say in entertainment circles, ‘Brought The House Down’. Splendid. 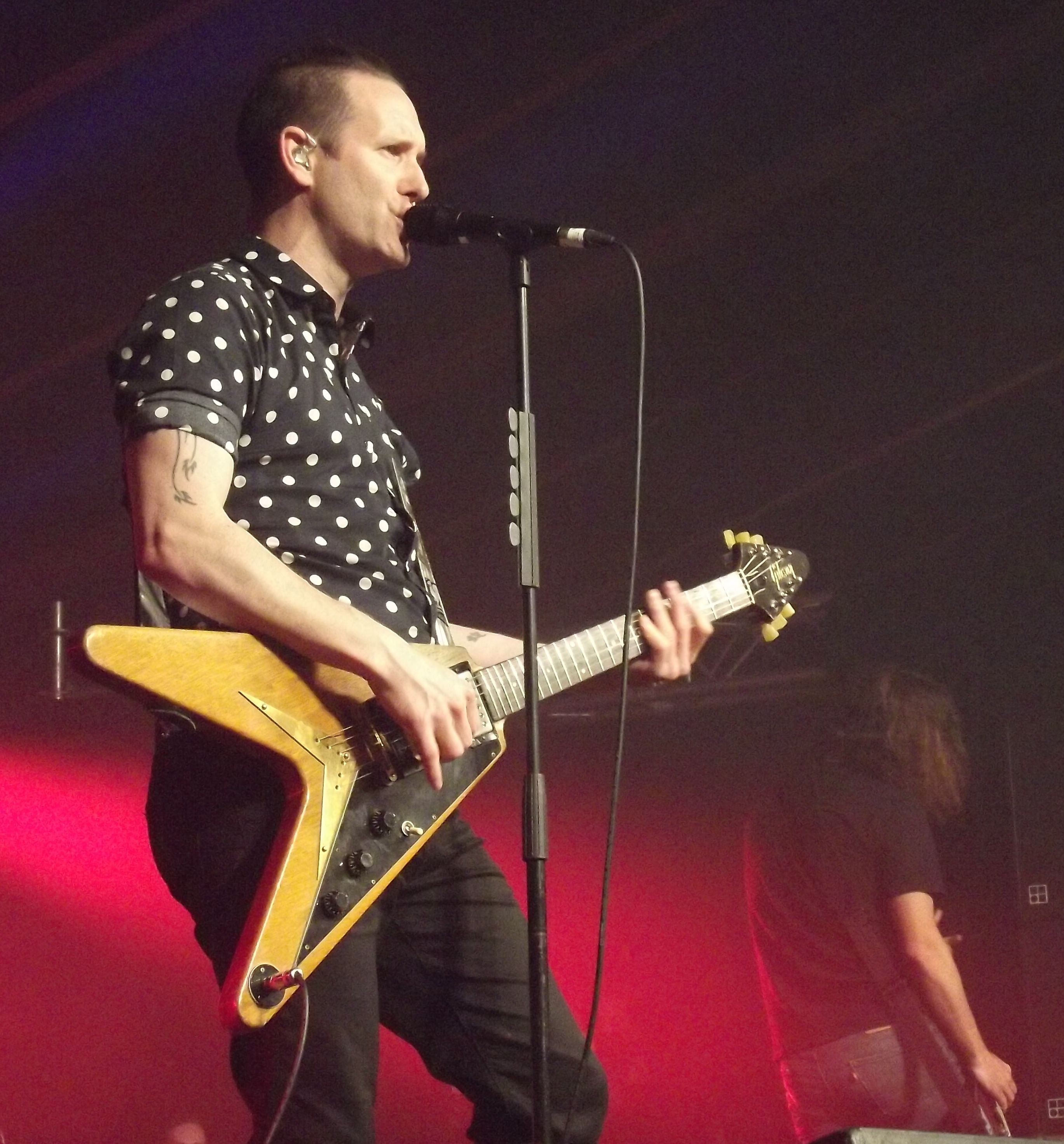 Saturday we took in the rearranged Roving Crows set. Some wonderful country blues acoustics in the mix interlaced with Caitlin Barrett’s addictive fiddle laying down a heady concoction of hoedown and Celtic reels. O'Neill’s throaty blues vocals were simply the icing on the cake. They finished with an absolutely stonking ‘The Devil Went Down To Georgia’. Yet another crowd pleasing band on this great Lakefest bill.

There are some bands that are guaranteed to deliver. The ones festival organisers don’t think twice about booking; you just know in your water that a great set is in the bag. Well Dreadzone are one of those elite outfits. They can play anywhere, anytime, any stage, and still steal the festival. So it proved at Lakefest. For best crowd reaction and involvement this was arguably set of the entire festival. From ‘Iron Shirt’ through to ‘House of Dread’ the place was absolutely rocking. It was as if front man MC Spee was feeding off the intense Lakefest vibe and then feeding it back into the crowd. An electric, charged good-time atmosphere which typifies what festivals should be all about.

Blimey. Billy Bragg. One Socialist that never went out of fashion. I guess to some Bragg is a ‘Marmite’ artist, but reaction to his thoughtful, reasoned, and humorous, political viewpoint certainly resonated with the majority of this packed audience. Bragg has a back-catalogue of fine songs of course littered with powerful words of hope and injustice and an ear for a catchy tune; none more so than ‘New England’ with the crowd in fine voice singing along word-for-word. Another bit of Lakefest audience-artist bonding in the bag. 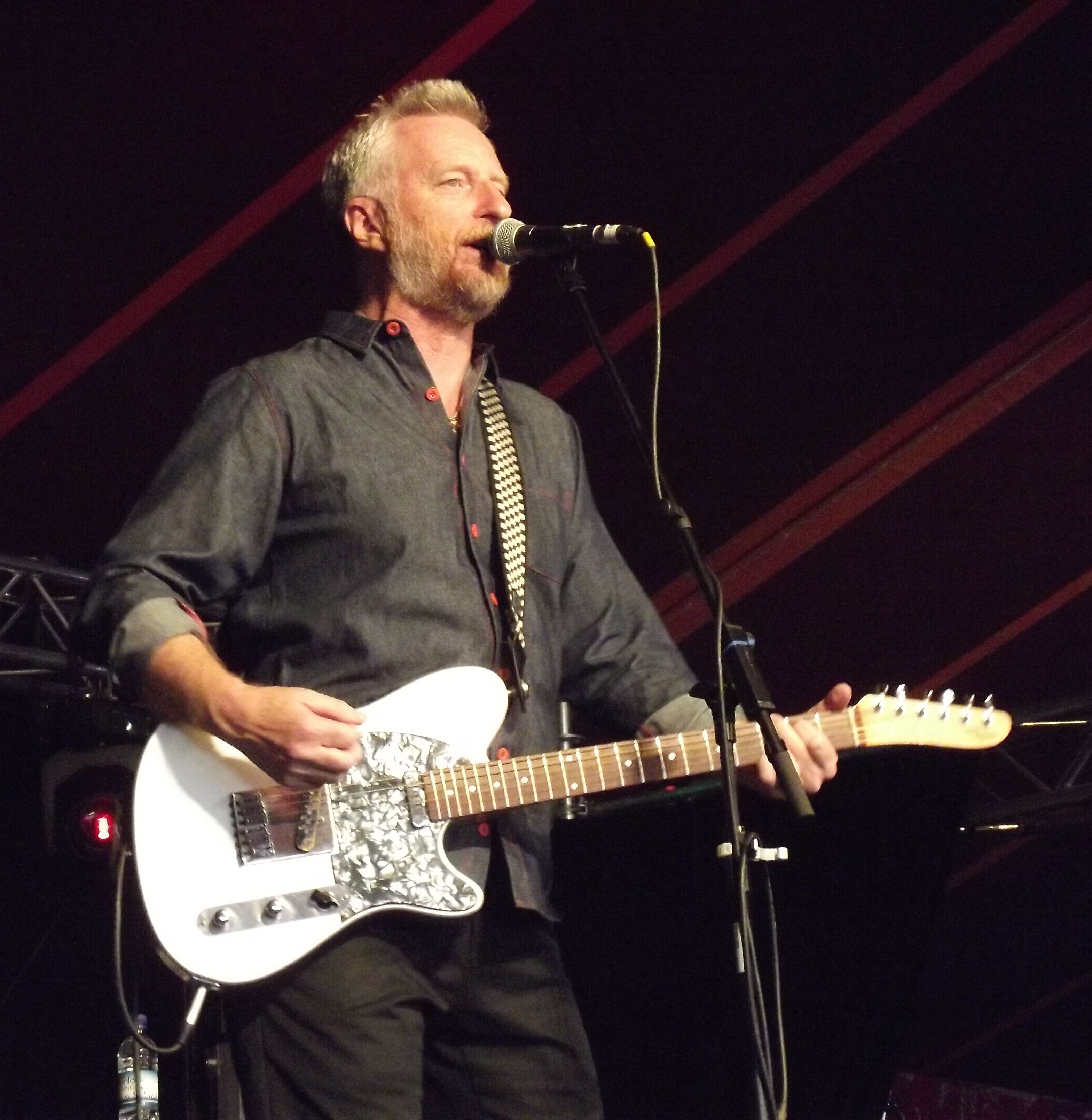 What a fine band The Outcast Band are. If there was any justice in the music business (who am I kidding), this band would be big. Very Big. They simply thrived in the intimacy of the Floating Globe tent producing a sweaty set of power and intensity. Difficult to label (as it should be), there is a wonderfully rootsy melodic element to their sound augmented by some driving folk-rock and blues undercurrents. The interplay between ‘Grisly Adams’ Kay’s vocals & guitar and the excellent fiddle of Godfrey was an absolute delight and indicative of the depth of talent Lakefest had on offer around the peripheral stages.

Sunday, N-Trance were excellent and had chock-a-block Garden Tent completely in the groove. Singer Lynsey-Jane Barrow & rapper MC B delivered a masterclass in the dance genre; great rap, polished interplay between the pair, some fine vocals, and enough beats to get the whole tent jumping. This pair’s personality simply filled the large stage with a great show.

Hayseed Dixie really hit the mark in the tea-time slot. Still tongue-in-cheek chancers with their hillbilly rock takes on all and sundry, they are nonetheless fine musicians and their musical interpretations add another fascinating dimension to some classic tracks. They went down a storm. Only perhaps ‘Bohemian Rhapsody’ failed to hit the mark for this reviewer at least. A great sunny Sunday afternoon band and inspired programming from the organisers.

Magic Numbers closed off the music with an absolutely cracking set worthy of the occasion. There appears to be a harder edge to the band these days – and they are all the better for it. This was a great rock set from a talented four piece with some first class energetic bass playing from Michele Stodart. There is a hint of fragility to some of brother Romeo’s haunting vocals which had the swaying crowd absolutely enraptured. 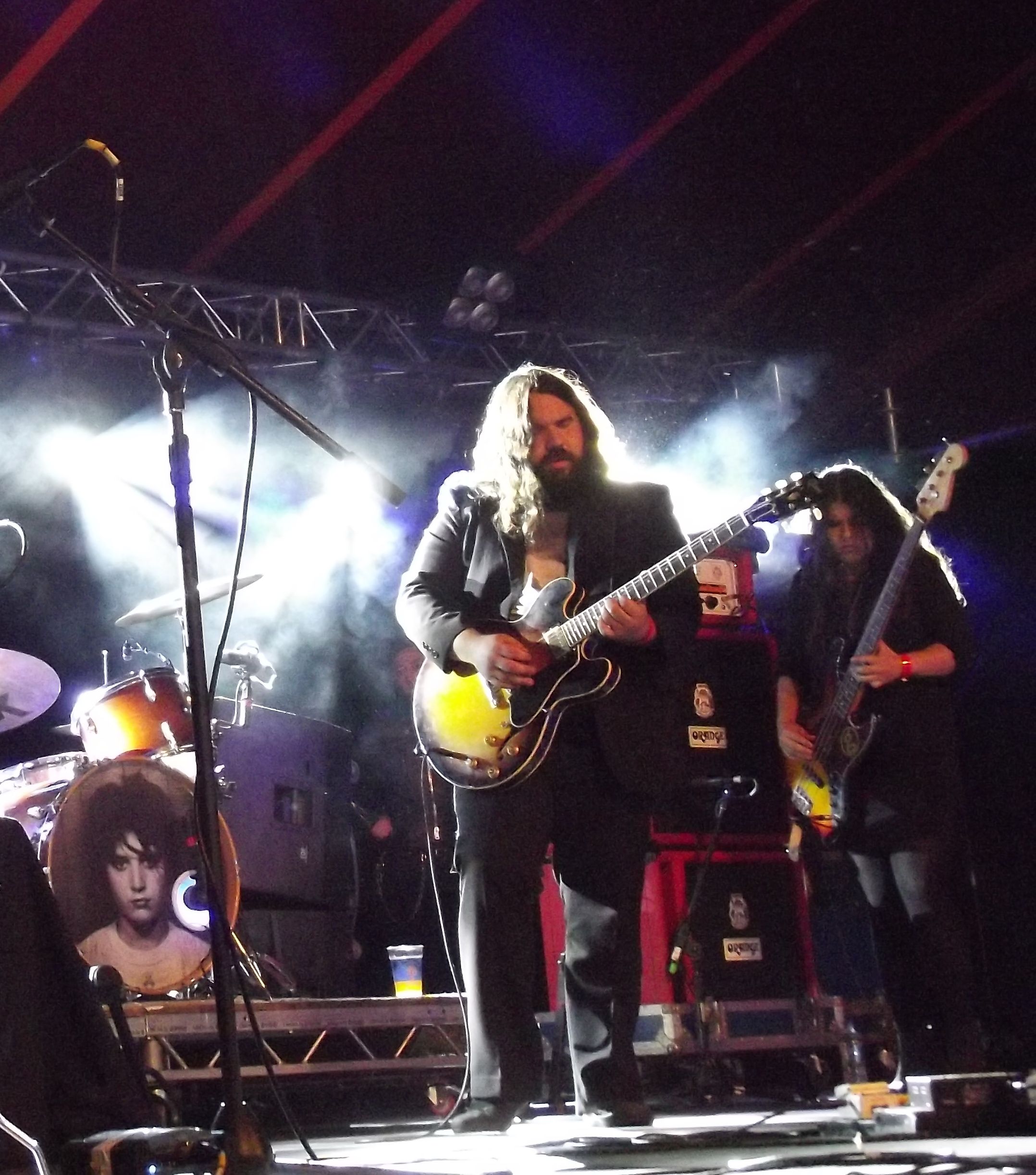 FFA are absolute suckers for a Silent Disco – even without headphones (Don’t ask). This provided one of the Magic Moments of the weekend, which, in its way, epitomises everything that the Lakefest guys have managed to create in four short years. EVERYONE got into it. The Garden Tent was packed and you could almost taste a truly magical vibe slowly building. It was of course surreal, that’s the beauty of silent disco’s. FFA shed our cans and simply wandered amongst all these shiny happy people having a really, really, wonderful time marching to their own tune. Then they piped in ‘Hey Jude’. (Aye, what’s wrong with a little sentimentality?) The organisers and their kids came on stage, the stewards and volunteers joined them. The artists joined them. The crowd joined them. Then, one by one, people started removing their headphones, and began to sing their hearts out - together. The technology forgotten – the humanity remembered. One big community. One big family. That’s what Lakefest is all about.

… and finally. Lakefest is on the move to Eastnor (site of the late, lamented, Big Chill) next year. If Lakefest 2015 taught us anything, it’s that line-up and location are but small facets of the make-up of a great festival. It’s people, its ‘The Family’ that really matter. Lakefest will carry their people with them. 2016 will be one hell of a year. Trust me. 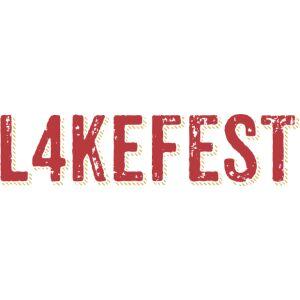