Green Man 2016 was exceptional; an absolute class act in all departments. As relatively experienced reviewers we would place it is up there with the best for sheer diversity and quality of experience.

Many festivals play lip service to providing an ‘Arts’ element to complement the musical offerings – with Green Man the range, scale, creativity and imagination of the different non-music offerings simply took the breath away. This reviewer has banged on for years with the adage ‘that if your idea of a great festival is big bands in a field then you’ve been going to the wrong festivals’. Never has a festival proved the point so much to us as Green Man. The musical element (excellent though it was), is but one small cog in Green Man’s very big wheel. The range of different experiences was, well, a little overwhelming. 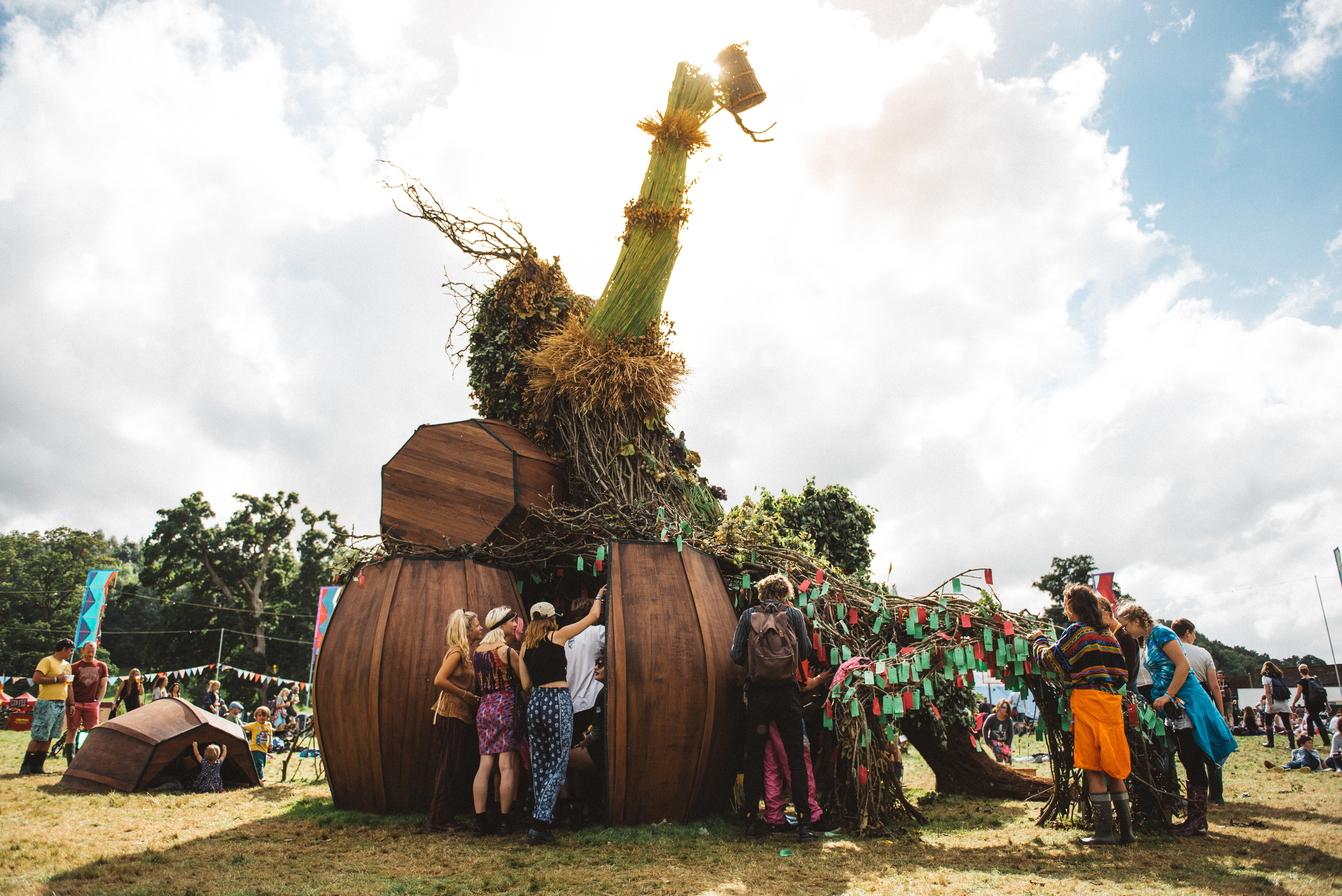 For us, Green Man 2016 will forever be ‘The Festival of Distraction’; we would zealously map out the day and set a course to see something or other, and then be totally hijacked and fully immersed in something totally different that had fascinated us en-route. So the days went. Green Man will bring out the butterfly in you – fluttering from one delight to the next, savouring the nectar until something else catches the eye. And it was wonderful.

So what did the £175 ticket price buy the twenty thousand sell-out crowd? Well, absolute quality for starters; everything about Green Man appeared just right – from the organisation and management, to the stewarding, to the facilities, to the site design and installations. There was frankly nothing much at all to fault with an attention to detail which put many of their peers to shame. Just one random ferinstance to prove the point – disabled facilities. Every single toilet cluster throughout the site had at least a couple of disabled units, each only accessible with a RADAR key to keep out the unscrupulous able bodied . How civilised, and how very Green Man, to normalise the festival experience for all their patrons. [Other festival organisers take note please.]

Green Man offered at least ten distinct zones including a huge banked main stage area, dedicated kids (Little Folk) area and activities for young (and not so young) adults in the Somewhere zone, a funfair and loads of musical stages. But then it gets really interesting. They offer a full blown cinema schedule in the huge film tent, a great full-on science and education zone, and excellent spoken word events in the Babbling Tongues area, plus countless workshops and loads of hands-on experiences. Each zone typically contained multiple stages, bars and entertainment areas. No wonder we were distracted. And that’s not the half of it; virtually around every corner there was always something fresh to Inform. Educate. Entertain. Oh, and did we mention all the bars? Most with music, including dedicated Tequila and Rum bars? And the piss de résistance (sorry), a mammoth Beer & Cider festival. Think over 100 different strong beers and ciders at £4-£4.50 a pint and it’s no wonder most barrels ran dry by Saturday night. Everything was locally Welsh sourced in keeping with the, erm, green Green Man ethos and we downed some cracking pints. 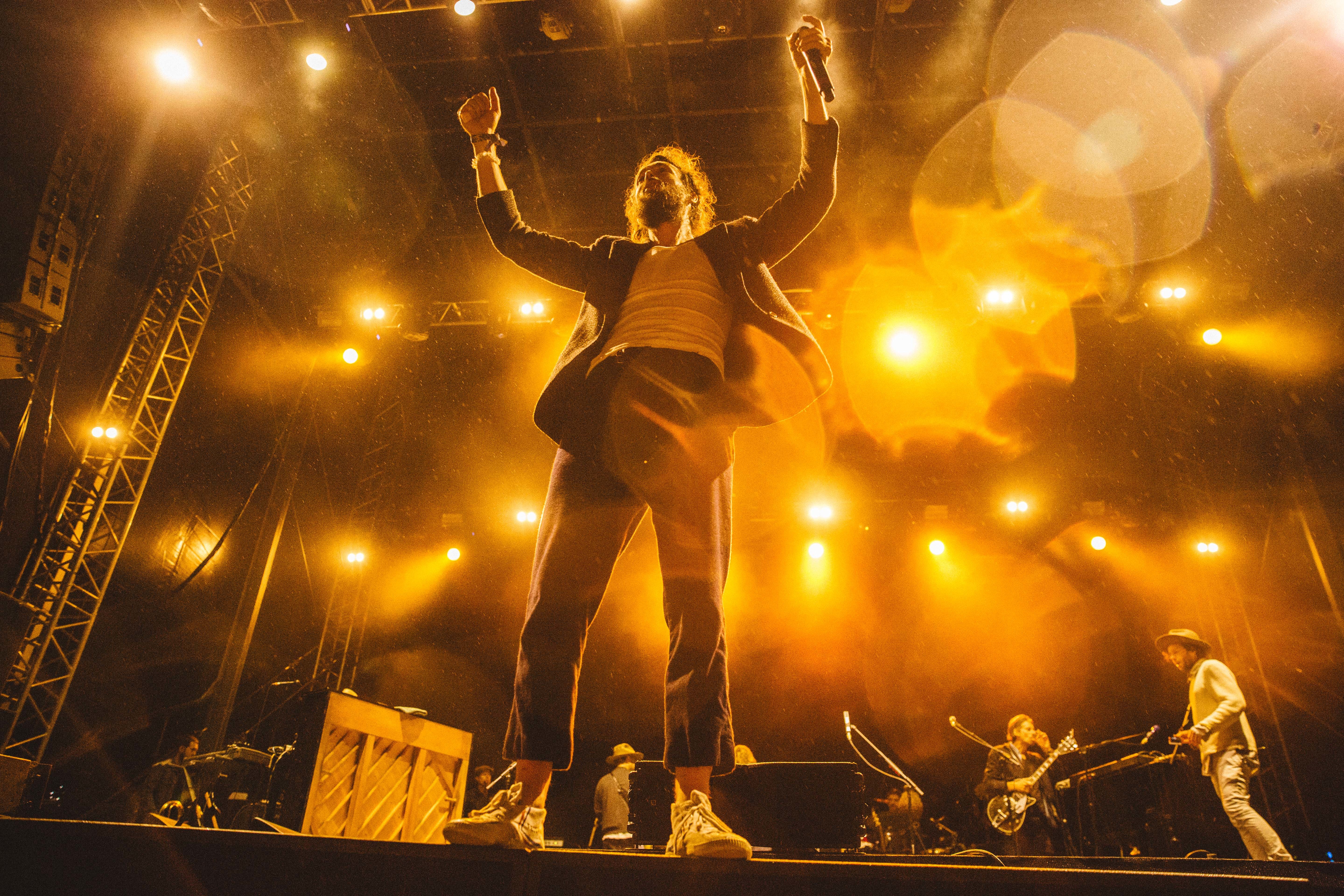 Night Bird? Now Green Man has one of THE best late night scenes this reviewer has experienced in many a year for a festival of this size. Quality live music (and comedy) on most of the many stages through until 2am, with the odd ‘secret’ gig somewhere around the patch running much later. Overlay that with a bouncing club scene through until at least 4am and Green Man provides Party Animal Heaven. Interestingly, given the excess opportunities, Idiot levels were remarkably low, even on general camping, and Green Man provides, in the round, a rather civilised experience whatever your bag.

Like the majority of punters, we rocked up on Thursday and the carpark-registration-camping experience was relatively painless. It’s the nature of the beast with medium sized festivals that there is always some trekking involved, but Green Man was no worse than most. From then on we had an absolute ball. Here is just a small snapshot of our headline experiences. If you were lucky enough to be there you will certainly have your own favourites. This is ours…

Thursday night entertainment was a little limited but offered the magnificent Wild Beasts rocking the Far Out stage. Such were the numbers of Thursday arrivals crowding the area that we never even got to see the band’s heads! Sounded mighty fine though! 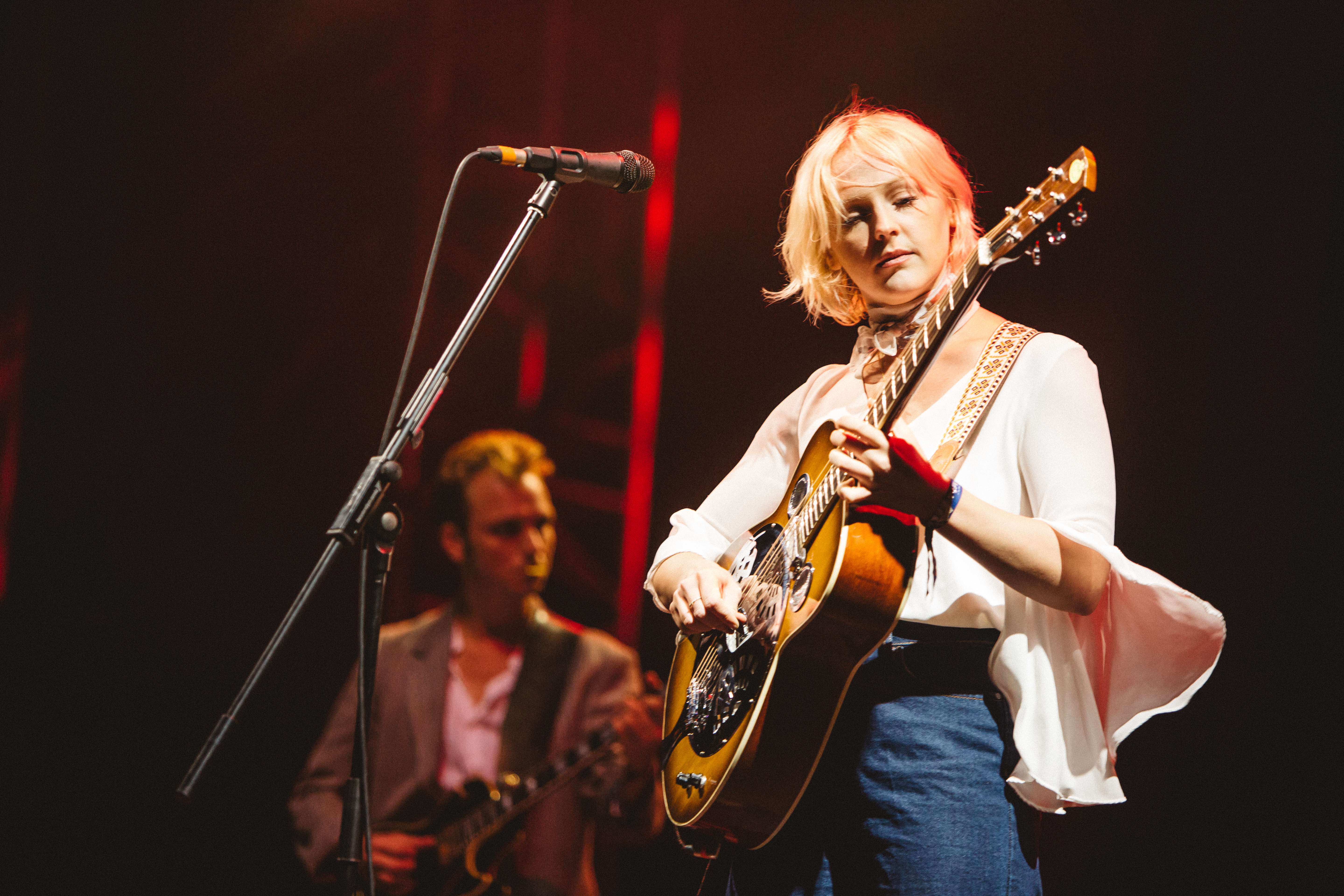 Friday was a bad day for weather (it got worse mind) but a great festival day with Meilyr Jones rocking the main (Mountain) stage with some fine tunes and a nice line in laconic banter before one of many distractions – Dawn Foster in Babbling Tongues. Social affairs commentator and Guardian journalist Foster spoke eloquently on feminism, life, the universe, and everything. Rather like the dear old Grauniad itself, Foster was 90% sound, socialist based reasoning, and 10% right-on bollox. Just as it should be! An excellent 45 minutes. Next up was arguably, for this reviewer at least, set of the festival – Kamasi Washington. This stunning jazz saxophonist is astute enough to surround himself with some fine musicians (even his dad guested!), not least the brilliant Miles Mosley on acoustic bass who simply blew FFA away. A wonderful set gleaning probably the best crowd reaction we witnessed for any act at Green Man. Excellent stuff. Such is the legacy of David Bowie that the midnight Let’s Dance Disco in the Cinedrome had crowds queueing halfway across the site! What the hell - we danced outside in the rain. FFA caught the last five minutes of Charlotte Church’s Late Night Pop Dungeon (those distractions again), which looked excellent before taking in the fine 1am set of Chainska Brassika who’s infectious electro-beat driven ska at the Chai Wallahs stage had FFA dancing into the night.

Saturday was just a blur of fine music, great comedy, and those distractions again. A new band to FFA, Cavern of Anti-Matter had this reviewer bouncing and is up there for at least set of the day. Producing a genuinely different take on modern psychedelia this is exactly why you laud festivals like Green Man for providing a forum for class acts such as this to showcase their fine work. Go check ‘em out. We caught some excellent comedy through the day – with best of an excellent bunch being Chris Martin whose surreal observational / behavioural humour managing to lift the spirits of a rather flat crowd. Laura Marling produced a great set over on the main Mountain Stage, only marred by the weather, before FFA bounced between Fat White Family and Future Dub Project – both producing first class late night sets. 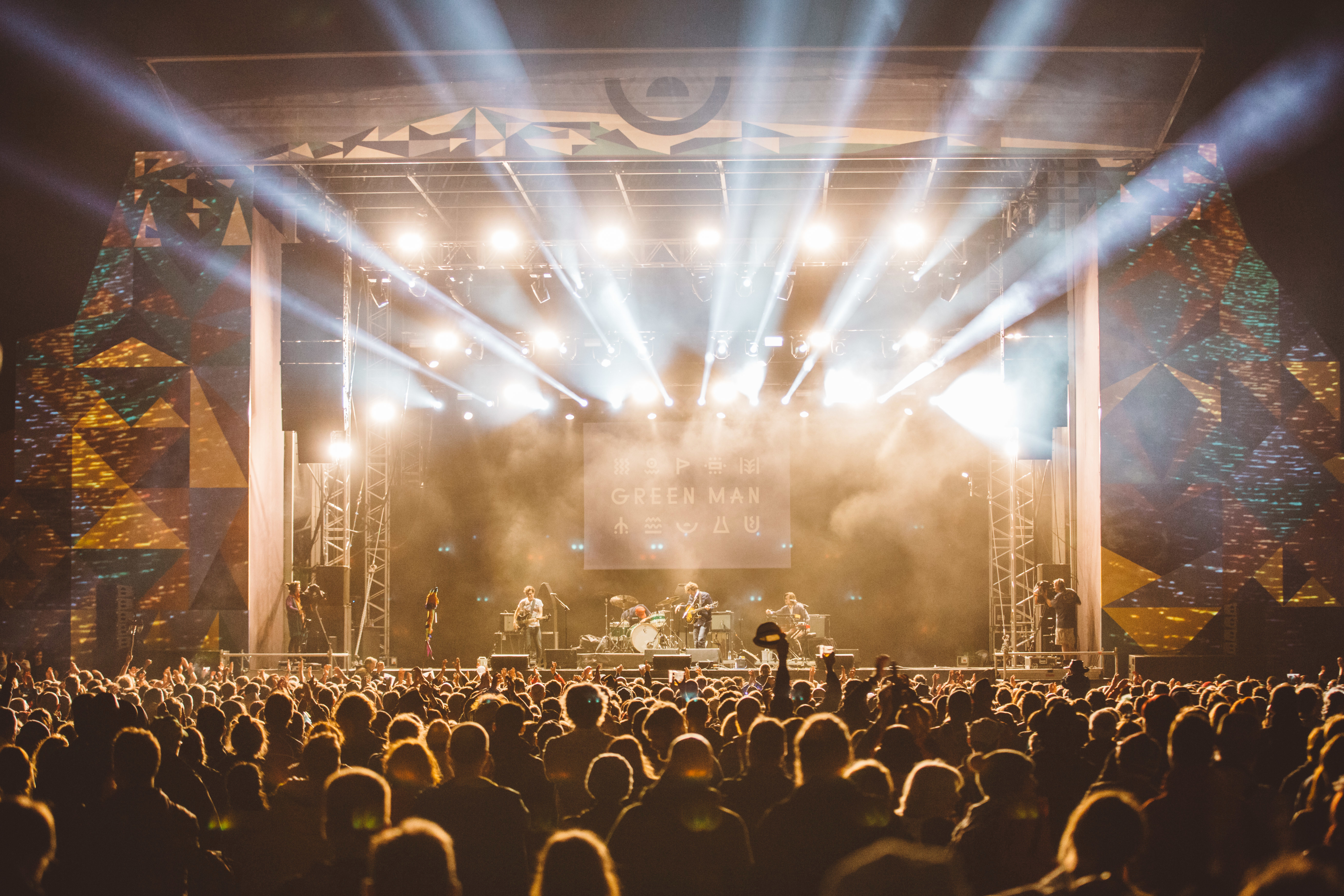 Sunday was probably all distractions with Louisa Ashley – Confessions Of A Newly Divorced Woman taking the biscuit over in the Omni-Tent. Part poetry part monologue, this was someone prepared to lay their life out in front of you in forensic detail. Bitter-sweet, funny-sad, the sheer humanity of her situation overwhelming. A very moving and rewarding half hour.

Local Welsh outfit Cowbois Rhos Botwnnog were absolutely excellent over at the brilliant Walled Garden stage. Watching this crew perform, mostly in Welsh, against the beautiful Brecon Beacons backdrop made me appreciate why Wales is now my adopted country. An extremely talented crew with great support from their local followers – a set to remember. So, err, don’t forget that name now. Belle & Sebastian delivered a wonderful set over on the Mountain stage, and no disrespect to the other mainstage headliners, but their upbeat bounce was just the pacing that a cold damp evening demanded. With an extensive back catalogue this was a splendid set to round off Mountain stage proceedings. After the famous Green Man burning malarkey we caught the extremely funny Jarred Christmas in the 1am graveyard shift over in Babbling Tongues. Some great takes on the British psyche from an antipodean perspective ended the whole shebang for FFA and we finally retired contented and happy bunnies. 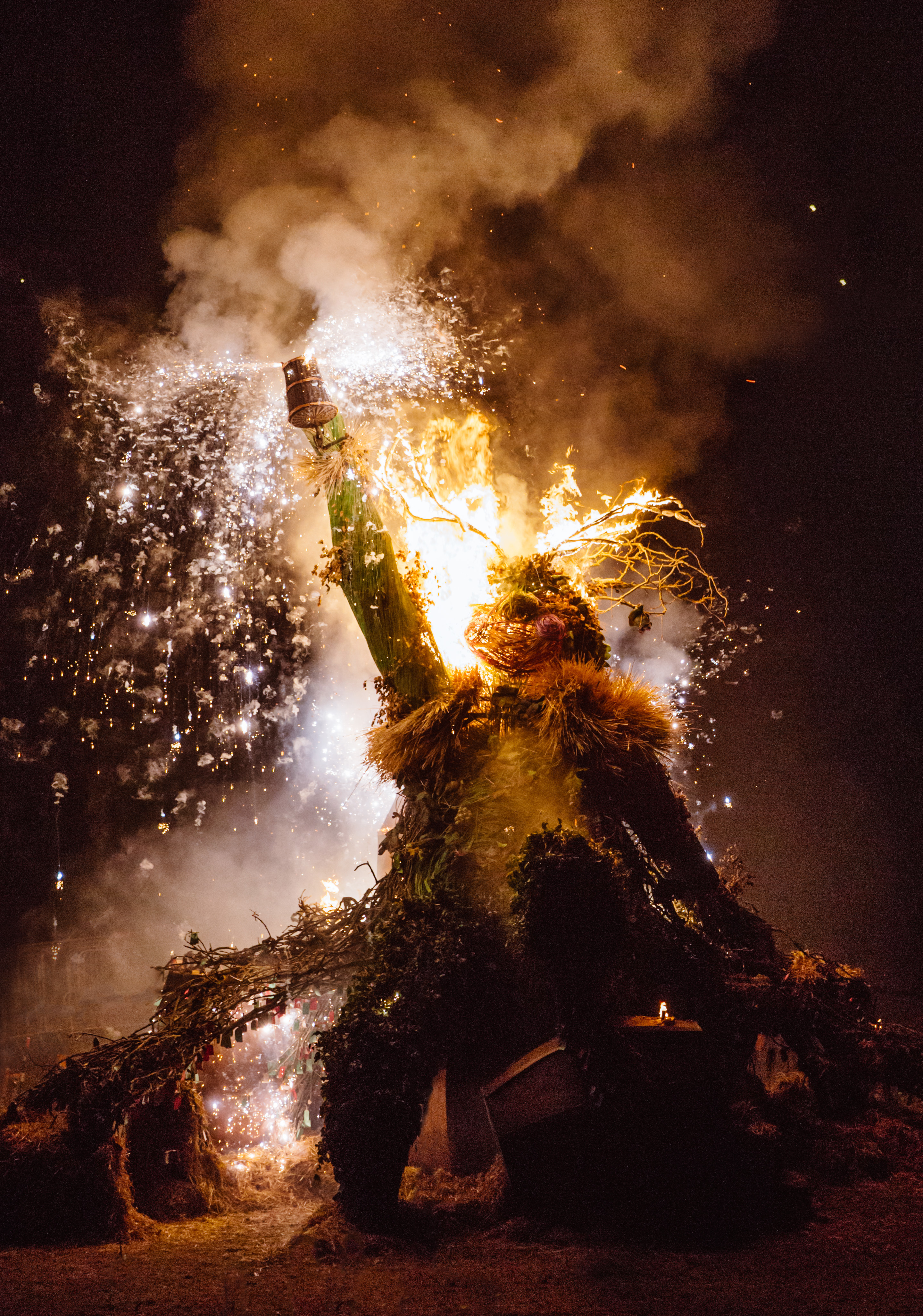 So that was Green Man. A great festival where the music is rightly secondary to the overall experience. A festival where you could easily fill the day and never hear a tune played. For all ages, interests, and peccadillo’s, there is genuinely something for everyone at Green Man. Just make sure you get distracted. 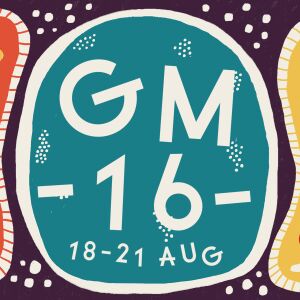