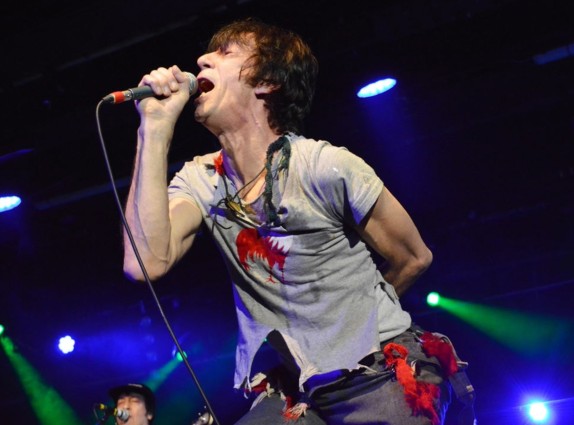 This was yet another excellent Butlins music festival. They really have got these winter music breaks sorted. Now make no mistake, Butlins offer all sorts of weekends that, rightly, cater for all tastes, but events like The Great British Alternative Music Festival are genuine legit Music Festivals. It’s a festival crowd. A festival atmosphere… but in winter, with no mud or camping hassles. Our FFA Reviewers can’t rate these things highly enough. It’s festival fix in March!  What’s not to like.

We thought the Alternative Festival splendid.  Not only were the calibre of classic acts on offer absolutely on the button, but the artist roster managed to cover all the bases of the era’s ‘Alternative’ scene in some style. Anyone with a passion, or even a passing nod, to that late 70’s / 80’s mayhem will have found something to like. Old school Punk to Ska, pop-rock to Oi, it was all in the mix.

The Alternative festival attracts a great crowd, always up for singing and dancing and getting lost in the moment. There is a comradery here. Thousands of like-minded spirits revelling in a shared community. The spirit of the age lives on. Have. A. Good. Time. All. The. Time. 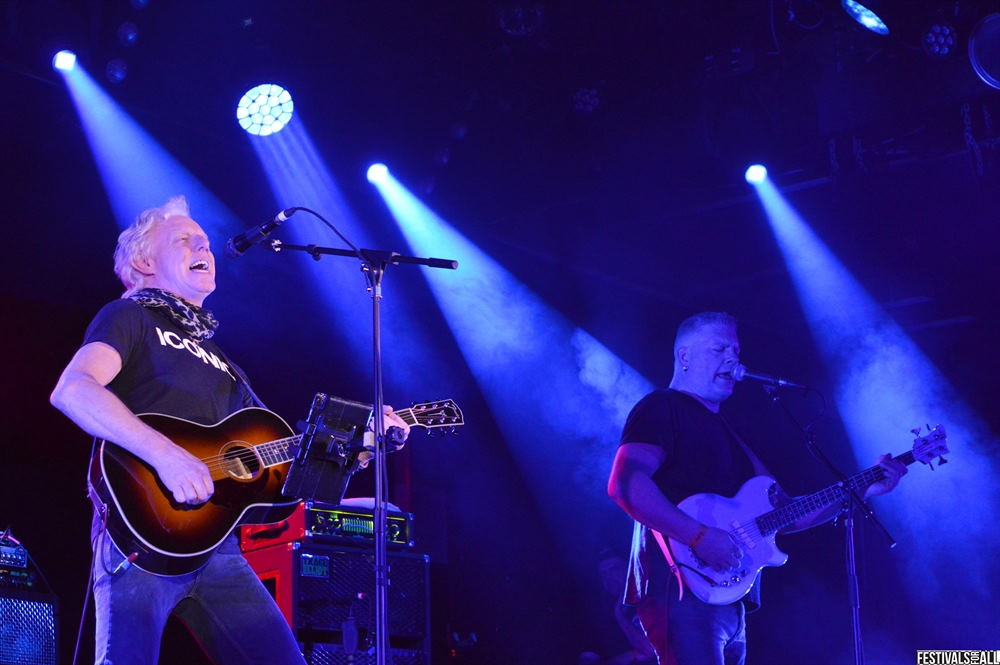 The Minehead Resort is an excellent location; modern, contemporary, and with a range of accommodation and eating options to suit most pockets.  Away from the music, there are pool halls, Splash Worlds, and host of other goodies to provide distractions, and more than enough bars and eateries to satisfy mind and body. Lovely Minehead is only a couple of minutes away. If you’ve never tried these weekends – Do – they really are wonderful.

Expect a few thousand happy punters spread across two large auditoria, plus a third, Introducing Stage venue to watch upcoming and unsigned new acts. Whilst the two large stages run concurrently, its easy enough to hop between the two if you can drag yourself away. The audience make the festival of course, but they need a portfolio of great acts to light the fire. The quality at Alternative was universally excellent and we witnessed some splendid stuff.

And so to the bands themselves… It’s all opinion mate. FFA missed loads, we also omitted some great acts due to lack of space. Rest assured we always had a drink in hand and smile on our faces wherever we were. If you were blessed to attend, you’ll have own favourites – this happens to be ours. 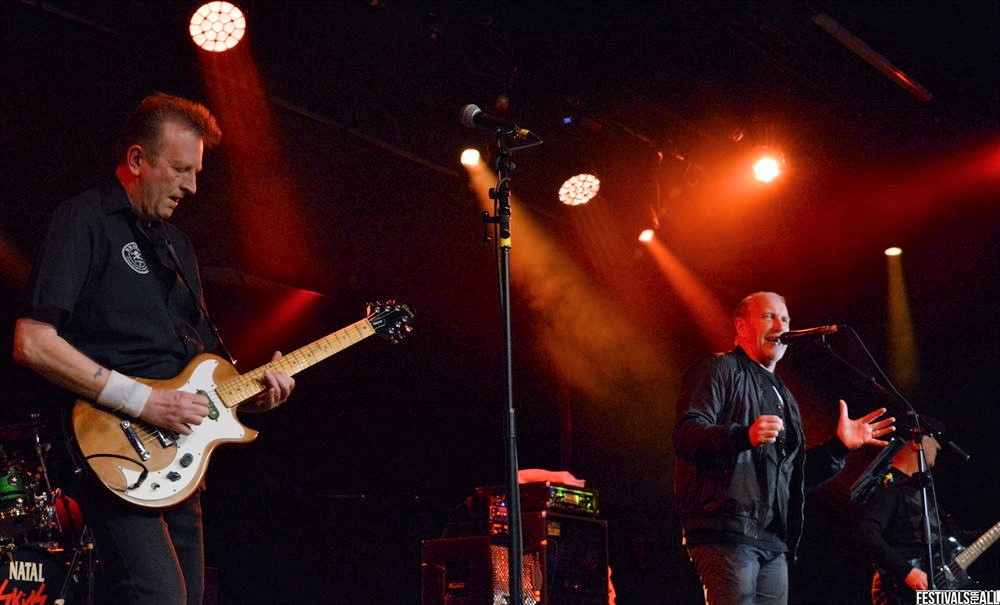 Now then – some bands are FESTIVAL bands; a Promoters delight, always cast iron guaranteed to deliver a great show whatever the event. Big Country are one such outfit. Dynamic and musically excellent, the band had the crowd singing and bouncing from the off, and long before they raised the roof to ‘Chance’. A cracking start to festivities. The Watson boys hotfooted it over to the Skids camp later to continue the blistering pace. Frontman Jobson stalked the stage with real menace, slandered all and sundry, and threw some, erm, interesting shapes. The set drifted in the middle portion for this Reviewer at least, but after the classic ‘Into The Valley’ rocked the joint then all was well with the world. 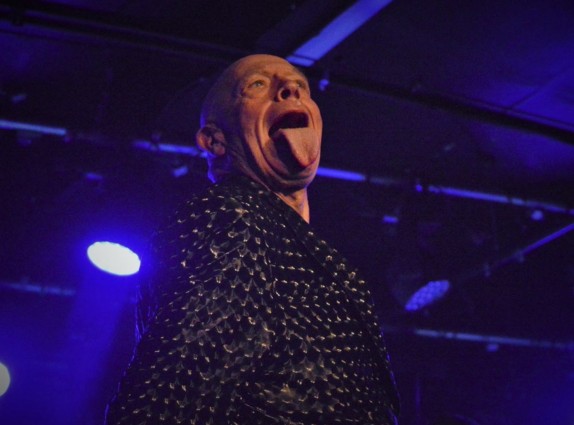 Friday night was proof positive that a decent Ska band will spread The Good Times and get the world dancing. When that band happens to be Bad Manners then you just know you are in for something rather special, and so it proved. Buster, and accompanying tongue, were on top-form, Reds was hot and sweaty, and the atmosphere was buzzing as the crowd jigged and danced the whole set. Bloodvessel is astute enough to surround himself with some fine musicians and the set simply fizzed along. Highlight of a great hour being a wonderful singalong to ‘Can’t Take My Eyes Off You’. An absolutely class act to finish the night for FFA. 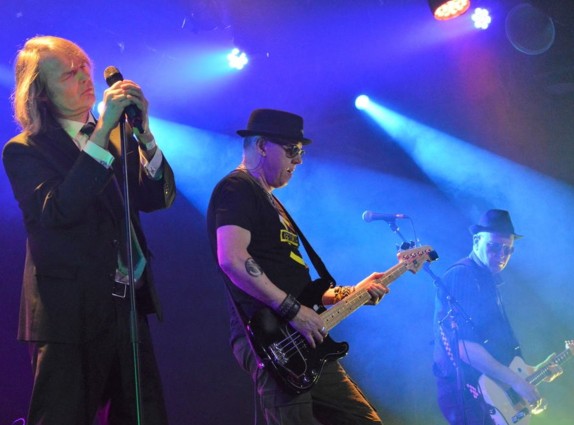 Peter And The Test Tube Babies got proceedings off to a thumping start with some thrilling percussion and a frontman hoarse with the effort. It was all worth it lads. Great set to start the day. Highlight of a smashing Saturday afternoon were the surprisingly excellent Department S. Tight as a nut, musically excellent, and front man Roxy’s laconic style simply owned the stage. The guitar breaks in the extended ‘Is Vic There?’ were thrilling. Rezillos axeman Thompson excelled alongside Heggarty, and the final performance of bassist Pete Jones with the band ended in true rock & roll style with said instrument smashed and mangled; pretty much like this old Reviewer much of the weekend. Oh Lordy – The Rezillos were splendid. Thompson had a quick swill, changed his vest and pants and continued the mayhem with this fine band. The interplay between larger than life characters Reynolds and Fife was electric. A great set simply excelled with ‘Tiny Boy From Outer Space’ out there by a country mile for most amusing lyrics of the weekend. 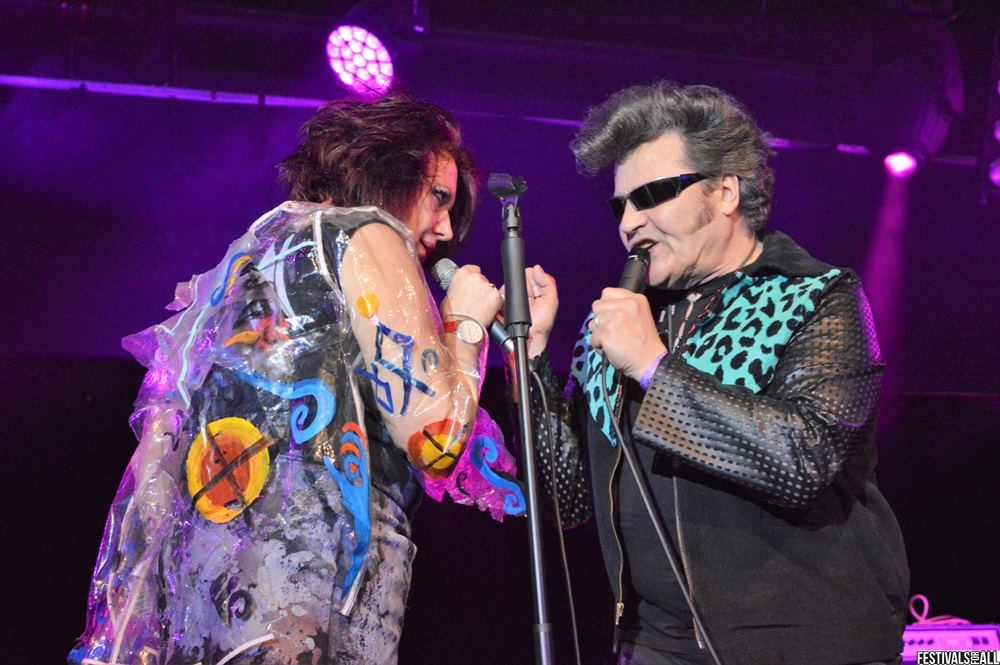 Never, Ever, Never prejudge an artist… Toyah was absolutely superb. The woman looked and sounded stunning, with a voice as clear and pure as the driven snow. The passing years have done wonders for the voice – the range and tone were faultless. She flaunted her multi-genre back catalogue with great aplomb. This was a proper show, and across a weekend where a number of attendant bands covers and tributes sometimes failed to hit the mark, Toyah’s version of ‘Rebel Yell’ made the spine tingle. A great piece of programming by the organisers and a worthy addition to the line-up. A wonderful Red’s headliner. Loved it. Now then – two ‘Tribute’ acts to close Saturday night … Hmmm. Misplaced in this Reviewers ‘umble opinion. [Discuss]. 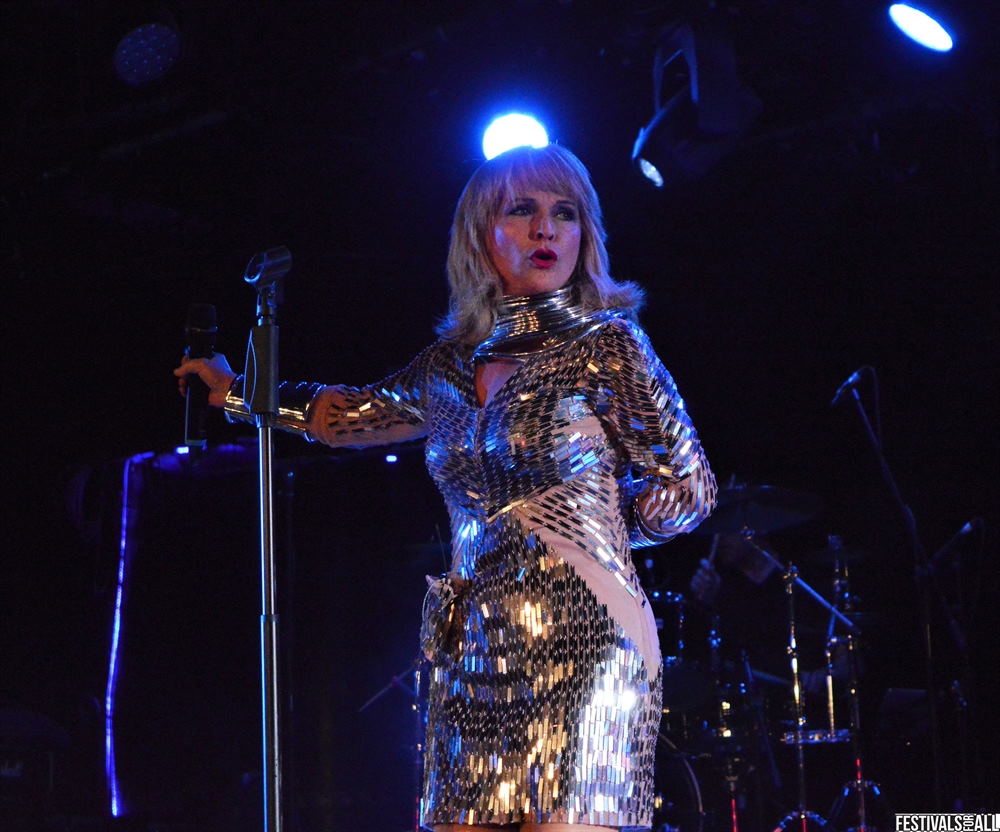 Never mind the bollocks – it’s The Members!  Two songs more than any others define the era for this Reviewer; ‘Public Image’ (of course), and ‘Sound Of The Suburbs’. It all got rather emotional to hear the latter. Those boys can play, throwing in reggae breaks and some splendid solos. Another fine band to kickstart the day. 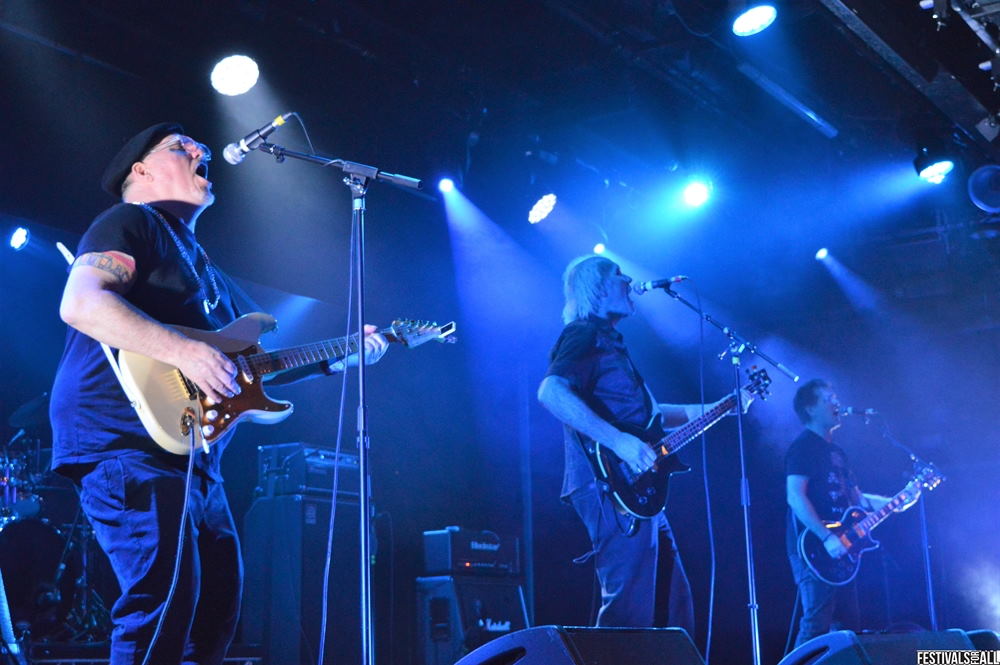 The Neville Staple Band were excellent in a somewhat rushed 45 minute set. An otherwise brilliantly supportive crowd were rather muted for this one. Just one of those things I guess. Importantly, as division and chaos grip the country, the ethos behind the classic ‘Ghost Town’ has never been more relevant or sobering. 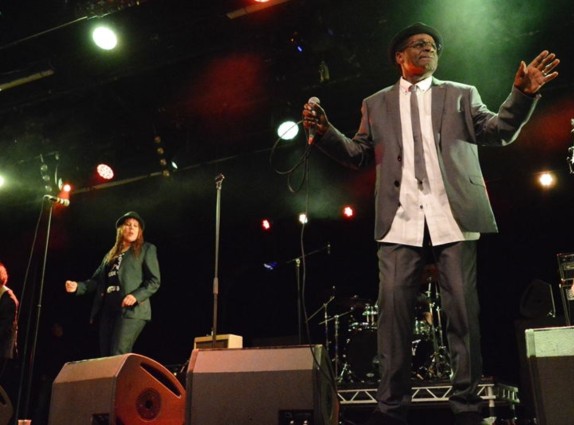 The Comedy slot over in Reds raised the spirits with Rich Wilson in particular turning in a very funny performance. A joyous racket from The Lurkers set up the crowd for headliners Sham 69. A disappointedly short 40 very odd minutes but containing enough two-minute classic Sham nuggets to get the crowd roaring. Pursey is the ultimate showman, and suitably barmy, proved to be absolutely mesmerising on stage. Arguably the best audience reaction of the entire weekend with virtually the whole of Centre Stage singing and bouncing as one. A great atmosphere. Strange how you never forget the words ‘… no, I don’t want a cup of tea’. Wonderful stuff. Finally, if ever a band illustrated the merits of staying true to your roots and the true spirit of Punk – then Cockney Rejects nail it. A blisteringly high energy powerhouse of a set. Turner was an absolute livewire. There is an honesty and conviction to this band, that in today’s increasingly contrived world, is all rather refreshing. Oi, Oi, Oi as they are want to say. 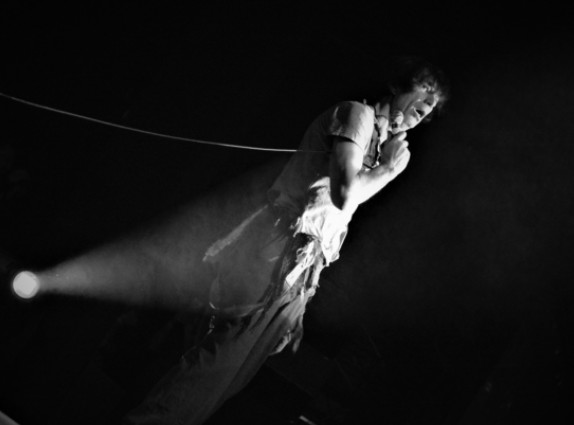 So there you go; a great weekend in a fabulous location with lovely people and stunning acts; as we said at the top – what’s not to like. 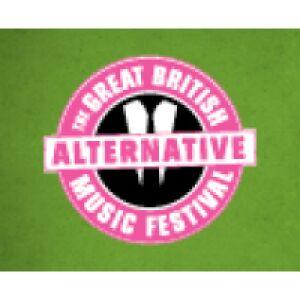