Giants of Rock 2017 Review
'.... a rare chance to marvel at a genuine collection of some of the most successful and talented rock musicians of any generation'
Tweet

Giants of Rock once again delivered a fabulous weekend of top quality rock music from global artists, and offered up some of the finest vocal performances and musicianship this reviewer as had the pleasure of witnessing in many a year. Factor in the excellent facilities offered at Butlins Minehead Holiday Resort and this was truly a weekend to relish. 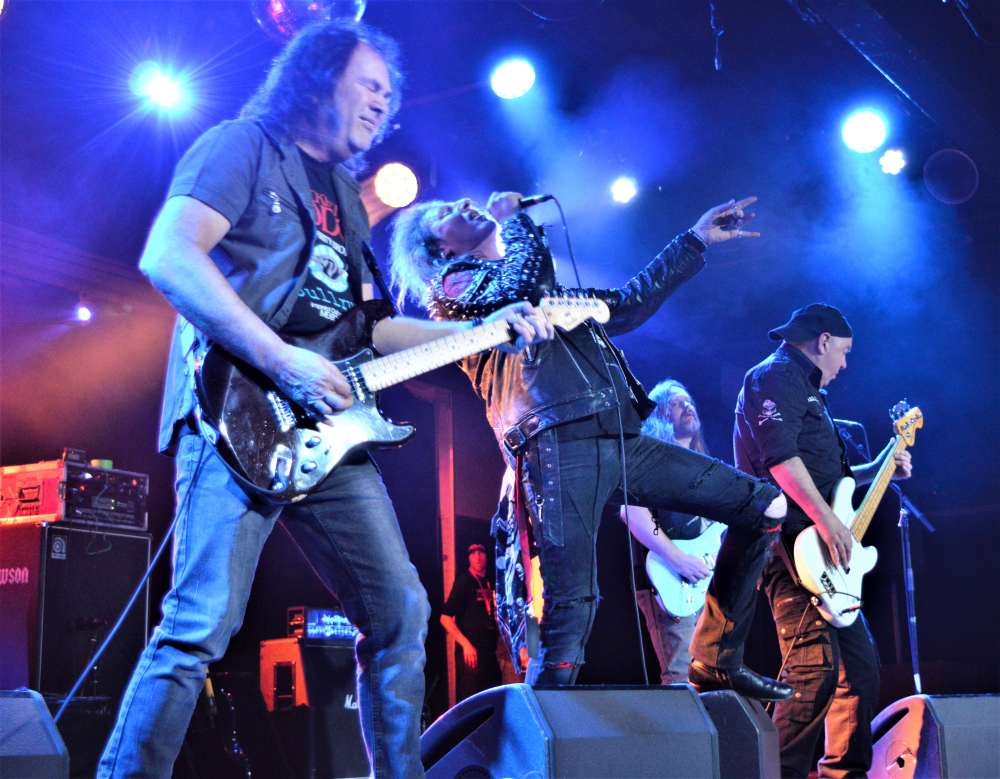 Let’s get one thing out of the way first; Giants of Rock is a real, genuine, indoor rock music festival. Butlins have worked very hard to establish events like Giants of Rock, and the equally excellent Great British Folk Festival, as legitimate winter alternatives to complement the summer festival scene. As a relatively experienced festival reviewer, it saddens me when I hear sniping from the ill-informed who dismiss these kind of events as akin to holiday camp variety shows and somehow unworthy of the attention of true music fans or the artists who appear. They could not be more wrong and really are missing out - those in the know had a blisteringly good time in Minehead! There is a place for everything in this world but please forget all about silly string and pink cowboy hats in the crowd and prancing Redcoats on stage… Giants of Rock is 100% ‘Rock Festival’ attracting a great rock crowd. Butlins too is far removed from the clichés of my childhood, and today offers a truly 21st century experience in their splendid Holiday Resorts like Minehead.

If you’ve never tried them before - the concept of winter music beaks is excellent. They provide a full weekend of usually fabulous music, with enough downtime during the day to take in a cream tea / more beer (delete as appropriate) in the lovely resort of Minehead a couple of minutes walk away. The auditoria are massive with plenty of bars and can easily swallow a few thousand punters between them. The facilities to eat, drink, and make merry are really on the button, and the accommodation options are wide enough to cover virtually everyone’s budgets and expectations. Butlins were offering some last minute accommodation + ticket bargains at GoR for an unbelievable seventy odd quid per person! It’s genuinely hard to fault on any level. Overlay that with a decent bed and quality facilities and it sure beats nights under canvas!

The format is two concurrently running main stages and a third, Introducing, stage. Due to similar capacities of the two main auditoria (Centre Stage and Reds), Butlins have elected to schedule start times on each stage in parallel … resulting in some very tough calls about which acts to see. However, the two stages are literally a minutes walk apart so it’s possible to take in concurrently running sets on both stages with minimal hassle. 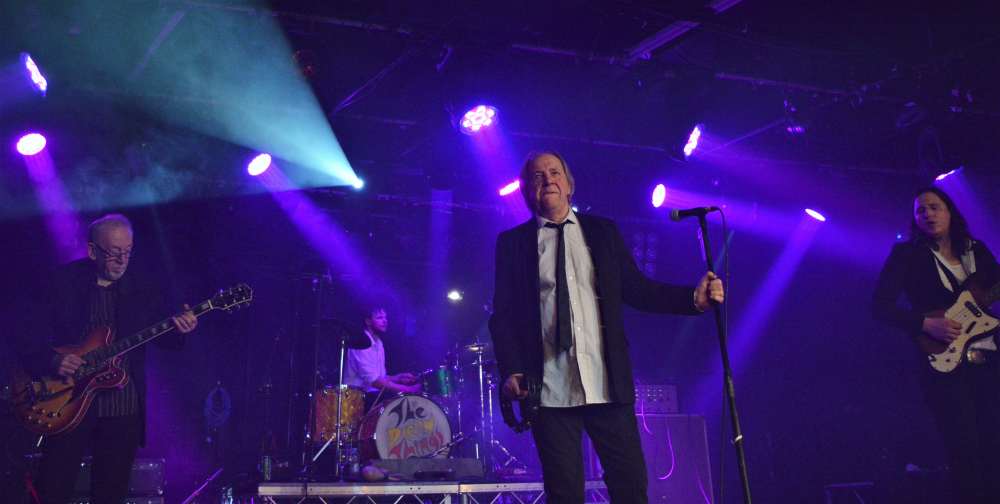 To the music!... The clues in the name; Giants of Rock pitches in with, well, giants of the rock scene - and 2017 did not disappoint with the calibre of artist and performance on offer. ‘Rock’ is a pretty broad description and the artists tend to be diverse enough to cover most rock genres from Prog and acoustic through to full-on Blues and R&B. There is plenty of young blood, but for many in the crowd, this is a pilgrimage to worship at the altar of some of the biggest names in the business over the last fifty years… and blimey they did not disappoint! There were some absolutely terrific ‘rock-frontman’ displays and the musical excellence across the entire bill sometimes sent shivers down the spine. In the round this reviewer genuinely can’t recall a collection of singers and musicians at a similar event who have almost universally excelled in delivering some absolutely stunning performances… and proving, if proof where necessary, that they remain at the top of their game … irrespective of age in a few cases!

FFA didn’t see everyone and reviewing is all opinion – if you were lucky enough to be one of the thousands in the crowd over the weekend then you’ll have your own highlights… this happens to be ours:

A nice touch at Butlins is the offer of a main stage slot for previous years Introducing Stage winners, and for FFA the whole shebang kicked off with one of the 2016 winners Western Sand over on the Centre Stage on Friday night. This young band laid down a fine dynamic rock set and were proof positive of the overall high standard of the talent on offer on the Introducing Stage throughout the weekend. 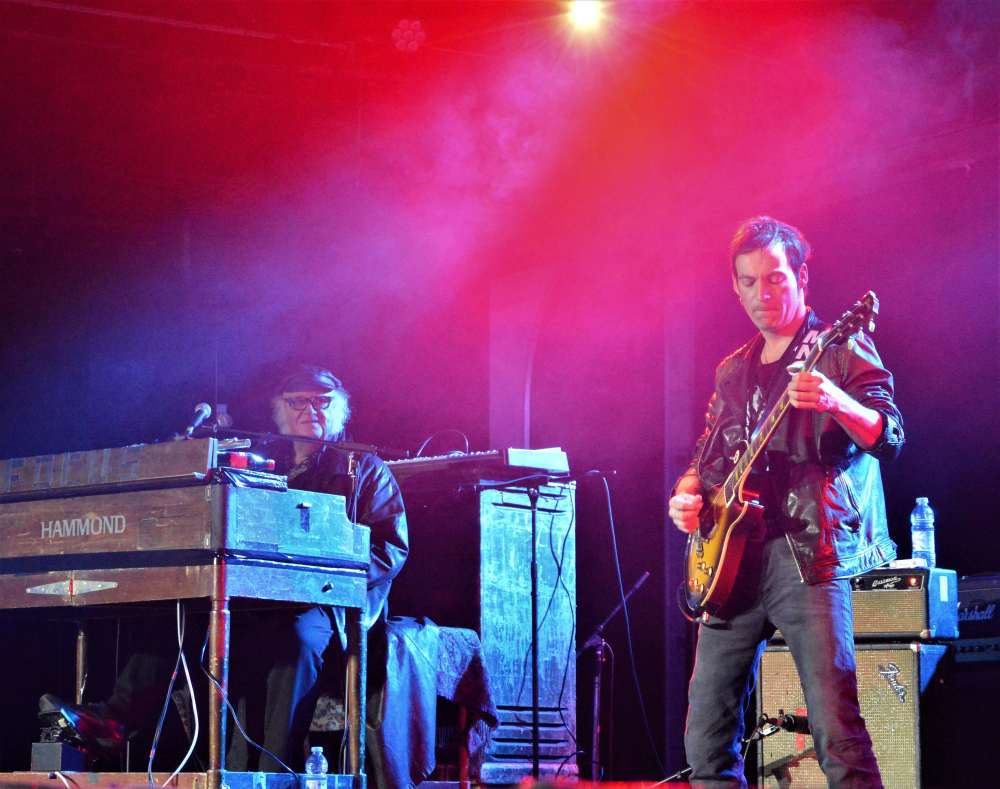 Focus followed on with Thijs van Leer’s battered Hammond and flute sending the Prog fans wild. Overlay that with Menno Gootjes and the first of the many guitar masterclasses throughout the weekend, plus a rousing ‘Hocus Pocus’ to round off proceedings, and this was a excellent set. Another guitar hero, Bernie Torme, filled the late night slot with aplomb, with a blinding set sending the enraptured audience on their merry way with a memorable rock guitar performance. The musical virtuosity was already flowing thick and fast … and it was only Friday! 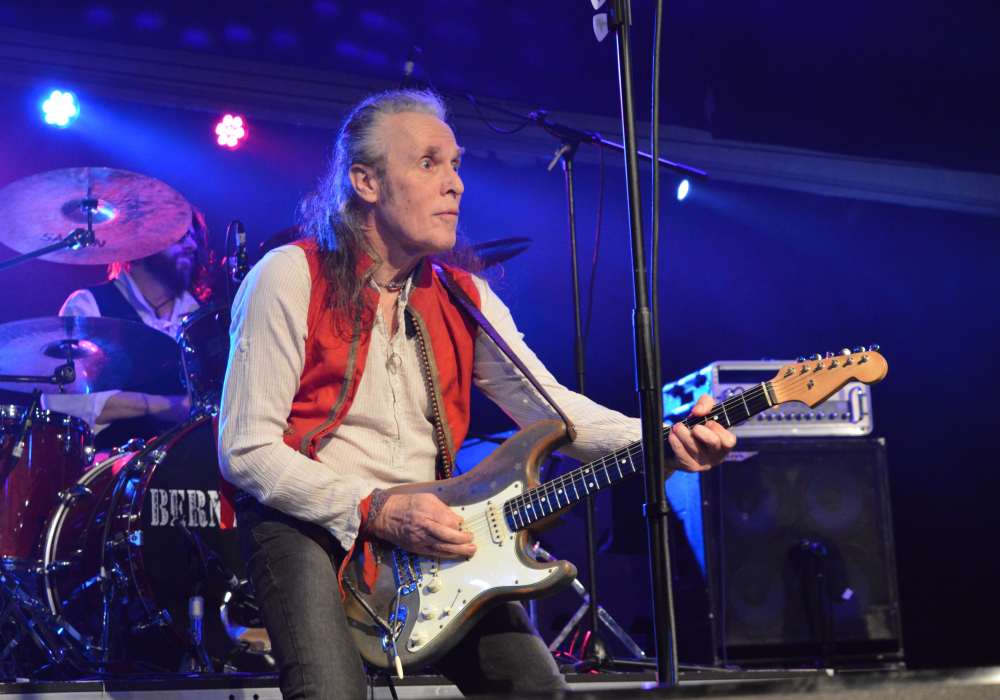 Early doors Saturday offered up one of the sets of the festival in this reviewers ‘umble opinion. Live Dead 69, featuring original Grateful Death keyboard player Tom Constanten, were an absolute delight with a peach of a set. This was laconic, twin lead guitar driven West Coast blues fuelled rock of the finest order. A magical version of ‘Death Don’t Have No Mercy, followed in rapid succession by the tripartite finale of Mr Holly’s ‘Not Fade Away’ , and the Dead’s ‘Going Down The Road’, and ‘We Bid You Goodnight’ held a rapt audience in absolute awe. Splendid Stuff. 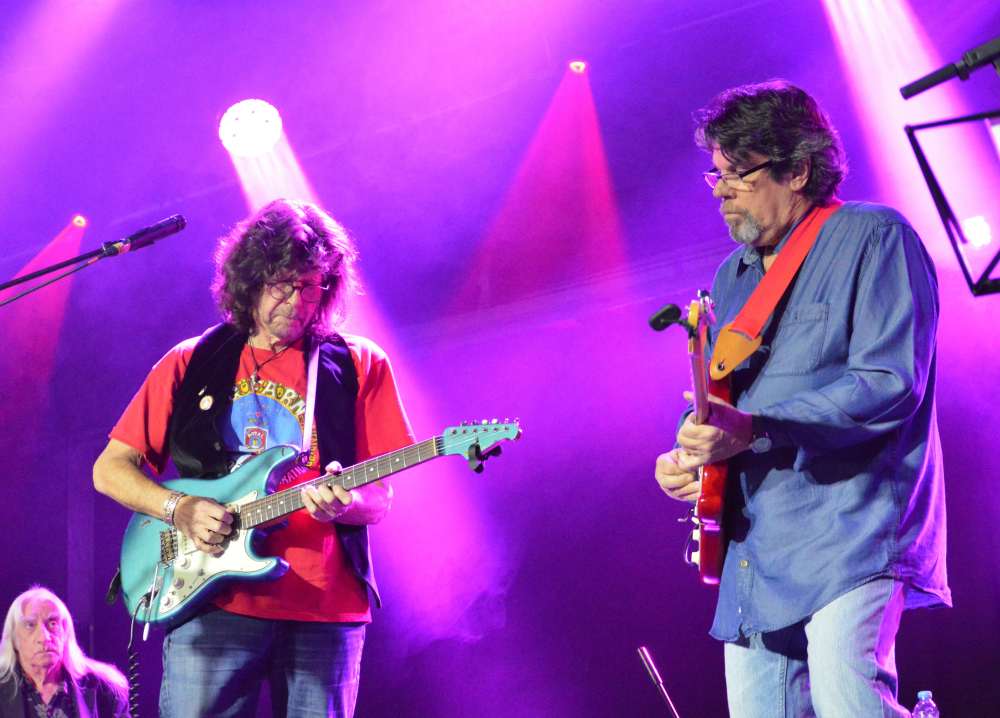 If that wasn’t enough, and highlighting a nice example of the variety and calibre of acts on show, Bernie Marsden served up a one man acoustic set that was frankly wonderful. It’s both a pleasure and an eye-opener to hear old favourites in acoustic format. Done well, the complexity and simplicity of song classics is peeled back like an onion in acoustic format, and Marsden’s version of his ‘Here I Go Again’ exposed a fragile beauty in the song I simply did not appreciate before. As I said – a wonderful set. 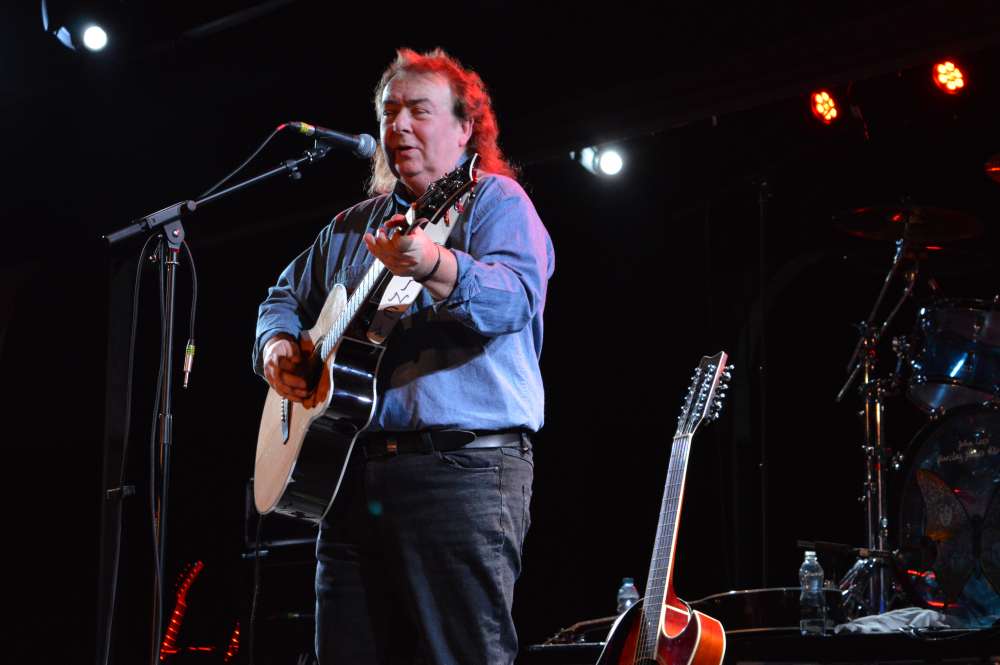 What a fine band Atomic Rooster are! They played some great rock & roll and ‘Devils Answer’ rightly brought the house down over in Reds. More Prog over on the Centre Stage where John Lee’s Barclay James Harvest held court. The interplay between Lee and bassist Craig Fletcher was a delight and a moving, and never more relevant ‘Child of the Universe’ exemplified a set of high pomp and musical excellence. FFA hotfooted across to Red’s to catch Deep Purple’s Ian Paice ft Purpendicular. On a weekend of fine musicianship one of the jewels in the Purpendicular crown is their young guitarist Valerio Dossin who simply excelled. Original Purple drummer Paice is obviously no mug and has surrounded himself with fine musicians. The term ‘tribute band’ does not seem in the least appropriate for the Purpendicular guys. 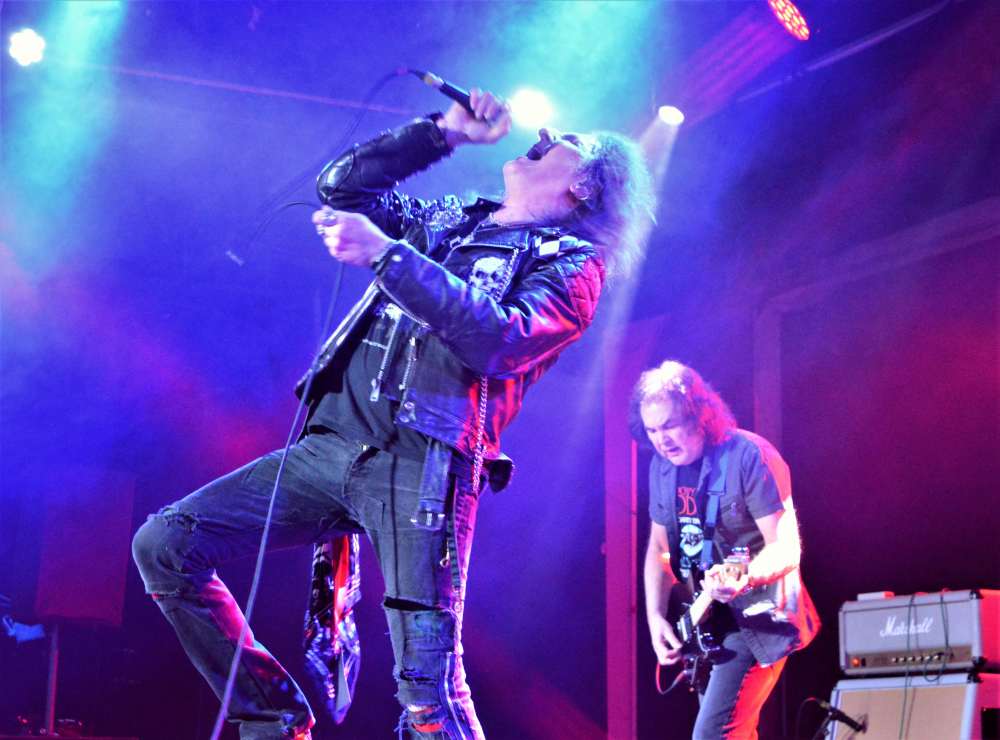 Blimey – Oliver / Dawson Saxon to close the Saturday night! If you are looking for a classic Classic Rock Band then Saxon tick every box, and then some. This crew gave the world ‘747’ and ‘Wheels of Steel’ for goodness sake! Driving anthemic rock tunes with more hooks than a tuna line – check; dynamic rock posturing with plenty of hair and thrashing guitars – check; bloody good musicians – check; larger than life front man – double check. Saxon always offer up great value and the place was bouncing – and the bands personality, energy, and joy in what they do is simply infectious. There may have been arguably a few ‘better’ bands on show – but for sheer good-time rockin' entertainment Saxon were the team to beat. 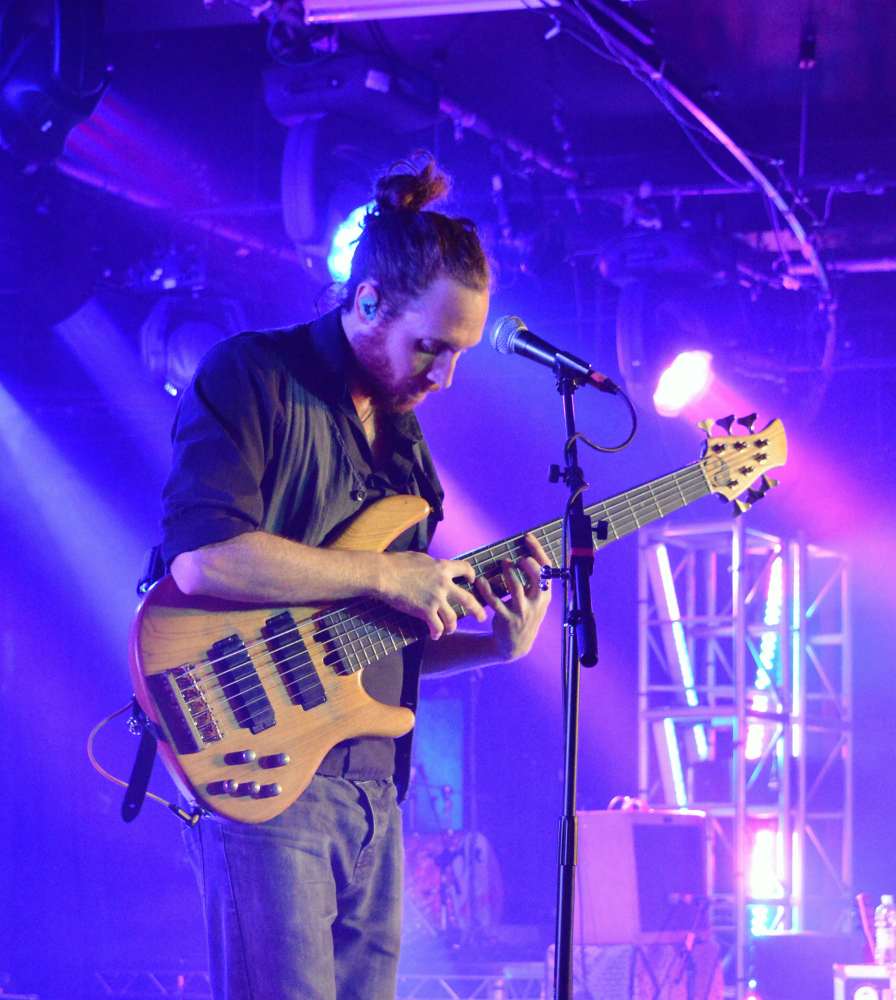 I said this reviewing malarkey was all opinion – well, this reviewer would place a couple of hours on Sunday afternoon as the slots of the entire weekend. Wille and the Bandits may very well have run off giggling with FFA Set of the Festival. In a weekend of musical brilliance these excellent musicians took the absolute biscuit – and none more so than bassist Matt Brooks. An absolutely awesome performance. Follow that with the excellent Persian Risk. A great set of driving rock with Carl Sentance again proving why he is one of the best rock frontmen in the business. Delighted for the man given that his performance fronting Nazareth at Giants Of Rock 2016 was largely torpedoed by sound hassles and delay. 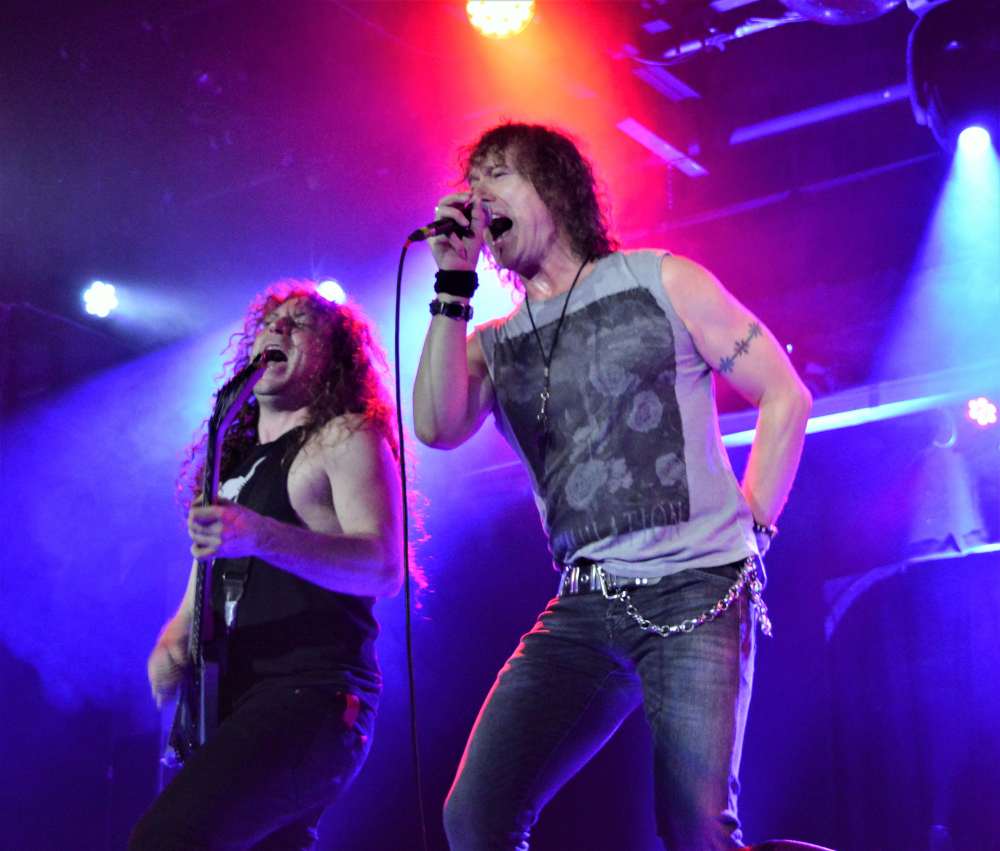 Yet another change of pace and genre with the magnificent Pretty Things. Amongst a wealth of exceptional musicians throughout the weekend, everyone’s favourite grandad, Dick Taylor, played some of the best R&B guitar I’ve ever heard. Indeed the Pretty Things proved during that Sunday session why they are up there alongside compatriots The Rolling Stones as arguably one of the finest UK R&B bands of their generation. A stunning ‘Defecting Grey’ really hit the mark and it was an honour to witness guys who have trodden the boards for 50 years still being consummate masters of their craft. 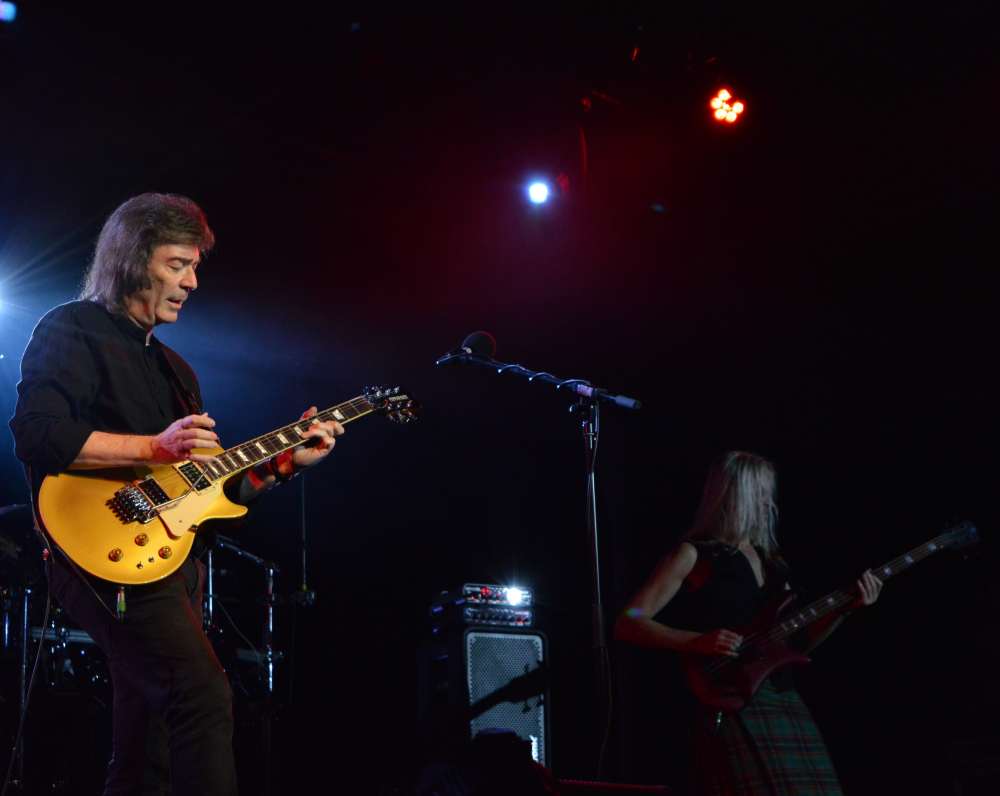 Sunday evening Steve Hackett played a fine set of new material and old favourites, with the Genesis classic ‘Selling England By The Pound’ the standout number for this reviewer in a Prog set rich in guitar virtuosity and velvety soundscapes. Jetho Tull delighted the faithful with Anderson regaling the crowd with some fine flute and imposing stage presence. No disrespect to the great man – but the jury still remains out on whether the Anderson voice still does the reputation justice in 2017. Popa Chubby! I wouldn’t want to pick up the guy’s restaurant tab but boy can he play guitar. For FFA, musical excellence had been the overarching theme of the weekend and Popa Chubby sealed the deal with some brilliant growling blues. What a player - and all on a guitar that looked as if he's hauled it out of the nearest skip. A great performance only marred by a truncated set duration. 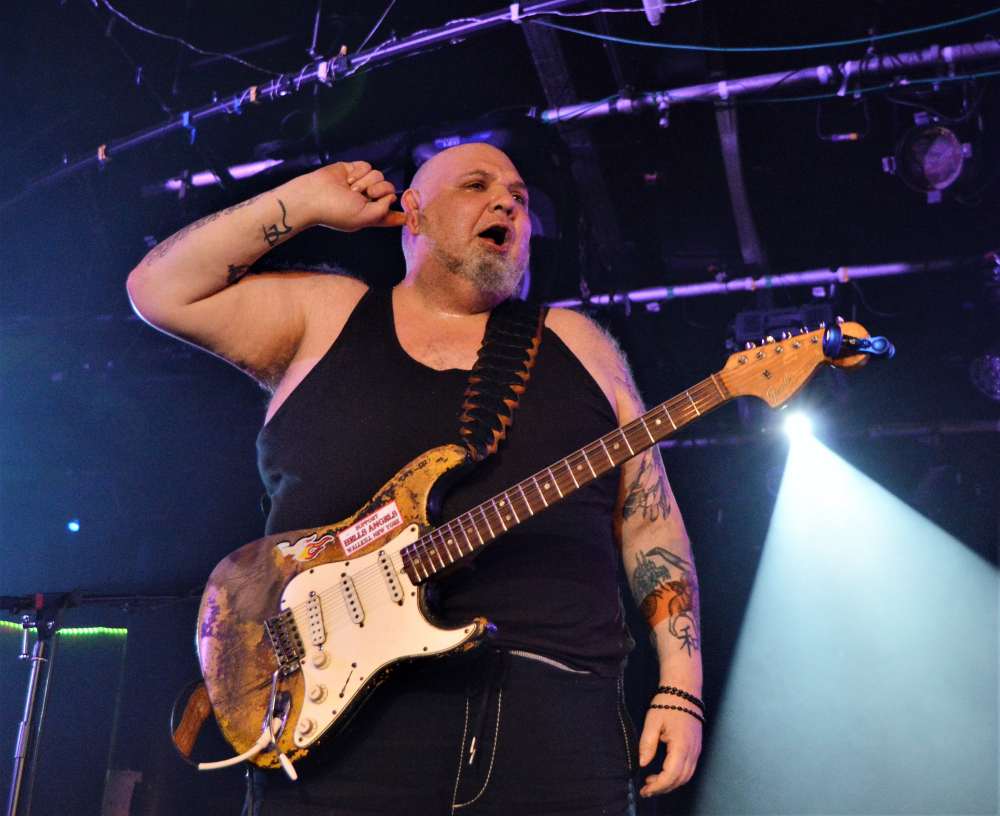 So there you go – Giants of Rock is a splendid indoor rock festival at a splendid location. A rare chance to marvel at a genuine collection of some of the most successful and talented rock musicians of any generation … and not to be missed; some of the crowd there were already booking for GoR 2018. Can’t say I blame them. 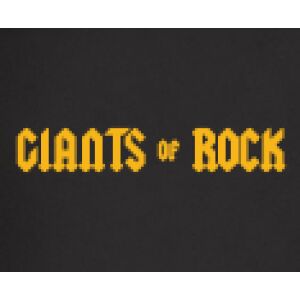 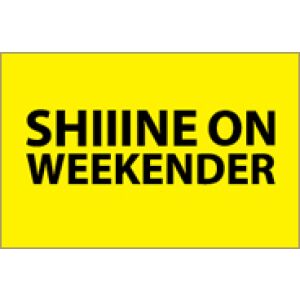 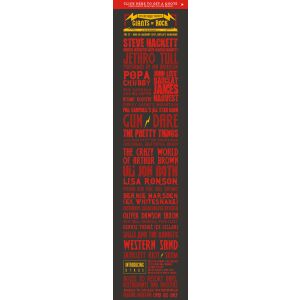