Beautiful Days 2017 Review
“Our favourite moments were, well, just being part of it.”
Tweet

Beautiful Days is a wonderful festival and remains a highlight of the festival calendar. Despite the weather (which was mild by Beautiful Day standards), 2017 was again an absolute cracker. It’s the 15th BD, and the festival continues to evolve and blossom. There is still a vibe and buzz about this festival which makes the air crackle. It’s the people of course. BD has always attracted a great crowd, certainly more diverse than in the early days, but still more chilled than Chilled Things, and always up for having a very very good time. The design of the large site into discreet zones, with seven stage areas, drives the sense of intimacy and community with each scene generating its own different vibe and atmosphere. There’s music, theatre, comedy, spoken word, dedicated kids’ stuff, general shenanigans and happenings all over the shop. This reviewer always commends events allowing yer own alcohol into the arena, and BD are one of that increasingly rare band. The bars were heaving mind, and at under four quid for some fine ale, rightly so. 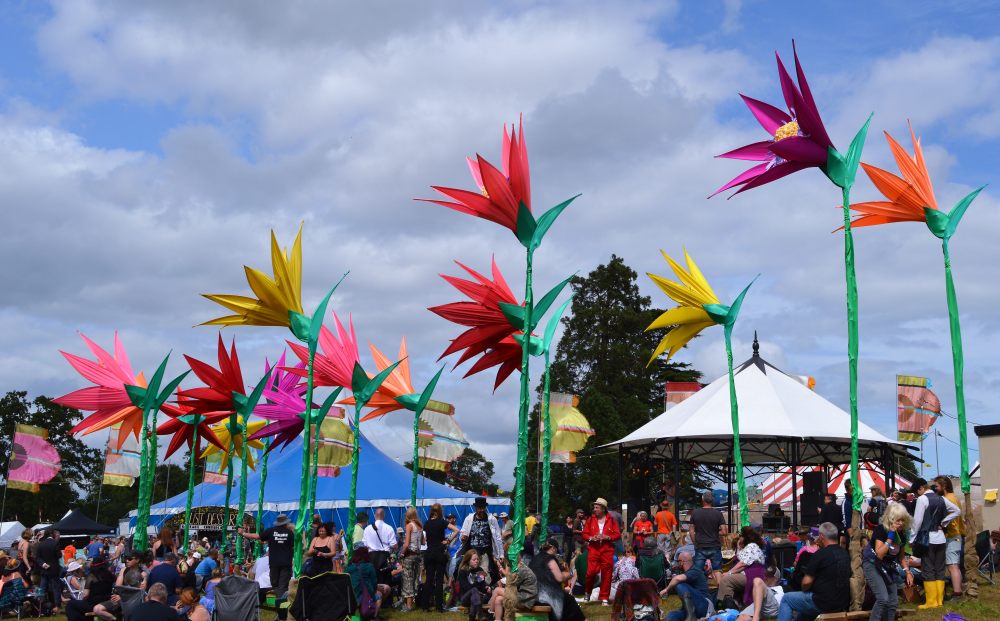 The facilities and organisation were largely on the button, and there is a background of quality that underpins everything about Beautiful Days. It was hard to fault anything. The festival always sells out in advance and it’s easy to see why. Forget the great acts and non-music malarkey – it’s the atmosphere at Beautiful Days which does for FFA. We spent more time people watching than band watching… and it was wonderful.

Where did the time go … FFA saw everything. FFA saw nothing. At BD the choice is overwhelming and it can all be a bit of a blur – particularly with seven stages to take in. We cruised the site – savouring the nectar as we flitted from happening to happening, scene to scene. We missed far far more than we ever saw, and you know what? It really didn’t matter at all. Just being at Beautiful Days is The Big Deal. Positive inaction. Our favourite moments were, well, just being part of it. We spent hours simply sat on a (wet) blanket watching the scene develop, the crowds pass. Hey, remember that couple lying on the grass for hours covered in soapy bubbles outside The Little Big Top near the bubble machines, listening intently to the silent disco (that’s right) – that was us, or the gobby Mancs who took up long stay residence in the many bar areas … that was us too. There were some great acts and experiences going down – sometimes we’d stay a moment – sometimes we’d spend hours. It all merges – and that’s the whole point. Its being part of the bigger whole at Beautiful Days that you remember the most.

For the record, here’s a handful of FFA highlights. If you were there, well good on ya – you’ll already have a bucket full of wonderful, different, memories. If you weren’t, then this is what worked for us… 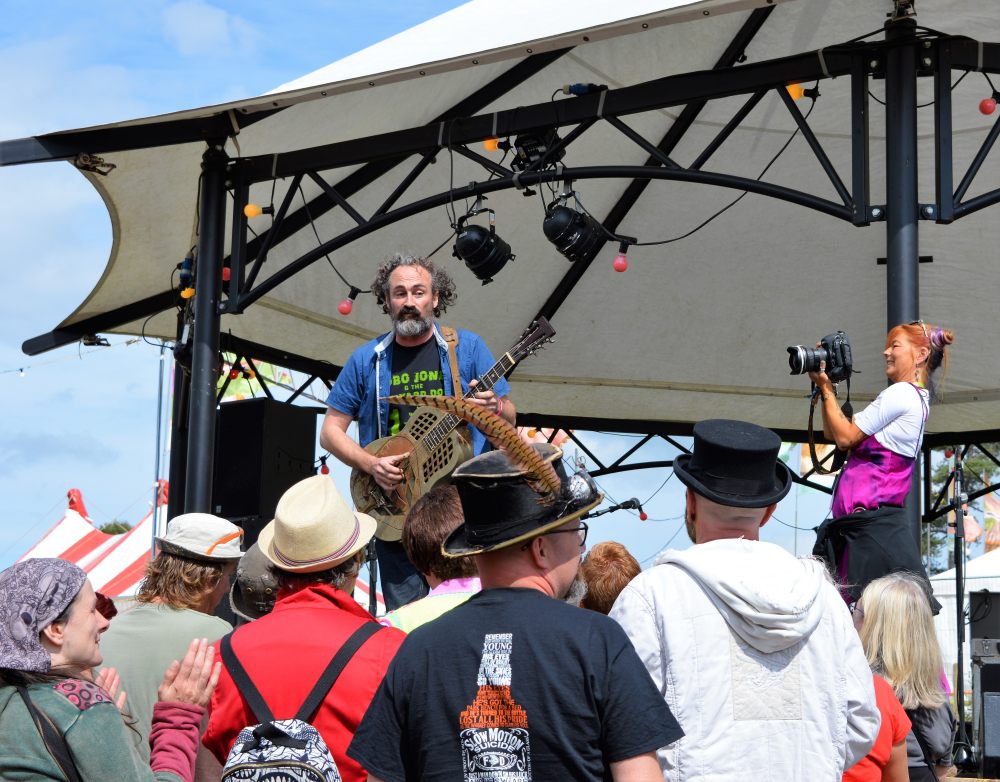 Proceedings start, as is the custom, with a Levellers Acoustic set in The Big Top. Again, as is the custom, it was absolutely rammed. We slimmed down and managed to squeeze and wedge our way in for the last handful of tunes. We caught ‘Julie’ so it was worth the weight loss. Sorted. Friday was also top form on the main stage with old hands Zion Train easing us into the relaxed BD beat. Chilled dub reggae to get the crowd swaying. A great starter. New event area The Rebel Tent was excellent throughout the weekend. No wonder Chadwick was, er, singing its praises from stage during their headline set. Mainly spoken word during the day and some fine House beats after dark, we took in The Public Lynching of Jackie Walker … how wonderful to provide a much needed forum for alternative political voices and the counterculture. Good points well made. It set the marker for fine debate throughout the weekend. Stiff Little Fingers got a great crowd reaction, with ‘Suspect Device’ the biggest pleaser, before one of the sets of the day, and arguably the entire festival, from The Waterboys. What a class act. Long before the ‘Whole of the Moon / Fisherman’s Blues’ brought the house down, the crowd were already ecstatic, particularly with Scott in very very fine form for a storming ‘Rosalind’. A great band. Marvellous stuff. Paul Heaton & Jacqui Abbott closed the Main Stage and their excellent whimsical, deceptively clever and complex pop-esque tunes had the crowd singing and dancing with abandon. Back-to-back programming with The Waterboys was inspired scheduling and the contrast really worked. A worthy headline set. After lazing round the Bandstand early doors, we relocated FFA base camp to the Bimble / Rebel Tent / The Little Big Top and, well, lazed about there with cool beats and silliness into the night.

Saturday we chilled around The Bandstand, with King Size Slim arguably the best of a very good bunch. It’s a great zone in its own right round the Bandstand and almost a festival within a festival. Love that scene. Some bands appear to bring their own audience, generate their own atmosphere, and always provide great value … yes I mean you Ferocious Dog. This is passionate, politically charged, heart on their sleeve folk-rock and the continuing progression of this outfit in the last couple of years has been stunning. This was a mighty set and ‘Hell Hounds’, as ever, remains the crowd pleaser but songs like ‘Slow Motion Suicide’, and the new album material given a BD airing, illustrate how far these guys have come. A great performance. The Sisters of Mercy ripped up the stage with a typically dark and manic performance under a great lightshow, although perhaps a little single paced for the neutrals in the crowd. Not so with headliner Frank Turner and The Sleeping Souls. What a set. The man is a rip-rap and literally bounced around the stage at times, even using a couple of aerobics benches to give himself extra lift (seriously!). Well-paced and a superb headline performance. The man just knows how to entertain – at one point cajoling someone’s Dad to crowd surf from the stage, around some bloke in the audience carrying an illuminated Standard Lamp (again, seriously), and back again. Surreal scenes – but it is Beautiful Days after all. Our spies reliably informed us that Jim Carey Connell, a.k.a. Talus Bones, a.k.a The Man In The White Suit, put in a “red hot” performance over at the throbbing Rebel Tent - then Leviticus and Lewah laid down cracking beats for FFA amongst the bubbles before the silent disco kicked in. Blimey. 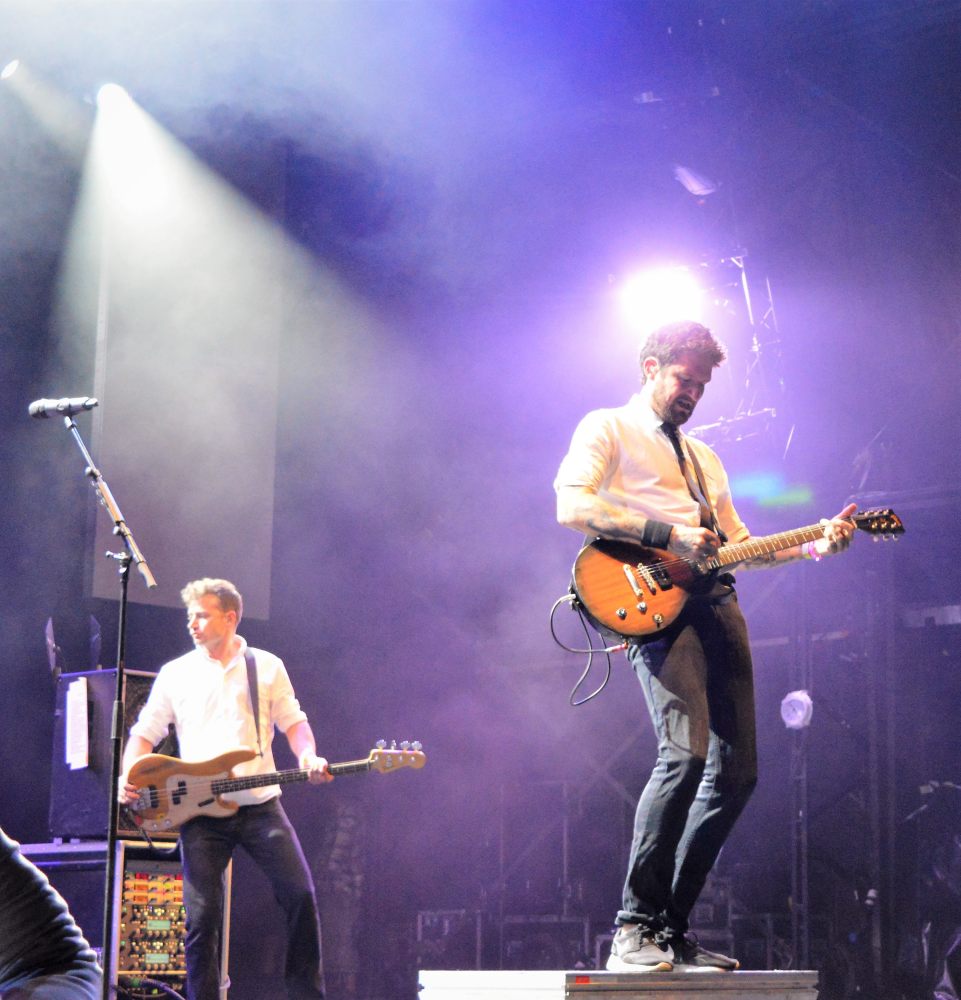 Muddy Sunday over in the Rebel Tent featured a gig with Mark Chadwick & wordsmith Murray Lachlan Young, which was again rammed. We listened outside the tent as the entertaining pair took turns to perform, and then composed a song on the fly with the eventual chorus ‘Is it wrong to wear a Thong?’ Only at Beautiful Days! Following a very powerful BD Question Time hosted by Mr John Robb (for yes. It is he), FFA discovered one of the finds of the festival over in The Little Big Top with the excellent Babal. This reviewer thought he’s wondered into a latter day Gong / Arthur Brown gig (yes, it’s a compliment if you need to ask) … some stunning theatrical psychedelica, funky beats driven art-rock, and avant-garde malarkey which provided a feast for the eyes as well as the ears. A splendid set. Catch ‘em soon. Some smashing polished ageless pop from the Lightning Seeds saw us through until the brilliant Alison Moyet gig closed The Big Top. Another set of the festival with Moyet is sparkling form. With one of the most distinctive female voices on the scene, and a back catalogue to die for, this gig was always going to be a bit special. A past master of the techno-pop genre, Moyet proceeded to produce a stunning performance transcending musical boundaries and vocal styles. Utterly contemporary and packed with beats and hooks to get the packed crowd absolutely bouncing. Excellent. All roads on Sunday lead to Levellers. Mostly a greatest hits set, and why not, the guys did the business. Cue crowd dancing and singing, and a damn fine and rather moving crowd rendition of ‘Carry Me’ (alongside ‘One Way’, a more defining anthem of Levellers ethos than the rather hackneyed and overworked ‘It’s a Beautiful Day’ in this reviewers most ‘umble opinion) and it was all over – bar the classic BD firework display of course. Whoo. Arrrr. Whoo.

So there you go. FFA said in a Beautiful Days review a couple of years back that the festival is progressively changing as its audience shifts in age, interests, and demographics. Beautiful Days is no navel gazing, self-indulgent LevellerFest, Reunion bash, band Theme Park, or KISS Cruise… it’s not Levellers centric – it’s more generalist now. The audience is as diverse as the music …and its A. Good. Thing. It’s a wonderfully evolving festival and will continue to thrive. Why? Because Beautiful Days has managed to keep its Edge as the years pass. It’s changed – but the VIBE hasn’t. 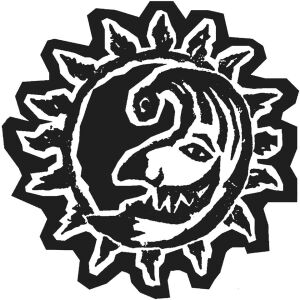