Festivals For All were lucky enough to attend the Willowman festival near Northallerton in North Yorkshire over the weekend of 17th-19th June 2011. Here’s what we thought …..

This is exactly what the smaller festival is meant to be about; friendly crowd, relaxed vibe, good facilities, and some excellent bands & all round entertainment - including plenty to keep the kids occupied. This festival is all about value with tickets priced at £70 for the full weekend inclusive of everything (fees, camping, parking, etc). When you consider early bird tickets were knocked out at a measly fifty quid, Willowman was stunning value for the calibre of line-up alone.

The Monster Ceilidh Band got the festival off to a cracking start with their set on the second stage, which had the crowd clapping and whooping for more. “Calm down – it’s not even 5 pm yet!” the band cried in vain. Too late – they had already set the tone for a great Solstice weekend. This crew play first class goodtime modern folk music and are certainly destined for bigger things.  An excellent festival opener.

More good stuff to come over on the main stage where the festival took on a positively Gong family vibe with the appearance of Here And Now and System 7. Playing a heady mixture of epic psychedelic prog rock tinged with Gong silliness, and excellent newer material, Here And Now gave a performance to remember. No ‘Opium For The People’ here.

Next up were System 7. The Hillage / Giraudy combi once again delivered a powerful set of classic beats and gliss guitar. Over on the second stage were Ade Edmondson and The Bad Shepherds. These guys simply get better and better every time FFA sees them perform.  Again producing some magical interpretations of punk era standards, emotionally moving in parts, joyous in others, and always damn good fun.

Rainy Saturday surely saw one of the more unexpected highlights of the weekend. Festival Director Steve Williams got out his contact book and managed to convince a bunch of eminent world class musicians to jam on the second stage under the moniker of The New York All-Stars. These were guys of the calibre of Elliot Randall (ex Steely Dan guitarist), and Dave Keyes (legendary New York blues and boogie woogie keyboard player), and they were more than ably supported on drums by Paul Smith, Neal Harland on bass,  and Mister Festival Director himself, Steve Williams, on second guitar. What a set; musical genius emanating from every note with some brilliant virtuoso performances and surprisingly tight as a band. Steve told FFA later that they had not been able to manage any proper rehearsals before the gig; you wouldn’t have known.  When Randall launched into the opening riff of ‘Reelin’ In The Years’ FFA were sure we saw grown men cry. Epic.

Rain then stopped play for the FFA team who returned to base camp to listen from afar;  but with a cry of ‘I’ve just got to see who this is!’ this reviewer jumped from his pit and left the tent Captain Oates stylee to catch Subsource on the main stage (…for it were they).  Given the rare accolade of a second successive appearance at Willowman, and certainly new to FFA, Subsource kicked up an absolute storm despite the weather. This post punk, breakbeat, dubstep,  whatever, outfit are outstanding live. Putting in a performance of such quality, power, and energy to a damp mid evening crowd was truly awe inspiring. Frequent forays into the pit and crowd by electric double bass playing front man Henshall cemented a great bond between band and audience.  A memorable performance. FFA asked the band later how they did it…. “We managed to stay dry!” came the riposte.

The resurgent Toploader delivered a polished and laid back set, showing the apparently effortless musicianship and tightness evident with bands of this calibre and staying power.

The Festival Rain Gods (not a band, rather those mean spirited conspiring inhabitants of The Ether – but mainly Manchester) managed to conjure up the worst rain of the weekend for Alabama 3.  Old stagers that they are, the band brushed all that aside to get the crowd jumping to a superbly balanced set of old and new. Truly genre defying.  If you’ve not seen A3 live you are missing an absolute treat!  A great set by Banco De Gaia closed the night perfectly.

Sunday presented another treat with a brilliant solo set from Dave Keyes on the second stage. Oh Lordy can this guy play …. We didn’t need the song about ‘raining all night long’ though Dave!

FFA caught the end of the Nick Harper set with the man himself wandering amongst the appreciative crowd playing some explosive guitar. A first class entertainer.

A great finish to the festival with Pauline Black’s Selector and Easy Star All-Stars over on the main stage.  Pauline Black has surrounded her considerable talent with an equally talented six piece backing band to get any crowd dancing. Going one better, the eight piece Easy Star All-Stars mesmerised the crowd with a potent mixture of newer material, including some well rendered Beatles numbers from their latest album, and old Floyd and Radiohead classics given the ESA-S hazy dub reggae treatment. The encore featured another great festival moment with a moving solo rendition by the lead guitarist of an anti-apartheid song where you could hear a pin drop. Spine tingling.

A nice touch at the end of festivities was the gratis distribution of Willowman t-shirts to the crowd. It was that kind of festival.

FFA continues to champion the smaller festival; not only are they great fun and great value (look no further than Willowman), but they also serve as a breeding ground for the whole UK music scene. Remember that they need your support … you won’t regret it! 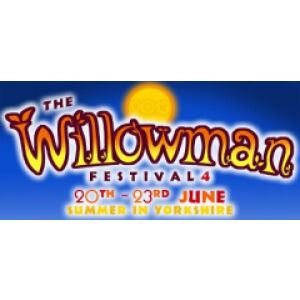 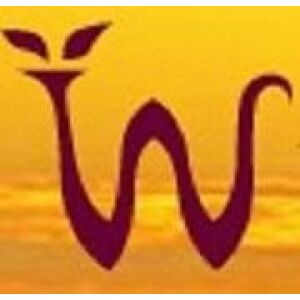 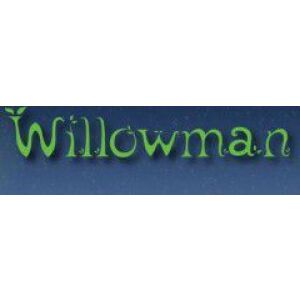