Unearthed is wonderful, and on multiple levels. Much more than just a music festival – Unearthed aims to liberate your mind. Set in stunningly beautiful Pembrokeshire, the event offers a three-night party, but also the opportunity to take time out to explore your inner and outer workings. There is a wealth of mind and body therapies in the Unearthed mix to nourish the very soul.

Last year’s Unearthed was a cracker. Read the Festivals For All Unearthed In A Field 2017 Review for just a taster. 2018 simply cemented its status – an excellent bash. 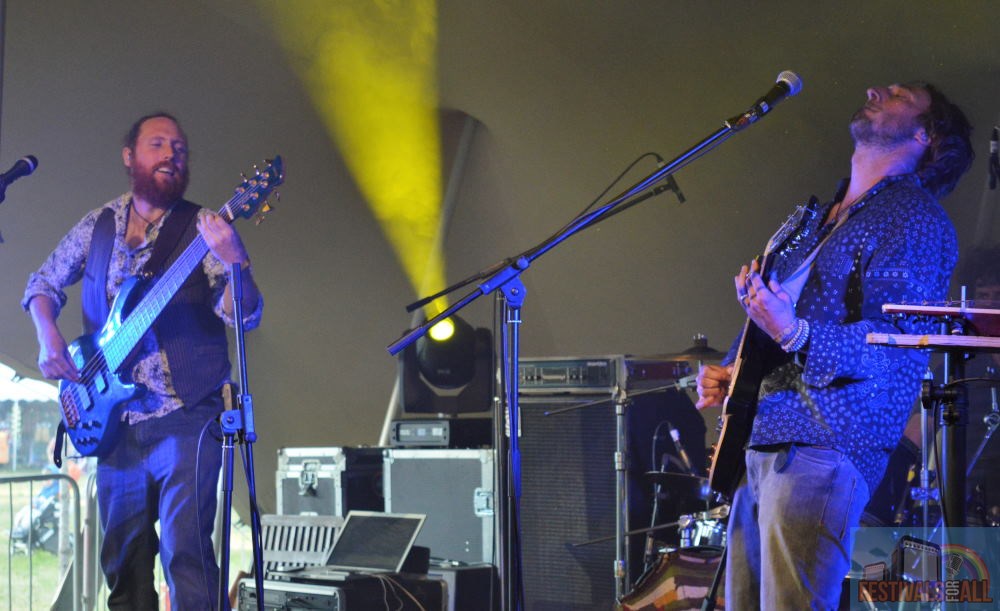 The Pembrokeshire location helps of course, with the county situated in the wild wild west of Wales and surrounded on three sides by the ocean. Unearthed Festival is a stone’s throw (oh dear) from the location of some of the building blocks of Stonehenge and the beautiful and rugged northern coast of this mystical county. It’s also where the Manc’s of FFA have made their adoptive home – so nothing’s perfect. The nearby ancient Welsh capital of St Davids has been a point of pilgrimage for nearly a thousand years. Unearthed Festival is yet another jewel in the Pembrokeshire crown; with its own pilgrims drawn by the sacred beauty and mystical power of this land to share in a collective vibe of expanded consciousness, and well, a damned good party. These modern pilgrims are ragtag bunch, a heady mix of everything from New Agers to good-time kids, young and old. It’s a melting pot – and it all works together. It’s a great crowd and a pleasure to be part of. There is a vibe and buzz about Unearthed that some other festivals never attain. Its special and everyone involved should be proud of what goes down here.

There is a harmony; a sense of shared community; a bond. The strap-line ethos of the event is ‘from the material to the ethereal’. Unearthed manages to create a magical space in those Pembrokeshire fields to shed the everyday and hopefully discover something deeper about the universe and oneself, truths as old as the land itself. There is a wealth of workshops, talks, experiences and therapy sessions to alter your mind. It’s also great fun… oh come on – where else round here can you sample everything from a Gong Bath to a Silent Disco in a couple of hours? 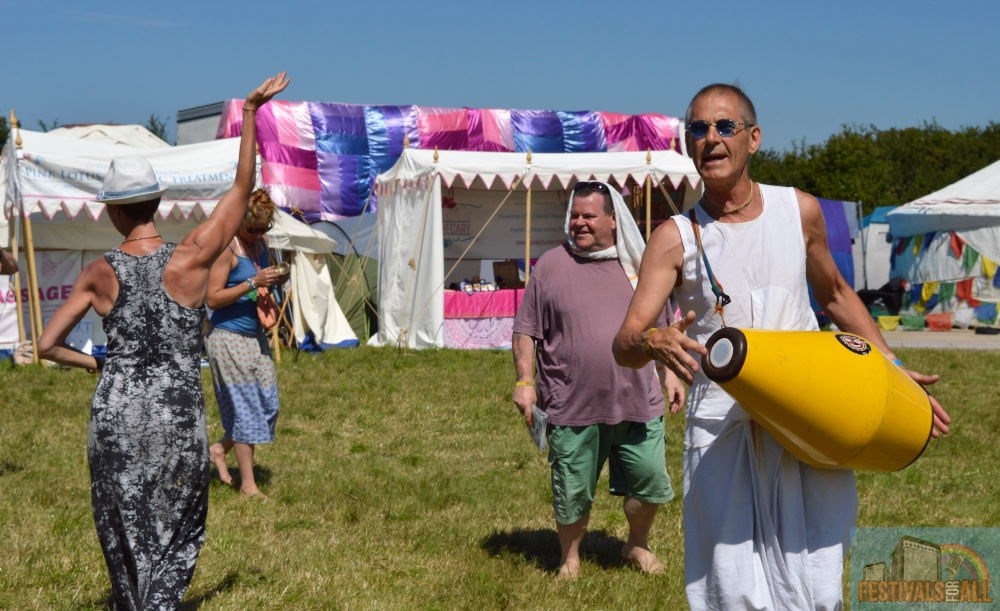 The ethereal boxes are all ticked – and so are the material. The site is well laid out, the sound systems awesome, there is enough (veggie / vegan) food stalls to suffice and a fine bar knocking out local ales, ciders, and spirits. The covered main stage is ace and there are plenty of chill-out zones with around eight separate areas with music, sessions and therapies in the mix. Expect eco-friendliness wherever you go – from the compost toilets to the showers, to the ethical / eco sourcing. The Drenchtown area offers hot tubs, sauna’s and various states of undress, plus the famous Unearthed hippy-trippy after-dark bonfire vibe. It really is all rather splendid.

As FFA said at the top, Unearthed is far more than just the music, but it’s the one facet that binds the whole – it helps create and maintain that magical Unearthed vibe. The music element was pretty much faultless with each artist willingly falling under the Unearthed spell. Audience and performer as one – sharing the love. FFA saw loads, missed even more. If you were blessed to attend you will have your own favourites – this happens to be some of ours… it’s just a snapshot of memory after all, and who wants a list? If your band doesn’t get a mention, then sorry, we were either flying elsewhere or still in dreamtime.

Macka B ruled the night on Friday and captured the Unearthed spirit exactly. Now the man and his fine band play Roots Reggae where the music is a vehicle; a carrier for the expression of the Rastafarian ethos of Life, Love, and Unity. Forget your supermarket reggae – this was the real deal – reggae as a positive life force. In a set seeded with homilies of homespun wisdom, the man forged an electric bond with the crowd that had the place kicking. The homage to Romeo & Perry’s ‘Chase The Devil’ captured the very essence of the Unearthed vibe in a nutshell. ‘I'm gonna put on an iron shirt / And chase the Devil out of (Un)earthed.’ Excellent Stuff. The James Rodigan set of splendid dirty beats and uplifting tunes carried the crowd onwards and upwards. FFA were away with the fairies – a cracking opening night, which rather set the tone. 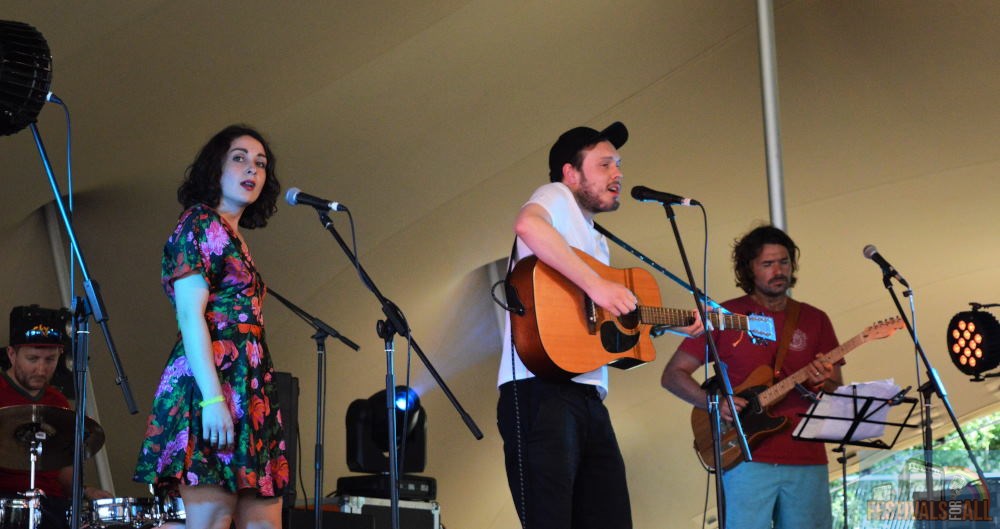 Phew – Wot Another Scorcher. FFA spent the day chilling in the blistering heat. We listened in to a few talks in the numerous tents and watched the calming and joyous Hare Krishna’s doing the rounds, all the while progressively cleansing our thoughts of the insane shitstorm that is UK PLC 2018. Thank you Unearthed. A special big-up to Bart Bagnall the Didg Man over at The Forest Works for an excellent, and free, didgeridoo session. Mr FFA spent the rest of the weekend plagued with puffed cheeks and circular breathing/wheezing, but there you go. Second big up to the crowd-pleasers at Aerial Circus Show who were as athletic as FFA were chilled. Some great performances. Likewise with the stunning fire dancers. Ivan Moult laid down a marker of the high musical standards to come with great hour well spent. An FFA space-time malfunction meant we missed an absolutely stunning set from FFA’s Unearthed 2017 faves I See Rivers. Gutted, but anyroadup, FFA caught arguably set of the festival from the blues rock troubadours that are Wille & The Bandits. This three-piece are musically superb and generate a buzzing atmosphere. The interplay and understanding between Wille Edwards and bassman Matthew Brooks is at synapse level; reminiscent of the Wilko / Watt-Roy relationship in this reviewer’s ‘umble opinion. Praise indeed. Edwards is rightly The Man, but Brooks’s 6 string bass on ‘Living Free’ took the biscuit, as did his sojourn through the crowd later. A great set. 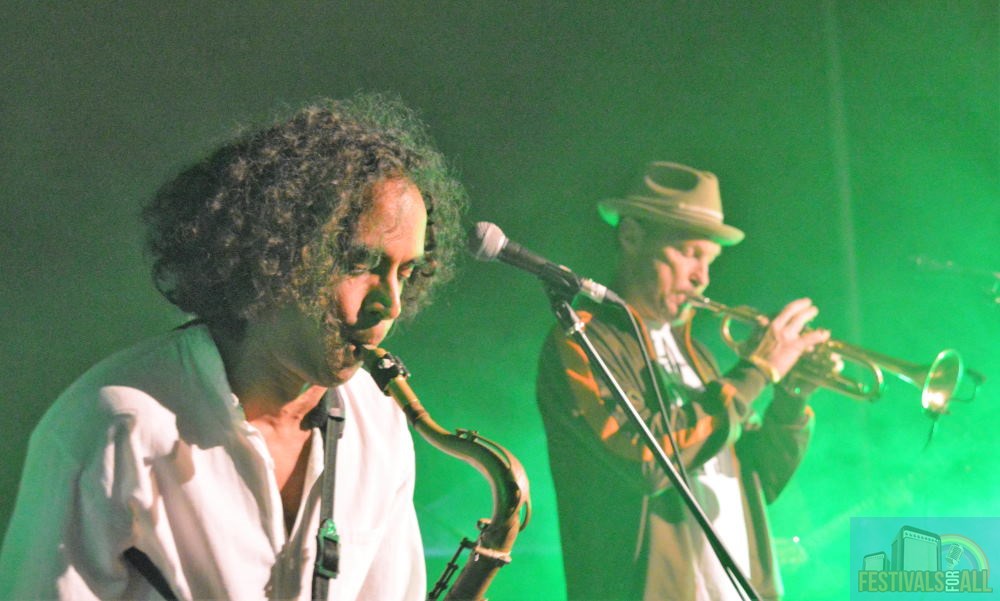 The Soothsayers took FFA higher into true sax heaven with their afro-beat mayhem. A great crowd reaction before some damn fine soul and reggae fuelled malarkey from the decks, curtesy of Uncle Funk, sent FFA wandering into the night rather happy bunnies in search of a bonfire to chill around. 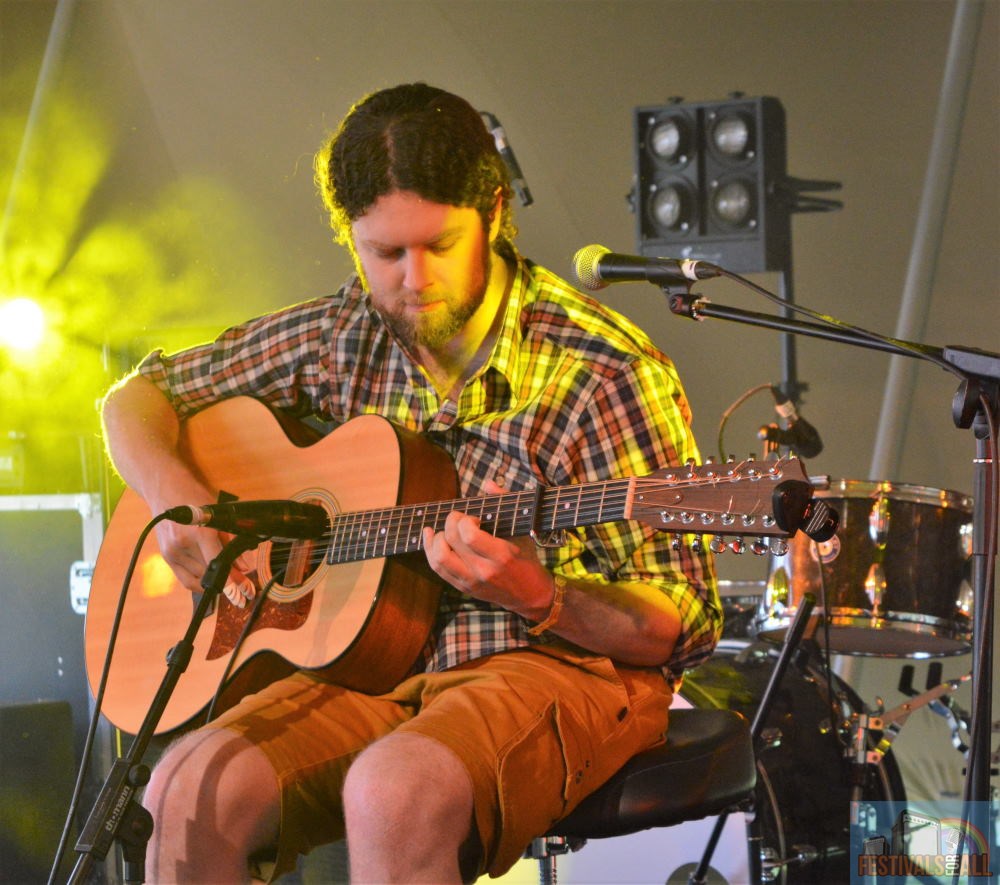 Crappy weather mostly – but what a cracking day in the fields. The excellent soundscapes of deck artist Maya Mitten provided a backdrop of splendid beats during stage changeovers. The woman rocks! MC Cosmic Smiles had been charming us all weekend but excelled on Sunday; funny and entertaining, but all the while fully locked-on to the serious stuff of promoting the Unearthed hippy-esque ethos. A man of many levels and seems a smashing bloke. Toby Hay produced a bit of a 12-string acoustic masterclass in the early afternoon slot. Evocative tunes of place, with ‘Leaving Chicago’ a highlight. Nice new shorts too! 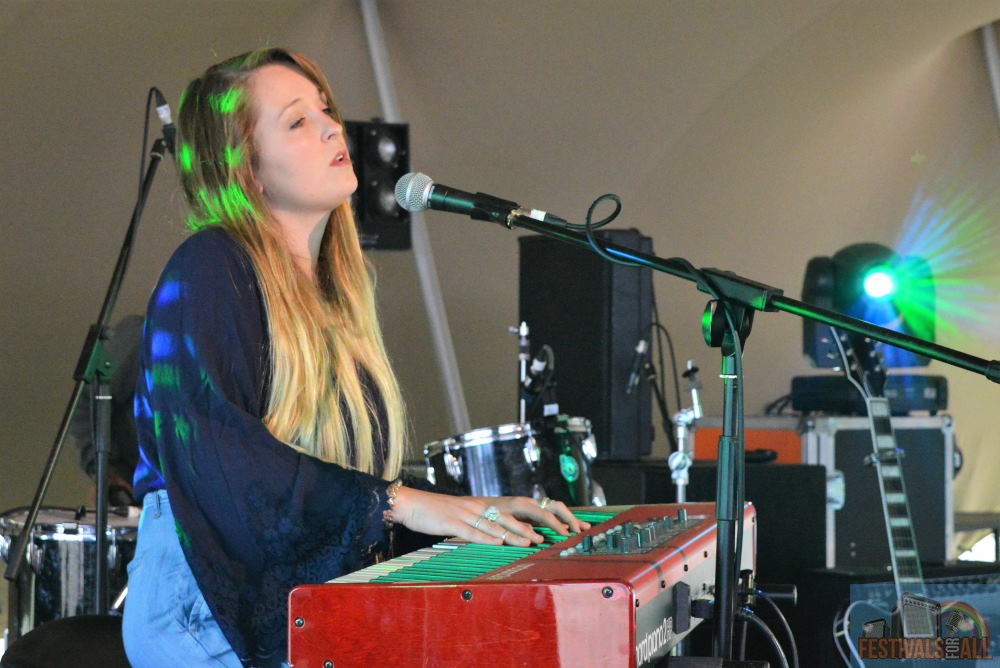 Jodie Marie is an excellent singer-songwriter, and another local talent. Once again producing a haunting set soaked in a wonderful wrapper of melancholy and hope – this was another fine set. FFA spent much of the day chilling around the various workshops and talks; Along the way somehow buying a rather splendid fire bowl from the nice man over at the WoodyRoots stall. Amazing what you wake up with next morning wondering how that got there. Anyroadup again… those punters leaving early on the Sunday evening missed an absolute peach of a night. Me and My Friends were a highlight and on fire with an infectious Latino vibe that had the place bouncing. A splendid ‘Hide’ probably best of the best from some very good musicians and how lovely to hear the beautiful cello centre-stage rocking the joint. 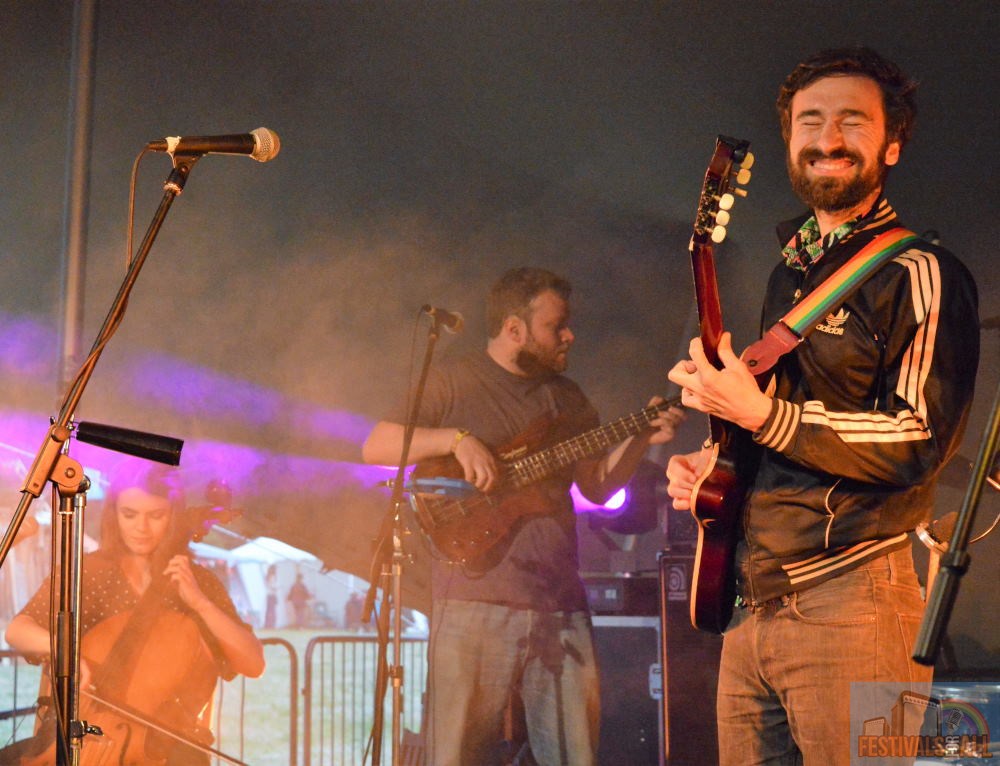 All roads, and indeed the entire Unearthed universe led to Los Pulpos Del Diablo to close the bash. It was a gathering of the clans featuring Jodie Marie, I See Rivers, Sky Barkers, and other Great And Good of the Unearthed brethren. Now this old wizened festival reviewer had done the rounds, but FFA has rarely witnessed such joyous good-times and exuberance on stage as that generated by this excellent musical collective. Vocally and musically on the button, their full-on enjoyment was infectious. Artist and Crowd synched. Became as one. You couldn’t see the join. A true community of kindred spirits caught in the moment. The gaff was bouncing and the vibe generated made the skin tingle. Moments like this are what the festival scene should be about and Los Pulpos Del Diablo and Unearthed absolutely nailed it…. Then, bugger me, just as FFA thought we were totally blissed out, the DJ fired up ‘Lost Weekend’. The symbolism hit. Yeah, we lost ourselves at Unearthed Festival… but we also found ourselves too. 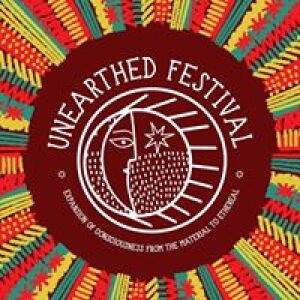