Arriving late Friday the festival had already begun for some; there was a great feeling in Sheffield that this was going to be a brilliant weekend. Walking towards the town you could hear music blaring out from various clubs, pubs, bars and even street venues. With something for everyone Tramlines was sure to offer up a great selection of musical treats and surprises for everyone, with over 600 bands and 70 venues involved across the city everyone’s tastes were satisfied.

First up were Starlings in the Nokia Unannounced Tent, playing their tight and energetic electro infused Indie. These well-dressed men had the audience tapping their feet from start to finish, citing Heaven 17 as one of there influences (very obvious when you listen to them) it is clear they are destined for great things.

A short walk from town at The Shakespeare (a small pub with a very local feel to it) we were treated to an intimate set with solo artist Man Made Man.  Sporting a golden glittery blazer, armed with just his guitar and his voice he performed a 30 minutes set with the audience mesmerised for the entire time.  His songs were a blend of Billy Bragg and Placebo, using a loop pedal his songs had the energy of a full band coming from just one man.

Next up were Hoodlums, an energetic and exciting band who played a set of crowd sing-a-longs and anthems.  Front man Lou Vainglorious was in his element as soon as they got up on stage as though he was in a trance, belting out the lyrics whilst strutting around the stage as though he owned it (accidentally knocking the monitor off the stage on more than one occasion), the crowd were clearly enjoying the performance.   At one stage he took off his shoes and then stepping down off the stage into the audience.  Vainglorious was in complete control of the audience, doing a cartwheel to the crowds pleasure.  They finished with the uplifting ‘The Great Outsiders’ everyone was clearly having a great time having seen a brilliant band at the top of their game.

Back up the steep hills a crowd had already gathered all around the Nokia stage for Heaven 17 filling up the entire surrounding area all the way up the steps to City Hall. Heaven 17 came on stage to a roar of approval before opening with (We Don’t Need No) Fascist Groove Thang to the crowds delight who were then treated to a 45-minute set of hits, the crowd danced througout the set (even when the PA system cut out for a few minutes).

Back over in the Nokia Unannounced Tent the night’s festivities were well underway with DJ’s playing throughout the night, hordes of people were going in and out of the free photo booth (photos can be found at www.facebook.com/nokiauk).  There was a great atmosphere and an obvious feel that everyone was there for a fun night dancing the night away to both new and old dance floor fillers.

Over at The Harley the crowd was treated to brilliant Ghosting Season, two young guys armed with their laptops and guitars playing their unique style of Electronica for the festival goers to finish their night in a great bar with great music.

Starting for us on Saturday was the beautiful Sarah Mac at the Frog and Parrot, performing an unplugged set of her powerful and brilliant music before running over to the Nokia Unannounced Stage for her 2nd set of 4 this time we were treated to Sarah with her full band leaving the audience utterly speechless.

With not much more time before having to catch my train I was lucky enough to catch The Bulkan Bandits with their fun and exciting music starting with just an accordion version of Guaglione. Performing their song Go Lisa Go the crowd was dancing and laughing to this brilliant band that everyone should see.

This was a great end to a truly enjoyable couple of days, Sheffield should feel proud of this free festival as it provided a great opportunity to see both local and national bands in intimate surroundings. 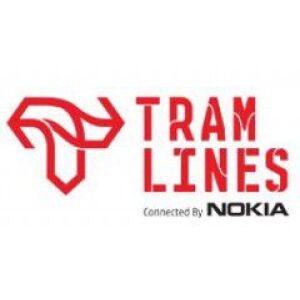