The Who, Ed Sheeran, Liam Gallagher among artists to perform at Teenage Cancer Trust
plus Madness, YUNGBLUD, Don Broco, Joel Dommett and many more
Tweet 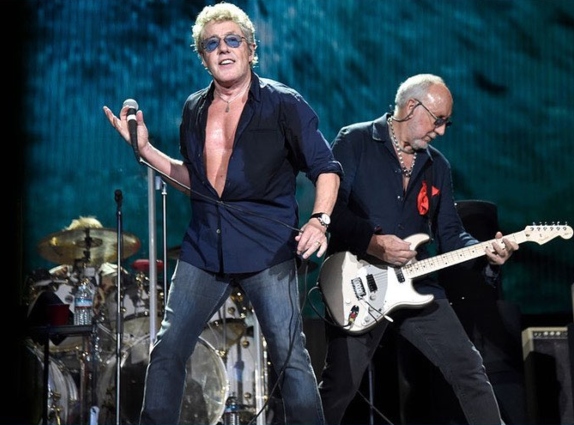 The iconic concert series has featured the greatest music and comedy for two decades, raising money for Teenage Cancer Trust and driven by Teenage Cancer Trust Honorary Patron and The Who icon, Roger Daltrey. But in 2020, just as the concerts were about to celebrate 20 years of legendary moments, COVID-19 shut them down, with lockdown starting on the day of the first scheduled show. 2021 went the same way, so it is a more than welcome return for this vital charity event, which will run from March 21-27th.

The irrepressible star YUNGBLUD performs on Wednesday 23rd March, legends Madness on Thursday 24th March, then the return of The Who, playing a very special acoustic show on Friday March 25th. The iconic Liam Gallagher will play Saturday 26th March, with global superstar Ed Sheeran on Sunday 27th March to round off an incredible week.

Live music has been hit hard by the pandemic and it has been particularly frustrating for me that we haven’t been able to get artists on stage to raise money for this vitally important cause.

But we haven't given up. My wonderful team and I have pulled out all the stops to make this 20th series of shows for Teenage Cancer Trust the best ever. I am so grateful for the loyalty and continued support given to us by the music and comedy industries. The Who will be back on stage this year at the Hall alongside some wonderful talent. After the last two unbelievably difficult years, young people with cancer deserve everything we can do for them.”

Tickets go on sale Friday 9:00am, available from: 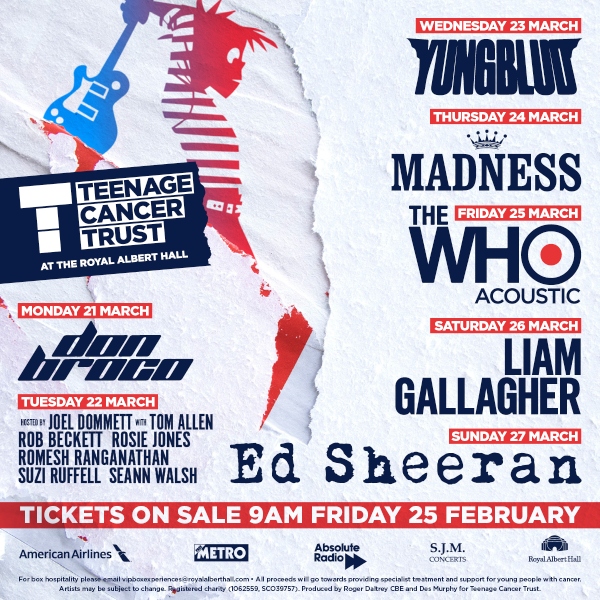 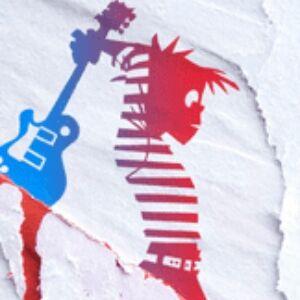