Stag and Dagger is a one-day festival hosted by Beetroot in the Field and Margaret that showcases new talent across different venues in Glasgow and London on one night. Festival goers get an all-access-pass to the best of new music with one simple wristband, running from bar to club to make the most of the music on show. Since its launch in 2008, Stag and Dagger has grown to be THE multi-venue festival that lets you get up close and personal to the Next Big Things. Cold War Kids, Diplo, A Trak and the XX are just some of the music megastars who graced the stages of Stag and Dagger in the past, and with that in mind we couldn’t wait to get stuck into Stag and Dagger 2011.

Our journey at Stag and Dagger London began at CAMP, the aptly named City Arts and Music Project on City Road, to collect our wrist bands, mingle with the other music fans and prepare for one of the opening acts of the night, Seattle based Beat Connection. The electro loving twosome played in the grotty CAMP basement, home to many a sweaty rave but unfortunately on this night it lacked the numbers needed to create the energy the guys deserved. However the relatively small audience did not stop Beat Connection from delivering a high energy set, pleasing crowds with their better-known tracks ‘In the Water’ and ‘Silver Screen’.

Next up to see was the amazing Toro y Moi, who despite hailing from South Carolina looks like he could have easily walked off the streets of Shoreditch, confidently rocking a vintage-urban-street look near identical to his many London fans and followers. With a live band behind him, front man Chazwick Bundwick got the crowds moving and grooving as he jammed through older Toro y Moi tracks like New Beat, to newer sounds like Talamak. His unique blend of indie inspired electro, affectionately dubbed ‘chillwave’ got the teeming room shaking to the beat. He is definitely one to watch, pioneering a distinctively effortless sound packaged with an on point hipster style.

From the rammed indie-licious disco vibe at XOYO we ventured to to 93 Feet East to treat our ears to the lyrical vibes of the much hyped (and deservedly so) GhostPoet. Backed by a minimalistic live band, the self-styled urban Platonic prodigy spat lyrics with the fervour of a musical messiah, reaching out to the intimate crowd as if reliving the scenes he sang and spoke of. Like Beat Connection, his set was also let down by a lack of numbers. And as nice as it was to be able to arrive a few minutes late to hotly tipped gig, walk right up to the front and still have space to dance, a bigger crowd could have helped create the chaos Ghostpoet's fiery passionate music deserved.

Finally, we headed to Queen of Hoxton to treat our ears to the infectious beats of Star Slinger. This ‘experimental hip hop’ dynamo looks more like the missing member of an emo band, but if new music has taught us anything its that you cannot judge a book by its cover. And Star Slinger went on to prove just that. Hailing from Manchester, his slick R’n’b grooves could have come from the same studio the likes of R Kelly and Boyz II Men have jammed in. Splicing and dicing old school samples with contemporary up tempo beats, Star Slinger’s tunes succeed in making your booty drop and ears pop all at the same time. Despite a few too many technical glitches and laptop malfunctions (all too common in the current world of Mac DJs), he got the crowd moving and grooving, and begging for more when the lights came on. With that our night drew to and end and we joined the other revellers in the journey home. Lets hope Stag and Dagger 2012 can pull in the crowds these talented artists deserve. 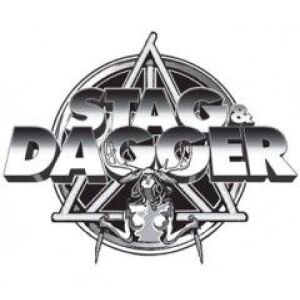