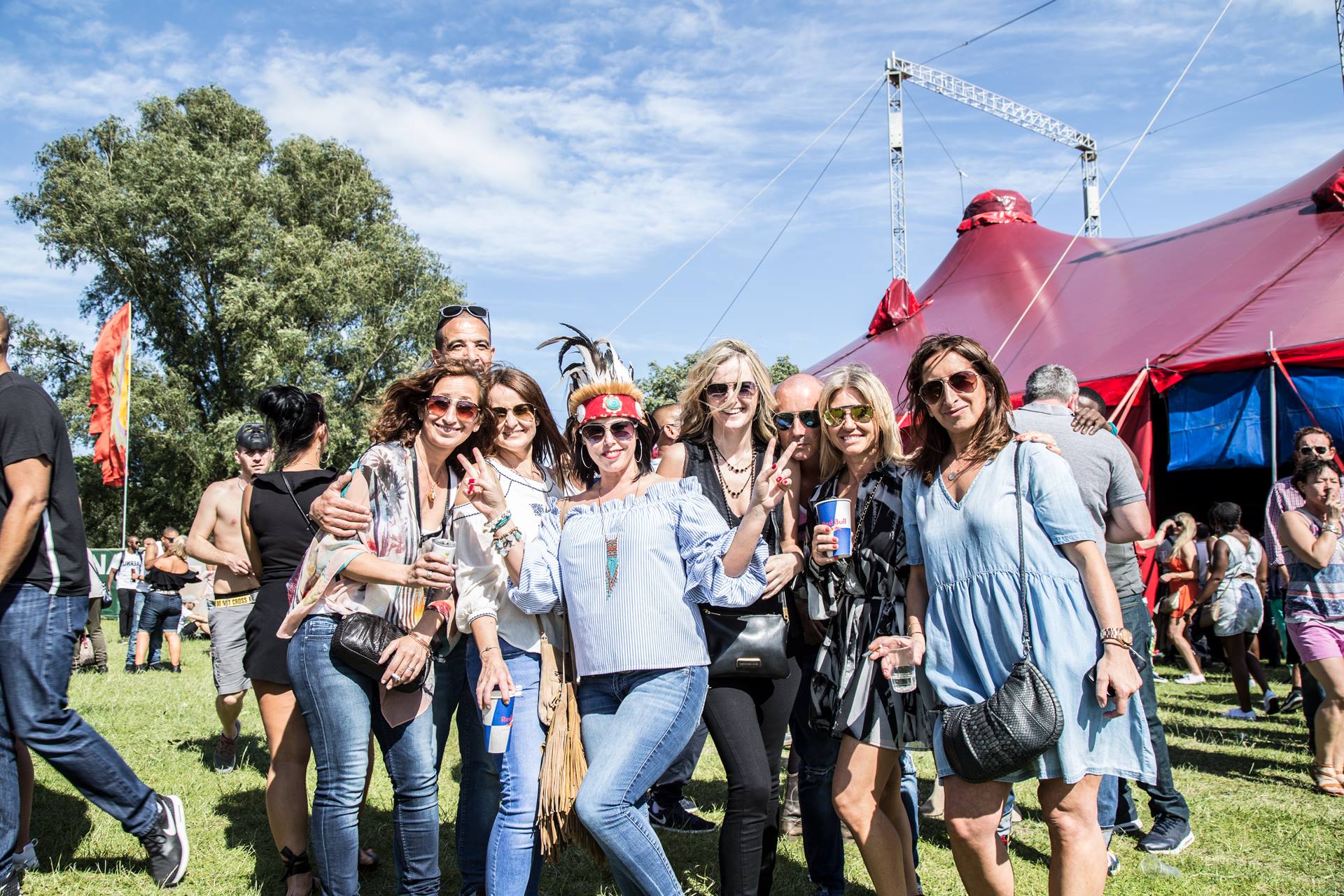 For as long as we can remember dance music has been part of our everyday make up, seeing us through from one weekend to the next, club hopping from the North to the South of the UK and dipping our toe into the party island of Ibiza. Although well-seasoned festival goers, we had never experienced the delights of the Southport Weekender, aware of its long and celebrated history, we arrived eager to see if this one day event would live up to its reputation. So let’s get on with it!

Waiting for the gates to open, in one of London’s finest leafy green parks, we were champing on the bit, eager to get our teeth into the massive line up of diverse sounds spanning UK talent and from those across the pond. And they didn’t disappoint.

Glorious sunshine beamed across the park, and bathed the tents and party goers, bringing out a true summer vibe. The festival plateau comprised of eight uniquely themed arenas, and a smattering of bars and catering outlets. This was clearly well thought through and thoroughly organised from fairground rides to lockers and pre festival information with maps and set times, everything you could possibly want or need for the day ahead.

Security entering the event was tight, as you would expect considering recent incidents, but this did not impact on the enjoyment of the day. In fact it put us at ease, with guards apparent but not overbearing, we could relax and take in everything this festival had to offer.

Our pocket filled with beer tokens, and our homemade spreadsheet pointing us in the direction of the Liverpool Disco Festival Arena, we arrived for our warm up set – Natasha Kitty Kat. Stepping into the arena was like entering a big top circus tent. Yellow and blue drapes surrounded a giant mirror ball, at a height which complimented the acoustics and a sound system that blew our minds. Natasha was a favourite of ours at the awesome Liverpool Disco Festival in May this year, and she didn’t disappoint us here. Treating us to a seldom heard favourites her purrrfect (sorry) selection of disco hors d’oeuvres really got us in the mood, such as ‘Rena’ - ‘dance it off’ and ‘Rainbow Brown’ – ‘Till you Surrender [special mix by Pinky Vasquez]’, and yes, after these delights, we were ready to surrender to the music. Natasha really set the tone for the day, and it was inspiring to see a strong woman making a mark in a predominantly male DJ world. One to watch.

Playing at the same time as Natasha in the Sounds of Detroit Arena was Jimmy Allen. We caught a few moments of his set, and it was clear that he is a musically diverse fresh talent, and an old soul that fitted well into the Southport jigsaw. Jimmy’s selection of tracks and skill with a mixer were superb, the tone and feel of his set transporting us away to ghetto of more minimal beats.

Boomeranging back to the disco arena, we sampled the start of James Morgan of Hustle DJ’s set. The arches of sunshine beaming through the entrances of the tent lit up a scattering of disco toe tappers, all of whom were smiling and absorbing ‘Happy Days’ by Northend and Michelle Weeks, which summed up our mood completely.

Bellies rumbling, it was time to fill ourselves up, we were in it for the long haul. Sitting on a hay bale under a huge tree, stuffing out faces with haloumi chips and paella, we surveyed the scene. The view of the whole site brought home to us the scale of the event comprising of nearly 10 thousand music lovers of all ages, races and religions. A truly diverse crowd, whose only agenda was to enjoy the music.

Beckoning to us from the dimly lit Sounds of Detroit Arena, the echoes of Amp Fiddler got us to our feet. The funk and soul god of Detroit truly hypnotised us with his mastery of piano and vocal sets. This man is a legend.

Alas, time to move on to enjoy more delights. The SunceBeat arena was the place to be at 1:30pm and consisted of an open sided dome that enticed us under a shelter of a black sky. The white lanterns could only be described as disco glow worms dancing in the breeze. Sadar Bahhar was astounding; playing only 45rpm’s filling the dome with the rich warm sound that that only vinyl can produce. Grooving and soulful ‘real’ music was on the menu with nothing but funky tracks such as Jermaine Jackson’s Erucu. Shazam wouldn’t help you here, this music was rare.

Our next stop of the day took us by surprise. The Deep Into Soul arena was already packed out with dancing revellers. The sizzling ‘heat’ hit you as soon as you stepped under the purple and red cocoon and the music lifted your feet as the bass from the speakers rocked and turned on the crowd. HanLei’s vocals during their performance of ‘Diamond’ had already worked us up but we were further elevated with Rhemi dropping ‘Inner Life’s’ – ‘Ain’t No Mountain High Enough’. This was only mid-afternoon and already the Southport Weekender Festival had made a good first impression on us to say the least. We were pumped and ready to see what else the day had in store. Tony Humphries? Yes please.

Entering the gateway to the Powerhouse arena we caught the end of Deetrons set and were greeted by a spectacular light show of green and blue graphics, and our ears were filled with ‘Chic’ – ‘I want your love’. Still light outside next on Tony Humphries took things to another level. We looked back through the doorway to reality, but chose to stay in the internal pocket of dynamite that sent our neuro transmitters to another planet with ‘Wonky Baseline Disco Banger’ by ‘Red Rack’Em’ the soundtrack to our ascent. 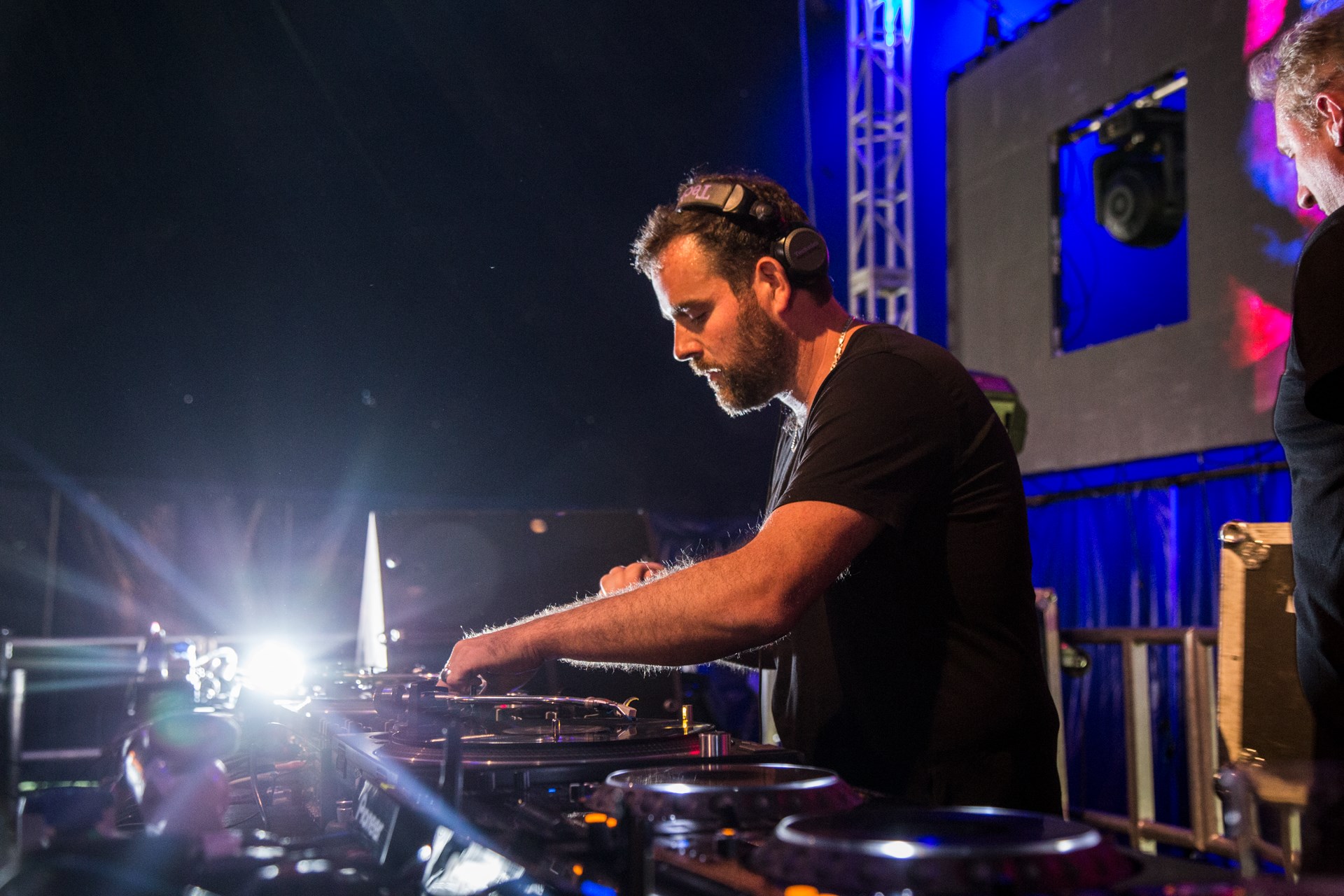 It was hard to leave, but we knew we could enjoy more of Humphries later at the official after party, so headed back to the Liverpool Disco Arena for John Morales. We were lucky enough to sample Morales earlier in the year, again at LDF in the Glitterbox room. There may not have been as much glitter here today, but John still shone brightly. The room was brimming with happy faces as he seamlessly blended track after delicious track of classic disco. The Dimitri from Paris mix of ‘Saturday’ by ‘Norma Jean Wright’ had us singing out loud with gusto, and our dancefloor ‘compadres’ were doing the same, nodding to us in recognition of the special moment we were all sharing. Leaving the tent after a euphoric ‘All Night Long’ by Lionel Richie, we floated across the site heading back to the Powerhouse for what was promising to be a truly unique B2B experience.

David Morales and Roger Sanchez were ripping the roof off the Powerhouse arena when we arrived, teasing the heaving masses with infinite loops of ‘Alison Limericks’- ‘Where Love Lives’ iconic piano rifts. Could we get any higher? ‘Strings of Life’ by ‘Soul Central sent the whole room stratospheric. Massive track after massive track and layer upon layer of sound built up a trifle of musical genius, with ‘Loleatta Holloway’s’- ‘Can’t Let you Go’ being the cherry on top.

Having been catapulted to the moon and back at speed by Morales and Sanchez we had a change of atmosphere with a truly deep and intimate set in what has to be a highlight of the festival.

In the SunceBeat Arena Osunlades performance touched our innermost tribal and primal senses, with a melting pot of percussion and worldwide musical influences. It was a true journey, with on the money mixing and Osunlade himself clearly feeling the music as he moved rhythmically whilst twisting the knobs in our mind as well as on the decks. His own track ‘Dionne’ sounded silky smooth and this took us along a road flavoured with more spice than the grand souk in Marrakech to a climactic samba explosion, ‘Magalenha’ by ‘Sergio Mendes’. We left the SunceBeat Dome in awe of this true musical sorcery.

Back in the Powerhouse Arena, Julie McKnight bared gifts to give us all. Her charismatic warmth and caring nurturing interactions with the crowd made us feel at one as an extended family, joined by a love of dance and music. She wowed the crowed with a perfect rendition of ‘Diamond Life’ her hit with by Louie Vega and Jay "Sinister" Sealee. The truly special moment of her performance came from what she called the ‘oldest of her children’, in the ‘Kings of Tomorrow’ classic ‘Finally’. Every soul sang along in unison, lifted by the feeling of togetherness and Julies outstanding, heartfelt vocals. Emotions were running high with a few tears of joy to be spied around the room.

Shifting from one planet to the next, we ventured back into the daylight and headed for the VIP Igloo for the one and only Mr Graham Park. Old school vibes and experienced patriots of house filled the inflatable dome, with speakers pounding out ‘Freedom’ by ‘Black Magic’. The room was heady with euphoric nostalgia as we stomped our feet into the grass to ‘Bourgie Bourgie’, the ‘John Davies & Monster Orchestra’ classic. Graham delivered a set that appealed to young and old alike, culminating in a hands in the air moment of the ‘Shapeshifters - Lolas Theme’ weaving intensely into ‘Rhythm is a Dancer’, a secret gem by ‘Diva Avari and the French House Mafia’.

With only twenty minutes to go, and feeling like we’d only just arrived, Kerri Chandler had the Powerhouse Arena packed for the closing of what had to be one of the most memorable music events we’ve ever attended. We closed the night with ‘Kenny Bobien’s’ –‘ I shall Not be Moved’, with David Morales pinching the last tweak of the decks as Kerri thanked the crowd for bringing soul, heart, love and wisdom to what was the happiest and friendliest party in the world.

Taking everything into consideration, the venue, set-up, design, amenities, sound systems and lighting, chill out spaces, and wonderful staff, the first Southport Weekender Festival was, from our point of view, a resounding success. Being born from the esteemed original weekender parties it was bound to be. Our only criticism would be that there was too much to see in such a short space of time. Maybe two days would have worked better for those of us who like to take in the whole of what’s on offer. 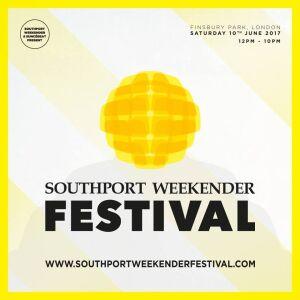