Its hard to believe that the travelling festival that is Sonisphere is only in its third year, so swift has its growth been, in the first year tickets were being given away but this year the sold out signs were up,  as it rolled into Knebworth House for the UK leg there was great anticipation in the crowd for the first UK performance of the Metals Big 4.

Sonisphere prides itself on not having clashes of bands performing on the main and second stage, but on Friday the second stage was closed so everyone could enjoy The Big 4.

Anthrax kick off their set at breakneck speed with Caught In a Mosh which gets the expected result and circles can be seen in the crowd, this is swiftly followed by Mad House which keeps the pace up.  It is clear that Anthrax are determined to set a standard for the remaining three and their final track I Am The Law is the highlight of a breathtaking set.

Megadeth have the unenviable task of following Anthrax and get off to a slow start but once they get warmed up the deliver some classic thrash especially Hangar 18.

The great thing about Slayer is that you always know what you are going to get and it will be fast and furious and they certainly didn’t disappoint, it was clear to all that they wanted to have fun and that’s what they did and the crowd loved every minute.  They open with Disciple and are quickly into War Ensemble their set lasts for about an hour and finishes  with Angel of Death, catching our breath its now just a case of waiting for Metallica.

Metallica don’t know how to put on a bad gig and this is no exception, although they are not their very best tonight, the first part of the set is dominated by earlier material including Master Of Puppets and Seek & Destroy.  The encore sees the coming together of the Big 4 plus Diamond Head’s Brian Talter for a rousing rendition of the Diamond Head Classic Am I Evil much to the delight of the audience.  Metallica finish their performance with Battery & Creeping Death leaving 60,000 punters breathless after what had been one hell of a day on the main stage.

The Treatment play old school heavy metal, it was a refreshing sight to see ones so young playing this kind of music. Led Zeppelin meets Black Sabbath with a fine bit of AC/DC blues. If you missed them at Sonisphere then check them out at High Voltage it will be worth it.

With the rain pouring upon the crowd, The Crave bounded on stage with the energy of their youth they are a real gutsy rock n roll type of band playing straight up rock. Having toured with the likes of Deep Purple and Buckcherry you could see why, these guys are really starting to make a name for themselves.

The Tent is rammed with fans waiting for a chance to see the prince’s of British metal Rise to Remain, the wait is over as Austin and the boy’s bring the tent to an early demise. The ferocity of their music is unique and the ability of lead singer Austin to change from a growling scream to a simple melody is what makes these guy’s a power house in today’s brutal world of metal. The crowd are giving back just as much commitment to band, which in turn makes the band give even more. The announcement of the new album is greeted with cheers that almost make your ears bleed, and with the title track City of Vultures comes a pit the size of the tent, as the band finally come to a stop the whole tent starts to slow just a little bit, but the intensity is there for all to see. They came and conquered with the help of their fans, Rise to Remain will be a force for years to come.

Saint Jude have a great spot on the line up, the sun is setting and if you close your eyes you could be listening to Janis Joplin at Woodstock. Lynne Jackaman and her band play their rock n’ roll n’ blues from their hearts and you can see that they are enjoying this opportunity at playing at one of the biggest rock festivals in the country. The crowd are loving the chance to sing and clap along to songs, highlights of the set are Pleased to Meet You, Parallel Life and the current single Soul on Fire  all from their excellent album “Diary of a Soul Fiend”.

Sisters of Mercy – Bohemia Stage
The Sisters of Mercy used to be a clad in black leather, surrounded by smoke machines and white lights, as the tent fills up with smoke and the lights dim to near blackness, the band arrive on stage but there is an exception to the old ways Andrew Eldridge’s lack of black leather.

Sunday arrived and despite the effect of three days of partying everyone was anticipating a great day on ‘Slipknot Sunday’.

House of Pain seemed a strange choice for a metal/hard rock festival, but it is clear that even genre specific events now feel obliged to include one or two curve balls.  The set is easy going and as an early afternoon warm up works well, it reaches a crescendo with their classic Jump with the whole audience joining in.

At 2:00 pm the site is silent (yes including the fairground) for 2 minutes in memory of Slipknots Paul Gray who died last year, at the end of the two minutes there is huge roar, and then its back to normal with In Flames taking to the Saturn stage, it must have been hard for them to follow the 2 minutes silence, but they did this admirably.

I have seen many bands over the years but few can compare with Airbourne.  Airbourne deliver everything that AC/DC used to plus a hell of a lot more, with front man Joel O’Keefe quickly becoming the most charismatic in rock. Their set s high octane not just musically but also the stage antics where they must cover 5 miles in just sprinting from one side of the stage to the other.

The highlight of the set 'quite literally is when O’Keefe climbs to the top of the stage to play his solo, it was probably the most frightening points of the weekend.  During  Stand Up for Rock 'N' Roll he managed to get most the audience to get on their partners shoulders.

Sunday afternoons at festivals are great, there’s often a hangover to contend with and a lay down to be had, but stumbling upon the Jagermiester stage during the opening song of Mad Dog’s set makes all the woe’s disappear. This 3 piece from London play the music you associate with smoke filled whiskey bars from days gone by, and they do it very well indeed. With a new single coming out in September Mad Dog have much to look forward too, and so do I.

One of the main benefits of Sonisphere is that you can see all the artists on the main two stages, however this can sometimes cause problems if you want to see an artist in the tented area, this was the case for The Cancer Bats when their more people outside than inside.

So we patiently waited for Bill Bailey, he delivered a set which was ideal for the festival with a band of high quality session musicians, with covers of Gary Numan’s Cars and Metallica’s Enter Sandman using bike horns, but the highlight was Scarborough Fair in the style of Rammstein, all that was missing were the pyro’s.  Hopefully Sonisphere have started a trend here and we can look forward to top comedians playing on music stages in the future.

The nearer we got to Slipknot’s performance so the expectancy rose, and as they walked on stage the roar could be heard on the M25.  Corey Taylor made it clear that the performance was about a celebration and not commiseration, and they powered through their set list which included such favourites as Left Behind, Duality and People = Shit.

Having delivered the celebration their was one final moment to reflect on Paul Gray's life as his outfit and mask were brought to the front of the stage with Til We Die playing in the background.

It seemed to be an ideal way to end the festival, which had delivered so much in three days but reminded us all that we are all mortal so lets enjoy life while we can. 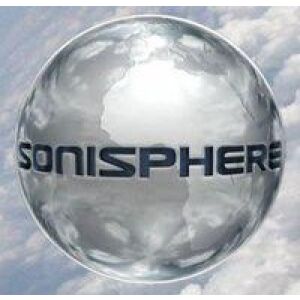