Brighton’s “Summer Closing Party” took place at Stanmer Park with thousands of people coming down to party in a field for one last time. With DJ’s playing from start to finish on the Supercharged and DPM stage the energy in the crowd was high, with people dancing everywhere you looked. Whilst the weather was not great the sun popped in and out of the clouds to the delight of the festival goers.

With DJ’s such as Breakage, Krafty Kuts, Kissy Sell Out, Zane Lowe and 2ManyDJs tearing up the Supercharge Stage it was as if the crowd never stopped dancing for the entirety of the day with hit after hit coming out of the speakers full volume.

On the main stage the crowd was treated to the brilliant New Young Pony Club, playing an energetic set of crowd favorite’s such as Ice Cream, Lost A Girl and The Bomb. The crowd danced and sang for the entirety of the set.

Next up on the main stage was Ed Sheeran and the anticipation was high, with a huge crowd gathered around the main stage ready to see this great up and coming artist. When he finally walked on stage the crowd screamed at a very humble Sheeran, he then blistered through a set of songs off of his new album before telling the crowd that he had received a phone call informing him that his debut album had gone to number 1 in the charts. He then sang an acapella song using only his loop pedal to create beautiful sounds with his voice. Finishing with hit single A-Team the crowd sang at the top of their lungs along with this great song before inviting Mikill Pane on stage to rap the entirety of Little Lady to the crowds delight. A real talent and definitely one to catch when you can.

After Ed Sheeran Example took to the main stage playing all of the hits that have dominated the charts over the past year, telling the crowd to dance at any given opportunity Example dominated the crowd and it was clear from looking around that everyone was happy to do as he asked! 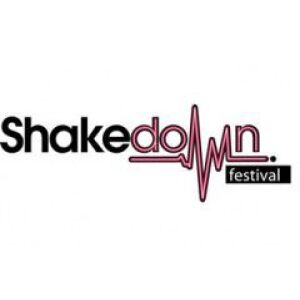