We started our Big Burns Supper on the first weekend with the street carnival. A wonderful walking display of colour and amusement straight from the minds of local creative artists. The theme was music and included a huge shadow dancing DJ booth with a large Calvin Harris puppet spinning the decks on top. There were crowds of dancing singing children dressed in all sorts of carnival outfits, screeching owls, spinning discs, frosty ice dancers. There was Elvis and a musical Space Invaders set. A huge Owl accompanied by many owlets. Anything goes! The hundreds of handmade lanterns lit the way along the river side, carried happily by adults and children alike. Thankfully it remained dry and everyone was in great cheer as the fantastic fireworks exploded for the carnival finale. 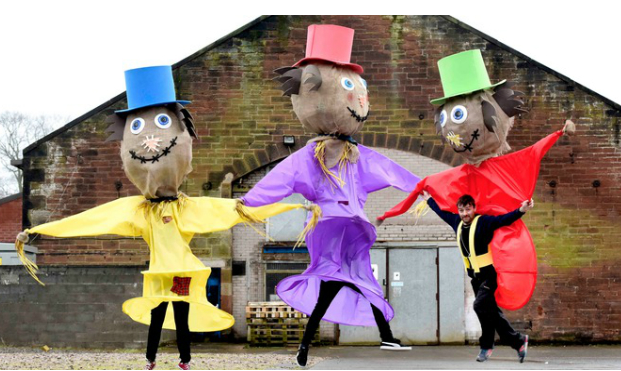 Speaking to the carnival deisgner and local artist Ryan Smith he said that "the carnival inspiration for the floats are first taken from a story written by primary school children, and then each design and costume is researched and prototyped. The best bit for Ryan is "seeing the reaction on people's faces and hearing their praise as the carnival dances by."

The belly of the Speigle tent is a beautiful place. You never quite get over how atmospheric and quaint the beautiful wooden and stained glass tents are. This year the Big Burns Supper’s new welcome area is very enticing too. It is bigger, with a large bar as well as a Prosecco bar. It has a couched area for chillaxing and plenty of carpeted dry areas for waiting, which you need in this horrendous Scottish weather. Even just waiting for the first acts of our weekend with the Spiegle proudly waiting, was exciting. Just five minutes from my front door and I was transported into a magical theatrical palace. People were jovial and you could quite forget where you were and the time of year. A delightful distraction to the wilds of the Scottish weather.

First act up was Andrew Maxwell. Irish comedian with a taste for political diatribe and poignant punchlines. Not so much amusing as hilariously close to the bone with his social adjunct to the weird and wonderful things about Scottish life and conspiracy theories. It was at times an uncomfortable atmosphere as he tried to out the Tories in the room but in a way that makes you glad you can laugh at yourself. He certainly seemed to enjoy his own comedy, his points of view, let alone his giggle, which was infectious.

He insisted on an interval to ensure everyone could top up their drinks, a true nod to the Scottish accompaniment to culture for sure. It was with great pleasure I got to discuss conspiracy theories with Andrew after the show, sadly concluding in one of his many hilarious accents “Conspiracy theories may seem crazy but they distract from the truth which is just plain sad.” Strangely educational experience of hilarity at the scary truth of it all. 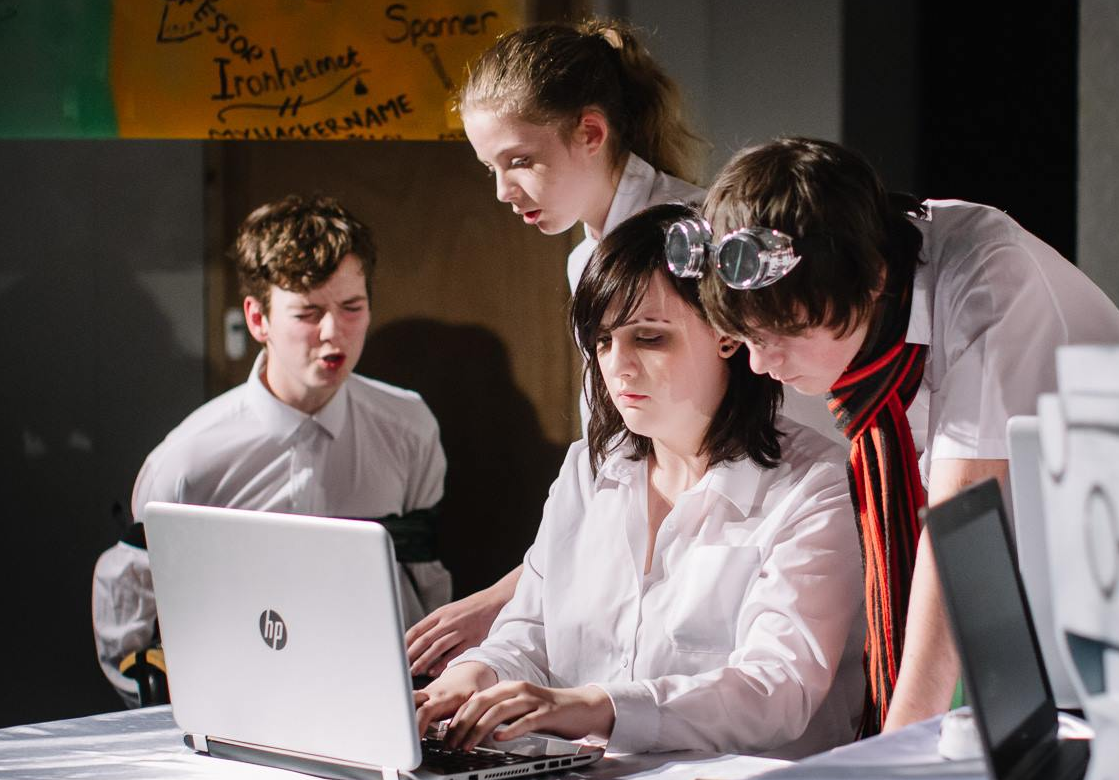 Next up was a full afternoon of show after show. Starting with Generation, a show we picked to be able to witness local growing talent from the Dumfries Youth Theatre. The story followed a young group of nerds in a Hackers club at school who use their technical skills to enact revenge on a major corporation along with other hackers from around the world. It was an interesting story line. It made you question your online identity, security and safety. A modern day issue only all too prophetic of ones fears these days. A brilliant performance by an engaging group of young actors. 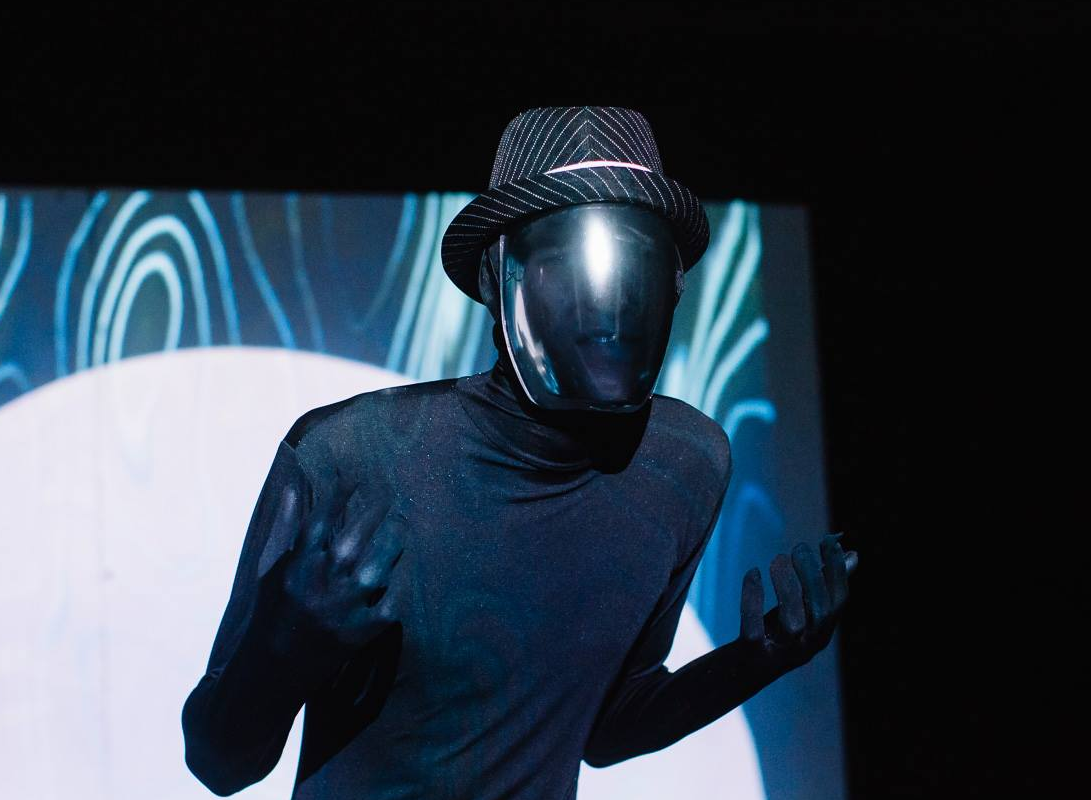 Our next show was an incredible two person visual and narrative part performance, part installation. Designed to pose the question of ‘what is reality?’ Cleverly enacted with audience participation, and impressive visual graphics, you were made to feel part of a simulation. The show, Luxe, accompanied you through a series of experiments to challenge your lucidity and break down your understanding of past, here and now and future. It was an outstanding performance which you feel you will never see again. It was the weirdest thing I have ever seen that I totally understood. We all agreed on the way out that it had left us with a sense of wonder. And lots and lots of glitter in our hair. 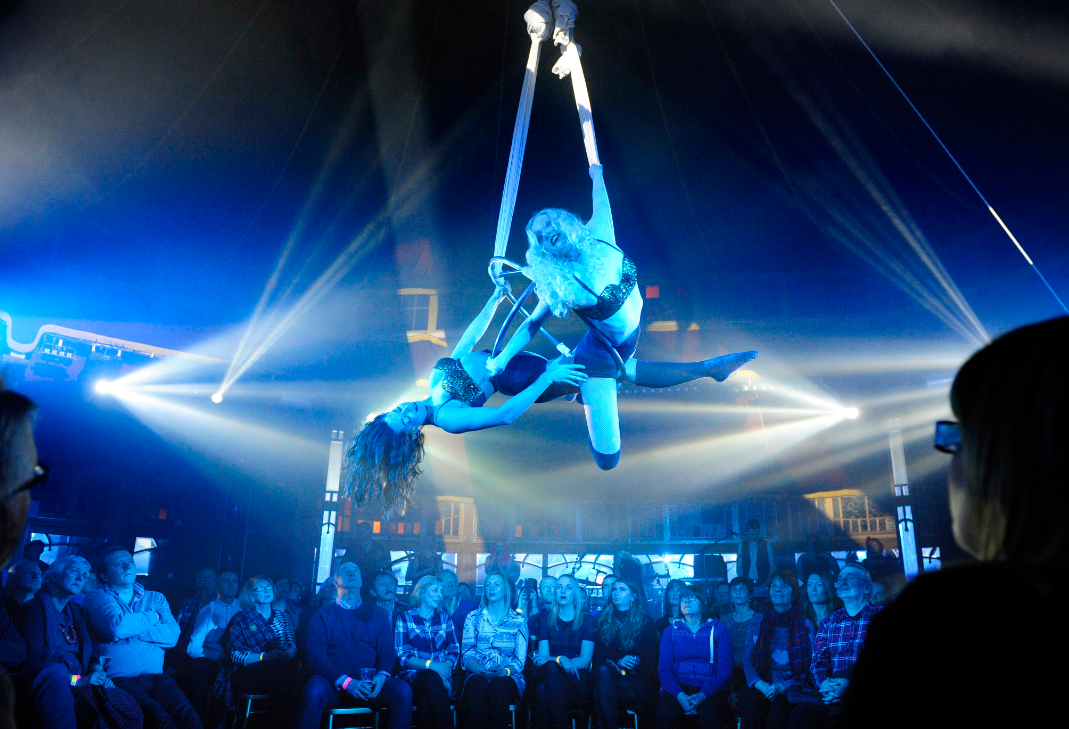 The final show of this evening was the award winning Le Haggis, the flagship show of Big Burns Supper. Now, in its third year, having recently had sell out shows at the Edinburgh Fringe, it is bigger and better than ever. The high octane cabaret show just hits you where it’s meant to. With its variety of ribbon twirling, hula hooping, shape swinging, impressionist singing, acrobatic beautiful people all supported by talented musicians and impressive vocalists. The medleys of beautiful songs ranging from Black is the colour through to Faithless Insomnia made it eclectic electric. The atmosphere of the tent, the charm and sass of both the staff and the performers. Fun, frolics and frills in a weird and wonderful, loud and proud way. Le Haggis in the Speigle is just as Scottish as it gets. 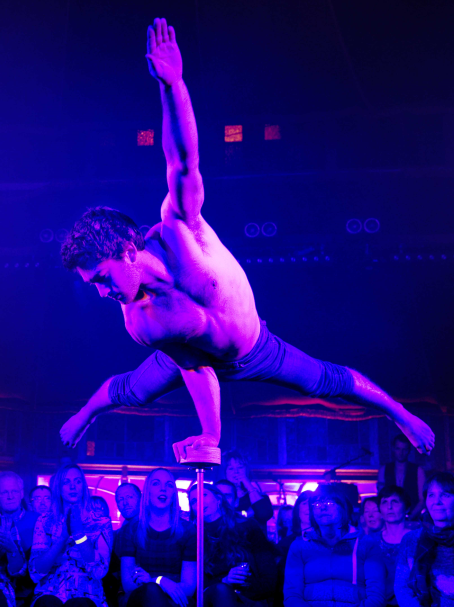 Finally, our last show on the final Saturday night - Black Grape! What on earth? In Dumfries! Big impressive WOW. The last time I saw Black Grape perform was at a festival at Loch Lomond, alongside Oasis!!! That was over 20 years ago. Seeing Shaun Ryder and crew on stage just metres away from me was really something else. You gotta do the swagger, sing all the lyrics and have a little moment of awe at how old we all are now are. But we survived, as did Mr Ryder, just about. He sure didn’t hold back on his drink and drug fuelled song writing stories on the stage as they belted out album favourites one after the other, splattered with a few newer songs too – out soon!

There was a large amount of Bucket Hats in the audience, with swinging arms and smiling faces. Excited reminiscent conversations of days gone by. Thanks Big Burns Supper. Thanks to Black Grape. It was a very special Speigle tent experience. It was a big day in the north.

And that was that.

This year’s festival experience was about quality not quantity. We might not have seen much. But what we saw was all fantastic. What we felt was ecstatic that yet again, an incredible feat was pulled off in the sleepy town centre of Dumfries. In torrential weather and storm speed winds.

Up north there is no stopping the Burns celebration. The Scots have it sussed.

Feeling blue in January? Come north for the Big Burns Supper. It’s just like Christmas but with haggis. 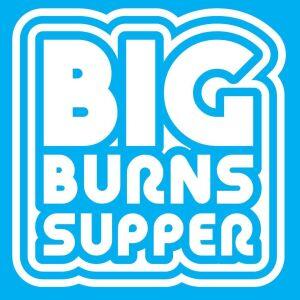