Ofest has confirmed that Conor Maynard has been added to the line up and will join Union J on Sunday 25th May 2104. Other acts confirmed are Wilkinson, Nina Nesbit, Wiley, Foxes, Neon Jungle, Luke Friend, Elyar Fox and many more!

Starting life as an actor (Dream Team series 9 fact fans), Conor Maynard switched to singing in his mid-teens; hearing Conor messing about with his mates in the street, a girl at his school begged him to come and sing to the rest of her friends. It got him thinking that maybe other people would want to hear him too.

“I used to sellotape two Singstar microphones together and then sellotape them to my bedpost, that’s how I first started recording covers,” he grins of his humble beginnings as a 15 year-old. From there, he began uploading videos of covers to YouTube. “Initially they were watched by literally three people, basically my Mum and my Nan!”

As Conor began to step up the production levels, putting visuals to the vocals, more and more people started paying attention. He also put his own spin on proceedings; switching up the melodies, adding his own lyrics and stripping back whole instrumentals to the bare bones. “I think people started respecting me as an artist; they wanted to hear me covering a song because they became a fan of me, rather than the song I was covering.”

His behind-the-scenes specials, The Conorcles, showed Conor’s willingness to put his personality online; his keen sense of humour attracting fans to his off-the-cuff wit and innate likeability. Here was an artist with enviable talent but also an everyman manner. Someone who you want to see play live and then hang out with after the show.

With his already impressive digital statistics continuing to sky-rocket, Conor Maynard is set to become one of pop’s hottest picks. After winning 48% of votes in MTV Brand New (beating Lana Del Ray in the process), he has since played at the Royal Albert Hall and the Capital Summertime Ball at a packed Wembley Stadium, performed in Canada for Richard Branson for the inaugural Virgin Atlantic flight to Vancouver, and has just announced his own 5-date headline UK tour. While in Canada, Conor had to move hotels five times to escape the hoards of teenage fans trying to get a glimpse.

The rest of 2012 is fast shaping up to be an incredible year for this confident, quick-witted and immensely young singer. Up next is presumable global domination, award ceremonies and multi-platinum sales on an international level.

“It’s pretty nuts,” admits Conor of his success. “When I went to No.2, I had a little celebration in Brighton with my mates,” he remembers. “I definitely had fun, but I also had to finish the rest of the album so I really just got on and did that.”

So while an awful lot has already been crossed off Conor’s To-Do list, he’s far from complacent. “Everything that has happened so far has been amazing, but I’m not about to take my eye off the ball. Right now I’m getting ready for the next step because I don’t want to trip myself up. This is the most exciting thing to happen to me, and I don’t want it to stop.”

Fornmore information and tickets links for you chance to be able to see Conor at Osfest click here. Early Birds have now sold out 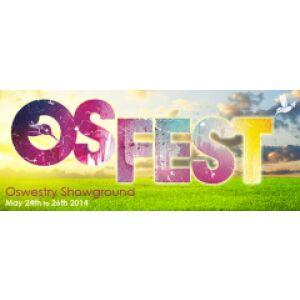