I love this festival. Simple as that. Some festivals are truly great events; great atmosphere, great bands, great facilities, but they don’t have a VIBE. Off The Tracks simply oozes vibe. That electric feeling, from the moment you arrive, when you realise you are part of something very special. It’s a combination of things. When you know that you are a player in something where the parts equal more than the whole. A coming together of kindred spirits. A special bond between the place, the bands, the people.

In reality, not too many festivals manage to create that ‘vibe’ – the fact that OTT has been in existence 24 years and some in the crowd have attended for all those 24 years is testament to what OTT is all about. Regulars trust the OTT organisers to put on a great festival and to provide first class artists, irrespective of their relative position in the musical pecking order. This is one of the few events where the line-up does not really matter at all. You just know everything will be just right. OTT has a reputation for discovering rare talents, and Spring 2012 was no exception.

Let’s start with the basics. OTT is fairly unique and very different; it’s held on a purpose built farm based camping facility is a beautiful location in Derbyshire. This place has its own on-site pub and diner, supplemented by a real ale bar and cider bar (80+ beers and ciders from £2.70 a pint!). The diner sells home reared venison. The main stage is a farmyard. We are talking permanent heated showers and toilets here.

OTT attracts an excellent, extremely diverse, friendly crowd who leave their musical prejudices at the door to enjoy whatever the line-up throws at them. There is plenty for everyone, and the festival really does provide loads to keep the kids occupied. Want more good news? OTT runs twice a year, with the Spring and Summer events each having their own unique atmosphere and structure. (Click on the links to read what this reviewer thought of last year’s Spring and Summer events.)

Needless to say, for this year’s Spring festival, we had a great time again. The weather was glorious; indeed it forced this reviewer to crawl from his tent to sleep under a tree at some ungodly hour one baking morning after a night pounding the boards in the Cabbage run Pystrance barn. Here are some of the bits we can remember!

The Fallows were next up. Immense talent in a band so young. The music is difficult to define; with elements of folk rock interspersed with almost classical English Folk breaks to provide an excellent and varied soundscape. They told us later they were looking forwards to a year of touring. Do check them out at a festival near you in 2012.

Blimey – Wilko Johnson. What a great headlining show. Power R&B delivered in Wilko’s unique manic style. He must cover 10k per show. This was top drawer music delivered by very accomplished musicians. Dylan Howe produced some mighty drumming, but for me The Blockheads bassist Norman Watt-Roy was star of the show with some brilliant driving bass to fuel Wilko’s machine gun guitar antics. They finished the set with what Wilko called an ‘Experimental’ version of Johnny B Goode. It was pure brilliance.

Over in the barn, Leed’s based Cabbage provided the pystrance nights with O.V.N.I. & Purusha resident on Friday. Pulsating AV in the beautifully decorated barn created a throbbing atmosphere through to 3am.

Sadly due to Cabbage exploits we missed The Jackals on Saturday, who by common consent produced a hugely entertaining bluesy set. We did catch the Old Dance School, who delivered a richly melodic set of finely honed orchestral folk. Lovely stuff.

Manchester’s finest - The Jerzey Street Band - were a revelation; this was a set packed with first rate country rock delivered with both passion and sensitivity. Top Notch stuff. So dazed were the guys by the great reception at OTT that they forgot one of their guitars when they left. It’s now in my living room guys! Sorted.

Simon Friend’s Seismic Survey produced arguably the set of the festival. A real coup for OTT, and playing only their second gig, this was a performance to remember. This is no simple vehicle for the Levellers Simon. He has astutely surrounded himself with some very fine musicians who can hold their own in any company. Both songwriting and vocals are primarily shared between Friend and Paul Miro. Miro has an excellent voice, and boy can he play guitar. Add to that excellent mandolin from old Simon’s old mucka Mick Doyle and bass from OTT organiser Andy Cooper and this is a potent combo indeed. The crowd simply loved it. You could hear the ovations in Derby (probably). Absolutely wonderful. So successful is this side project that plans are already afoot for an album and tour later in the year. Those present will remember they were lucky to catch them here first. (Read more about SFSS here.)

We revelled with the marvellous Tarantism playing their soundsystem set in Cabbage. This is a big beat twist to the band’s typical set and we loved this spin. This is the third time this year that Tarantism provided one of the highlights of a festival for us. I think we must be on to something. ‘Louder Harder Faster’ indeed.

Blimey again – Hawkwind. Another coup for OTT, the band were delivering the inaugural outing of material from their new album Onward. It’s brilliant! Everything was going down here – stilt walkers, dancers, some marvellous back projections, and a simply splendid band; no wonder old stager Dave Brock was grinning from ear-to-ear. This is Hawkwind at their best. A stunning set, and yes, they did finish with Silver Machine.

A special big up to O.V.N.I. & Purusha with their dance set over in Cabbage. We had a ball, with the Cabbage scene rolling on until 5am.

Sunday saw the temperature reach critical proportions. A lazy day was made very special by one of those little ‘moments’ that make OTT so magical. We stumbled across an intimate jam session in the barn between the absolutely excellent Avert Francis, the aforementioned Mick Doyle, and Steve One Bloke One Mandolin. We were blown away. These were three virtuoso’s whose talents and diverse musical styles combined perfectly. Playing completely off the hoof (the three had never even met before!), some of Avert’s beautiful gossamer delicate songs mixed with SOBOM’s bluesy style & great mandolin picking from Doyle were a genuine highlight of the weekend.

OTT were keen to introduce The Warsaw Village Band to the UK audience, and rightly so. Described in some quarters as the Polish Pogues, they take traditional East European folk melodies and sometimes played it straight, and other times reworking to produce an almost club beat. It all works. If you get the opportunity check these boys & girls out.

Dub Pistols closed the show – and in some style. Sunday nights can feel a little jaded, but these guys grabbed in by the scruff of the neck and shook it up ‘til it hurt. They had the whole place bouncing. There is everything in the mix from dub to ska to electronica and the crowd loved it. Founder member Ashworth has assembled a great high energy band, each with their own stage presence, and a cracking dirty beat cover of ‘Peaches’ topped it all perfectly.

So there you have it – Off The Tracks. Brilliant….. and you only have to wait until August for the next one!

Check out the Gallery for some more festival pics! 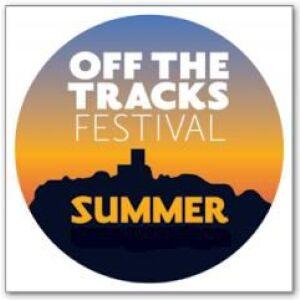 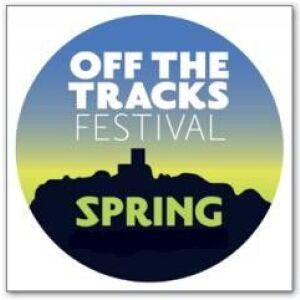 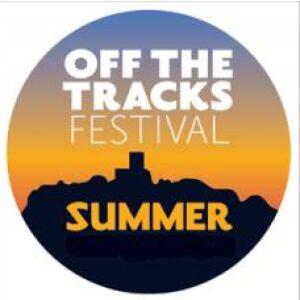 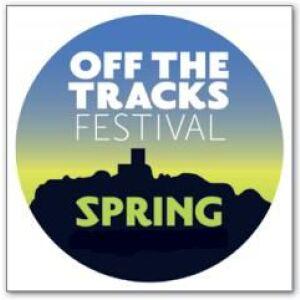