Liverpool Disco Festival Review
My high expectations were exceeded within half an hour and converted into a million pieces of glitter dust propelling towards outer space.
Tweet 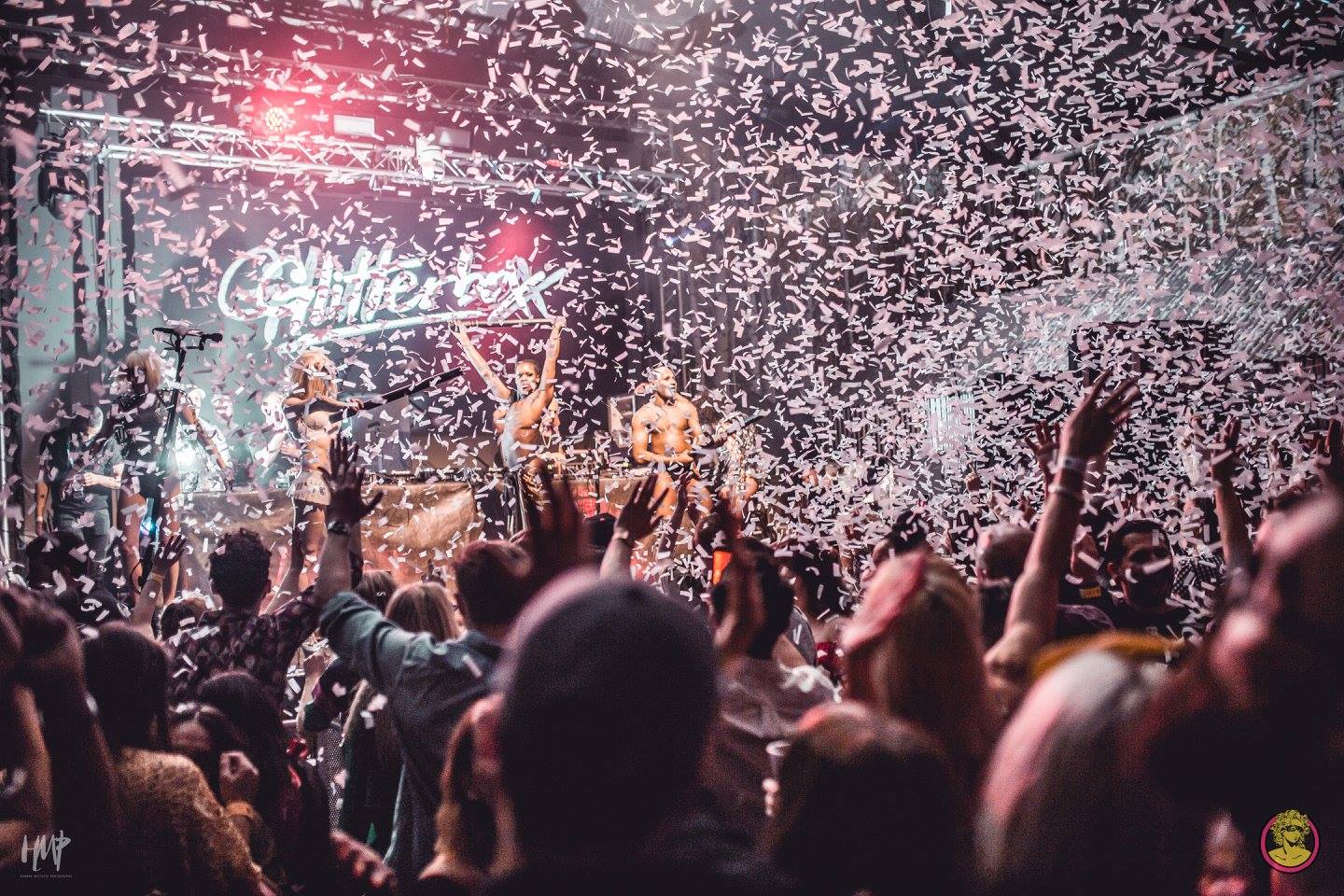 There are no words to describe how eagerly we anticipated the second instalment of Liverpool Disco Festival – for months we had been enthusing about it, and now that the time had come, it had been built up to such proportions that, realistically, we expected that we’d probably over-hyped matters slightly. To be honest, we’d set our standards of disco madness pretty high based on last year’s sensational inaugural event…it was going to be a challenge to exceed our expectations. Within half an hour, those expectations had been met, exceeded and converted into a million pieces of glitter dust propelling towards outer space. It’s going to be a challenge to encapsulate this experience in the written form, as you really had to be there to feel the warmth and soul shaking vibrations emanating from The Baltic Triangle on Saturday 6th May.

Last year, the team behind LDF took a leap of faith into the unknown as they hosted the City’s first ever Disco Festival. This however, was not a blind leap, as they were equipped with a tonne of skill and experience to put on a world-class party. The Hustle DJ’s in collaboration with UpNorth and some of The Baltic Triangle’s most iconic venues pulled out all the stops, delivering an event that everyone discussed for months, hoping that it would return once again to make our hearts feel happy. This year they returned with the internationally renowned Glitterbox on board, as well as being the official ’30 Years of Southport Weekender’ celebration. 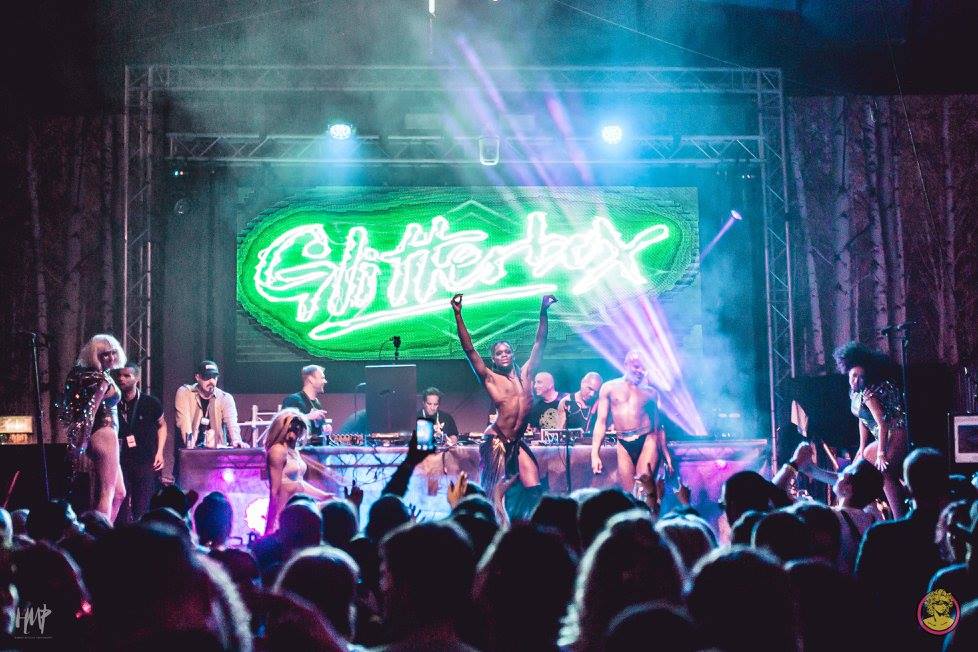 The Second Chapter was ready. It was time to wave goodbye to the mundane and welcome 12 hours (plus after parties) of pure disco hedonism into our lives – something which even the thought of promotes a glittery glow inside.

We entered the mighty Camp and Furnace to a welcome of illuminated, floaty clouds and real trees decorating the industrial backdrop of this former shipping warehouse. The enormous space was filled with an array of party people, most of those adorned with glitter, already getting down to the sounds of Neil Pierce (one half of the production duo RHEMI). There was a light, but cheeky groove going on as everyone greeted each other with excited smiles.

Like children in a sweet shop, people flocked to the girls from So Coco Rouge at The Glitter Station to be covered in sparkles, as they then picked up a drink and continued to adventure around the festival site. Wondering over to Constellations Garden, we enjoyed a fine selection of rum as we took our spots under the canopy to take in Natasha ‘Kitty Katt’ Probert’s afternoon set.

Immediately we were immersed in the sounds of The Trammps as ‘Can We Come Together’ filed the air – somehow an analogical ode to the inclusivity of the disco scene, strangers danced together and old friends embraced as the orchestral arrangement and brass hits had people bouncing in unison.

This was probably the happiest little garden in the world, everyone lost in the moment. Singing our hearts out to Cheryl Lynn’s ‘Shake It Up Tonight’ we really were getting ready to shake things up, as a happy reveller adorned fellow dancers with jewels and a community feel unfolded.

Natasha’s set embraced the raw emotion of disco, the tracks showcasing not only the rarer sounds of the scene, but the feelings, the passion and the energy of the whole movement could be experienced through the music – the Katt herself embracing the audience as she danced with us and entertained the afternoon crowd. This genuine, soulful vintage groover is certainly one to watch on the disco scene right now.

Feeling energised, we sprung back into The Furnace where Graeme Park’s set was on fire – Shirley Lites’ ‘Heat You Up’ bouncing off the industrial metal sheet roof, as he mixed sensationally into Thelma Houston’s ‘I’m Here Again’ the whole room got a little hotter as people got up on benches to dance around the perimeter. 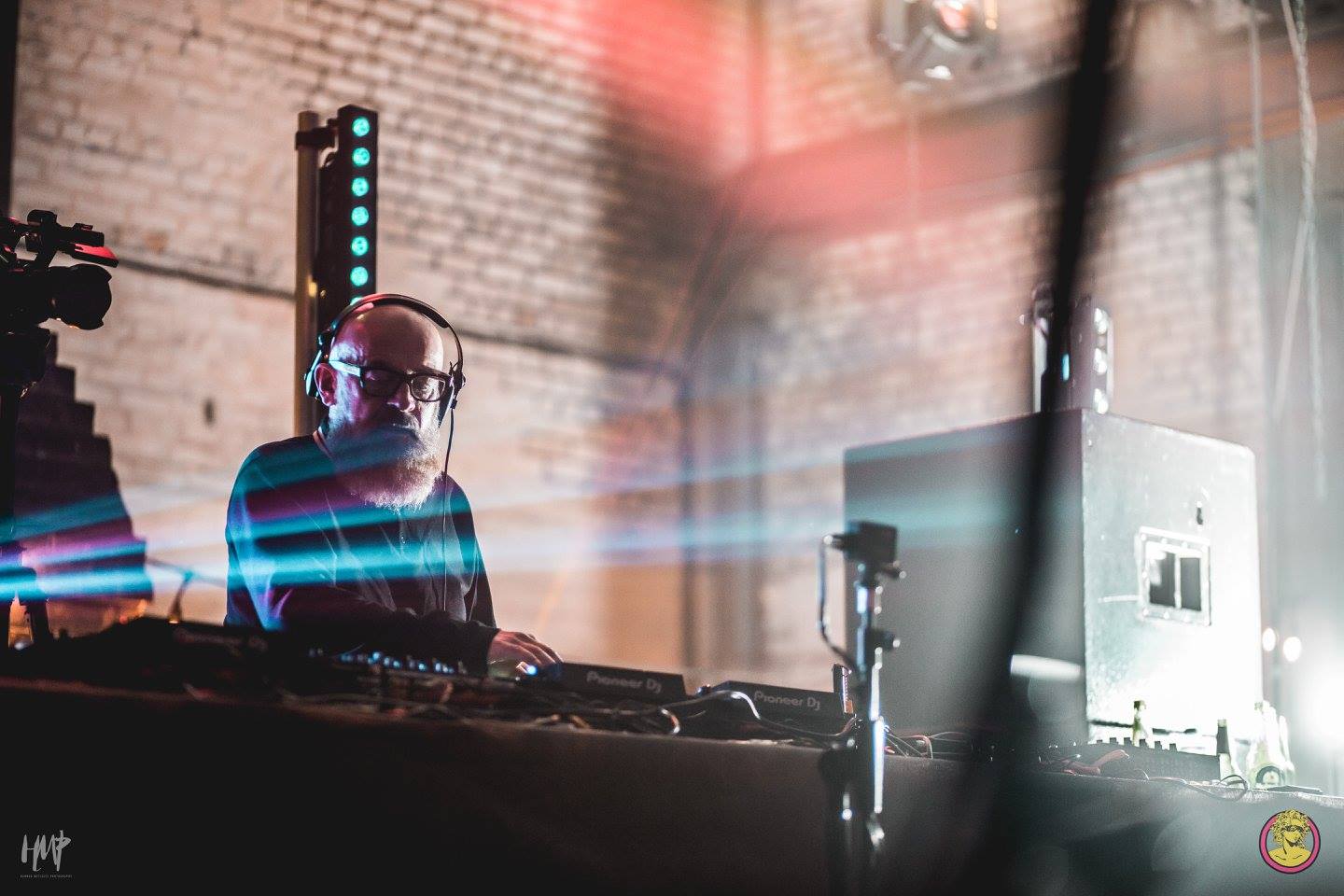 Graeme’s set was an absolute delight, from the melodic to the dirty, the funky to the fabulous, he encompassed 30 years of disco and its evolution into House Music and beyond. One of the afternoon’s highlights came in the form of everyone singing in unison to ‘Haven’t You Heard?’ by Patrice Rushen, hands raising in the air as things suddenly got intense on the dancefloor. It brings about a flashback of those illuminated clouds up above and sequin clad dresses shaking to the rhythm.

The presence of Diana Ross then hit us in the face with the heavenly ‘No One Gets The Prize’ and it’s divine bass, brass and harp warming the soul ahead of a disco diva-esque punch in the form of Spanky by Timmy Vegas & Boogie On Down Deejays which absolutely made the set.

Directly adjacent to this heavenly soiree, another rhythm monster was waking up in The Camp next door – Glitterbox had landed and John Morales wasted no time in delivering the crème de la crème of disco sets, in a fashion only he could. For us, this was ‘The Powerhouse’ of the event, with the full Glitterbox show in tow, the calibre of the line-up here was simply stellar.

John Morales was the hero of last year’s LDF and without a doubt, he took the crown again – not just with his Glitterbox set, but his energetic after party session and overall passion for this event and its people.

The afternoon set was a bubbler, a slow simmer to begin with until all of a sudden, we were brought to the boil without us even realising it. ‘Let No Man Put Us Under’ by First Choice had us singing from the heart, fans flapping to the beat. The pinnacle came in the form of Louie Vega’s Mix Edit of Bourgie’ Bourgie’ by John Davis & The Monster Orchestra. This track has the ability to whip a crowd up like a whirlpool, especially when delivered as beautifully as Morales gave us the pleasure.

To sum up this set in the words of Teddy Pendergrass, we’d say ‘The More I Get, The More I Want’ – this exact track dropped into the mix at exactly the right time as the crowd chanted “We just can’t get enough…” in response to John’s epic selections.

Needing some fresh air (and a cocktail), we squinted as we danced our way outside and realised it was still very much the light of day on planet earth. As we re-visited the Constellations Garden, Manchester legend Mr Scruff was there, everyone was smiling and welcomed us into the fold. We thought this would be our sabbatical – we thought wrong. Any idea of sitting down with a cocktail went straight out of the window as the familiar feeling of the Southport Weekender community overcame our desire to rest and ignited our passion to dance. 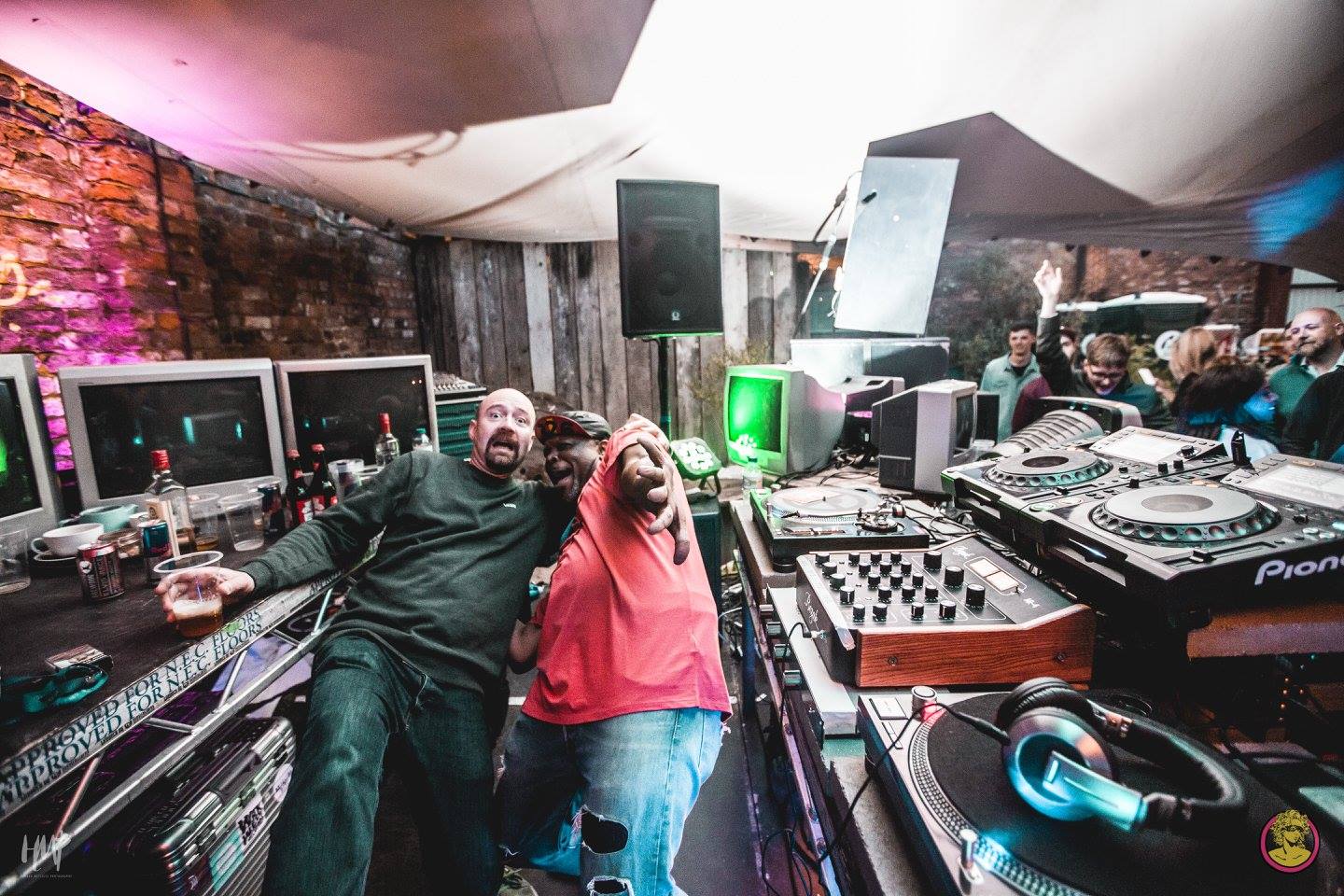 It was going off all over the place like a disco firework display. There came a time where we had no idea in which direction to head, as every option was of top quality. Like little Disco Meerkats, we listened out for a track that grabbed our attention as we admired Richard Wilson’s stunning artwork in the street outside. The lure of David Morales was too strong to resist.

Scurrying in to the burrow of Glitterbox once again, we have to admit that we zoned out of real life for quite some time here as we drowned in ticker tape, twirled in tutus and gushed at the phenomenal Glitterbox performance courtesy of Hot Heels. Debauchery had landed. It had no intention of leaving either. From here on in, we’d decided we would be up all night. Not verbally, but by some sort of spiritual connection. David Morales turned out one epic track after the other, including the new release of Lola’s Theme by The ShapeShifters , with Donna Summer’s I Feel Love and Sweet Dreams by The Eurythmics staying in the mind. The room was pulsating.

Night fell and we had to get our teeth into Nicky Siano’s set. Having witnessed him play in Manchester a mere 6 days earlier, we had to catch up with our ultimate idol again to see if he could take things up another notch this weekend. That indeed he did. Tantilising us with his skills and an analogue Bozak mixer, he played some awesome tracks such including Chic’s ‘Everybody Dance’ and ‘Any Love’ by Rufus.

Gutted that we couldn’t clone ourselves in order to see Tony Humphies, Jazzy Jeff and Ultra Nate, we comforted ourselves with the fact that we could get our fill of Danny Krivit at the after parties. They are however, another story. A time when all the sensibles went home to bed, and only the creative, adventurous, hedonistic partygoers remained. It was light again when we wondered home.

Not only did Liverpool Disco Festival do Southport Weekender justice, it actually brought that feeling of being there back to life. Couple that with feeling like you were in Ibiza back in the heyday. Then add some Studio 54. Sprinkle in a dash of The Gallery and David Mancuso’s Loft parties in equal measure. Put a drag queen holding a glitter ball on top, and there you have it.

Thank you Liverpool Disco Festival for allowing us to create some magnificent memories and letting us live some of our wildest dreams. We will be back! 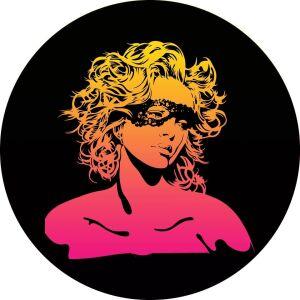