LeeFest Presents: The Neverland was quite simply a brilliant festival in the heart of the Kent countryside. A chilled out fun three days without too much walking and a lot of fantastic live music, DJ sets and assorted fun. Camping was close to the main area which was a huge plus and the common sense layout of the whole festival won points all round!

The wide and varied mix of music makes this festival so appealing and a joy to experience. Over the three days of the festival people of all ages, families with children immersed themselves in The Neverland themed fun! Most people dressed up in their chosen tribe of Lost Boys, Pirates or Mermaids/Mermen. LeeFest was liberating with its fun and non judgemental vibe with everybody having a good time with each other regardless of whether they knew them or not. 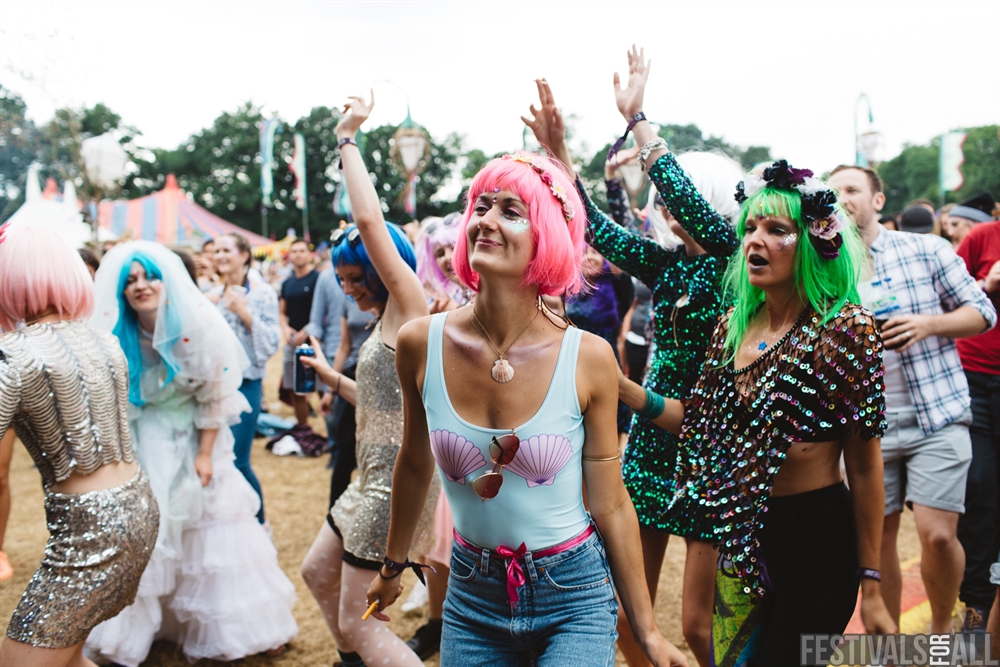 LeeFest Presents: The Neverland was staged across three small fields very close together with hidden wooded trails to the Wendy House and the Camp Fire. The Neverwood was home to the main catering and drinking areas with The Main Stage and Tootles Circus Tent for housing other bands. Ricks of hay created the perfect, almost Village Fete like surrounding giving seating and height for those wishing to get a better view of the performances. The Pirates Lagoon provided a tent for more punk and heavy rock sets with the Goldmine based deep into the bottom of the wooded area for dancing into the early hours of the morning. The Mermaid’s Lagoon with sandpit and bubble machine surrounded by more ricks of hay again provided a dance area for DJ sets and late night revelling, as well as a glorious paint fight on the Saturday in the summer sunshine. Each area had a bar and toilets which again prevented any unnecessary epic trekking about! 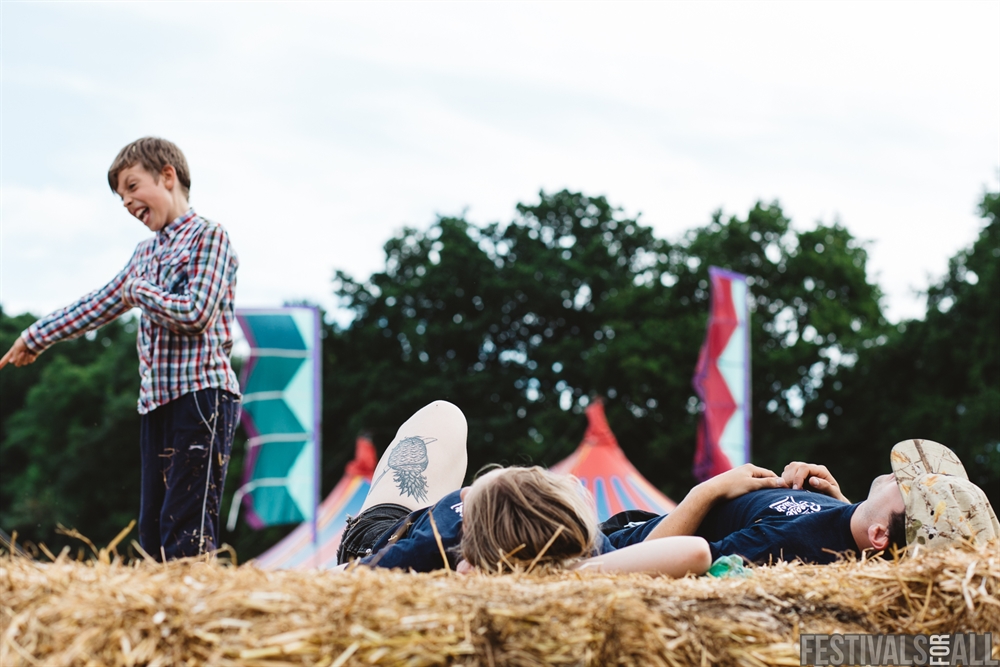 After setting up camp on Thursday afternoon and putting a decent dent in a box of wine in the sunshine we set out for food and a thorough scout out of The Neverland. All three tribes were out in force in Neverland by now. A number of Lost Boys and Pirates were found at the Pirates Lagoon Debating Club complete with balloon ballot on whether Growing Up / Growing Old is over rated!

By 6pm Tinkerbell’s Taphouse was calling with more alcohol and the brilliant “Sounds Familiar Music Quiz”. We accidently ended up doing all eight rounds because the music was just too fantastic and the quiz was too much fun – and we had already won two rounds! The Quiz ended in a dance off which had everybody in the tent up and demonstrating nearly 40 years of dance moves in order to win the inflatable trophy! It was the perfect way to start the festival before heading over to Tootles Circus to see Everything Everything and Ghostpoet. 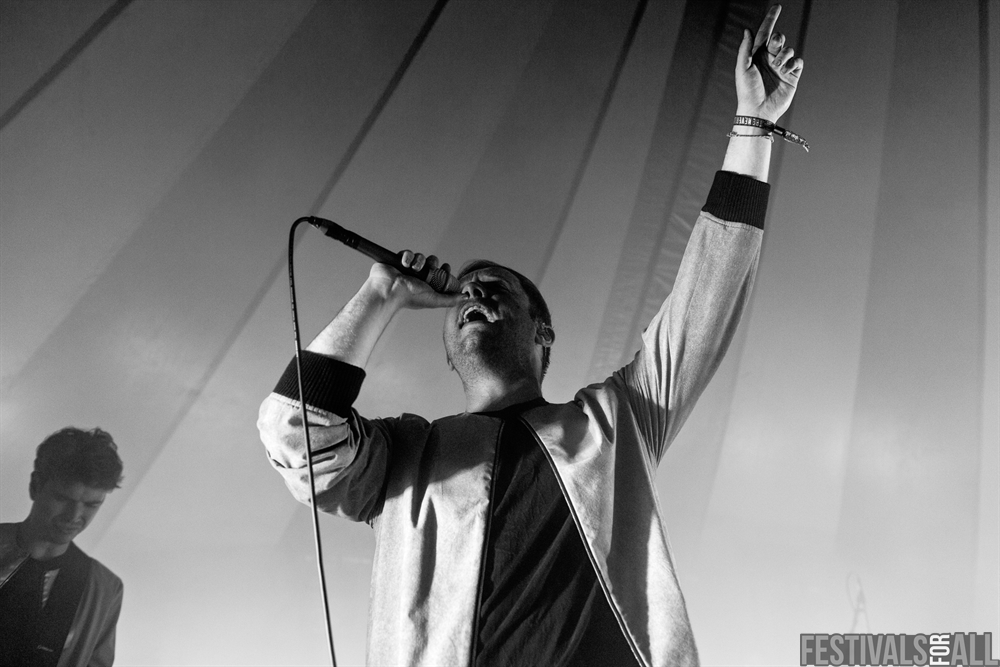 Everything Everything played an exhilarating set followed by Ghostpoet’s deep vibe and lyrical almost Faithless like sound. Then we head over to the Mermaid’s Lagoon for DJ Luck and MC Neat’s absolutely banging set packed with dancing, bubbles and everybody loving the late 1990s/early Noughties tunes! 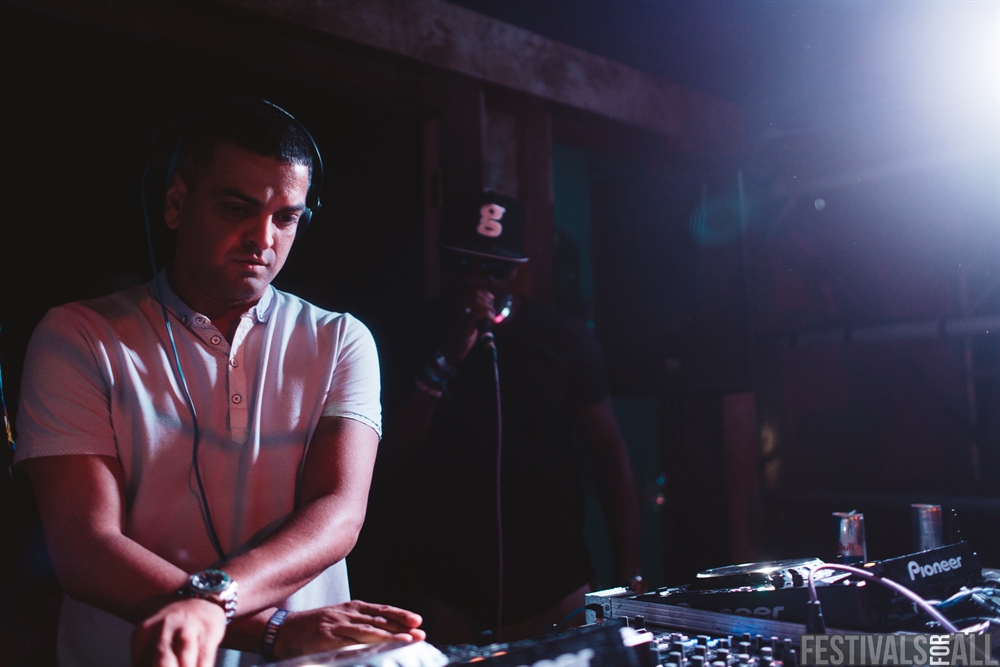 Friday morning took me on an adventure to find the Wendy House in the woods to see Stealing Signs. These four Essex boys oozed confidence, personality and talent giving a fabulous performance. Heading back to the Neverwood for lunch, Swing Classes were in “full swing” at Tootles Circus with more festival goers arriving and joining in the fun. 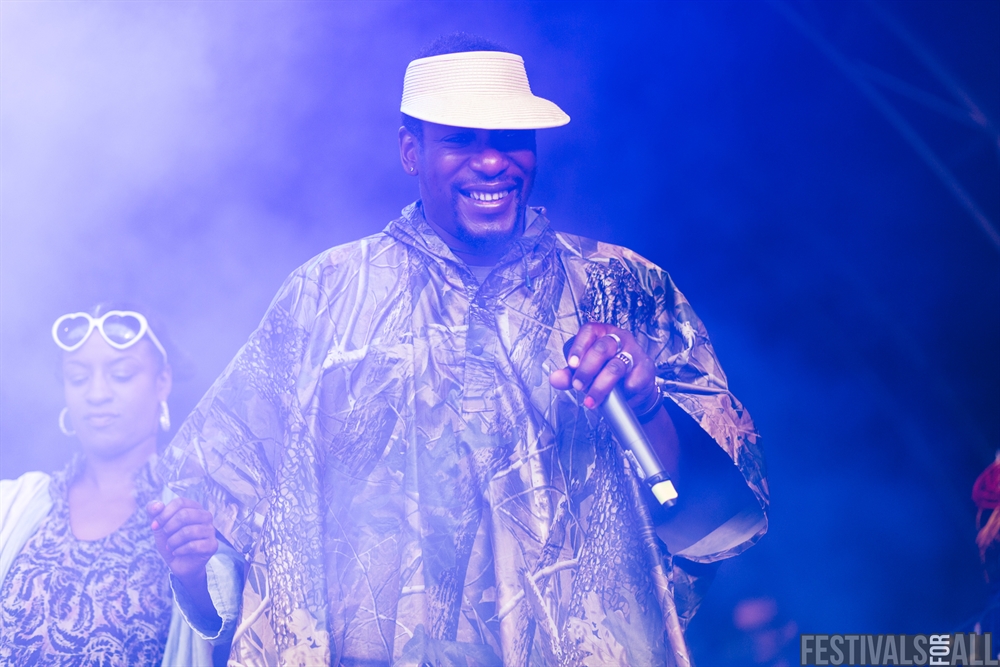 Roots Manuva and Circa Waves delivered great sets on Main Bangarang Stage, ensuring we all kept warm on this chilly July night. A welcome pit stop by the campfire was required before heading back to the tent! My only minor moan being the unseasonable chilly temperatures for July and the lack of a crumpet van or a vegan all day breakfast. 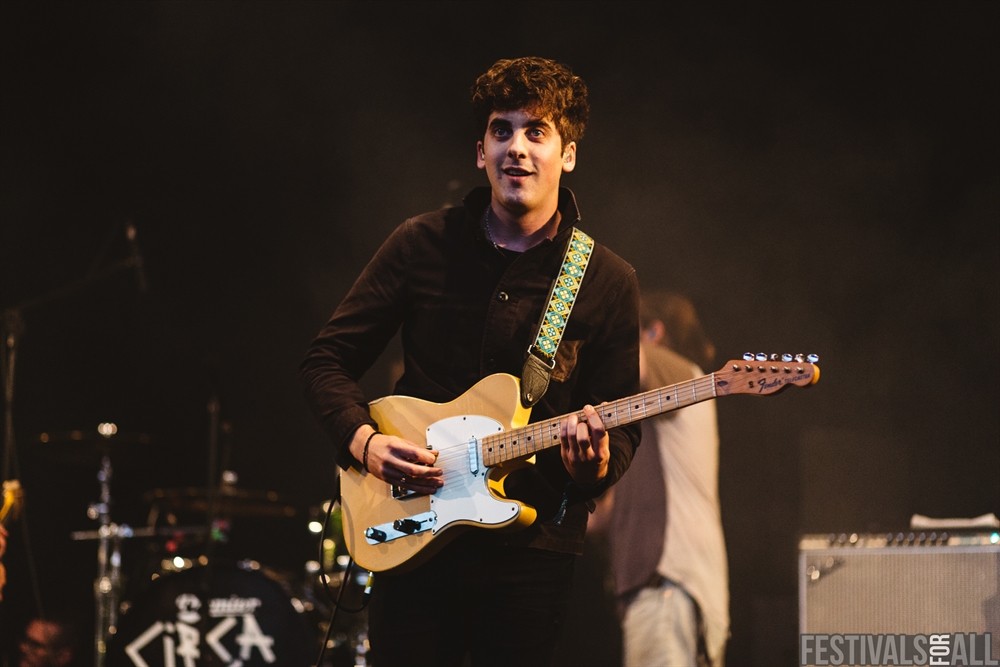 Saturday down at the Pirates Lagoon to see Joy Rides performing at Hooks Rock – a tent housing punk, metal, rock and alternative sounds. Joy Rides eclectic artistic shock rock sound was theatrical and captivating. Not one person left their set early. The band consisting of trumpet, violin, drums, keyboard, guitar and bass had an almost jazz funk punk sound with what sounded like an improvisational undertone at times. The front man with wild eyes and slick dress sense has charisma and stage presence in such abundance. Walking out into the audience and carrying the vocals without faltering and delivering an almost narrative verse over the top of the music. It is a rare thing to hear a kazoo these days, but here was a song filled with kazoos and audience participation. The almost immersive theatre nature of the final song had the band lead the audience outside of the tent all blowing their kazoos and clearly loving every minute of the Joy Ride they had been given. Look out for Joy Rides and their front man – I am glad I did not miss their set and I will be keeping a close eye on their journey the next year – these guys deserve to be seen by a wider audience. 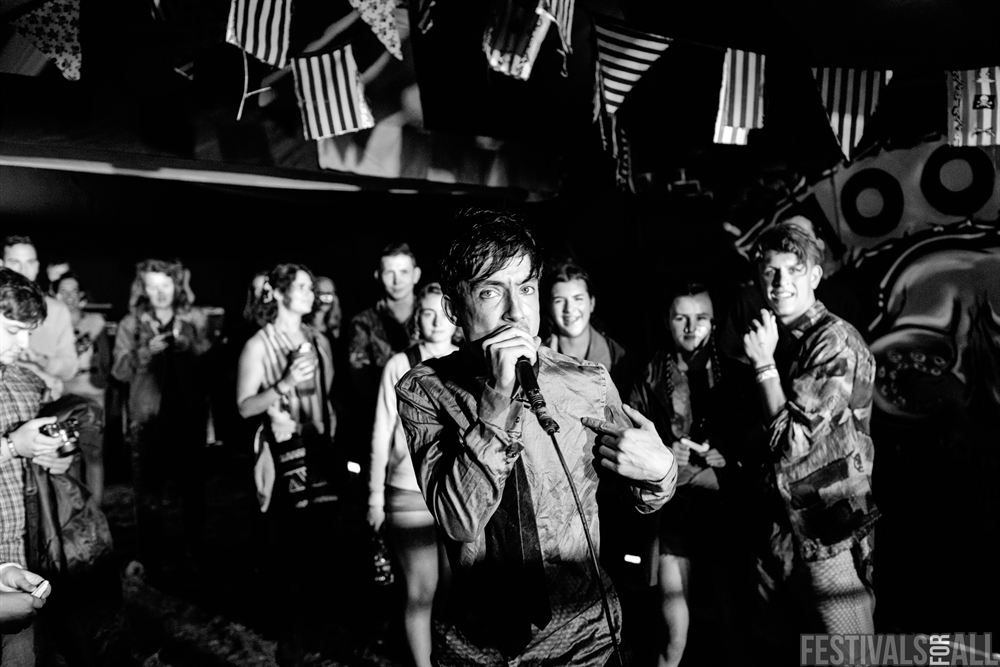 After the brilliant Joy Rides it was back to the main stage Bangarang to see Nimmo. The band delivered an absolutely flawless set delivered to a very happy crowd of festival goers loving the dance beats and strong vocals. The stunning harmonies and meaningful lyrics made this music you could dance to, and really engage with, their set uplifted the crowd into a happy dancing high frenzy

Back at the Mermaid’s Lagoon a drag act was in full swing with one act dragged up as Brit Ekland in a wonderfully humorous take on the Wicker Man. Edward Woodward’s ghostly sinister tones prologued the act before the final voice over played out of Edward Woodward’s character in the Wicker Man pre burning was the cue for the drag artist to launch into Disco Inferno. This was incredibly funny and a clever piece of work even though most of the younger members of the audience would have missed the joke.

We Are Scientists played a great crowd pleasing set with these good looking young New Yorkers playing their hits and front man Keith Murray, walking into the happy crowd and singing with his fans. 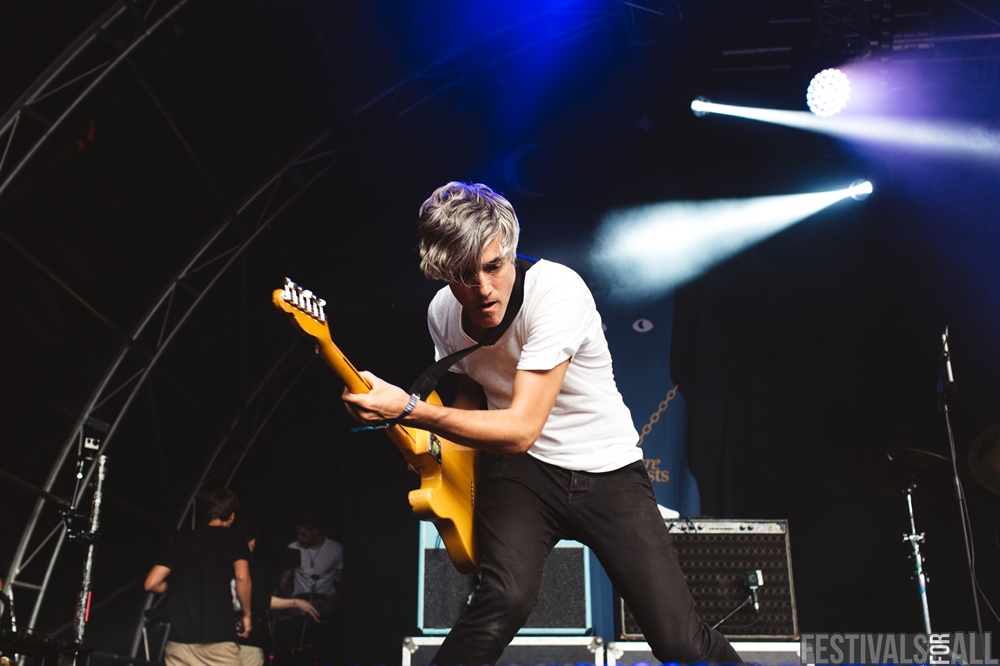 Back at the Pirates Lagoon, Frank Carter & The Rattlesnakes were performing a high octane of set of angry punk tunes to a packed out Hooks Rock, and left everyone baying for more.

Lianne Le Havas, the half Greek half Jamaican beauty from South West London gave a flawless set. Le Havas only 26 gave a stunning rendition of Aretha Franklin’s Say A Little Prayer encouraging audience participation which was a real treat. Dressed in a stunning fitted black and white dress and highly desirable gold shoes, Lianne Le Havas was the epitome of class and style. Her writing is intelligent and her melodies refreshing and new. Each song different to the last with different beats and emotions written into the music. 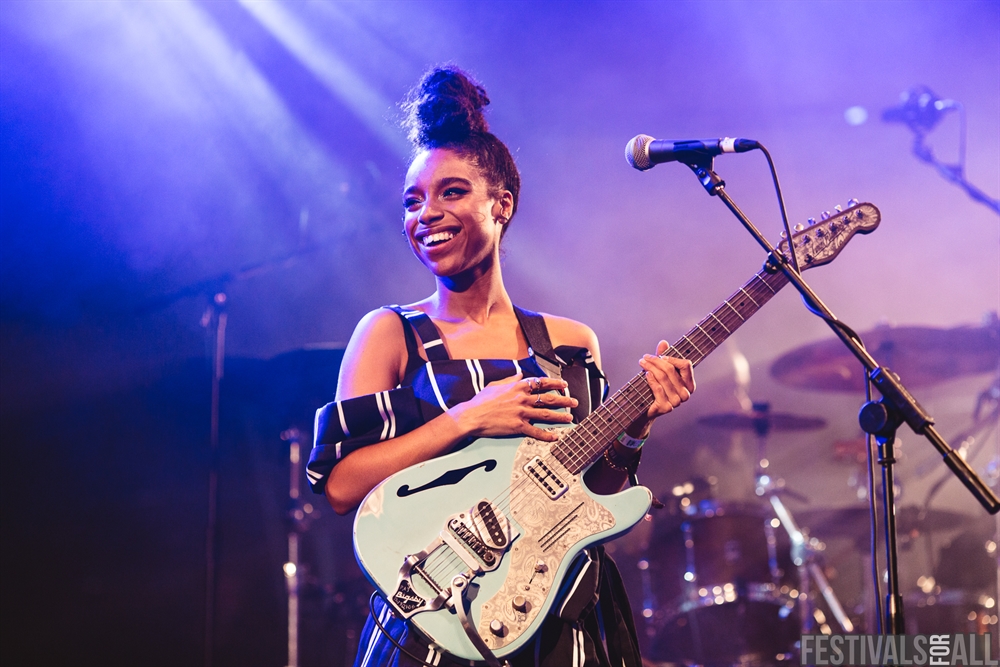 LeeFest got it so right this year. A perfect variety of music for all tastes, with excellent production, with an unpretentious village fete atmosphere by day and a true music festival vibe by night. Security and safety were never an issue which meant you felt safe at all times. The Tribal theme brought everybody together in a fun and non judgemental environment.

I cannot recommend LeeFest enough. LeeFest does its best to ensure everybody is catered for be it music, food (minus the crumpets and the vegan breakfast) toilets, showers, short walks and entertainment. It aims to entertain and provide everybody with a happy place to escape to where you can lose yourself, find your playful inner child, forget phone signal and forget the world outside and this is exactly what it achieves in bucket loads!

LeeFest is happiness personified and I will definitely be back next year for more!

Reviewed and Photos by- Tracy Morter 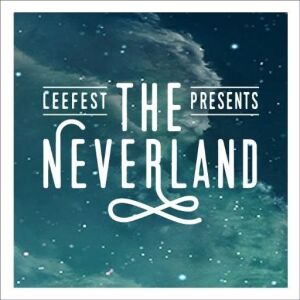 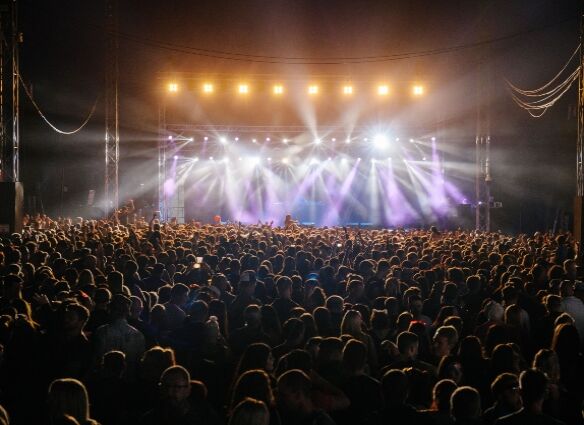