We woke to watery sunshine, and walked through the quagmire to enter the Arena having stopped off for a wonderful cup of tea at Mr Scruffs.

Having experienced two days of music we made a decision to check out some of the other attractions of Latitude, first up it was a preview of the forthcoming  Sadlers Wells Presents Zoo Nation - Some Like It Hip Hop, which is a is a comical tale of love and  mistaken identity.  Despite the light rain the dancing was of the highest quality and the audience were lined up either side of the water and across the bridge, highlighting the popularity of contemporary dance.

As black clouds rolled in the undercover arenas become very popular and there was a huge crowd waiting to see Dylan Moran, there were as many people outside the comedy tent as inside.   Dylan Moran put together a fine set of observational comedy, some English bashing and had a pop at Michael McIntyre along they way.  The only problem was that it wasn’t load enough and it was often difficult to hear him above The Waterboys on The Obilisk Stage.

Any preconceptions I may have had about poetry were dashed in seconds of entering the Poetry tent, it was energetic and relevant and very refreshing.

Over on the Word Stage OMD who were one of the better bands of the eighties new romantic/electro period perform a set containing all their hits including Electricity, Maid of Orleans and Enlola Gay much to everyone’s delight.

Eels provided the finale on the Obilisk Stage, which seemed apt, the huge variety of styles in his set list sums up the whole ethos of Latitude, where there the only constraint on performers is that they have to be good at what they do.

Latitude is truly a jewel in this countries festival crown, and the news that Festival Republic have signed a 15 year contract with the site can only be a good thing, yes there were problems caused by the weather, but in the scheme of things its small beer, thank you Latitude for a great weekend. 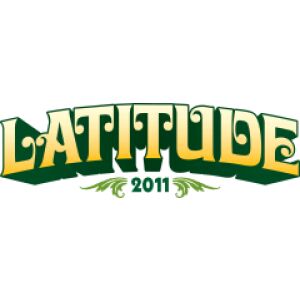