Larmer Tree is an absolutely excellent music & arts festival and, in the round, we would rate it as one of the very best we have had the pleasure to attend. As experienced reviewers we found Larmer Tree frankly faultless. There was simply nothing not to like. Here’s why…. 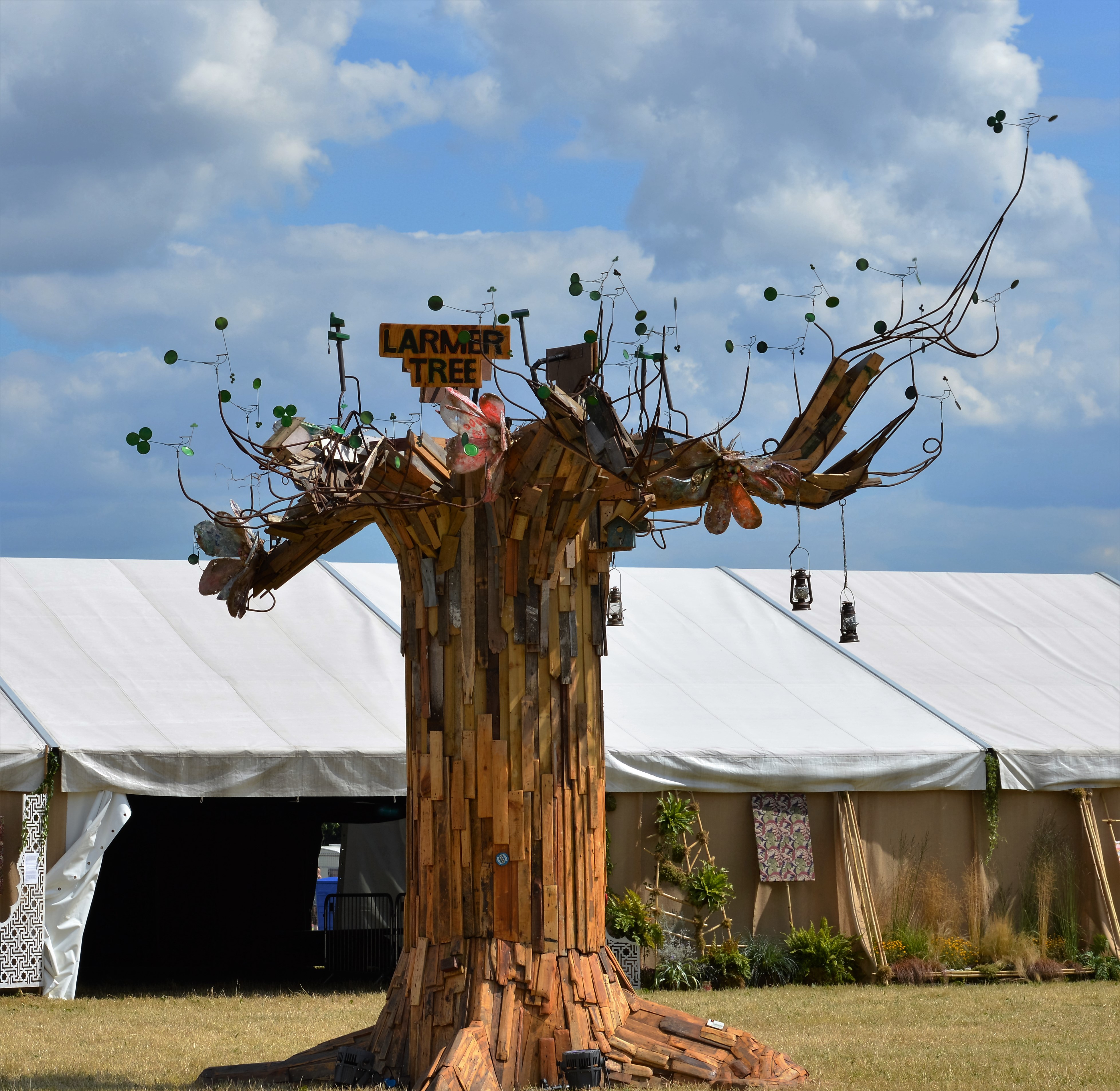 Back in 2012 when FFA first reviewed Larmer Tree, we thought it a great festival, but perhaps just a little bit too much Country Show-come-festival for our personal taste. Something happened in those intervening four years, at least in the eyes of this reviewer. The audience seems more diverse, the music even more eclectic, the entertainment & arts even more imaginative and wildly creative. The 2016 crowd were, as always, an excellent bunch, seemingly up for every act and loving every minute. Oh… and the weather was absolutely glorious. Over the 25+ years of its illustrious existence, Larmer Tree has managed the rare trick of constant evolution - building on its strong roots and ethos to become something very special indeed. They continue to make a great festival even better.

Let’s tick a few boxes up front; the location is fantastic – it’s set in the Victorian Larmer Tree Gardens, a year round tourist attraction in its own right. Peacocks strut the lawns, there are beautiful water gardens - it's idyllic. Overlay that beautiful location with the festivals creativity and imaginative site design and you end up with a veritable wonderland. The facilities are faultless – it’s a five night bash – so they needed to be. Larmer provides a dedicated and comprehensive kids environment and there genuinely is something on offer for every taste. The quality of everything related to the festival is top drawer and we thought it represented good value for money for the perfection and variety of music & arts on show here. £230 buys you FIVE nights of pure class with shorter night stays and day tickets options also available. Remember that Larmer offers acts of the calibre of Jamie Cullum and Jack Savoretti on the Wednesday night – so no fillers anywhere here. The quality of the musical offerings was excellent – and the non-music entertainment outstanding. Remember too that stuff kicks off early morning and the arena closes at 4am with live music through until 1:30am and with cracking club scenes until dawn. Fancy late night comedy? The main acts hit the stage at midnight. There is nothing early-to-bed or conservative about Larmer Tree.

Larmer Tree is not a big festival, it churns around 4,000 a day, but the sheer creativity of this event puts many of the big boys to shame. Just as a teeny-tiny instance to illustrate the point – one night, during one of the main stage sets, acrobats in fluorescent suits quietly began abseiling in and between the huge trees surrounding the arena, no announcement – no fuss, they were just there to enjoy as part of the backdrop to the festival vibe. Marvellously bizarre. 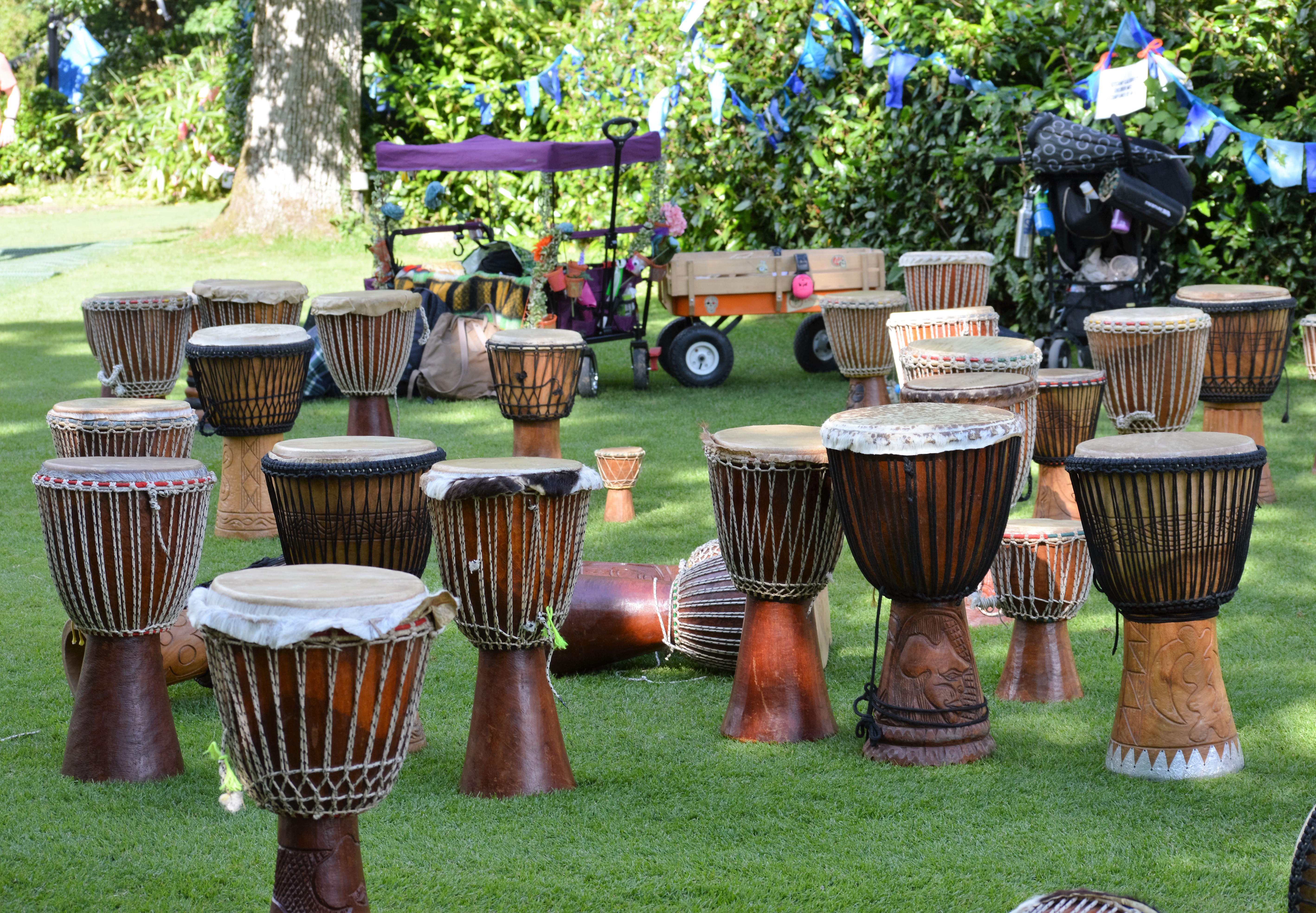 Indeed one of the biggest complements we can pay this event is that the ‘Arts’ element of Larmer Tree is so strong that’s it’s possible to completely fill your days (and nights) without seeing a band at all!  This is a genuinely multi-faceted / multi-media bash. The comedy thread provides virtually a festival in itself, and the spoken word element is outstanding. Throw in everything else from early morning birdwatching tours with the Afro Celts and pop-up entertainment theatre from the likes of the excellent The Lift and the experiences Larmer Tree provides can be overwhelming – we found it impossible to take everything in and avoid clashes. For an event this size that’s a compliment indeed.

In Estate Agent parlance Larmer Tree would be defined as ‘deceptively spacious’ – they somehow manage to cram in nine discrete entertainment zones plus a feast of spontaneous happenings around the site – which, incidentally looked absolutely marvellous with site art aplenty; the atmospheric Lost Woods with its hidden stages, light shows, installations, and artworks taking the absolute biscuit.

In a five night stint it would be impossible to illustrate fully the diversity, quality, scale and charm of Larmer Tree but here are a few FFA highlights. We experienced lots, we missed even more. It was all rather a blur. If you were lucky enough to be there you will carry your own recollections – this is ours….

Wednesday was arrival day but we caught Jamie Cullum’s closing set. A great atmosphere from a bouncing crowd gave an indication of what the rest of the festival had in store. Cullum was excellent with a nice line in self-effacing banter. 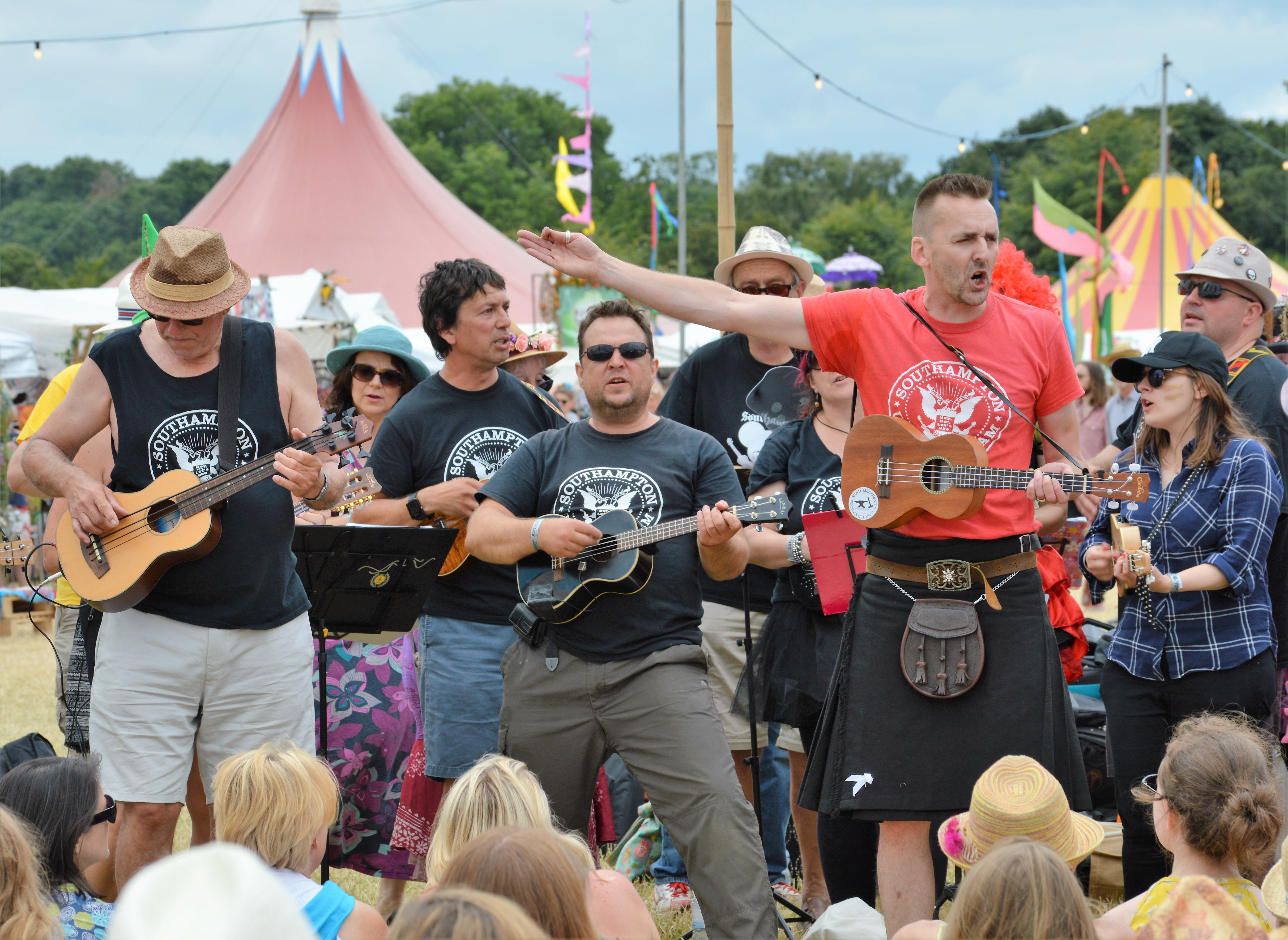 Thursday was a cracking day with Easy Star All-Stars hitting the spot with some great Dub Side Of The Moon extracts. Caro Emerald closed the main stage with a fine set of relaxed jazz infused pop. Over in The Social Pronghorn let rip with a great early hours stomp; mob handed and boisterous (rather like the crowd) – the guys delivered music for the moment. Splendid atmosphere. But event of the day and maybe the weekend goes to The Boy with Tape on His Face. This was a blisteringly funny comedy show with not a word spoken! (the guy, well, err, had tape on his face). Totally visual comedy is an incredibly difficult comedic art to perfect and it was delivered in style. No wonder the standing ovation ran and ran. We won’t spoil the show by divulging further details… just go and see this guy. Sooo funny.

Incidentally, a big big up for the spoken word events in the woods; we were particularly transfixed with the Late Night Tales For Adults. Storytellers Dominic Kelly and Ben Haggarty were equally magnificent in eloquent and atmospheric renditions of tales of Irish and Greek myth. Probably our only niggle with Larmer Tree would be the noise pollution from the main stage impacting on events in the Woods...but so good was the narrative delivery of these guys that you were quickly lost in the storytellers bubble.

Friday just got even better and FFA were on a roll now. Afro Celt Sound System blew us away with some inspiring world music and The Stranglers got one of the best crowd reactions of the weekend. The Friday night comedy was exceptional with Dr John Cooper Clarke in fine form despite a habit of drifting into an awful American accent... You are more Broughton than Brooklyn JJC so stop it. It’s all opinion but comedy set of the day belonged to Mark Steel. Making astute political points without being offensive (we’re all in this together oh um) the guy strode the stage like a colossus and the trademark structured rants never once missed the mark. Excellent stuff. Holy Moly & The Crackers closed the Social stage with a great show to send FFA off to bed very happy bunnies indeed. 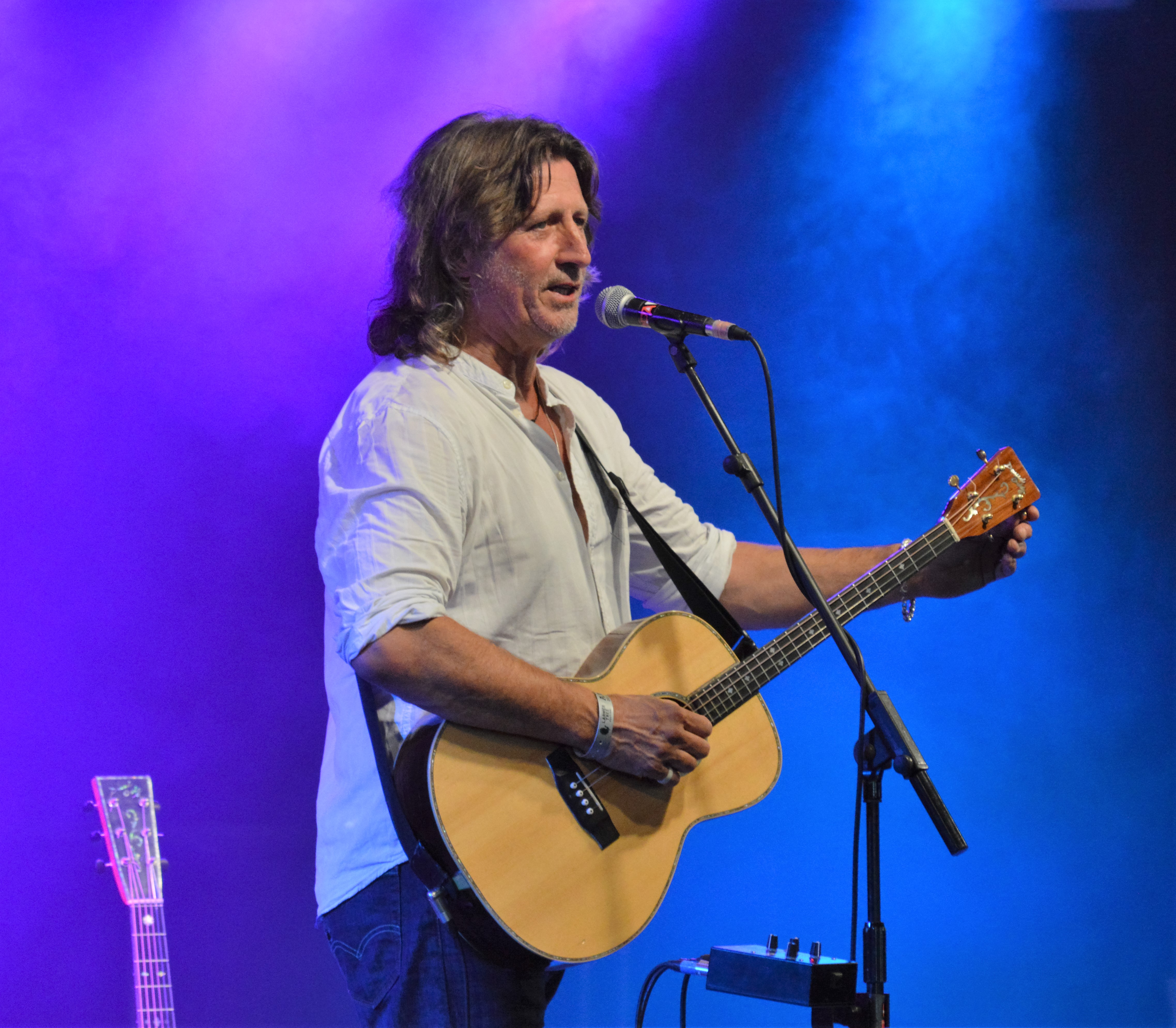 By Saturday FFA were flying. The roving Southampton Ukulele Jam put us in the mood and Steve Knightley was absolutely excellent over in the Arc. Knightley is a consummate professional and effortlessly had the crowd eating from his hand for the duration of the set. The guy’s songs of past injustice and social upheaval resonated heavily in 21st century Britain and his positioning of the migration of Cornish miners to the far flung corners of the world in search of a better life in the haunting song Cousin Jack brought a tear to this gnarled reviewers eyes. Beautiful.

Although FFA only caught the last few numbers, the jazz-folk-world music vibe of Kefaya was absolutely exceptional and certainly vying for musical set of this wholly exceptional music festival. Stunning and further enhanced by some extremely talented guest singers. Truly wonderful.

The late night music scene at Larmer is splendid and Saturday night was perhaps the best of the bunch with Dead Cool Songs (i.e. the songs of dead singers – gettit) and Beating Heart DJ’s over in The Hide/Retreat providing a fantastic beats driven scene. The Frau DJ’s had The Social bouncing whilst John Stapleton laid some cool tunes over in The Chase. No wonder FFA were buzzing ..We had a lie in Sunday.

On Sunday we missed loads of great stuff including Kate Adie – where did the weekend go? Edward II were arguably the highlight of the day for FFA with a set heavy with their excellent Manchester’s Improving Daily project. Great reggae beats overlaying tales of Manchester’s industrial past. Ably accompanied by Jennifer Reid who we followed over to The Social for a great and insightful half hour of Lancashire life expressed through song and verse. Told you Larmer Tree was bloody diverse! 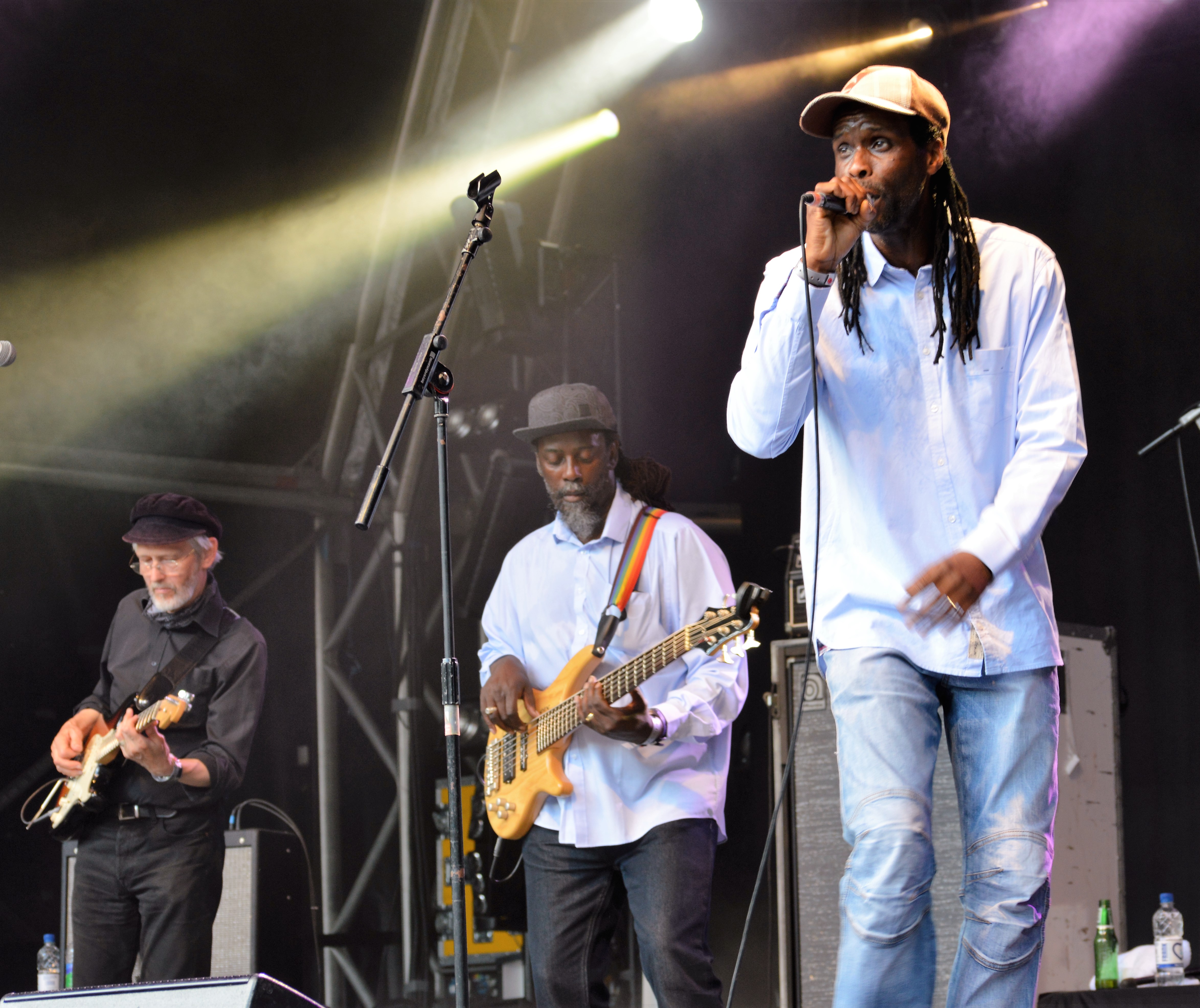 Tom Odell proved what a class act he is over on the main stage. Surrounded by some fine musicians (and a chorus of screaming young ladies!) the guy seamlessly delivered romantic ballads and rocked up soundscapes in a stunning show.

We caught a brilliant comedy set from Phil Nichol which generated another standing ovation before the utterly surreal Sam Simmons. FFA were still trying to rationalise it all days later. It was only fitting to acknowledge festival favourite DJ Derek later over at Count Skylarkin’s tribute set. A great vibe. The man knew his music and will be sadly missed.

If you need any further indicators as to why Larmer Tree is such a great festival listen up. FFA have often bemoaned the fact that at certain festivals who should know better, Sunday evening is the graveyard shift. There is that awful end of festival feel and the site starts closing around you early evening. Not so at Larmer – it rocked on until 4am with a wonderful set from Tantz kicking off past midnight in The Social. This is Klezmer music for the 21st century and their beats driven vibe was an excellent way to close the whole bash.

The highlights could run and run; there were some scenes, events, experiences, and artists which would have blown us away at other events which don’t even merit a mention in our Larmer Tree highlights. We think that speaks volumes.

As we said at the beginning – Larmer Tree was one of this reviewers best festival experiences to date. The quality of the whole shebang overwhelms you from the moment you arrive. A stunning achievement from all involved and truly a jewel in the UK’s festival crown. A wonderful festival by any criteria. 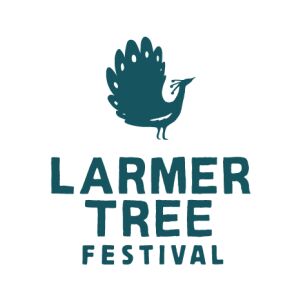