Oh let’s cut to the chase up front – Lakefest continues to develop into one of the best small / medium festivals around. It's not just because the event has grown from humble roots to a fabulously rounded festival experience in just a few brief years, and yet quality and value remain at the forefront. It's not that they consistently punch above their weight in the calibre of entertainment on offer; nor even the beautiful site or the largely faultless facilities. Many festivals can offer that. What sets Lakefest apart is its people. It has real heart. It has a vibe – a feeling of oneness that pervades everything. That little tingle as you enter the site. Every single person at Lakefest helps create all that and everyone is a player – a cog in the wheel. It’s one big collective whole – and it’s lovely. It has remained true to its roots. From the organisers, to staff and volunteers, to the performers and the audience – there is a sense of real community that makes the air crackle. It’s both family friendly and friendly family.

The ‘vibe’ is the elusive Holy Grail at festivals. Some never attain it. This reviewer has rarely witnessed an audience so willing, and without the clichéd ‘audience participation’ prompting, to engage with the performer and each other. There is an instant rapport. It’s a fabulous group of people. The performers feed on it and give it back. You’ll read about the Lakefest Performers Smile in this review. The sense of being a small part of something so good can be overwhelming. Everyone at one – everyone as family. Now that’s why Lakefest has The Vibe.

A great festival is much more than Bands In A Field; the music is important of course but festivals should be multi-media, multi-faceted experiences, and the ‘non-music’ entertainment on offer at Lakefest 2017 was absolutely splendid. Just as a ‘fer instance; there is a full size BMX area in the main arena which featured some breath-taking Pro-BMX displays – they even had a public BMX area to try for yourself. The Solo Circus also entertained throughout the weekend with workshops to stir those latent circus skills, and the new spoken word tent, The Pen and Parchment, proved a great success with everything from artist Q&A’s, to poetry and comedy. The kids were also well tended for across whole the site with the funfair doing brisk trade, and with the popular Little Lakers Creche on hand to give exhausted parents some welcome downtime. 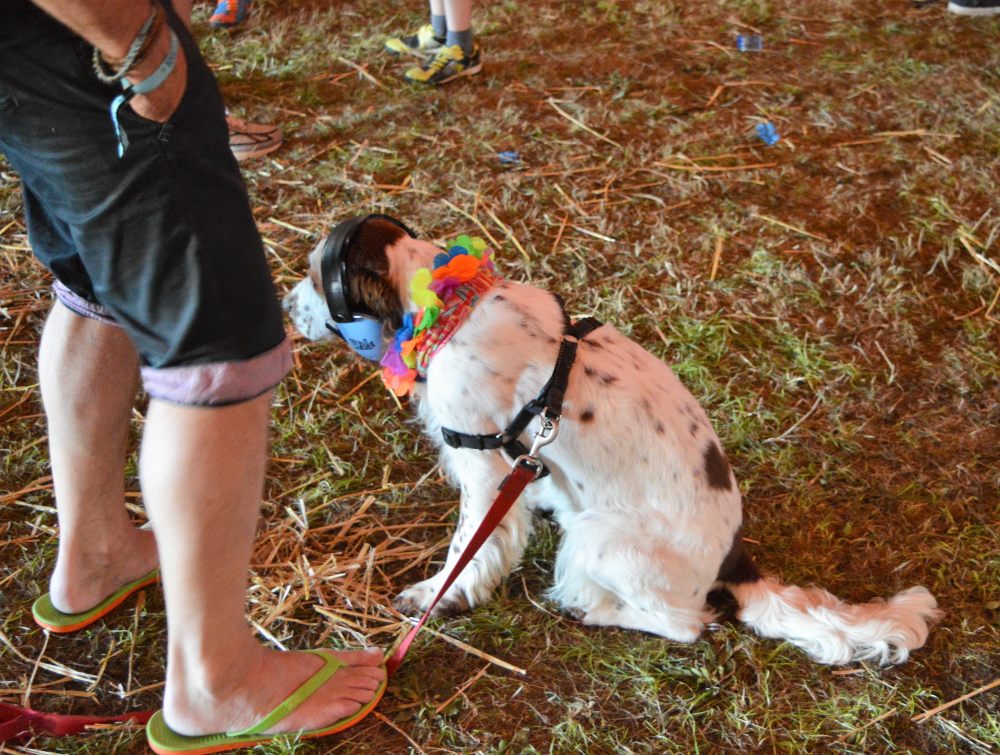 For the big kids did we mention midnight open air movies, or loads of themed bars selling some cracking beers and cocktails, or the dance scene with House beats to die for through ‘til 2am. With half a dozen stage scenes, busker stops, and walkabouts, the site was kicking whatever the time. Overlay all that with some neat site art, clean and plentiful facilities, a beautiful location, friendly staff, muted and thoughtful security, and it’s no wonder that Lakefest continues to thrive.

Incidentally, it’s not many festivals where all the organisers would host an open Q&A session on the final day to capture festival experiences, share plans for the future and generally lay bare their souls. There is a refreshing openness and honesty about Lakefest and its ethos which does rather set it apart from the rest. You just know they will take all the positives and the few hiccups and lessons learned on-board and then come again bigger and better. It’s how they work. 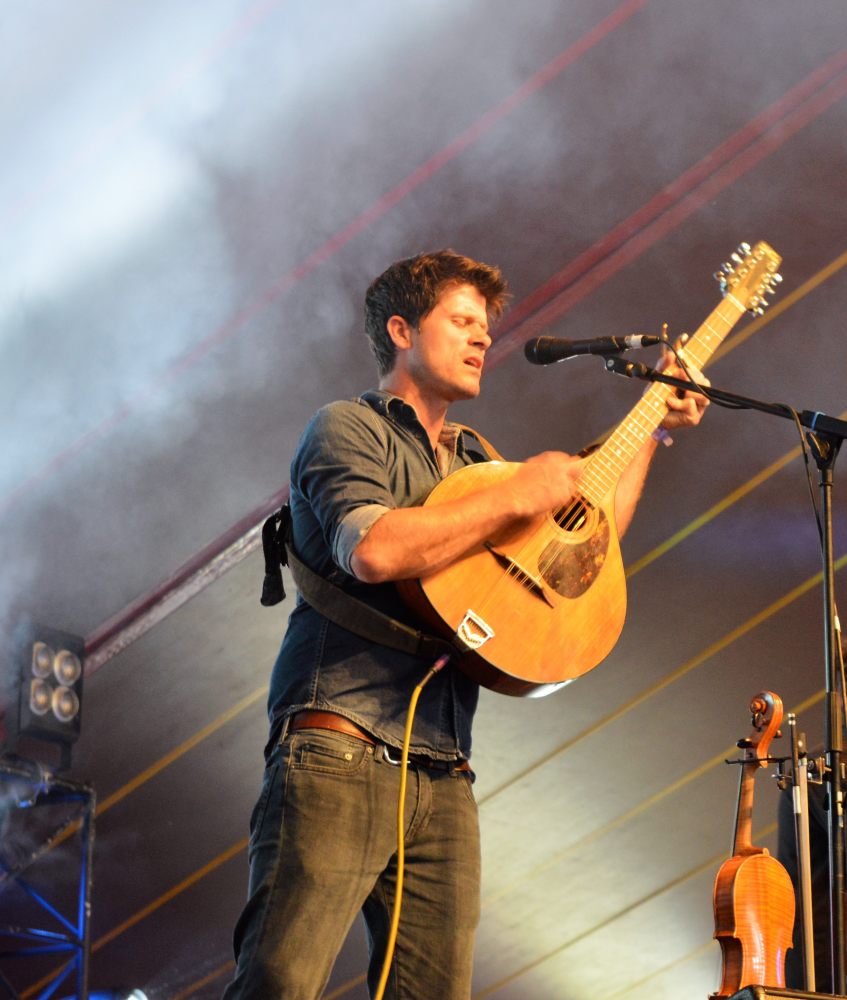 FFA had a wonderful time. If you were there then you don’t need FFA to tell you that you witnessed great artists across all the event areas. If you weren’t, then you really should go next year… but the biggest complement this reviewer can pay Lakefest is that the entertainment across the site was universally excellent and, here’s the rub; there is a trust thing developing now with the organisers where you just know that they’ll do The Right Thing year on year. It is praise indeed to say that you could confidently book a future Lakefest, without knowing any of the planned line-up or scenes, and still be guaranteed a display of talent and a weekend experience that you will absolutely adore. That’s how far this event has come in its few short years.

With all the different stages and scenes, and the number of artists and the quality of everyone we saw away from the main stages, it’s difficult to name check every one – for that would simply be a list! FFA flitted around the site briefly savouring the nectar from each. Floating Globe and Crew Salam excelled with around a hundred different performers. For the record, here’s a whistle stop tour of some of the malarkey around the stages that particularly rocked FFA’s boat…

Set up Thursday laid down the marker with some splendidly raucous punk flavoured rock from [SPUNGE] to set the tone for the merriment to follow throughout the weekend. 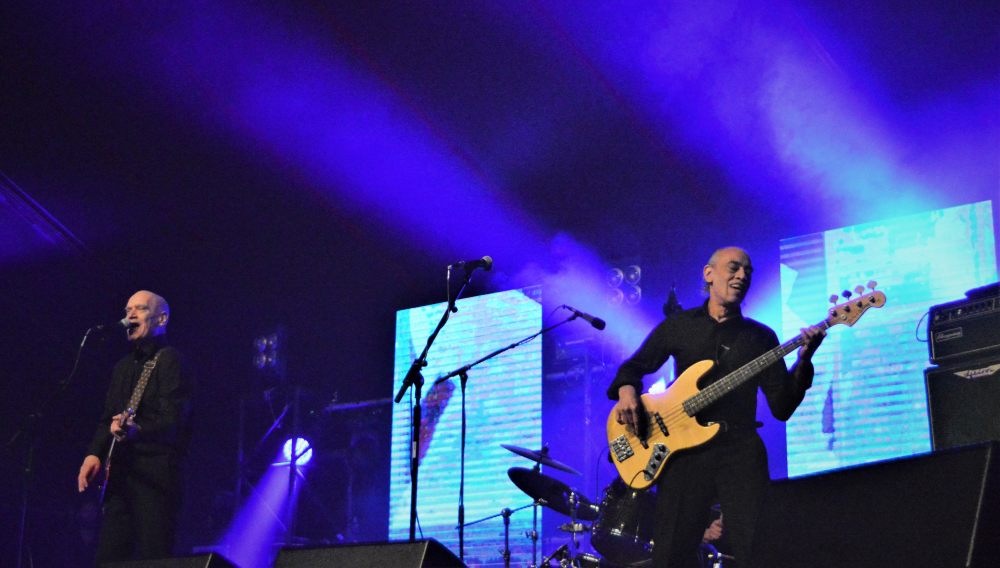 Friday we caught some great young talent in Colouring who enthralled the sunny afternoon crowd, before the fabulous bodhrán driven folk-rock of Kila upped the ante further with a stonking performance to get the place bouncing. Blimey – Wilko Johnson! An excellent set of goodtime R&B to warm the cockles, and in Norman Watt-Roy, a bassist of such emotive, expressive presence to set the pulse racing; they form a potent combo. Watt-Roy is surely one of the best bassists of any generation.

Headliners Feeder were absolutely superb. A massive set to a great singalong crowd. The band caught the Lakefest vibe and were grinning ear-to-ear. ‘Buck Rogers’ provided moment of the festival when thousands of people in the crowd launched themselves skywards simultaneously at a single musical moment; you know the bit when they sing ‘It’s got a CD player, player, player!” - even babies and dogs were airborne as the tent went crazy. Fabulous stuff. Mainstay DJ Mark Winter and some wild scenes in After Hours (plus a few Cocktails) saw us through until beddy-bye’s with some fine beats. 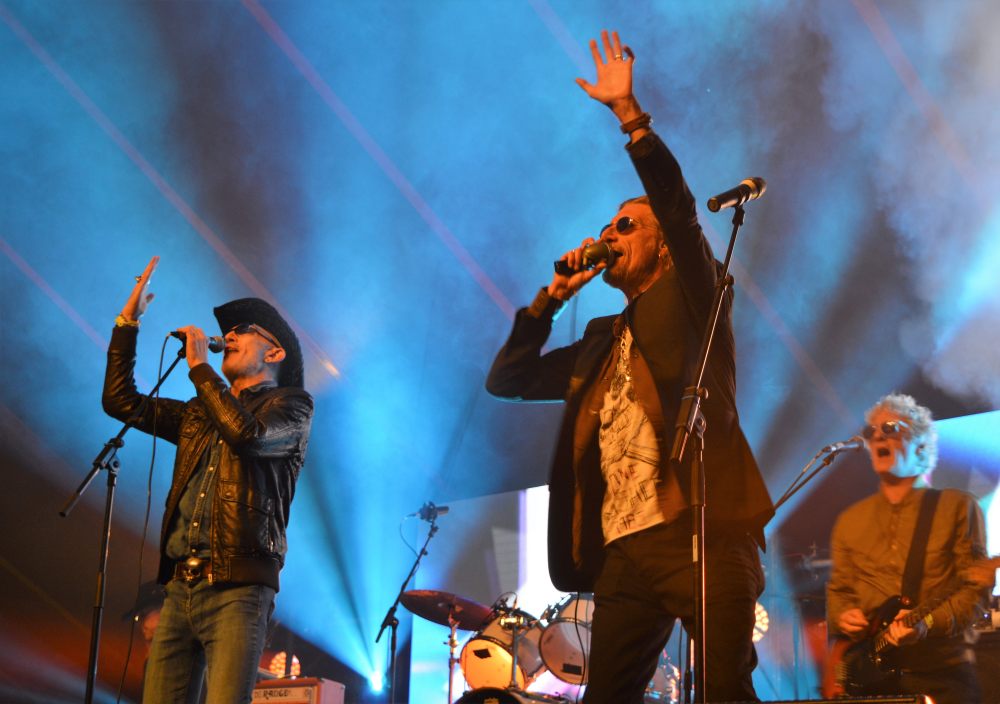 Saturday, the consistently excellent BBC Introducing stage witnessed a particularly fine young band Sweet Talk, playing some splendid jazz tinged blues that bellied their years. Mature, accomplished soundscapes, that, in parts, absolutely excelled; it surely marks these kids’ careers as one’s to follow. Go check ‘em out. Erica, a good looking, great sounding, commercial pop-rock outfit had the crowd all of a swoon early doors, before the sleazy acid country rock of Alabama 3 delivered arguably one of the sets of the festival. No matter what state these guys rock up in, you are always guaranteed an amazing show, and this set was no exception. Once the Alabama 3 virgins in the crowd picked up on their unique vibe, the whole tent was bouncing. A splendid Lakefest atmosphere. The Charlatans were the icing on the cake. A wonderful set of old and new. Tim Burgess and the band were having a ball… and again, that Lakefest Performers Smile! This Reviewer has been around the block and has rarely seen so many artists pick up on the buzz of the crowd as at Lakefest. The vibe is infectious. There was genuine enjoyment both sides of the lights. Monster Ceilidh Band are another fabulous band with everything from reels & jigs to dark D&B. The Charlatans may have drawn the crowds, but the Ceilidh’s had more than their share of the music. A great set to get FFA dancing. 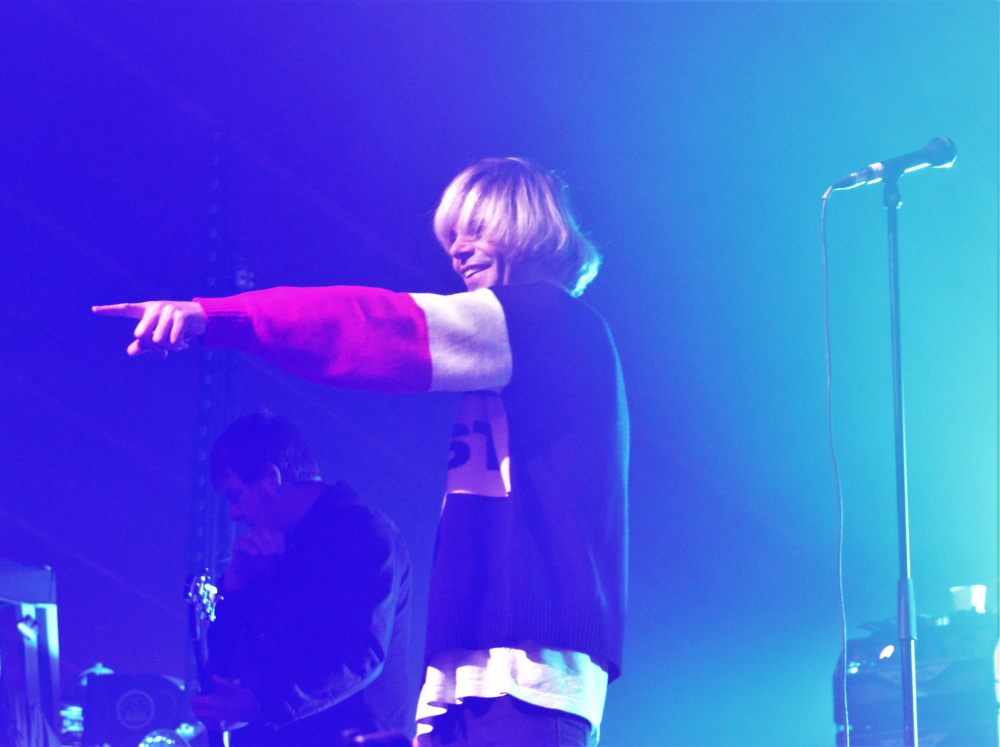 Earlier, Lakefest donated precious Saturday evening main stage time to a fundraiser for Breast Cancer Care featuring the rather fine voice of Geoff Daff and his karaoke shenanigans. A lovely 20 minutes with a great crowd reaction. Not many festivals would organise that, or an audience react like that – but then not many festivals are Lakefest. A proud moment which spoke volumes about the Lakefest community. 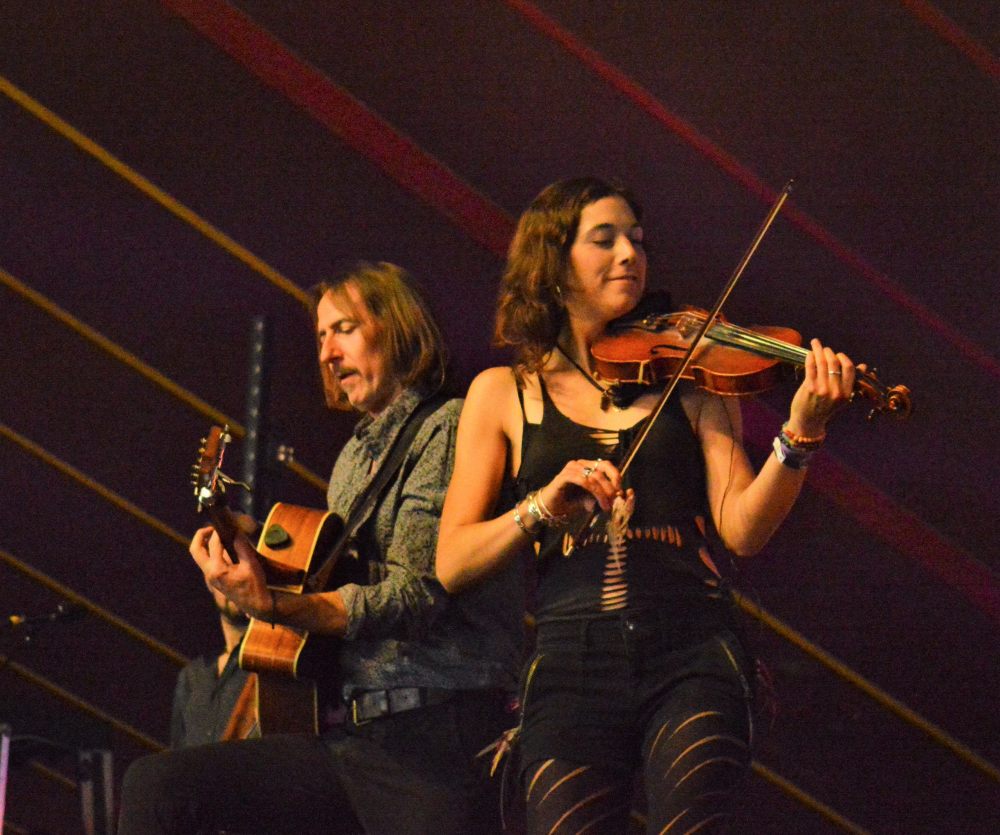 Sunday once again showed the strength in depth of the Lakefest line-up with two of the finest percussionists on the circuit today plying their trade on the Lakefest stages. The consistently excellent Roving Crows stomped their way through a great set to a dancing crowd with some damned fine percussion from Tim (Smiley Man) Downes-Hall. A wonderful musician in a cracking band. Harpers Ferry US country wowed us, before a stunning set from Seth Lakeman. The crowd again were in spontaneous audience participation mode and Lakeman thrived on it. You could feel the warmth… and yep, you guessed it – that Lakefest Performers Smile was being passed around again! Cormac (Beat Box) Byrnes absolutely excelled on percussion. Two wonderful drummers in one day – you were blessed Lakefest. Imelda May … what can I say. The lady had largely passed me by but blew this reviewer away during her headline set. Impossible to pigeon hole, May and her fine, fine band delivered a brilliant star quality performance that seamlessly morphed from one musical genre to the next with breath-taking ease. The dark rock of ‘The Longing’ and the crowd mayhem to, er, ‘Mayhem’, were simply superb… and did you notice – she couldn’t stop smiling either! A fabulous crowd reaction + a responsive artist = gig heaven. May took time out to reflect on world events as a lead in to the emotive ‘Love and Fear’ … just a glance around this crowd and the choice was LOVE. The response of the Lakefest community to her words was all rather moving. What a family eh? 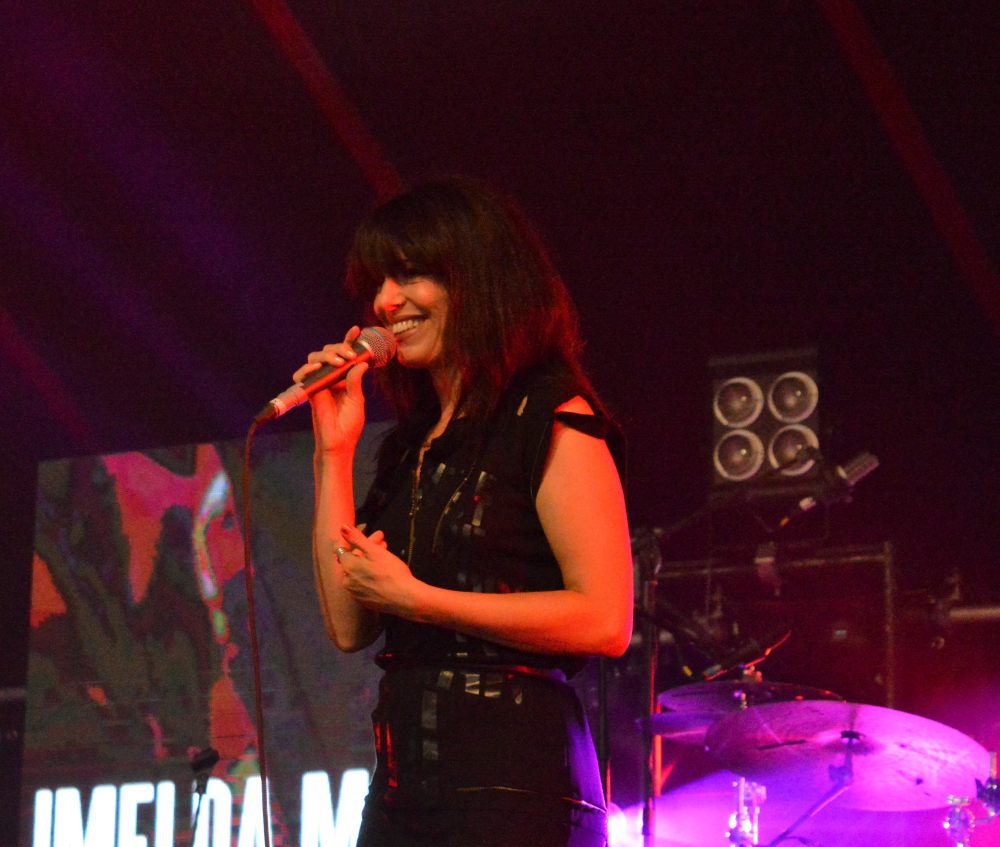 So to the famous Lakefest Silent Disco. It’s now being spoken of across the UK festival scene in reverential terms! It’s the signature end to the festival and is a truly wondrous thing. All the joy and community of the collective Lakefest experience condensed into a few short hours; a fabulous vibe, no wonder it was oversubscribed. ‘Hey Jude’, as ever, raised the roof, and paid homage to the Lakefest values of Love, Community, and Family. A very special end to a very special festival which will grow even better… and you know why? At the end of it all this reviewer took off his cans and looked around at the sea of smiling faces – this wasn’t just another festival crowd of the nameless – this was FAMILY. 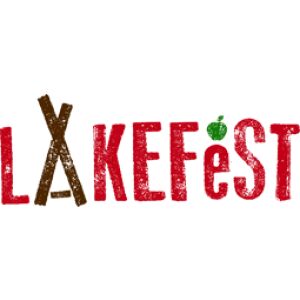