The Hop Farm Festival is now in its fourth year and prides itself on having no sponsorship, but more importantly it had decent weather which made all the difference after so many soggy weekends this year.

Death Cab For Cutie opened with the track Open Doors And Windows from their latest album ‘Keys and Locks’. The dedicated crowd of fans had obviously already taken a liking to the new album singing along with gusto. The rest of the set was a well-executed selection of fan favorites from a range of albums.

This was truly a set for the die-hard Eagles fan, opening with Hotel California the whole crowd erupted into song showing their love for the experience rockers. One thing is for sure, some 40 years since their beginnings The Eagles, like a fine wine have matured with age.  Joe Walsh proved he can still riff with the big boys and stunned the crowd with his epic solo to Rocky Mountain Way and pleased the faithful followers with an array of his own solo repertoire along with that of Don Henley’s.  The guitar rock legends did not let audience down, who were rocking along to the whole set of country rock ballads and mesmerizing solos to match the breathtaking video backdrops. The Eagles ended the show in classic form with the beautifully sorrowful Desperado which had all involved thoroughly gripped and singing away passionately to their heart’s content.

Damien Dempsey had the hard task of engaging the morning audience as Saturday’s opening main stage act. He had absolutely no problem in achieving this. He drew the crowd into each song with a life affirming philosophy for any man tied into the meaning of the following number. This ballsy folk rocker was very entertaining indeed and a great thing to wake you up in the morning at a festival.

Newton Faulkner was very relaxed and handled the task of single handedly entertaining a huge main stage crowd with ease. He showed great stage presence and handled multiple instruments at once. He was very funny and you couldn’t help but be drawn into the music. He had the crowd in the palm of his hands for his cover of Massive Attack’s Teardrop and his amazing finale of Queen’s Bohemian Rhapsody.

Whilst known to not be the biggest fan of festivals Morrissey seemed to have an air of excitement about him playing a great set of both his own solo material and a great selection of songs by The Smiths including Shoplifters of the World Unite and This Charming Man, Morrissey really was a crowd pleaser and on top form as he blasted through his set.

This acoustic tent headliner Harkus The Tenge sealed the Saturday night off nicely. The band played lively, upbeat ska with a latin feel and had absolutely everybody in the cramped tent dancing with a big smile on their face, a real crowd pleasing late night treat.

The Go! Team were pleasing us all on this slightly overcast afternoon with their foot stomping summery songs. The crowd outside were partying just as hard as those inside and you couldn’t help feeling moving to the infectious happy tunes. The go team had great control over the crowd inside and out the tent, splitting them down the middle and making them jump with little persuasion.

The Noisettes started energetically with great soul and continued to keep us bopping with four to the floor disco crowd pleasers. Shingai Shoniwa has a beautiful voice and the band seemed mature beyond their age with of their chilled out numbers. They brought it back up with some rockier songs and the brooding Atticus.  Never Forget You was a massive crowd pleaser especially when Shoniwa came into the crowd and started an intimate call and response, the audience were still visibly elated after the finale.

Imelda May turned up looking like a rock bumblebee in her brightly coloured black and yellow outfit. She enlivened the afternoon main stage crowd with her rockabilly pop. She saved her biggest singles Mayhem and Johnny Got A Boom Boom for later in the set and the big crowd got very involved in the fun.

These Australian alternative rockers Cloud Control had me nodding my head to their blend of slowly driven rhythmic guitar and drums and moody atmospheric keyboards. It was all delivered very well by the shared male and female lead vocalists.

Larry Graham and Graham Central Station were one of the forefathers of funk and instigators of slap bass in Sly and The family Stone, bassist Larry stunned us with his incredible skills. Equally as stunning was his costume of all white pimp style summer suit and all white bass guitar. Everybody as far as the eye could see were funking along with his mind blowing groovyness. He played a mix of percussive funk soul and almost guitar like solos with his impressively tight band.  The only irritating thing was that Larry’s set was cut short by timetable issues.

All day you could feel the excitement in the crowd for Prince and after a long wait Prince’s band finally turned up on stage randomly hitting their instruments creating more excitement amongst the crowd before Prince himself casually strolled on stage to perform a “quick soundcheck” before blasting into a 20 song set of classics pleasing the audience from start to finish. Bringing Larry Graham on stage for his second encore performing covers including Sly and The Family Stone hit I Want To Take You Higher walking off stage before his third and final encore finishing with Baby I’m A Star leaving the crowd amazed and ending a great weekend. 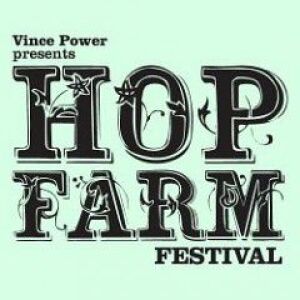