Hard Rock Calling has the unenviable task of competing with Glastonbury, and its wall to wall media coverage which on occasions can be suffocating.

The approach taken by the organisers to attract punters is to have some of the most popular rock bands on the planet a good selection of artists on the undercard, plus on Saturday and Sunday the bandstand of up and coming bands to entertain those enjoying a pint or two in the Serpentine bar.

Friday saw the Kaiser Cheifs prove to everyone that they are one of the best 'Festival Bands' Ricky Wilson has the art of conducting an audience as they delivered a  'best of 'set with a couple of tracks from their new album The Future Is Medieval.  The set list included Everyday I Love You Less and Less, Ruby, I Predict a Riot and the finale of Oh My God.

By the time The Killers hit the stage the crowd were thoroughly wet, but far from miserable even the parents who had to come to look after the kids.  From the first bars of Glamorous Indie Rock & Roll through to the finale of When You Were Young,  Brandon Flowers had the audience eating out of his hands.   Half way through the set there was an interesting rendition of Moon River with associated lighter, mobiles glowing in the otherwise gloomy night sky.  The set was interspersed with pyrotechnics and following All These Things That I've Done tickertape being blown all over the park (Glad I didn't have to clear that up).

Despite being soaked through unable to operate my phone I left, feeling warm inside after a thoroughly enjoyable day.

Thankfully Saturday morning was dry and there was a more relaxed atmosphere as people were not congregated in huddles under trees, the crowd was significantly larger and the bars were doing a roaring trade.  Black Cards set on the main stage had a number of decent covers, Pete Wentz made some interesting observations but seemed occupied with the joy of being able to swear, bit strange for an adult.

Following Black Cards was the Muswell Hill Billy himself Ray Davies fresh from the success of Meltdown.  When watching Ray Davies you always feel that you are in a small theatre irrespective of the size of the crowd and this was no exception, his quintessential Englishness was ideal for his afternoon slot and his rendition of Sunny Afternoon was perfectly timed.  He also knows how to play the audience so prior to playing Celluloid Heroes he mentions that Jon Bon Jovi covered the song with him on See My Friends to great cheers, likewise prior to Waterloo Sunset he complemented Rod Stewart with the follow up line "tickets still available".  The set concluded with You Really Got Me , which went down a storm.

We nipped off to the second stage to catch the end of Imelda May's vintage rockabilly set, the tent was literally dripping from the heat being generated by the audience, it certainly left me wishing for more.

It was then just a case of waiting for the entrance of Bon Jovi, as the band walked on stage there was an enormous cheer, but this was nothing to the screams when Jon Bon Jovi walked on stage, for a moment I thought I was at a Take That gig.  The set lasted for almost three hours and consisted of 27 songs, including You Give Love A Bad Name, Blaze of Glory, Lay Your Hands On Me, Livin On A Prayer, and the pace was relentless from power ballad to rock classic and back again, there was also a place for a cover of Leonard Cohen's Hallelujah.  Their performance was excellent and everyone seemed to leave the main stage in a happy frame of mind.

Opening the curtains on Sunday it was evident that the weather forecasters had got it right, yes it was very hot, so I creamed myself up for the final day of the weekend.

So it was off to the main stage to see Rumer, when Rumer takes to the stage you know you’re going to be horizontal by the end of her set. Her music lets you float 4 feet off the ground, wraps you in a mothers cuddle, this is perfect Sunday music. With the sun beating down on Hyde Park nothing can even get close to the total relaxation being provide….lovely

Sitting in the bar I hear Alcoholic, so we go to find out who is in the tent, its James Walsh former singer of Britpop group Starsailor.  His voice is so sharp you wonder why he hasn’t had the success he so richly deserves. He really can get the crowd moving to his classic acoustic sound, even if the temperature inside the tent feels like 100 degrees and sweat is dripping out of every pour of everyone. Inevitably he saves his past for last and plays a wonderful version of “Good Souls”.

Now its time for Adam Ant & the Good, the Mad and the Lovely Posse on the main stage, Adam Ant is one of those artists, when it’s good it’s very good but when it’s bad it’s bad. Today we saw both sides, there is no doubt he was a mega star in the eighties, but this is 2011 and there has to be a question over his temperament and his ability to (stand and) deliver. Maybe it was just the wrong set list, should it have been a greatest hits from start to finish with the odd new song thrown in? Even covering the great Marc Bolan’s “Get it On” did little to lift the crowd.

Having had time for a cider its off to the second stage for Mike & The Mechanics, the tent was just about to burst at the seams as the band took to the stage, but still more and more people were squeezing themselves into the biggest oven Hyde Park has ever seen. Thankfully I had the idea of standing just outside one of the entrances, giving me a great view but not the heat.  Mike and the Mechanics want to be here you can just tell by the effort they put into their playing and also the choice of songs. Crowd favourites such as Follow You, Follow Me, I Can’t Dance, Looking Back Over My Shoulder and the beautiful Living Years created the biggest sing-along the tent saw all day.  With lots of banter on stage between the members of the band and the audience you can just feel that this show is special, it culminates in the fantastic “all I need is a miracle”. Great show from a great band

Finally it was off to see Rod Stewart on the main stage, as the band walk on stage the anticipation grows and with the opening chords of the O'Jays Love Chain it is evident that you are watching a well oiled machine in action, there is less  chat than usual, due to time constraints as he runs through his repertoire of hits.  The first guest of the night is Stevie Nicks who joins him for a duet of Young Turks.

The next guest is Ronnie Wood who walks on stage without introduction, so Rod stops Maggie May in its tracks introduces Ronnie and starts again, much to the crowds delight, this is followed by The Faces classic Stay with Me, Ronnie leaves the stage to a huge ovation, as Rod goes through a list of sing-alongs, leaving the crowd hoarse.

Yes it was a great day and weekend. 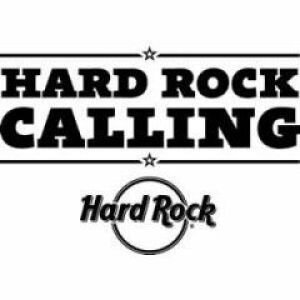