Had Me A Real Good Time, Review of The Faces at Cornbury
Tweet

The Faces were the original ‘lads’ band where every gig was like being on the football terraces, at this years Cornbury Festival , it was evident that some of the original lads were in the audience, ready to relive the heady days of the early seventies.

Unlike the well oiled entrance of Rod Stewart (former lead vocalist) at Hyde Park last week, The Faces strolled on stage, had a chat with each other before Ronnie Wood started to churn out the unmistakable riff of Miss Judy’s Farm, the crowd around me erupted and started what was to be a 90 minute sing song.

Had Me A Real Good Time followed and kept the pace up, next it was the cover of The Temptations I Wish it Would Rain, Mick Hucknall introduced the song in exactly the same way as Rod did back in 1973 at The Reading Festival (unexpected attention to detail there, especially when he had the lyrics to all tracks on his monitor), Mick’s soulful voice came into its own at this point.

Oh La La was the first tribute to Ronnie Lane, the second more emotional one came during the fine rendition of Debris, which had some of  ‘the original lads’ close to tears, the mood was lifted as the band went into Cindy Incidentally, this was swiftly followed I’m Loosing You .

Loosing You has always been one of the highlights of a Faces performance as it allows Kenny Jones to show off his drumming prowess, Saturday was no different , as the band went off to leave him centre stage you could see Mac with his arm around Glen Matlock, clearly this a band who enjoy each others company, unlike some reunions that spring to mind.

The cover of Chicken Shacks, blues classic I’d Rather Go Blind allowed both Ronnie Wood & Mick Hucknall to play off one another to brilliant effect, the set completed with a barnstorming version of Pool Hall Richard.

A minute or so later they were back for a tribute to The Small Faces and in particular the late Steve Marriott with stirring versions of Tin Soldier and All or Nothing, then they were off again, before the inevitable final encore of Stay with Me.

Arm in arm they the smiled at each other and thanked the crowd, I think they enjoyed it, and as for ‘the original lads’ most had lost their voices as they headed to the bar and promising to meet at Hurtwood Park Polo Club on the 23rd. 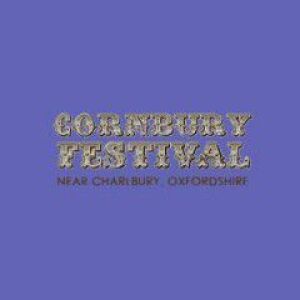