Festivals For All were amongst the lucky thousands attending this year’s Guilfest over the weekend of 15th -17th July 2011. Here’s what we thought….

Celebrating its 20th year, Guilfest pulled out all the stops in 2011 to deliver probably the best yet. The combination of line-up, entertainment, facilities, and organisation made this a festival to remember.
Situated in Stoke Park, within walking distance of Guildford town centre, and with some excellent transport links, the festival offers great options for day visitors and campers alike.  A truly family friendly festival, this was probably one of the youngest festival crowds we’ve seen, and the ease of commuting coupled with the safe, secure, and well stewarded camping, encouraged all generations to attend. Just ask Allan.

Apart from the music the festival offered something for all ages; from a 150ft long bar, to dedicated kids areas, to comedy and healing tents, there was enough to keep the most demanding occupied over the course of the festival. To compliment the bars, there was a wealth of quality food options to suit all tastes.

What of the music you ask? Excellent! Guilfest offers a wealth of music options over eight stages; there really is something for everyone.  This year featured the Vive Le Rock Punk / Ska stage for instance. This quickly became a mini festival within a festival and developed a unique vibe all of its own. Great stuff. Likewise the dance tents, and The Big Cheese Cave, dark and moody, bedecked with starlight ceiling produced some great festie moments.

The weather was not too kind, but the availability of so many event tents meant there was always a safe haven to shelter and hear some great sounds.

The sign of a great festival line-up is the number of clashes. Guilfest produced many great acts appearing concurrently. Tough choices indeed. Here’s a snapshot of what went down for FFA…..

On sunny Friday FFA caught a great early afternoon set from Gogobot, who made the journey down from Glasgow to deliver some fine tunes to get the festival into its stride. A powerful set by The Rifles preceded a first class outing from Echo and The Bunnymen and a particularly fine rendering of ‘The Cutter ‘. The appearance of Roger Daltrey on any bill is a talking point and you could taste the anticipation before he hit the stage.  Playing for virtually two hours the man delivered the goods, with a selection of early classics before launching into the granddaddy of all rock opera’s; ‘Tommy’.  Plagued by technical problems early in the set, Daltrey shone through. The crowd reaction to Pinball Wizard had to be seen to be believed; the whole field erupted. Great Stuff again.  Finishing with a few songs from his own back catalogue plus some Who greats, this was a fine set to send the first day crowd home happy.  Our spies tell us that over on the second stage Adam Ant delivered a stunning headline set too.

Saturday saw the rain, particularly during a fine set from Kate Rusby, who had the crowd eating from her hands during some excellent audience singalongs! Over in The Big Cheese Cave tent, the scene was set for Subsource. Guildfords Own, playing in front of their home town crew, the packed tent was kicking.  With front man bassist Henshall crowd surfing as the band’s heady mix of punk, dubstep, rock, and deep deep bass, (just what is this!), caught you right in the solar plexus, the home crowd were bouncing.  Great live act anywhere but this one was a bit special. Recommended.

Still reeling from the Subsource experience, we caught Steve Harley and Cockney Rebel. On a great day for music, their set just pipped Skindred and Subsource to Set Of The Day in this reviewers humble opinion. The man is a genius; and shrewd enough to surround himself with some of the best musicians around. This set included a festival first for Guilfest, with the appearance of his son playing live on keyboards for the first time. Marshalling his musicians like a general, Harley delivered a set full classics old and new with top drawer musicianship. Working the crowd like an old pro, Harley coaxed the whole field to sing ‘We got the feeling’ whilst the band vocal harmonised on the fly. He claimed it was a first! Who knows but either way a genuine festival moment.

Torn between Razorlight, Peter Andre and Skindred, FFA caught them all. Razorlight were polished. Class always shows. They delivered a first class headline set which had the packed field jumping from the first few bars. Andre packed out the second stage field. The predominately young female crowd loved every minute cheering and screaming to his every move. A worthly second stage headliner. Over in the jammed Big Cheese Cave tent the atmosphere was electric for Skindred. What a showman that man Benji Webbe is.  A brilliant show with one of the best audiences of the festival.  We swear some feet never touched the ground the whole performance. One to remember. A damp Sunday saw the Guilfest institution that is Mr Simon Friend take to the second stage to deliver some fine songs with the odd Levellers classic thrown in for good measure. ‘The Boatman’ in particular finding the crowd in fine voice.  Back to the main stage to catch The Saw Doctors. Again quality shows; these guys are old hands at producing a festival pleasing set to a happy sing along crowd.

Erasure; the boys are back! What a superb show. A major draw evidenced by a packed main stage audience.  A couple of new songs interspersed with classic hit after classic hit. Everyone loves a showman and Andy Bell still has the magic (and the vest). Good time music delivered with aplomb! Oh L’Amour  indeed.

Tough Choices. Decided on PIL on the second stage – Sorry James Blunt ïŠ.  Sunday evening can sometimes take on a jaded feeling after three days of partying and it takes a damn fine Sunday headliner to produce arguably the set of the festival.  Lydon was magnificent, and again very astute is surrounding himself with quality musicians over the years.  Dressed in white, with white under lighting against a black stage backdrop, the guy owned the field. Crafting his back catalogue to deliver a more contemporary D&B edged tone in parts, whilst almost ambient in others; PIL could give bands half their age a lesson in hitting the hot spot.  A worthy end to a great festival. 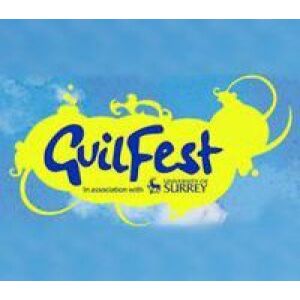