Giants of Rock once again exploded into the wonderful fusion that is classic Rock and Butlins Music Weekends to produce perhaps the best GoR yet. Our FFA Reviewers have long championed this three-day rock music extravaganza in Somerset (Read the FFA Giants of Rock 2018 Review as a for instance), and the 2019 shenanigans simply cemented GoR’s position as one the seasons flagship Rock events. 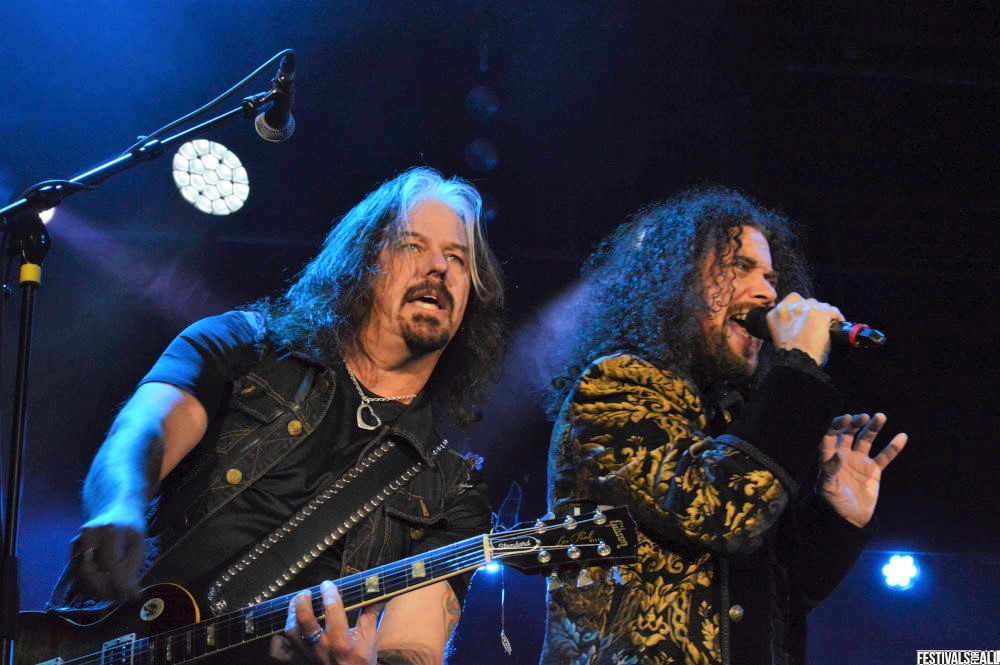 This festival continues to progress year on year, and there is a growing maturity, a confidence, about GoR that sets it apart. In recent years the event itself has become the attraction… it’s no longer just a great venue hosting great bands. There is a substance to GoR now. It’s a tangible, vibrant community of artists and audience. Each year, the bands change, but the atmosphere remains. Over the last couple of years, the event has become bigger than the bands it hosts; and that’s how it should be. It has its own identity now. The crowd makes GoR of course. It’s a fabulous crew of thousands of like-minded souls bonding together, seeking solace for a few short days from a country plunging further into chaos. GoR shows the strength of a community spirit in troubled times. The camaraderie at GoR is as infectious as it is genuine, and we loved it. 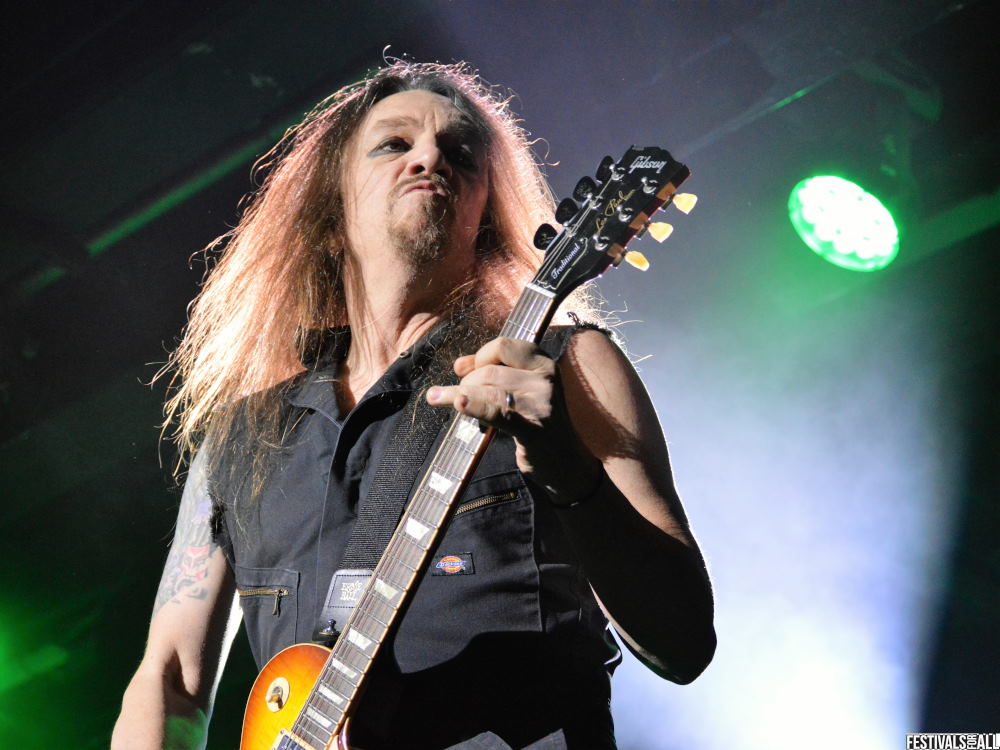 The Butlins Minehead Resort underpins it all of course. If you’ve not experienced a music festival at Butlins before – then you should. They provide weekend events to suit all pockets, tastes and genres, but make no mistake about it, weekends such as Giants of Rock are true winter music festivals. It’s a festival crowd. It’s a festival atmosphere. Indoors. In winter. There is plenty to eat and drink with multiple large auditoria, plus that all important warm bed and your own facilities. They serve up a whole host of on-site entertainment, including a pool hall, a bowling alley… oh, and a water park to boot. What’s not to like? If you’ve not been to a Butlins for a few years you’ll be surprised how excellent and 21st century their resorts are. The lovely seaside town of Minehead is a couple of minutes’ walk away if you can really bear to break free of GoR’s gravitational pull. GoR itself offers up three auditoria, a couple of which accommodate a few thousand apiece. Throw in the Inn On The Green, with its great Rock crowd throughout the weekend, and there is plenty going down around the site. The Rock music policy is multi-genre, with a bias towards old schoool ‘Classic Rock’ but with enough young blood to keep it all fresh, and strains of Blues, Prog, Alt, Psychedelia, et al to make the audience a pretty broad church.

… and so to The Bands themselves. We witnessed some absolutely terrific performances across a strong bill. It’s all opinion of course, and FFA missed more than we ever saw – it’s the nature of the beast at multi-venue events. One point of note – your intrepid FFA reviewers did try to be diligent and split set viewing across the various stages to take in the full scene, but here’s the rub. We never saw a set we could drag ourselves away from! Praise indeed. The GoR19 quality was frankly exceptional. This is an edit of our favourites. If you were blessed to attend and your faves do not even get a mention… we’d be elsewhere, and most probably drinking.

Brian Downey’s Alive & Dangerous really kick started GoR19 for FFA with a fine set of Lizzy magic before U.D.O. simply blew us away. If the Pontiff lived on an inner-city estate then Udo Dirkschneider would be that man. The guy has that urban presence. With a growling menace, neat vocal effects and an absolutely stunning band alongside him, this was genuine GoR Friday Night Party Time. Guitarist Dee Dammers simply excelled. A Deutsche Rock masterclass. Excellent. 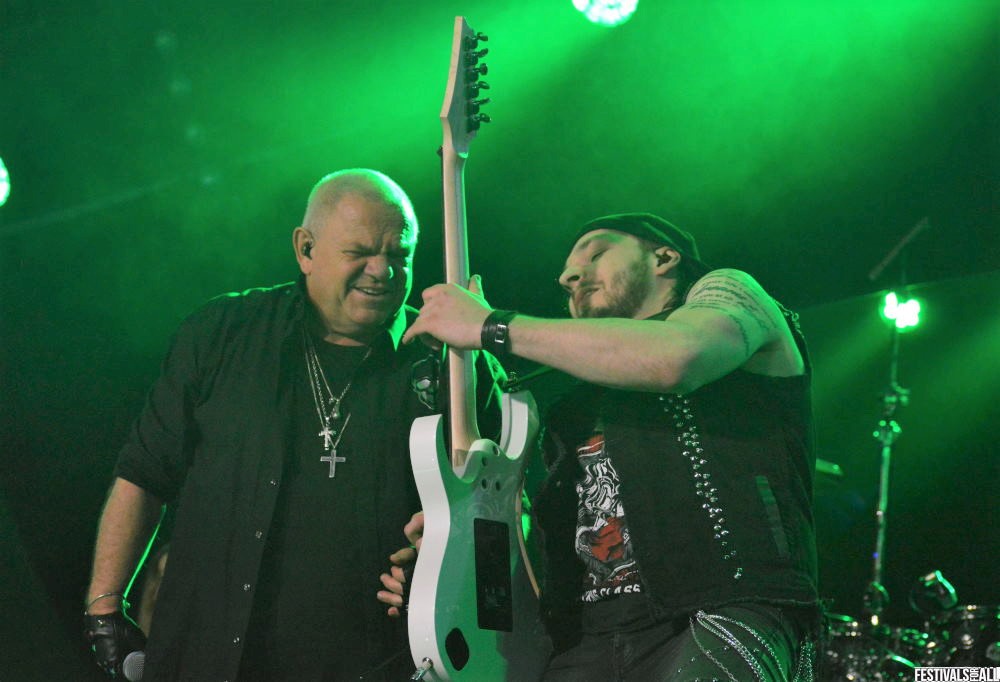 What a great set from Departed early doors in Reds. 2018 Introducing Stage Winners and proof positive of the merits of the Introducing Stage concept where the punters vote for their favourite new acts from the dozen performing on the smaller Jaks stage over the weekend. Winners are elevated to appear across the main stages at the following years bash. Departed are a fine young band hopefully destined for bigger things. We loved Rhino’s Revenge gutsy Jam-eque rock, including a ripping ‘Mony Mony’ break, before the mighty Sweet set the place alight.

Celebrating 50 years in the business this was everything GoR is about; a passionate and knowledgeable crowd prepared to leave any musical prejudices at the door and hail the likes of Andy Scott and his merry band. Even beneath the early glitter there was always a cracking rock band in the mix with Sweet and they proved it on Saturday Night. Ably supported on stage by all-round virtuoso and Cats In Space front man Paul Manzi on guitar, keyboards, and vocals, the band were splendid. All the Hits were on parade, even the early pop ditties of ‘Wig Wam Bam’ and, er, ‘Little Willy’ got an airing – much to the delight of the gyrating crowd. Great Good Time Rock & Roll. Loved it.

Now then, arguably set of the festival – Wille & The Bandits? Three absolutely stunning musicians at the very top of their game. Edwards is already a known phenomenon, but bassist Matthew Brooks must be one the best contemporary bassists on the scene – he laid down some absolutely wonderful six string breaks, and there is a chemistry between the artists on stage that makes the spine tingle. An exquisite take on Santana’s ‘Black Magic Woman’ had the crowd reeling before the emotive ‘Angel’ brought the house down. Superb. FFA made a very rare dash between stages to catch the always splendid Oliver/Dawson Saxon hit the pedal to the floor for a blistering ‘Wheels of Steel’ to put the complete cap on another excellent GoR Saturday Night. 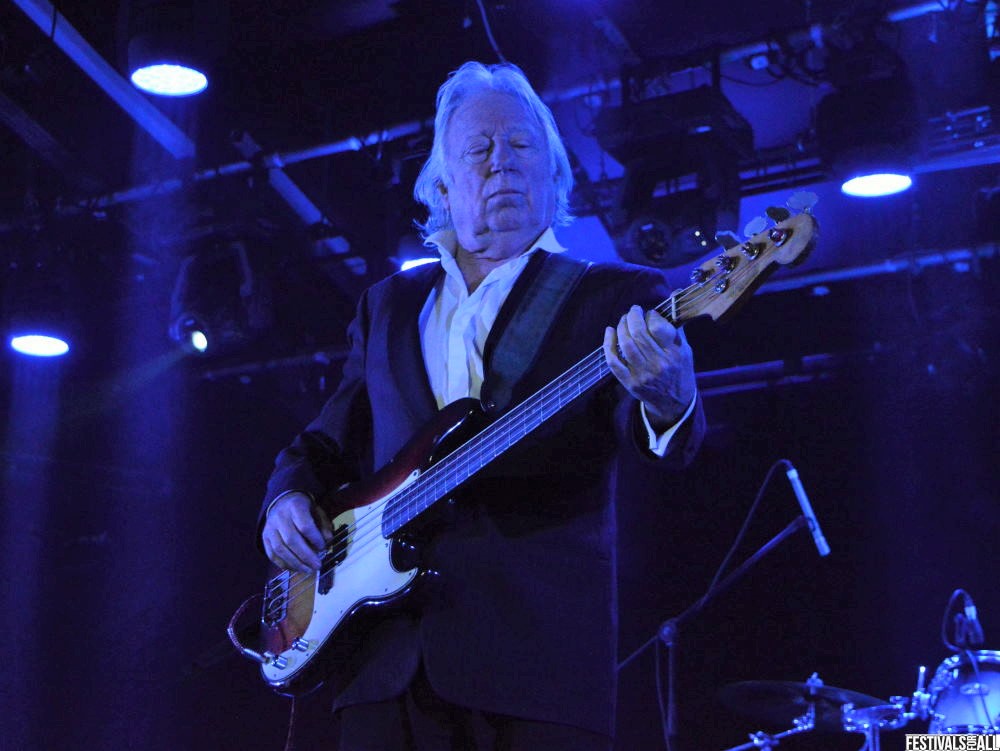 What a fabulous day. Three bands in Reds early doors that summed up the diversity of GoR’s musical offerings and the sheer quality of line-up to a tee. Man. A splendid set with Ace at his laconic best. ‘C’mon’, ‘Many Are Called…’, just for starters. A wonderful back catalogue and fine musicians. Elliot Randall, what is there to say? The great man just ambled on stage with a couple of his mates and played the most amazing bluesy jamming rock, with Adderley’s ‘Mercy, Mercy, Mercy’ Simply outstanding. Let’s not mince words, watching Rock Elders such as Randall laying down one of THE great rock guitar solo’s like his ‘Reelin In The Years’ is a rare and fragile privilege. It’s what GoR is all about. And it’s wonderful. 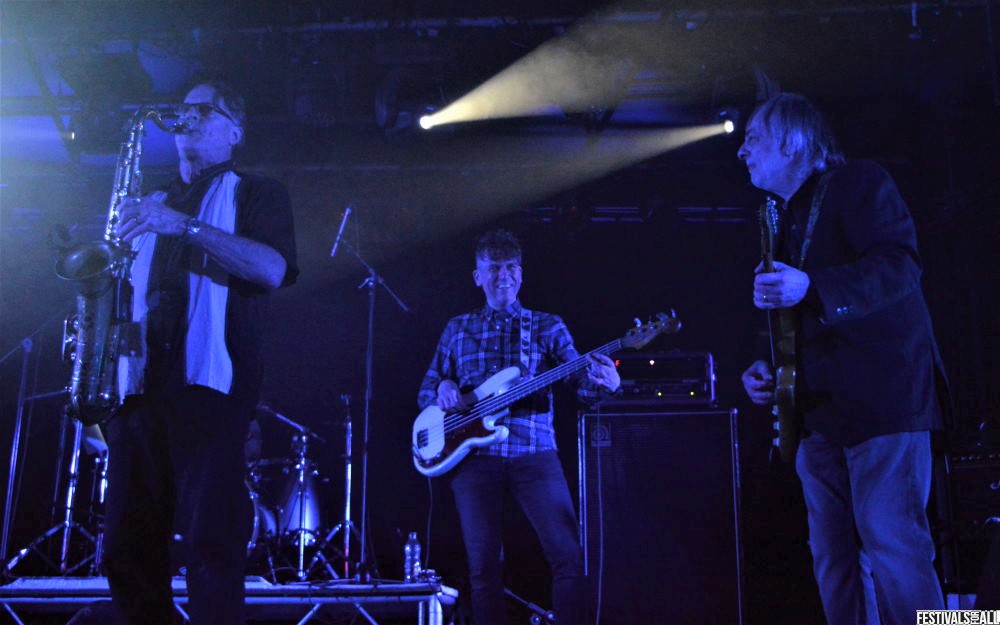 Carl Palmer’s ELP Legacy were absolutely on the button. Yet another example of stunning musicianship that GoR brings to the table. Palmer has surrounded himself with two magnificent instrumentalists and the format and arrangements never attempt to mimic the old ELP, and the show is all the better for it. ‘Fugue in D Minor’ took the absolute biscuit in a great set. The Introducing Stage offered up the excellent Luke Doherty Band who illustrated once again the fine calibre of lesser known acts appearing in the Jaks venue. Cats In Space were fantastic. Long before the excellent ‘Timebomb’ had the crowd away with the fairies, the charismatic Manzi had the audience in his hand. A smashing band.

Now this Reviewer knows it’s cliched to name the Big Headliner Of The Festival as Set Of The Festival but Skid Row were magnificent. Everything you’d expect from a US Stadium Rock Band was on offer that night; Pomp, Rock Posturing, all the Tricks & Flicks, Blistering High Energy, and First-Class Showmanship. These guys whipped up a genuine Rock & Roll storm. This was a proper SHOW. Underpinning it all of course are fantastic musicians (the duelling leads break was mind-blowing) and front man Theart is a seamless fit. The joint was bouncing. Excellent stuff and thank you Butlins for bringing this calibre of act to the party. Bad Touch had the unenviable task of closing the stage after Skid Row but this is a fine rock outfit on the up. All in all, one of the best GoR Sundays we can remember. 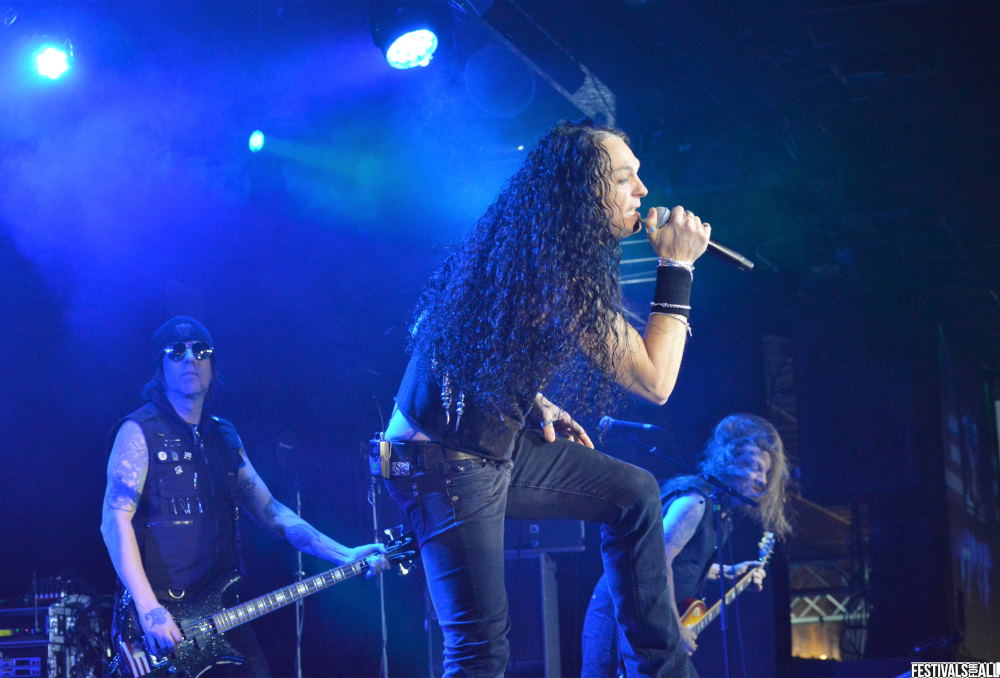 Giants of Rock is an absolute peach of a winter music weekend. A festival without the hassle of a festival, a great crowd producing its own buzz, a great location, an excellent music policy, outstanding bands… and it just gets better every year. Rock on 2020! 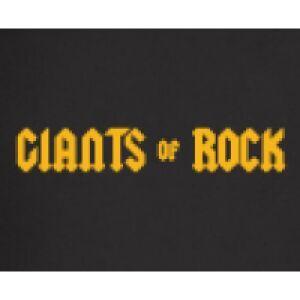 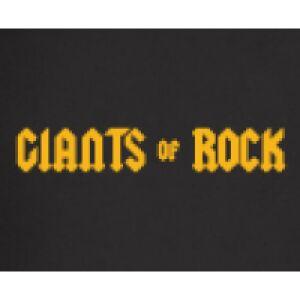