Gate To Southwell Festival 2019 was absolutely splendid. Quality permeates every single aspect of this cracking little festival in Nottinghamshire. This experienced Reviewer found it pretty much perfect and the twelve-hour round trip worth every single mile. Its frankly impossible not to like. 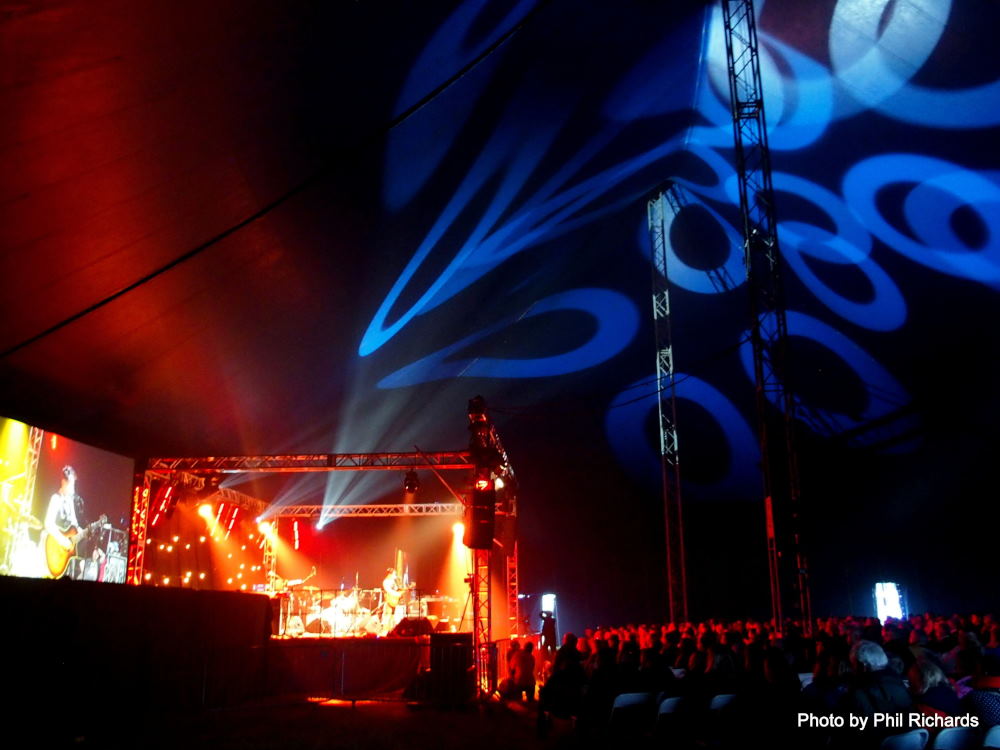 The festival is held on Southwell Racecourse (we camped by the one-furlong post), and the campsite and arena are perfectly flat, with the facilities excellent, including plenty of quality toilets and showers. The compact site hosts half a dozen tented stages, a large kids area, plenty of bars, workshop, dance, and spoken word tents, and covered eating areas. Indeed, all the stages are tented, making the sometimes inclement weather simply an irritant rather than a major nuisance. Most stages, including the large Big Top, are partially seated – but with plenty of room for dancing if needs must. The bars are mini-pubs with proper tables and chairs, and host their own beer festival with a mighty array of ales and ciders. Oh, and don’t forget the Continental Beer Bar and Cocktail bar. Prices were fine, both at the bars and the numerous quality food stalls. You can still park next to your tent and the site is spotless – and the events Green initiatives are commendable. Not all festivals on the wider scene are like this, guys. Southwell is truly blessed.

Without its people a festival is nothing more than bands in field. GTSF simply excelled. The crowd were some of the nicest people you could hope to meet. Security was transparent, and the friendly stewards and volunteers simply burst with pride at being a part of this fantastic event. It all helped to create a wonderful atmosphere. Organisers can be rightly proud of what they have achieved here. 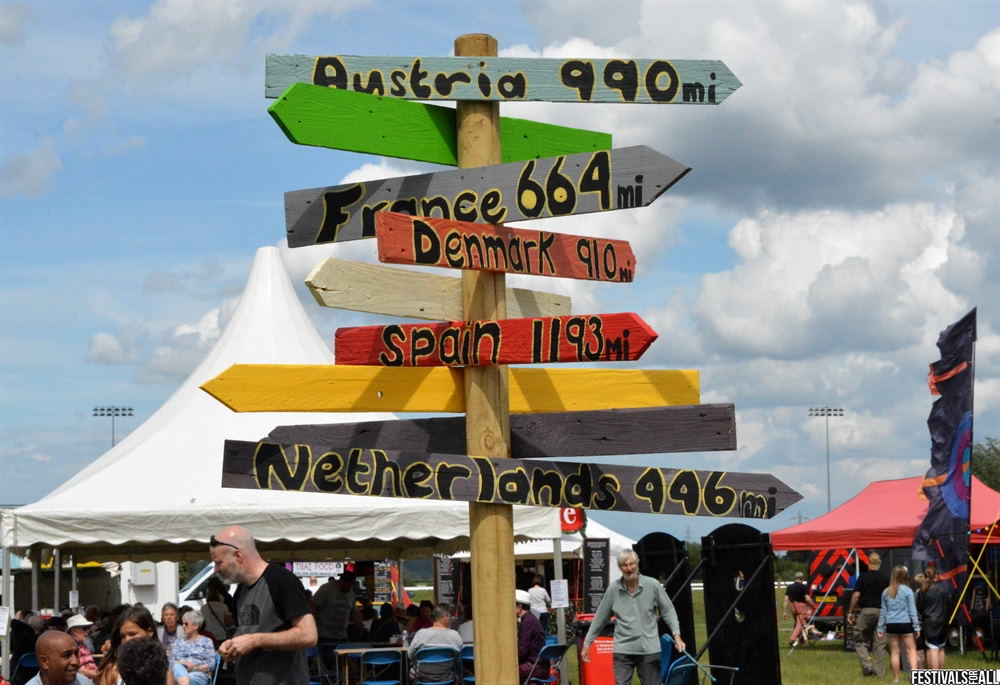 GTSF music policy is exemplary; although badged as folk, roots, and acoustic, the festival managed to cover virtually every facet of the ever expanding ‘folk’ genre, and much more besides. The diversity of the line-up was matched by the sheer calibre of the performance. There are NO fillers at GTSF, virtually every single performer deserved the stage on merit. In its thirteenth year, as hatred and division stalk our land, how wonderful that the festival had chosen this year to celebrate European culture and our shared heritage. The festival schedule was littered with mainland European artists, and a fair number of North American performers too. This celebration of shared humanity expressed in music, dance, food and drink was an excellent touch and the extra international flavour to GTSF in these troubled times made a great festival even greater.

Another lovely aspect of GTSF is that many of the performers make a weekend of it and appear over multiple stages, in multiple guises, with multiple set lists, throughout the festival. Proof positive that you can never have too much of a good thing.

…and so to this international array of talent itself. Reviews are all opinion and this happens to be FFA’s. We missed plenty ‘cos there was plenty going on; if your favourites don’t get a mention then we were elsewhere, or propping up a bar. More fool us. Here’s just a taster of some of the splendid entertainment experienced by FFA over the weekend… 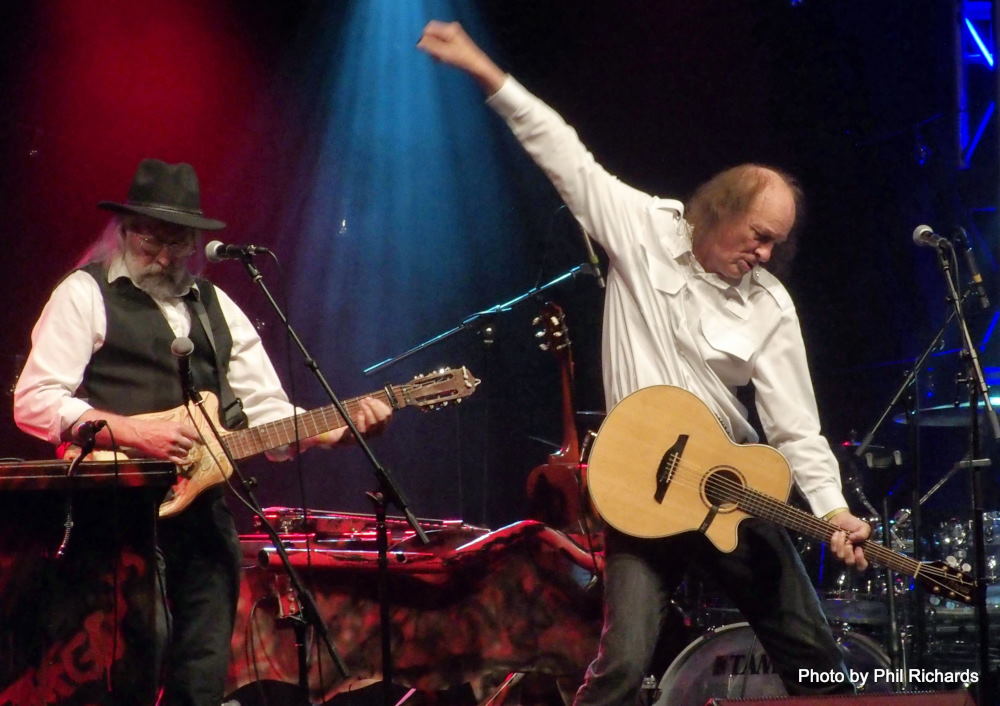 Now most festivals tend to offer a low key ‘Set Up Thursday’ evening schedule; GTSF bucked the trend and excelled in the splendid standard of fayre on offer.  FFA kick-started festivities with a lovely haunting set of melodic, fragile folk from Katie Spencer over on the heaving Barleycorn. With Real Ale festival shenanigans going down, and fine tunes – what’s not to like? Truckstop Honeymoon! Polished, composed, fully rehearsed, slick delivery, excellent stage presence, and an entertaining show. American acts of any genre and scale appear to do all this effortlessly [Discuss] … oh, and the pair were very funny too. 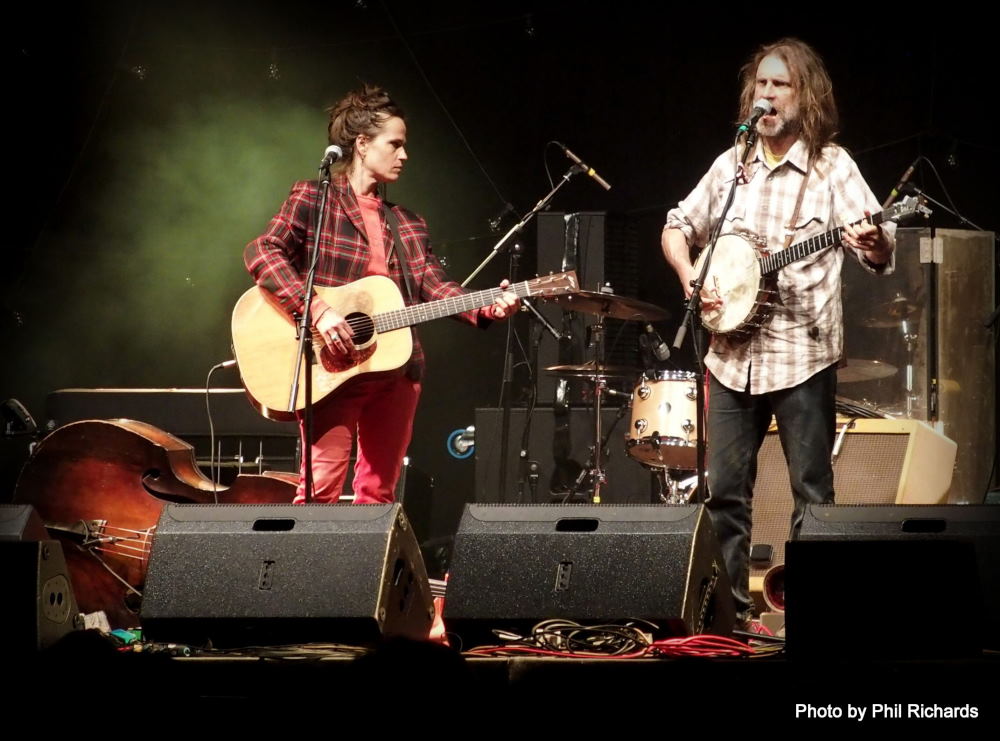 Loved it.  The Tex-Mex of Los Pacaminos provided a worthy headline slot and had the crowd dancing in the aisles. Now then – Blue Summit delivered one of the sets of the festival – and it was only Thursday!  A terrific mash-up of Bluegrass, Rags, Swing, and much else from this Californian outfit in a great set of self-penned tunes and classic covers. Their brilliant version of the Dirt Band’s ‘Fishin’ In The Dark’ took the absolute biscuit in an excellent set. Standards had been set and the rest of the weekend did not disappoint. 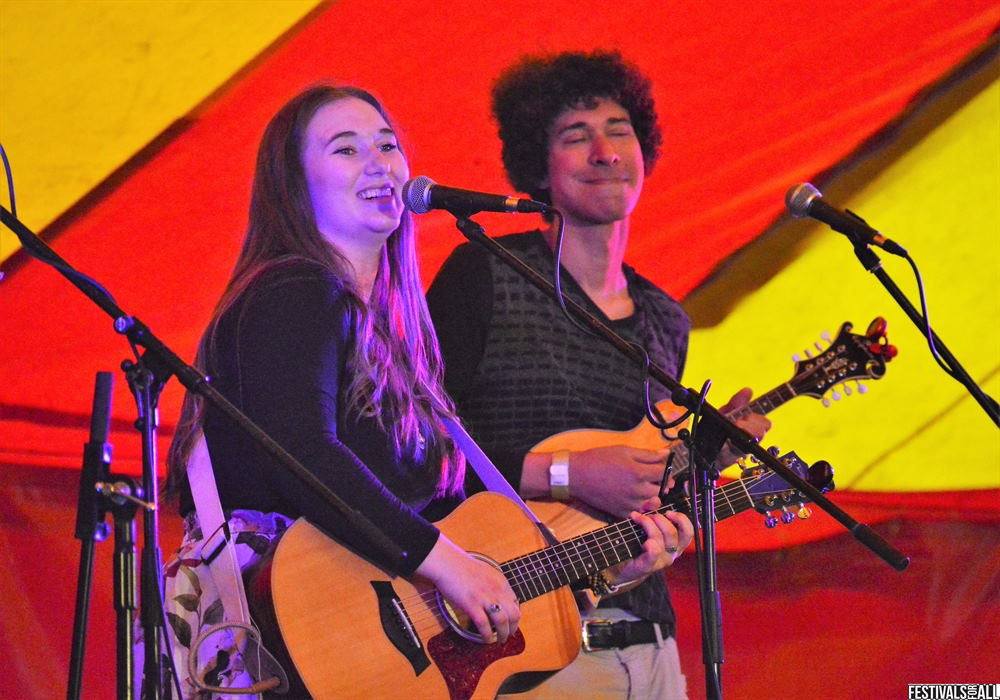 Another dose of class International acts warmed FFA’s cockles after one of the coldest June nights under canvas we’ve experienced for many a year. With the wisdom of the ancients, Mrs FFA had smuggled a hot water bottle into our luggage … and once again saved my life, or at least my extremities. Just lucky our neighbours didn’t ask to borrow it! Hotel Palindrone lifted the lid in a packed Folk Stage for some Austrian mayhem. Cue Yodels and dancing. A cracking hour. Over the Atlantic again for some fine tunes and vocal harmonies from Jessica Pearson & The East Wind. Genuinely delighted to play to a UK audience and a fine set of soft Canadian folk. Back to home shores with a bang for the always excellent Otway and Barrett. Both in fine form and with some wonderful visual malarkey, the guys truly entertained. Very funny and no mean musicians, the set ended with Barrett sawing his guitar in half… although he did claim later that no quality musical instruments were hurt in the making of this performance! A true asset to the festival scene and lovely to see them again still at the top of their game. 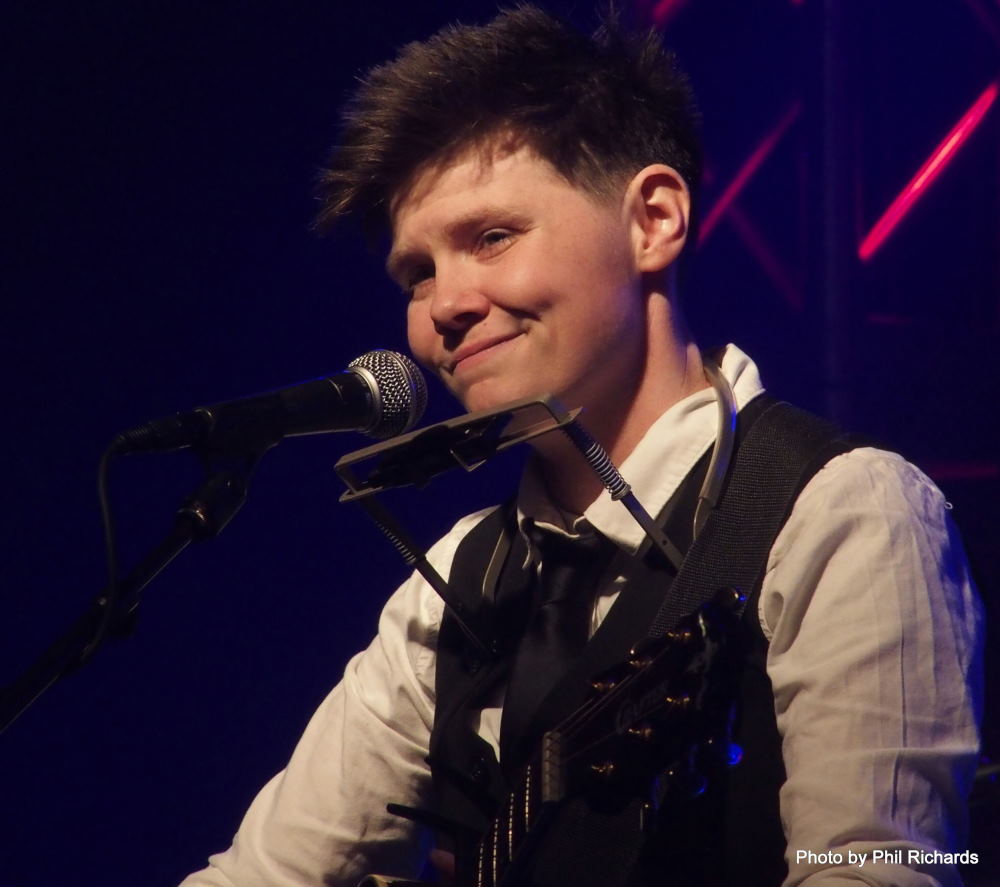 Oh Grace Petrie, what a performance. Proof positive, if any were needed, that the contemporary ‘folk scene’, in all its many guises and genres, is as dynamic, diverse, and vibrant as it’s ever been. A class act. Politically charged and with a ‘stance’ on everything, Petrie succeeds, not by berating or browbeating her audience, but by taking them on a journey of explanation through her links and lyrics. Foot stomping social commentary (particularly in her later set in the Barleycorn) to rapturous applause and ovations throughout both sets. The woman was a triumph. Excellent. Steve Harley & Cockney Rebel headlined with a fine set, culminating in a spine-tingling rendition of ‘Sebastian’, before the whole gaff exploded for ‘Come Up And See Me’. With Harley constrained by mobility issues, the interplay between violinist Wickens and the keyboards of Lascelles took the lead and were simply marvellous. Mayhem followed over in the Frontier Stage where The Activators vibrant ska fuelled beats closed the night in exuberant style. 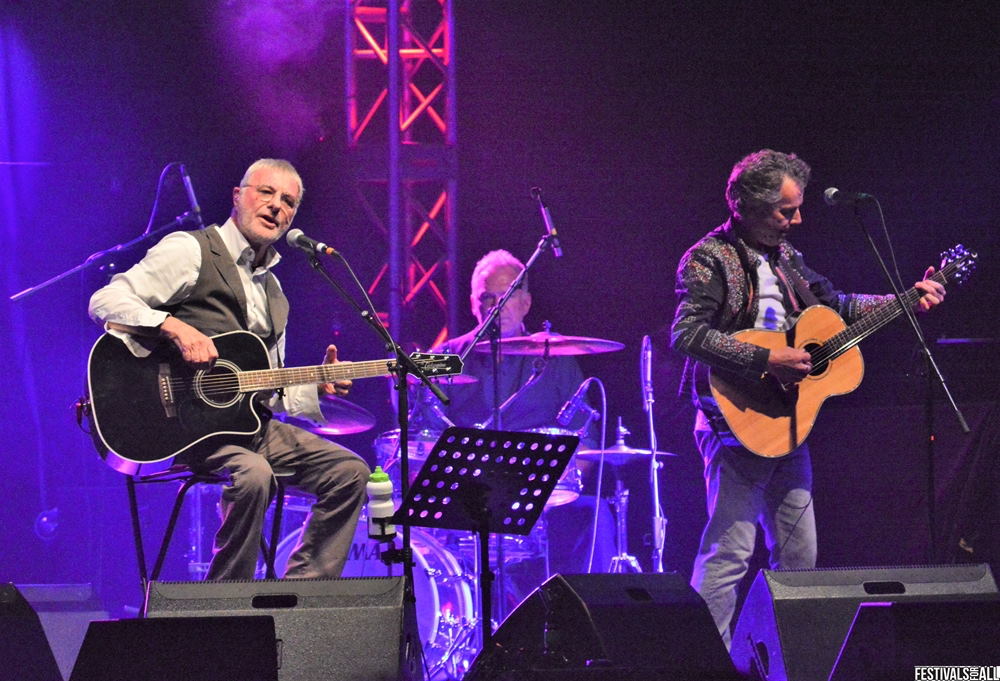 One of the many beauties of GTSF is the fact that the festival overspills into the adjacent town. FFA took the festival bus into nearby Southwell (two quid return and running until after midnight – wonderful!). A pretty little town packed with boozers, it’s an excellent location, and the main street was thronged with troupes and performers. Sadly, the damp weather constrained some outdoor festivities but we saw some great dance in the Crown courtyard and indoors in the library. The Old School Rappers crashed the Crown pool room (loud floor!) for an impromptu sword dance, before the imposing Witchmen took over the boozer for a pint and sing-along. Great scenes and we loved it. 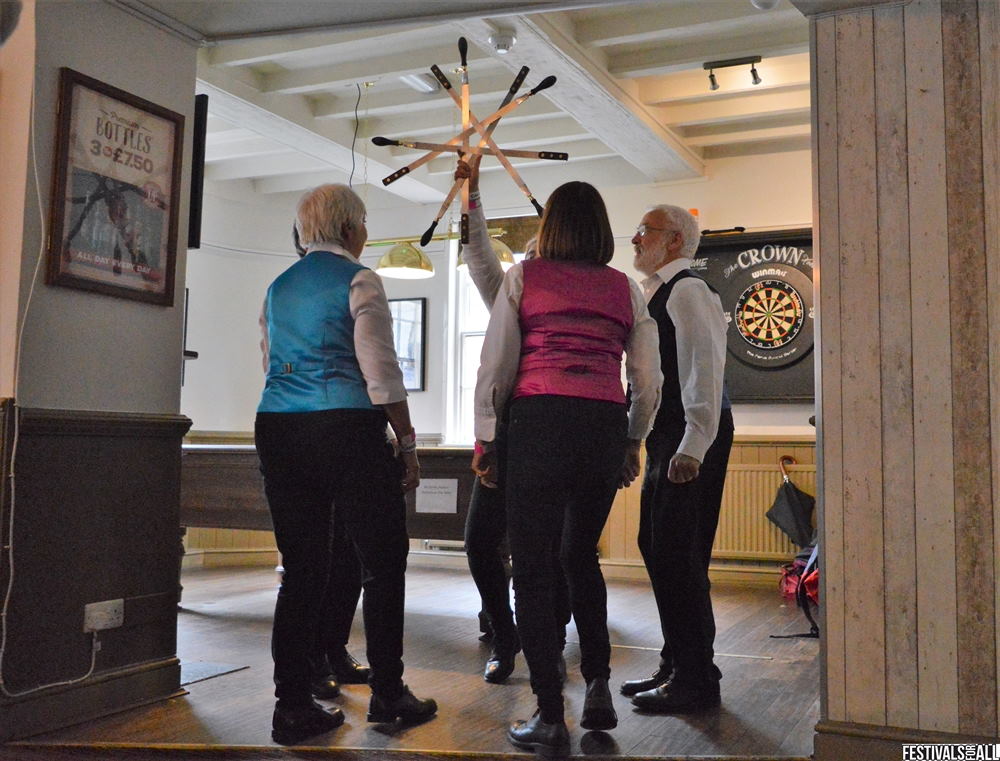 Back on site, the festival’s tribute to the Woodstock anniversary was in full swing. A fantastic 90 minutes with plenty of cameo performances from artists appearing over the weekend. Not least Joshua Cook plays Hendrix! Fabulous stuff. Who says GTSFF does not offer something for everyone?  Sam Kelly and The Lost Boys - arguably Set of the Festival (told you reviews are all opinion). Great songs, great stage persona, and some excellent musicians. ‘Shining Ships’, with hints of psychedelic prog, was the icing on the cake. A fine band. GTSFF you did us proud. Blimey. Blackbeards Tea Party storm the Ceilidh… a cracking night of good-time dance. The joint was bouncing. Caller Patrick Rose did the business and it was a wonderful end to a fun packed Saturday. 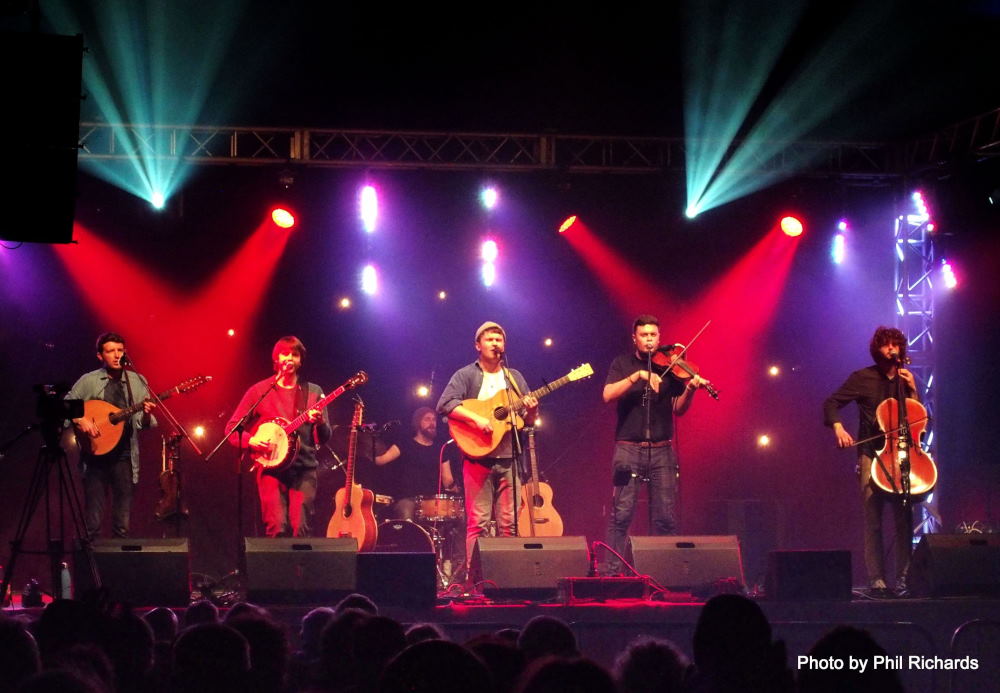 Mr Sun came out to play. The rain had stopped, and the festival Square was heaving in the sunshine and all was well with the world. We watched some great kids (and adults) chaos from entertainer Dan The Hat, interspersed with some damned fine Appalachian clogging from the wonderfully monikered Kitchen Tap, and just sat and people-watched for hours. The splendid jigs of the aptly named JigJam had ‘em bouncing in the Big Top and we enjoyed round two with Truckstop Honeymoon. Blue Rose Code laid down some cracking folky-blues, before Dinamo blew us away. There is an excellent Latino-Ska thing going on with this Spanish outfit and they got a great crowd reaction in a very lively Frontier Stage. Headliners Skipinnish were on the button in the Big Top with powerful driving Celtic folk beats. Throw in some haunting Highland ballads and a frankly wonderful cover of Runrig’s ‘Alba’ and the band closed the rocking Big Top with a flourish. GTSF finished in great style for FFA with smashing sets from Rosenblume and Sunjay Sings Buddy Holly on a day that simply nailed GTSF’s reputation for quality and diversity in a multi-genre extravaganza. 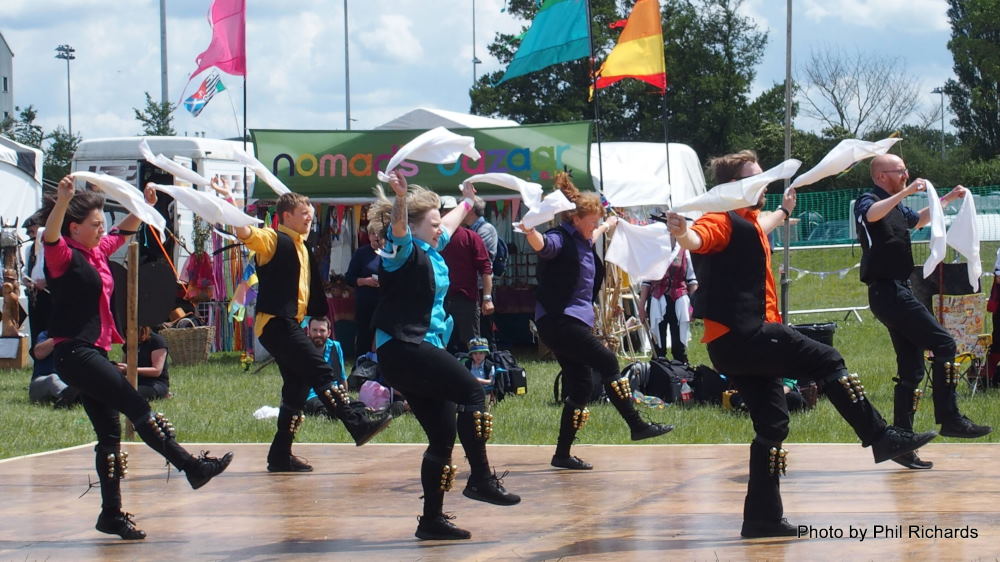 FFA would unreservedly recommend Gate To Southwell Festival to both a first-time festival goer, or an experienced hand. The quality of the event, its artists, and most importantly its people, stand it apart. Remember too, that smaller events like Southwell form the bedrock of live music in the UK, particularly as many music venues go to the wall. This is a challenging time for festivals and they need your support, both through attendance and at the bars. Southwell simply deserves to thrive and prosper. This Reviewer will be back.