Norfolk’s ‘Folk on the Pier’ festival is twenty-one this year and will be celebrating this landmark achievement by hosting the largest programme of artists and events since its inception in 1999.

The weekend of 10, 11 and 12 May folk and roots music fans will enjoy eighteen individual sets by various artists at the Pavilion Theatre; in addition, the ‘festival fringe’ will offer around another seventy performances and events in venues in and around Cromer across the weekend.

A full gamut of musical styles is on offer including Folk-rock, country and Americana, rhythm and blues, world music, singer-songwriter and of course more traditional folk-song and dance. The now long established ‘Richard Davies’ Memorial Session’, the ‘Festival Patron’s Hour’ with Ashley Hutchings MBE, and the ‘Rock the Lobster Roadshow, showcases presented by broadcaster Richard Penguin are very popular highlights of the fringe. And no self-respecting festival fringe would be the complete without the opportunity for open microphone and song and tune sessions. There is even a ‘Celebrity Auction’ with festival friend Richard Digance at the Cromer Community Centre on offer!

Entry to all fringe events is free but some venues are limited capacity and it should be noted that the festival reserves the right to change programming and performance times (though rare) without giving prior notice.

‘Folk on the Pier’ runs from Friday 10th May to Sunday 12th May and full details of all of the performances and events can be sourced at www.folkonthepier.co.uk 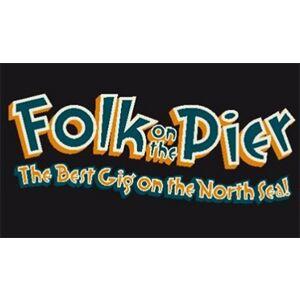