The atmosphere when walking into Hatfield House on Sunday the 24th July was reminiscent of a period drama. A historic venue, beautiful grounds, live Folk Music, archery, pottery, willow weaving, bunting, real ale & even a blanket of flower petals for children and adults alike to play in. Walking into the beautiful location accompanied by relaxing sounds floating through the air you immediately felt at ease whilst hundreds of families enjoyed picnics on the grass with the summer sun beating down.

Following Tyde Kathryn Roberts and Sean Lakeman (who also plays in his brother Seth Lakeman’s band) returned to the stage after a 4 year sabbatical. With a mix of traditional and contemporary material they showed us that they are now established pillars of modern British folk. The return of Kathryn and Sean weren’t the only ones to make a successful return, there was a long queue at the ice-cream van!

Next up was Adrian Edmondson and the Bad Shepherds who played us some covers of classic punk songs on folk instruments. Included in the set was Anarchy in the UK, I Fought The Law, We’re Only Making Plans For Nigel and White Riot which seemed completely plausible in their new style. Ade broke up the set with some banter and a nervous joke about the late Amy Winehouse, he looked up to the sky and asked her if she liked that one.

The area was quite small but enough to wander round the perimeter for a snack, some arts and crafts or a liquid refreshment of which there was a diverse choice. There was no queue for the loos either that’s a tick in our box.

Bella Hardy was next on stage a bubbly lady wearing a summery red dress who later strolled around the area dutifully signing autographs for excited youngsters.

Show of Hands were a band we had heard a lot about but had never seen live and were looking forward to seeing. Their set included Arrogance, Ignorance And Greed for which in 2010 Steve and Phil clinched best original song at the BBC radio 2 Folk Awards alongside a prestigious double accolade for best Duo. Another tune was Santiago alongside their latest experience at Glastonbury. (They had witnessed the set of Tinie Tempah and found out about something called a mosh pit!. They said it seemed people were recklessly throwing themselves into one another and into harms way without caution. However, we were advised we could start one at the front if we felt like it but to no avail). Their set was faultless and played with the ease of true professionals. They drew a large crowd of which some seemed to leave after the performance.

In between we were given a short but moving speech from a lady who herself had been greatly helped by the Willow Foundation for which Folk By The Oak donate 50p for every ticket sold. After 4 years the figure made an impressive total as it was flashed up on the screen, find out more about the Willow Foundation

The sun was starting to set and the evening was drawing in fast. We were told we were  in for a treat with the next act Drever, McCusker, Woomble and Heidi Talbot. Some of the busiest musicians in Scotland in cahoots as a trio adding to Heidi Talbot’s achingly bittersweet spun-gold voice for a performance with impact. Adam the organiser was very enthusiast about the set.

Last but not least with a nip in the air (which saw everyone putting on extra layers of clothing) was the headline act Seth Lakeman. We have luckily had the opportunity of seeing Seth on many occasion’s since receiving a mercury Prize nomination in 2005 for Kitty Jay. The question tonight was how many strings would be broken on his fiddle with his energetic and compelling performance. We have witnessed it reduced to about 50% by the end of a show!

Blood Red Sky seemed fitting looking above, along with King And Country performed in this beautiful setting. Blacksmith’s Prayer followed by the inevitable Kitty Jay which got everyone on their feet dancing along to Seth and his highly talented band.

Of course there was an encore which was played out to a firework finale, putting the icing on the cake.

Finally for all of those lucky enough to be there on Sunday there’s a chance for you to return next year with their Facebook competition http://www.facebook.com/pages/Folk-by-the-Oak/164320921215.

For those of you who did not attend the suggestion’s for next years line up are already on the Facebook page and include Bellowhead to name but a few.

So all that’s left to say is Thank you Folk By The Oak for our family day out and we look forward to seeing you in 2012, roll on next year. 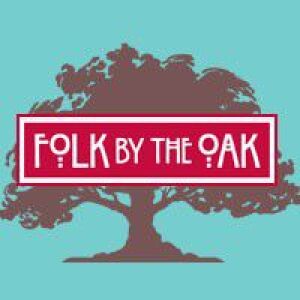