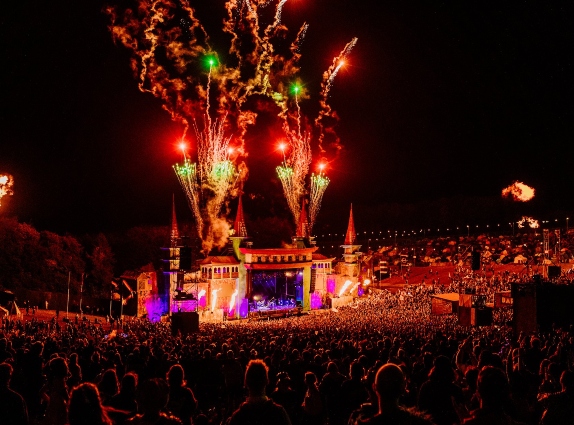 Boomtown, Chapter 12: New Beginnings, which takes place at Matterley Estate, nr. Winchester in Hampshire from Wednesday 12th until Sunday 16th August 2020, has revealed its first wave of acts for this year's extravaganza.

Alongside unveiling an incredible lineup the festival released the movie-like trailer for ‘State of Emergency’, a brand new multi-stage spectacular show that is set to unfold throughout the duration of the festival, in a full throttle, dazzling display of modern-day circus and mind-bending technologies!

Always ones to hold a mirror up to the real world, Boomtown’s brand new site wide show will delve deep into the overarching storyline, as well as question where we are as a society and how, if possible, we can find a route to ‘New Beginnings’, perfectly circling back to the Chapter 12 title. Although the full details about how Boomtown will create this multi-stage spectacular will not be released until the festival, it is described by Boomtown Organisers as:

“A high energy, theatrical spectacular of circus and performance, as well as boundary-pushing sound design, technology and special effects to create a 360 degree experience across multiple stages and areas. Curated by Boomtown production and theatrical teams, as well as circus troupes from across the world, the Boomtown story will unfold on an unrivalled scale throughout the 5-days…’

Headliners will be appearing across the 27 iconic main stages include; one of the most revolutionary and influential hip hop collectives of all time Wu-Tang Clan, grime pioneer and impassioned voice of a generation Kano and Grammy-winning multi-instrumentalist and producer Mura Masa. The Libertines will be bringing their unwavering, unapologetic punk-influenced raw sounds to the Town Centre, making a much anticipated return to Boomtown is reggae legend Damian ‘Jr. Gong’ Marley, as well as a debut appearance from East Coast hip hop royalty De la Soul and funk-disco pioneers Kool & The Gang. Distinctive R&B powerhouse Kelis will take to the Lion's Den, and one of the biggest names in DnB, Australian trio Pendulum Trinity sees the founding members of Pendulum coming together to perform their brand new state of the art show on RELIC. The NUCLEUS stage will see three of techno and electronic music’s biggest names hosting live performances nightly from the boundary smashing, ear bending, genre defying, composer and experimental fusion artist Squarepusher; Underworld will take to the gargantuan monolithic stage structure to celebrate their 40th year in this spiritual home of underground sounds and Orbital’s live set will be sure to raise the bar to astronomical heights. 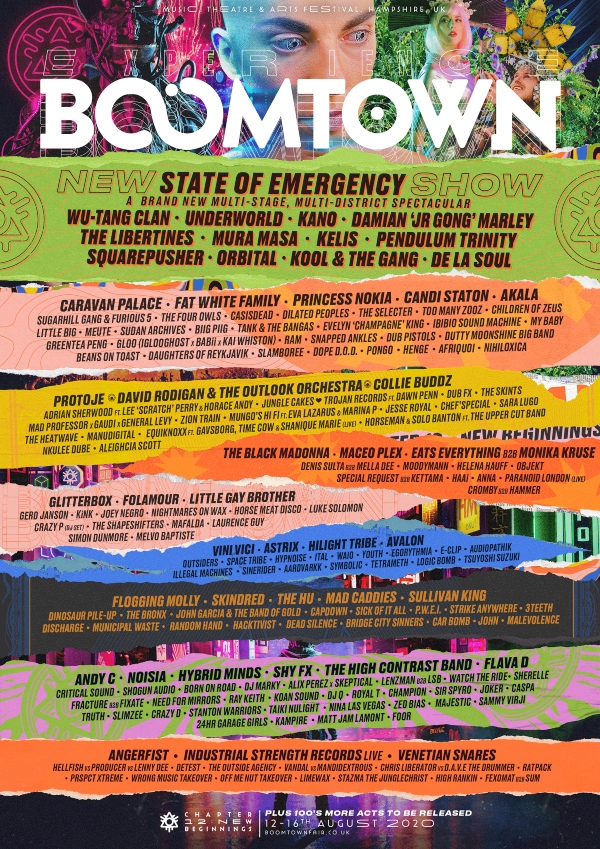