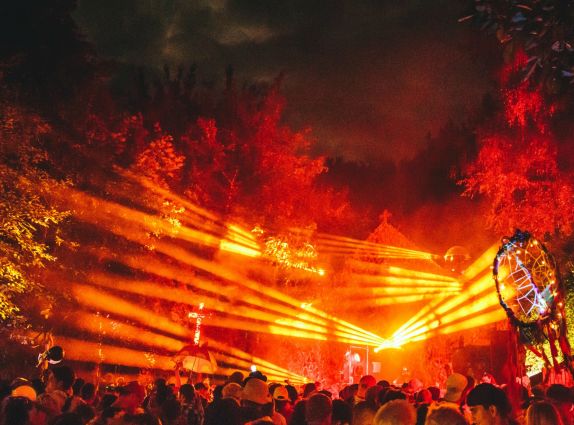 In just a few short years Lost Village has become one of Europe’s most anticipated annual experiences, for those seeking ethereal escapism of an intimate nature.  Lost Village is far more than just a music festival, Villagers' woodland escapades will also include mind-bendingly great food from the likes of Hawksmoor, Dishoom and some of the UK’s most forward-thinking chefs, in spaces such as the Eating House and Tribal Banquet.

The Lost Theatre will also host an amazing lineup of British comedy - with previous names including Katherine Ryan, Joel Dommett and Phil Wang – whilst the Institute of Curious Minds will provide all manner of thought-provocation, with 3 days of talks, interviews, debates and stories.

Other activities include lakeside relaxation, cocktail classes, foraging lessons, creative workshops, secluded hot tubs, yoga and massage in the Energy Garden and a world of weird and wonderful surprises, for those with a sense of adventure.

This year's Lost Village will take place from Thursday 22nd - Sunday 25th August in the beautiful woodlands of Norton Disney. 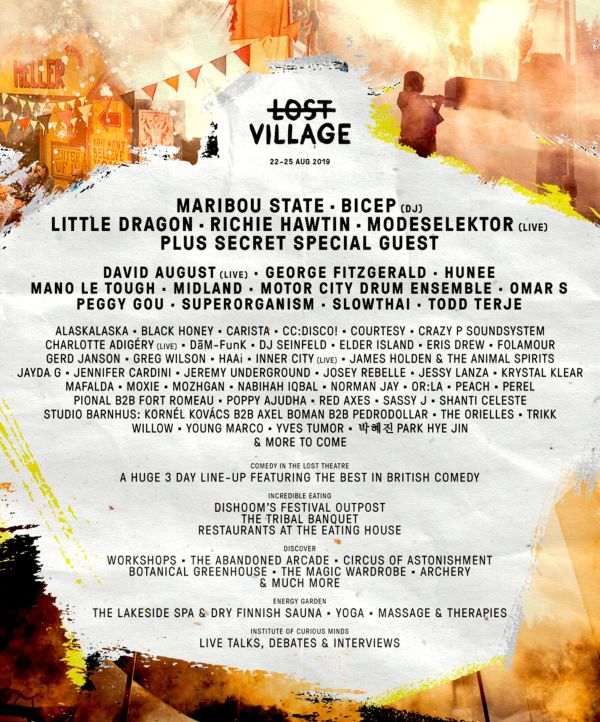