The strapline on Elderflower Fields’ beautifully designed website declares they are ‘The Family Festival’. Well, after I returned from four days of solo festival parenting with a six year old and a four year old in tow, I would like to add two tiny words to that statement – ‘UK’s’ and ‘easiest’.

Elderflower Fields really is the festival for parents who aren’t quite sure about taking their family to a festival. It’s small, but not in the way that there’s nothing to do. It’s quite the opposite in fact – there’s plenty to do, but it’s all done in the most thoughtful and convenient way… with parents and children in mind, so nothing seems too much of a faff. 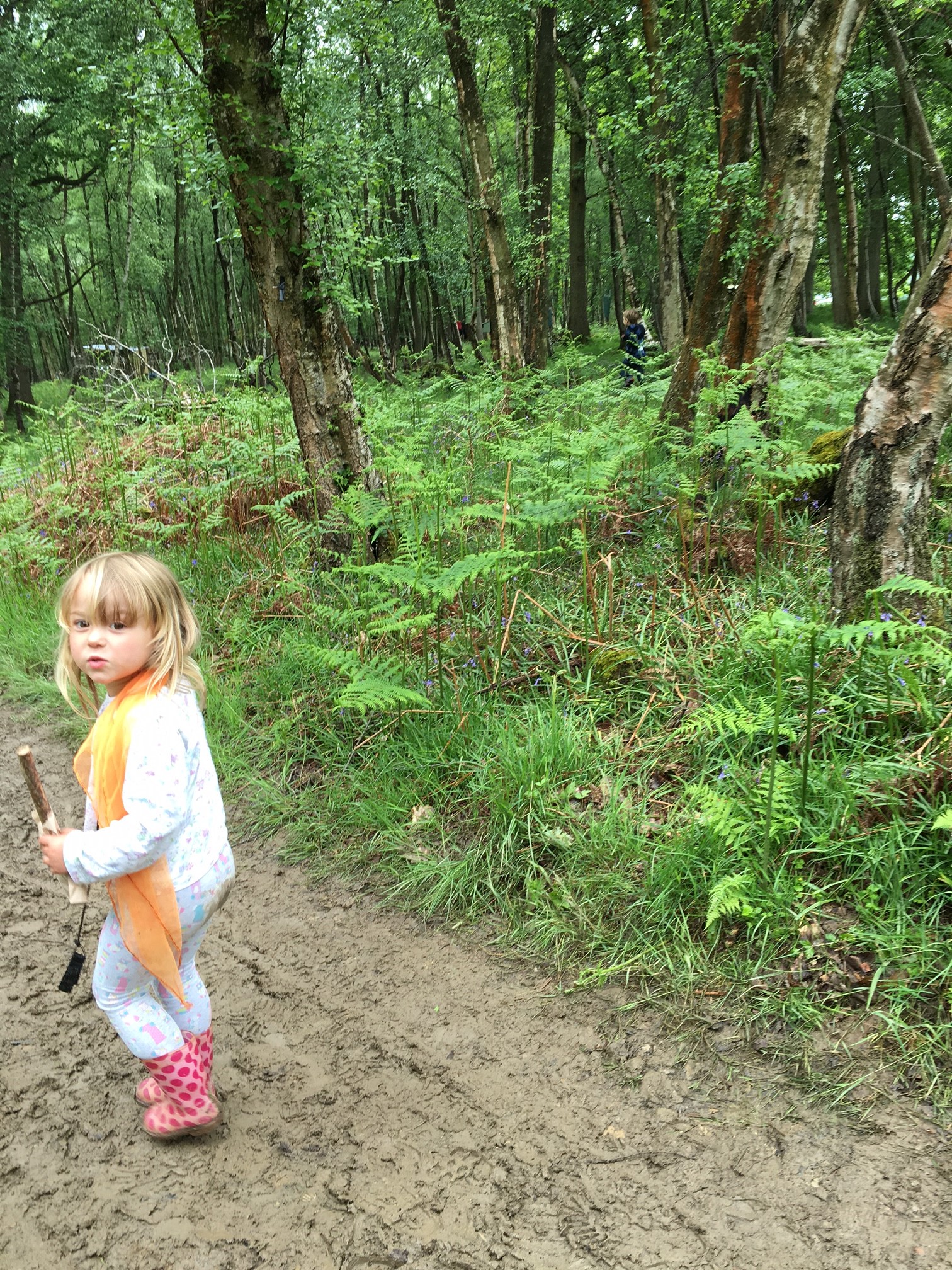 Having attempted Glastonbury solo with a nine month old before and finding it pretty bloody challenging, and also going to loads of different ‘family friendly’ festivals with the kids over the years, in Elderflower Fields I’ve now found exactly what I’m after. Entry onto the Sussex site on Friday was simple – no traffic, no queues, no jobsworthy stewards – just lots of smiles and helpfulness all round, and there was plenty of camping space for everyone too. The genius organisers had even hired a fleet of quite large golf buggies with trailers to ferry festival goers and their stuff from the car park to the camp sites, and these continued running throughout the weekend, transporting weary legs (both large and small) up and down hills, avoiding many a family meltdown I’m sure! 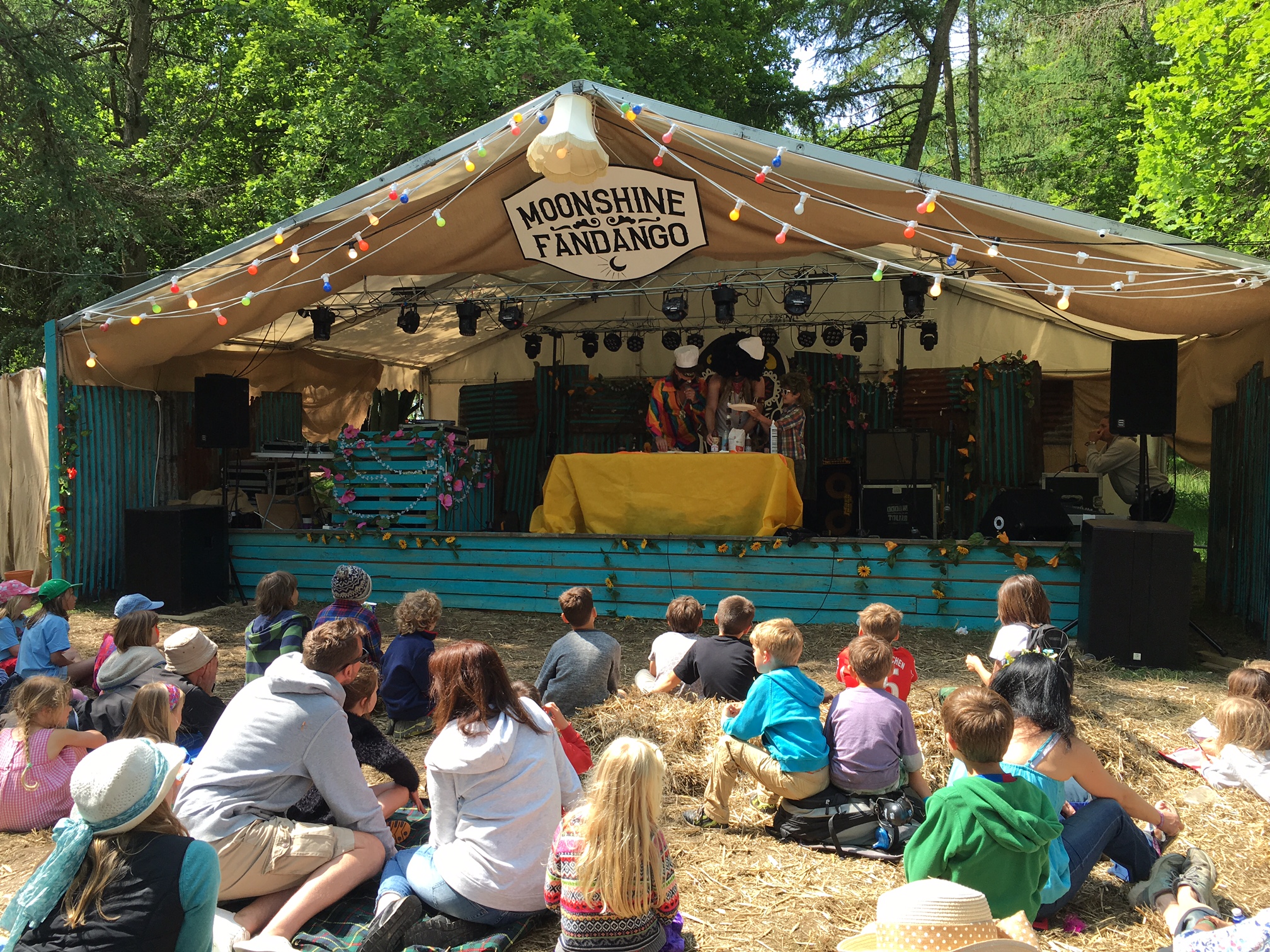 As a festival, Elderflower Fields has a little bit of everything – music, activities, sports, craft, food, films, getting back to nature – and not too much of anything. Most importantly, it’s designed around each member of the family having fun, which means, not just making sure the kids are engaged and happy, but giving mum and dad a break too by literally taking them off your hands for a couple of hours while kids of all ages attend Sports Camp and Arts Camp, giving you the chance to have a swift bevvie in the sunshine or an aromatherapy massage at the Woodland Spa. While my six year old son had the time of his life at Sports Camp, my four year old daughter and I roamed the forest doing an Enchanted Woodland Quest courtesy of Talking Trees, spotting hidden arrows and learning all about the magic of the woods. 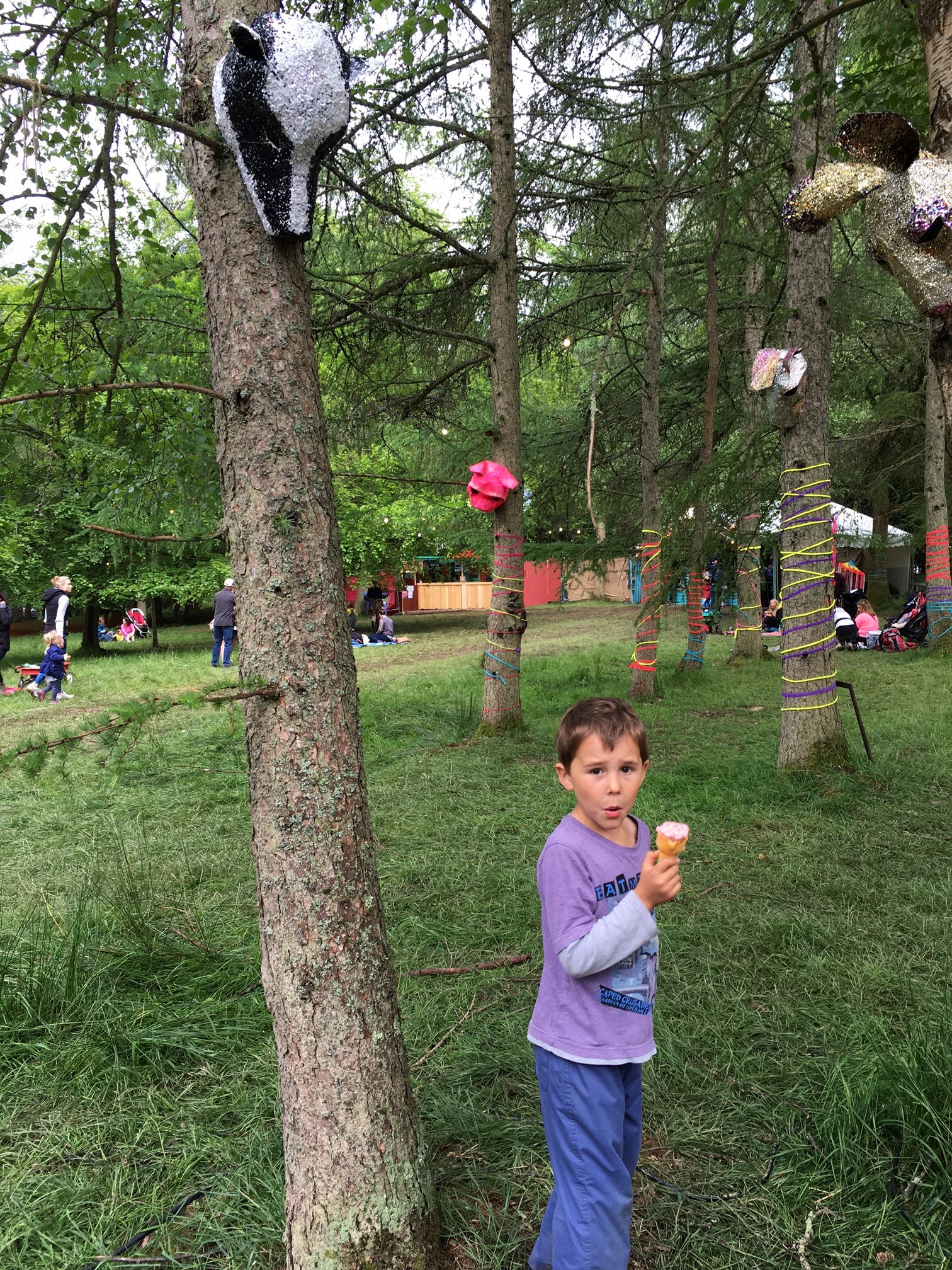 And do you know what really shocked me? All of these activities for kids were free and included in our ticket price. Not once did my six year old son pull repeatedly at my trousers begging for some money for the rock climbing tower or my four year old daughter cry because I said she couldn’t have a fairy wand. He lined up and climbed… and then we made a fairy wand together for her to take home. Some of the sessions were pre-booked beforehand, while others were drop-in, but all looked like total fun and options included archery, mountain boarding, fencing, dodgeball, lacrosse, martial arts, kayaking, nature walks, painting, drawing, music making, foraging walks, skateboarding, scooting, beach rugby, parkour, slacklining, yoga, tree climbing, rope swings, bird walks, orienteering, science workshops, disc golf, pond dipping, mud monster making, nightjar walks and mud hut building. 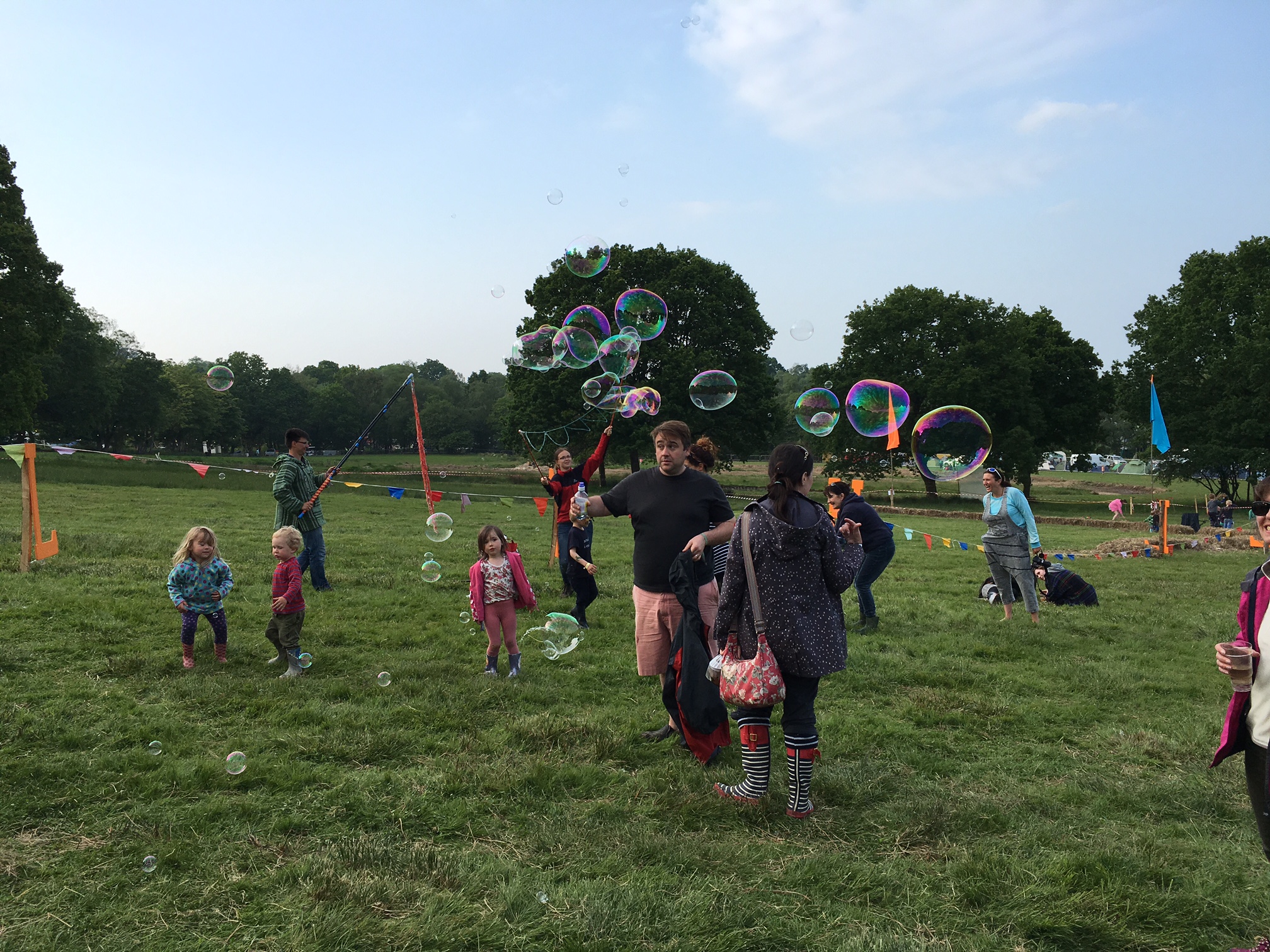 Categorising Elderflower Fields is a bit tricky. It’s probably not what I’d call a ‘music festival’ ­– because it's much more than that – but there’s still plenty to get aurally excited about. We arrived lateish on the Friday night, so unfortunately missed Gaz Brookfield on the Dragonfly stage and Ben Ottewell on the Woodland Stage, but managed to catch the end of beatboxer Shlomo’s set, where he looked genuinely chuffed to be there and lifted the crowd vibes massively in the process. On Saturday we managed to catch vocal percussionist Randolph Matthews, and while my knackered four year old had a sleep in the tent, I listened to Mr B the Gentleman Rhymer’s unique brand of ‘chap hop’ from afar while he over-pronounced his vowels in a medley of ‘90s indie covers which included classics by The Stone Roses, James, Primal Scream, Inspiral Carpets, EMF and The Soup Dragons, and then my personal favourite, his self-penned track ‘We Need to Talk About Kanye’. Sunday morning came kicking and screaming into existence with the help of Raoul and Hectore’s Great Latino Bakedown on the Moonshine Fandango stage and descended pretty quickly into a good old fashioned British/Spanish/Central American musical custard pie fight, which was great fun for both small kids and big kids alike. 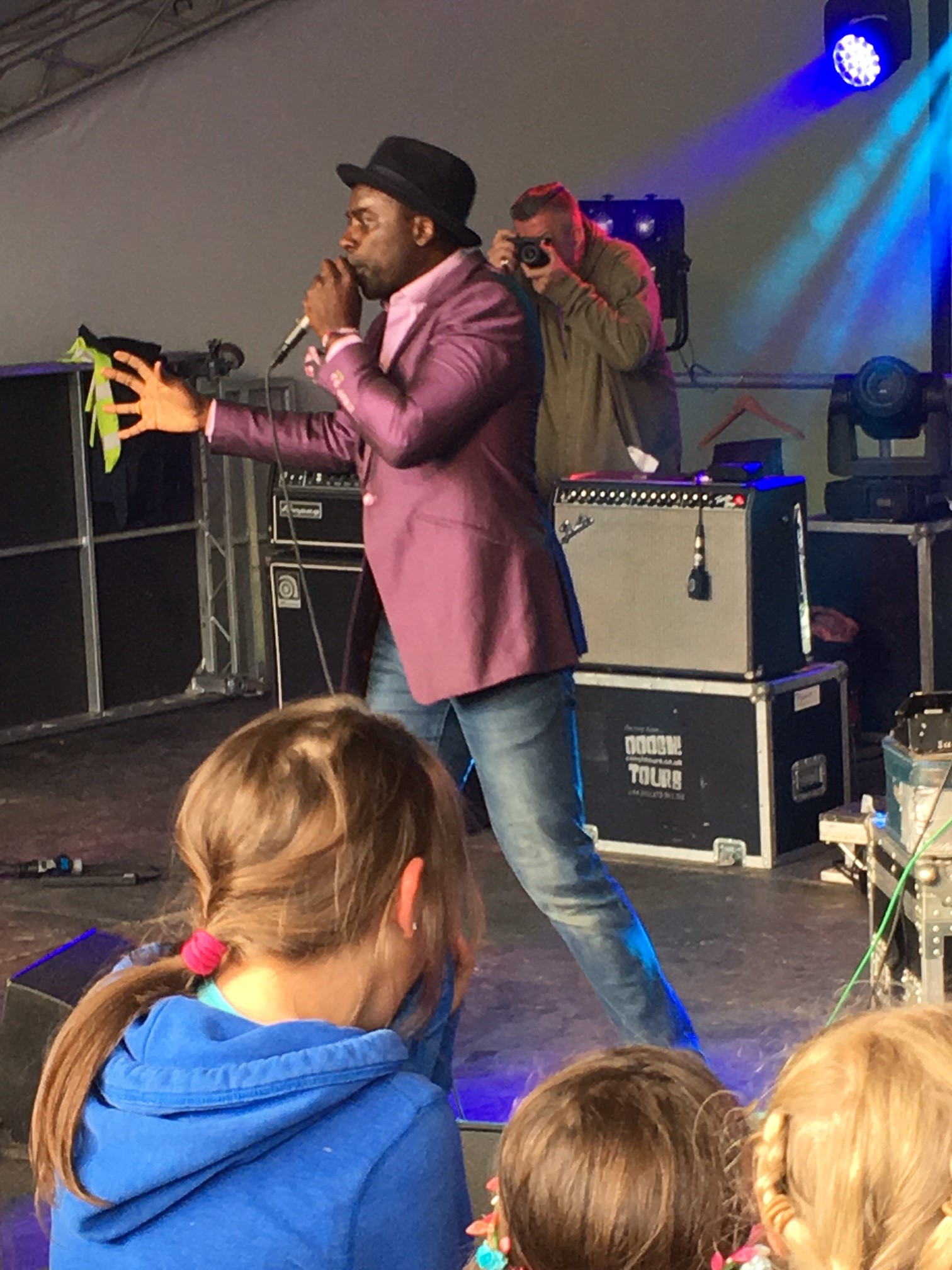 Sunday lunchtime saw the Dragonfly Stage become a sea of picnic blankets ready for the now legendary So Sussex Family Picnic ­– a free picnic provided to groups of 12 ticket holders of locally sourced Sussex produce, including bread, pesto, hummus, chilli jam, cheddar cheese, smoked venison, mackerel pate, sausage rolls, olives, chocolate cake and more. We had a great time catching up with friends, and making new ones, while listening to the feelgood reggae vibes of the Resonators in the blistering sunshine. 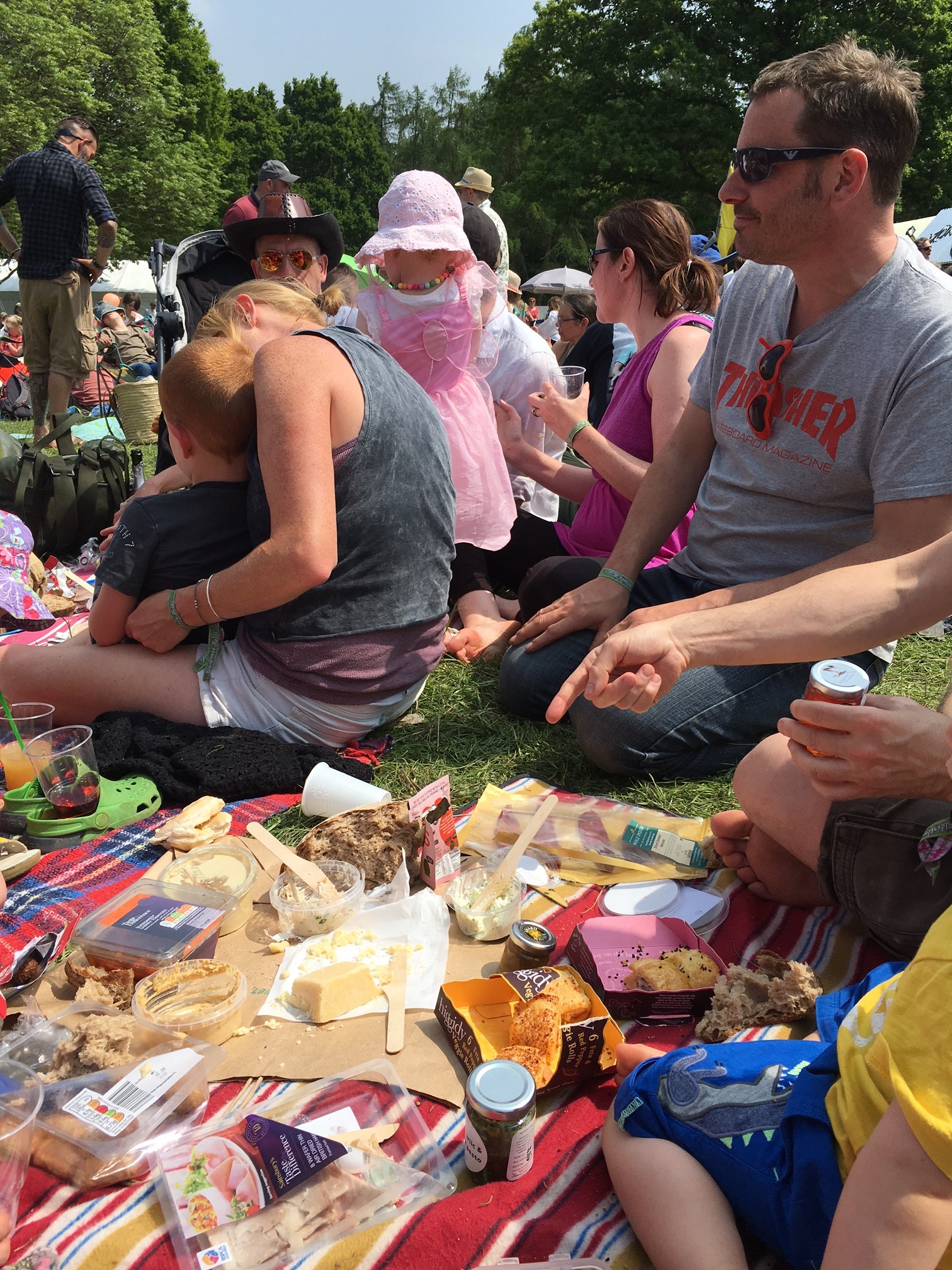 So all in all, Elderflower Fields has raised the bar for what I now want out of a family festival – it has to be varied, not too big, fun for all ages, have activities included in the ticket price… and most of all, be easy. In fact, the most difficult part of the weekend for us was leaving. I’d call that a massive success!

Review and photos by Maddie Sinclair. 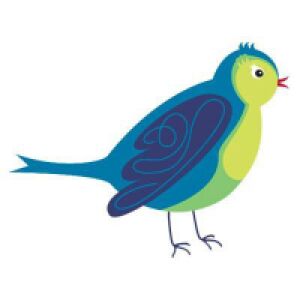