This year’s Download festival began with high hopes and didn’t disappoint, the thousands festival goers were treated to the full range of music through the genres of rock, plus some dub step and folk!

Thursday is the fans day, or should we say “Boardie Day” first off is the BBBQ which is put on by Live Nation (organised by the forum administrators) as a thank you to the online community who provide feedback and suggestions for Download, festival director John Probyn credits the community with a lot of the improvements that have happened over the years. The order of the day is burger, beer, music, speech and more music, the burgers are huge and freshly cooked, the beer is supplied by drink sponsors Turborg, the speech is given by John Probyn himself there is even time to give out some goody bags to a few of the boardie’s. The music is provided by Fallen Fate who rip the though a fast and furious set much to the delight of the crowd.

The latter part of Thursday sees the Boardie takeover in the campsite village, the doghouse is put in the hands of the boardies who supply the bands, DJ’s, photographers and reporters (all active forum members). Live Nation really have given the fans the chance to run a little bit of Download and the response from those not involved in the organisation of the takeover respond.

Kellermensch – Red Bull Stage
Some bands just have you transfixed, from the opening melodies it was impossible not to stop, stare and listen to Kellermensch. Visually they are a mixed up bunch, but musically they work so well together. The bassist walks around his very own catwalk playing chords with very little effort, it’s almost like he’s from another band, and with two singers who have very different styles it makes you wonder where they are going or even where they have been.

MakethisRelate – Red Bull Bedroom Jam Winners
Makethisrelate bounce on stage with the energy you would expect from a pop punk outfit and launch into their set with great passion for their own ability. Plenty of guitars and drums make them a sure fire hit with the young crowd that are gathered, mostly from their home town of Glasgow but after all this is Download and they have earn’t the right to play.

Duff Mckagan’s Loaded
Duff’s an icon in the world of rock, he and his band don’t need gimmicks they just need the sound tech to turn it up to 11. The band start with Dead Skin of the new album The Taking, which is a much heavier offering than Sick. They blitz though the set playing tracks from The Taking, the highlight being “kings of Abaddon” a heavy grinding song very well suited to Download, Duff praised the crowd and the spiritual home of rock Donington saying it was “the mothership of rock” he even had time to play a GnR classic in “it’s so easy”. Come back soon Duff.


Black Stone Cherry
What can you say about the southern rockers, they have stage presence, they have seriously rocking tunes and they genuinely want to play their music to you. Chris Robertson is a great front man, his voice can cut you like a knife or can wrap you in cotton wool and this works so well with the music the band plays. The set list is made up from the new album “Between the devil and the deep blue sea” and the two previous offerings. White trash millionaire is their latest single and is such a bang crashing son of a bitch song that it really gets the crowd banging their heads in delight, the highlights of the set are the outstanding “Maybe Someday” a cover of Adele’s “Rolling in the Deep” and the fantastic “Lonely Train”. These guy’s will headline Download one day, well we hope so anyway.

Alter Bridge
Playing their 4th Download Festival, Alter Bridge are one of those bands that can fit into a soggy paper bag and deliver a faultless performance, the rain had just started during the opening chords of the opening track from ABIII “Slip to the Void” but it did not dampen the crowd or the band one bit. Myles Kennedy played such a huge roll in Download last year that he and Alter Bridge have gained many new fans over the year, he got proposed too (via a poster) but more to the point they have gained fans because of their music. Stopping to chat between songs such as “white Knuckles”, the haunting “Ghost of Days Gone By” and the immaculate “Isolation” Myles really is a great front man and with Creed behind him Alter Bridge really are a great band.

Skindred – Jagermiester stage
One of the must see acts of the weekend Skindred headlined the acoustic stage, and managed to get themselves a pretty big crowd. Waiting to see what the band had to offer the crowd were in good spirit so when Benji and Mickey took to the stage they received a huge cheer. To say Benji Webb is the best front man in Rock is an understatement, he has the crowd eating out the palm of his hand while he sings his songs in his style. Songs such as “Trouble” and “Nobody” will always survive the  acoustic treatment with Benji enticing the crowd to do the acoustic mosh or the wall of death, but “Cut Dem” from the new album “Union Black” was just pure brilliance. It was the first time that I have seen crowd surfing to an acoustic set, not too sure if the security guys were expecting it.

The Darkness
Oh how we have missed The Darkness, they have been gone too long and they know it. The stage is set, BANG the pyrotechnics explode with fire  bringing great applause and whoops of delight from the many thousands of fans that have descended on the main stage to watch the return of Lowestoft’s finest. Justin’s energy is only matched by his outlandish skin tight lycra trousers and dodgy moustache, he bounds around the stage while the band rip through their set. With such classics as “Black Shuck”, “One Way Ticket” and “Love is Only a Feeling” The Darkness make sure the crowd are doing their bit by singing and clapping along at every opportunity. Being given the opportunity to sing “get your hands off my woman” is a highlight for all the males in the crowd – where else can you sing those words in a very high pitched tone? Rounding off the set are a couple of gems in “I believe in a thing called love” & “love on the rocks with no ice” and much, much more fire and bangs and streamers and claps and whoops. The Darkness are back and we know it.

Pendulum
With the stage set higher than for other acts, Pendulum seem to be playing from the 2nd floor of a tower block tonight. With the light dimming and the stage lights turning a deeper shade of red they launch into “salt in the wounds” which sets the pace for tonight’s show and the crowd are not disappointed. “Showdown” followed be “Witchcraft” followed by “Set me on fire” the beats are relentless, living up to their name the crowd are flowing side to side with every second beat. Pendulum really do know how to keep the party going, “Propane Nightmares” quickly followed by “Blood Sugar” keep the crowd bouncing, if you have never experienced the point of total exhaustion, speak to the people that were in attendance tonight they will tell you all about it. Watercolour finishes proceedings, while the band take the applause that they truly deserve, the crowd are left to ask “when are they playing next”? 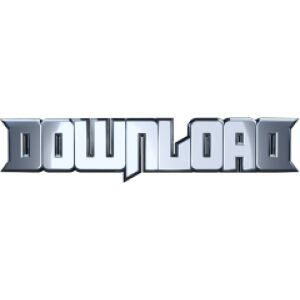