The distinguished gent of the Cotswold festivals, Cornbury Festival, announces further line up additions and have now confirmed that this year will be its last.

To celebrate this final goodbye, the majority of acts on the 2022 bill are returning festival favourites. Joining the heavy weight line up of headliners Bryan Adams, James Blunt, The Darkness, The Waterboys, Ronan Keating & Jools Holland will be Mica Paris, The Magic Numbers, Altered Images & The Christians with the usual tasty selection of folk, blues & alternative artists such as Alice Russell, Get Cape Wear Cape Fly, William The Conqueror, Ferris & Sylvester, Andy Fairweather Lowe, Amy Montgomery, Beans on Toast & many more.

Loved by locals, Cornbury is one of the longest running festivals in the heart of Oxfordshire, attracting 20,000 people each year for the last 17 years, retaining the friendly community atmosphere of a village fete, that just happens to have some of the biggest international names in music performing on the main stage. Known to be one of the safest festivals in the UK, with entertainment for all the family, its musical heritage is one of all round appeal, suited to all ages and tastes, which is what has given the festival its loyal and long-standing reputation in its beautiful Cotswolds setting. 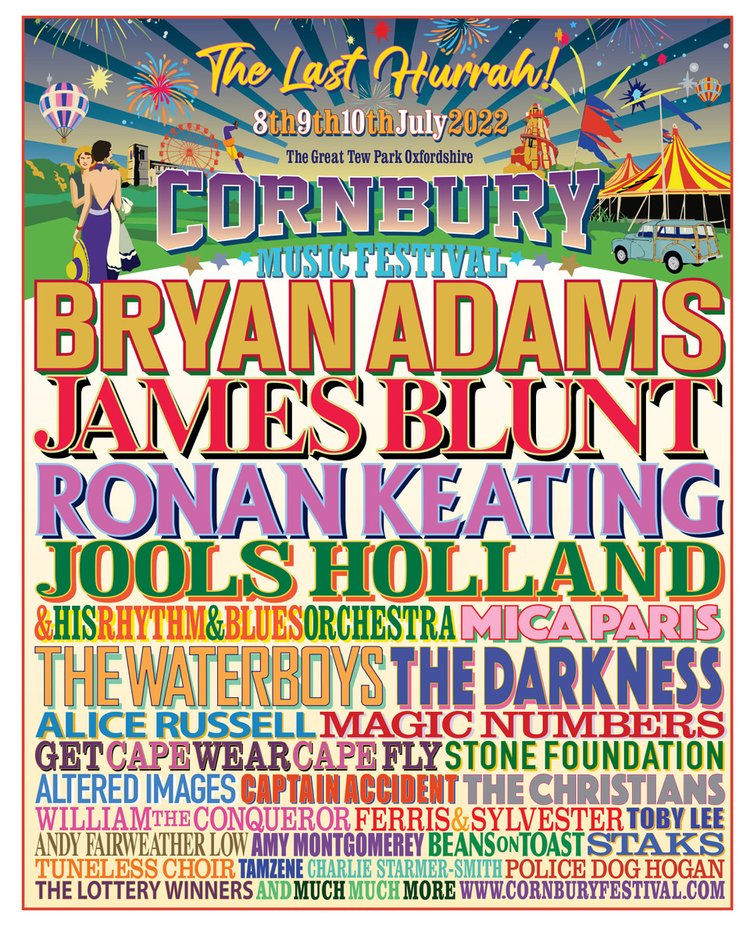 Starting in 2004 at Cornbury Park and moving to Great Tew in 2011, Cornbury has produced a host of amazing headliners including; Amy Winehouse, Joe Cocker, Elvis Costello, Robert Plant, Paul Simon, The Faces, Ray Davies and many, many more.

Hugh Phillimore, the festivals Independent promoter has this to say on the festivals final event “2017 had been intended as our last festival, but our customers encouraged us to continue, so we did! However, having to postpone the festival in both 2020 and 2021 due to the pandemic has taken its toll and we have had to move on.  We couldn’t leave without one last farewell, so, there will be fireworks, there will be feasts and there will be tears before bedtime, but we intend to make this year one hell of a party as we plan to go out with a bang!”

Cornbury Music Festival runs from 8-10 July at Great Tew Park, near Chipping Norton, Oxfordshire.   For tickets and more information see the Festivals For All listing HERE. 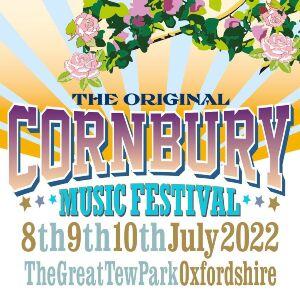