Weekends seem to arrive so suddenly and disappear at the same alarming rate. This makes deciding what you what to spend your time doing that bit harder as each week goes by. Festivals can provide the perfect setting by enhancing relaxation, great entertainment and allowing you to spend time with your family and friends in a fun, good-natured environment. Caught By The River Thames achieves all of the above and more, offering all the key ingredients essential for leaving attendees feeling fulfilled. 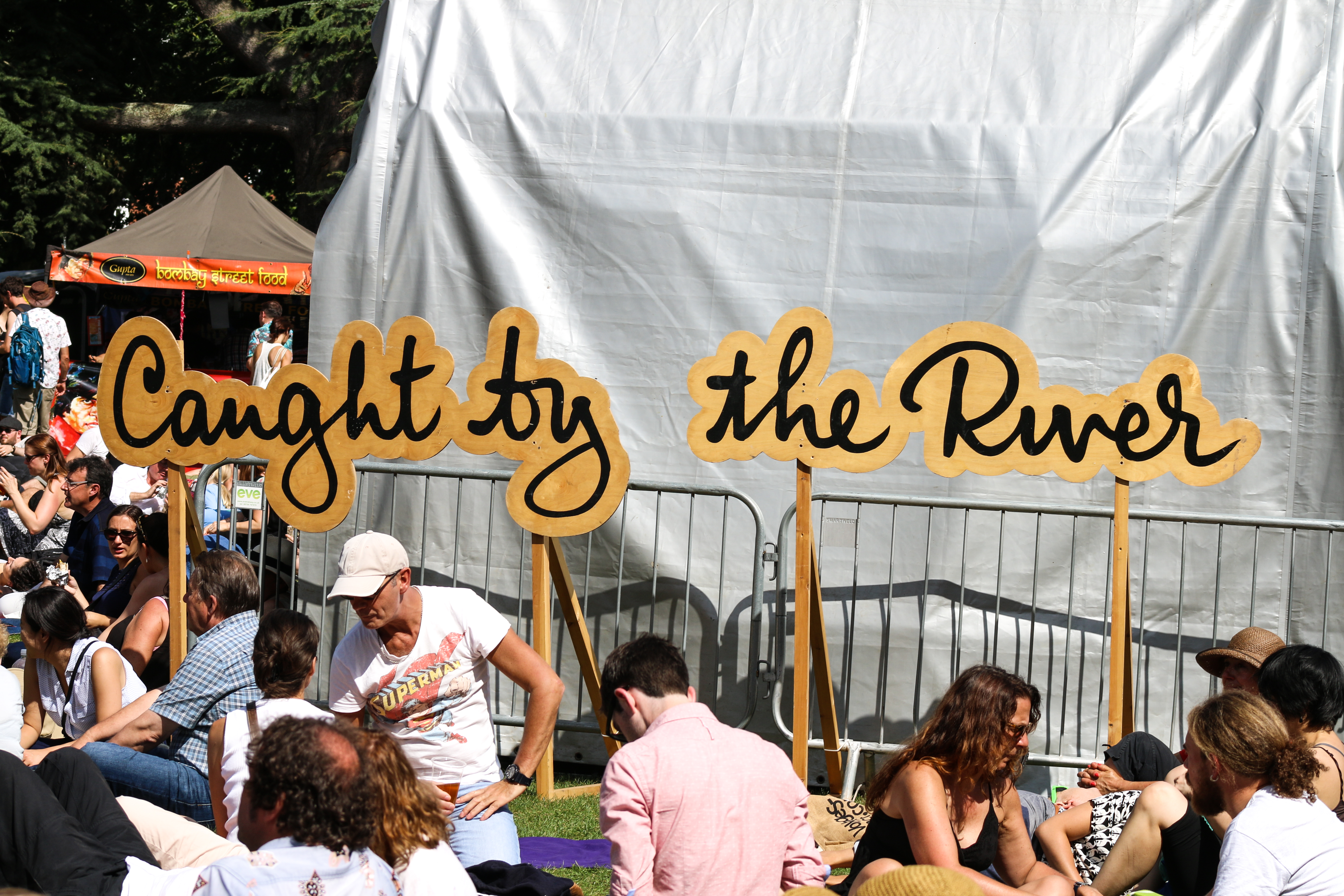 The initial feelings as you walk through the gates are ones of warmth, tranquility and beauty. Being held in the gardens of such well known landmark gives the event an edge, with integration of the great hall and walled garden enabling the audience to savour something disparate to the standard grass-sitting escapades of old. Unlike Caught By The River Thames, Fulham Palace is steeped in rich history, but there’s no doubt that Jeff Barrett and his team have created a festival guaranteed to stand the test of time.

Whilst being a little smaller that some other London festivals, the minimalist approach actually suits the grounds, making it seem like an elaborate garden party rather than a large scale music event hosting many well established and respected acts. The confined nature of the site combined with its isolated location created a close-knit feel, encouraging strangers to talk to one another, most having brought the rest of the family to revel in the sunshine. It was impressive how minor details had been thought about to ensure everyone felt included, with gluten-free options available on everything from mead to ice-cream cones. 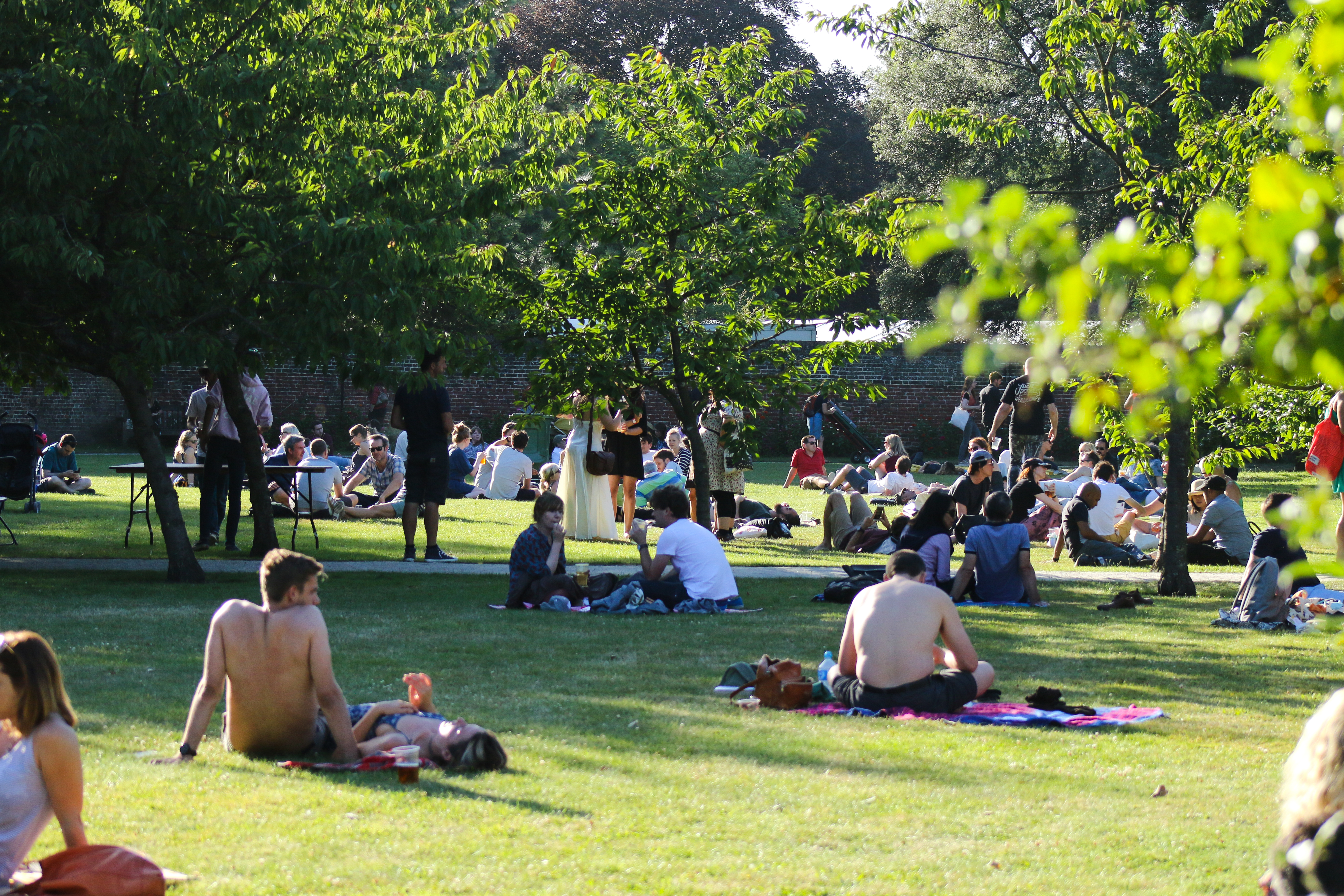 Something else that shone through was the events independence, with plenty of support shown to local businesses such as Simple Things Magazine,a local farmer selling organic fruit/veg, and a nearby café selling Sri-Lankan Rotti. Volunteers dressed up as bumble-bees buzzed around chirpily, constantly posing for pictures and leading tours of the walled garden. Alongside them, the congenial event staff somehow kept the lawn completely free of litter. The organisers obviously knew what they were trying to achieve, and to me, it looks like everything went according to plan.

First up on the Saturday were Imarhan, the Algerian desert-rockers drawing similarities to a Tinariwen on steroids. The middle eastern vibes enhanced the summer feeling most were experiencing, given the sun was beating down harder than it had for many weeks. I have to say we were a little late to the party, as my geographical skills proved once again the bane of everyone’s life. Quick tip, even though the festival was being held in the grounds of Fulham Palace, head to Putney Bridge and not Fulham Broadway. Saving that, it’s probably best just to check out the official website, as it was fantastic in providing all information required.

Once settled, we grabbed a serving of gluten-free mead from the wonderful Gosnells, then went for a walk around the site. The walled garden boasted plants of immense colour, and it proved to be the perfect spot to vacate to when feeling a little warm, with the surrounding walls providing that much needed shade. Next up, we ventured back over to the great hall, which housed a café and also some installations illustrating the history of the palace. It didn’t take long to appreciate the building’s elegance, and reaffirmed my initial thoughts, that Caught By The River Thames had found a very special venue in which to host the event. 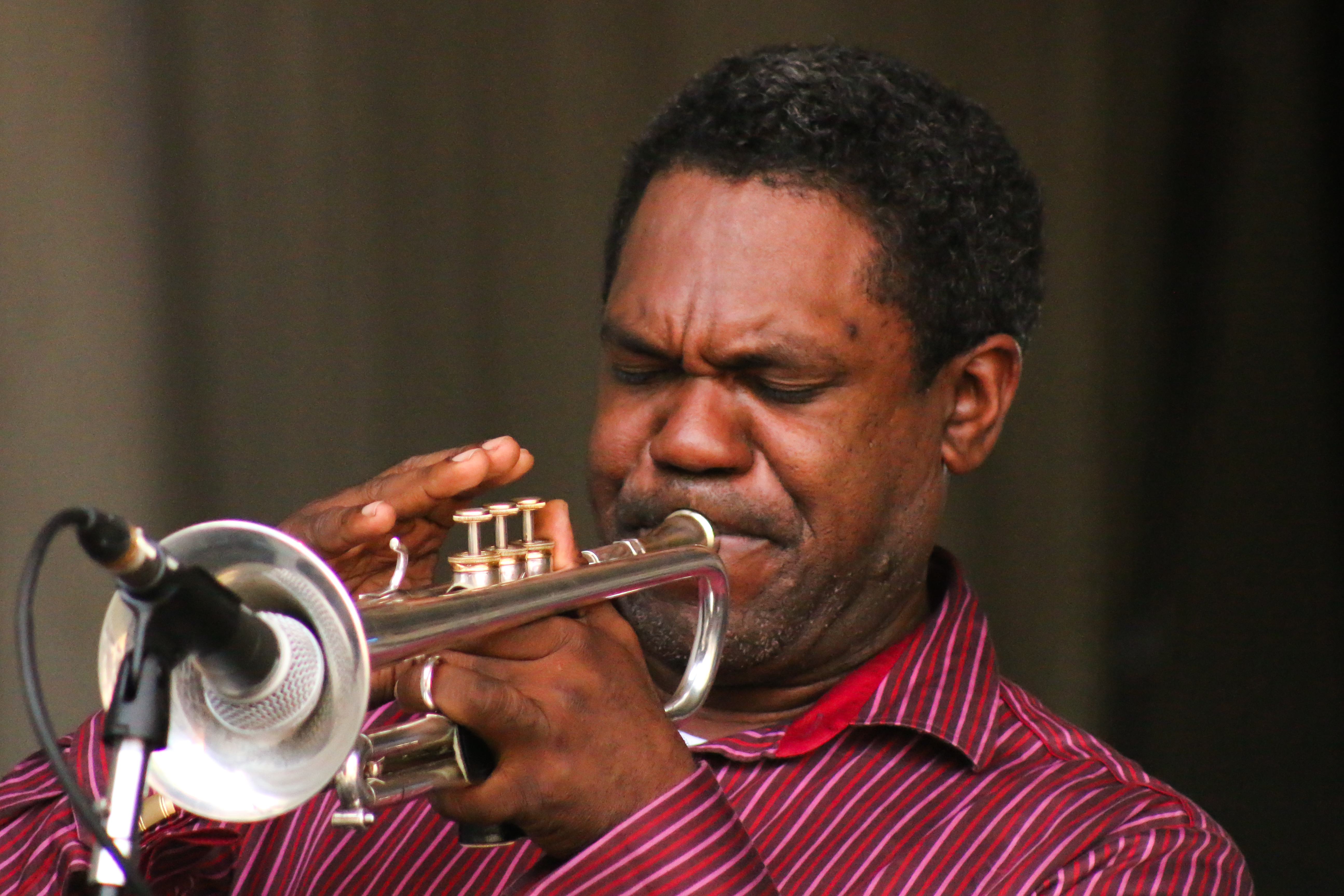 Returning to the stage, we caught glimpses of Ryley Walker, who offered the perfect acoustic soundtrack to a lazy afternoon in the sun. After this, Mulatu Astatke, known as the father of ‘ethio-jazz’, took to the stage with an array of extremely talented musicians, enthralling watchers with a complex, yet easily-appreciable set.

Beth Orton and Low were the last two acts of the day, and both gave very honest and humbling performances. The latter in particular captivated the crowd, delivering strong vocal led classics layered with fuzz guitar and simple, yet effective instrumentation. I came away feeling pretty happy given that they played ‘Breaker’, which is hands down my favourite Low track.

On exiting and re-entering the festival, we were greeted with smiles from the friendly staff that made the weekend that bit more enjoyable. Losing no time in settling back into the rhythm of mead and sunshine, we witnessed a lively set from the Llaregub Brass Band, who as tribute to the days headliners, played ‘Mong’ from start to finish. Interpretations of the songs came in varying forms, including one played in the style of a Bavarian waltz. After their set, we had a quick glance in the Faber Poetry Chapel, which had plenty to offer in the way of spoken word. The day, if you haven’t guessed already, had a Welsh focus, with most of the acts playing originally coming from that part of the UK.

It was refreshing to see so many ‘in conversation’ slots spread out across the weekend, as they can give delightful insight into both individuals involved. It came as no surprise that silence gripped the main stage when Lauren Laverne hosted an in-depth chat with wildlife enthusiast Chris Packham. The Springwatch presenter gave us a guide to everything he had experienced whilst growing up, giving honest recollections and insight into Aspergers syndrome. The discussion is sure to have inspired a lot of the audience, given the challenges faced by Chris throughout his life. 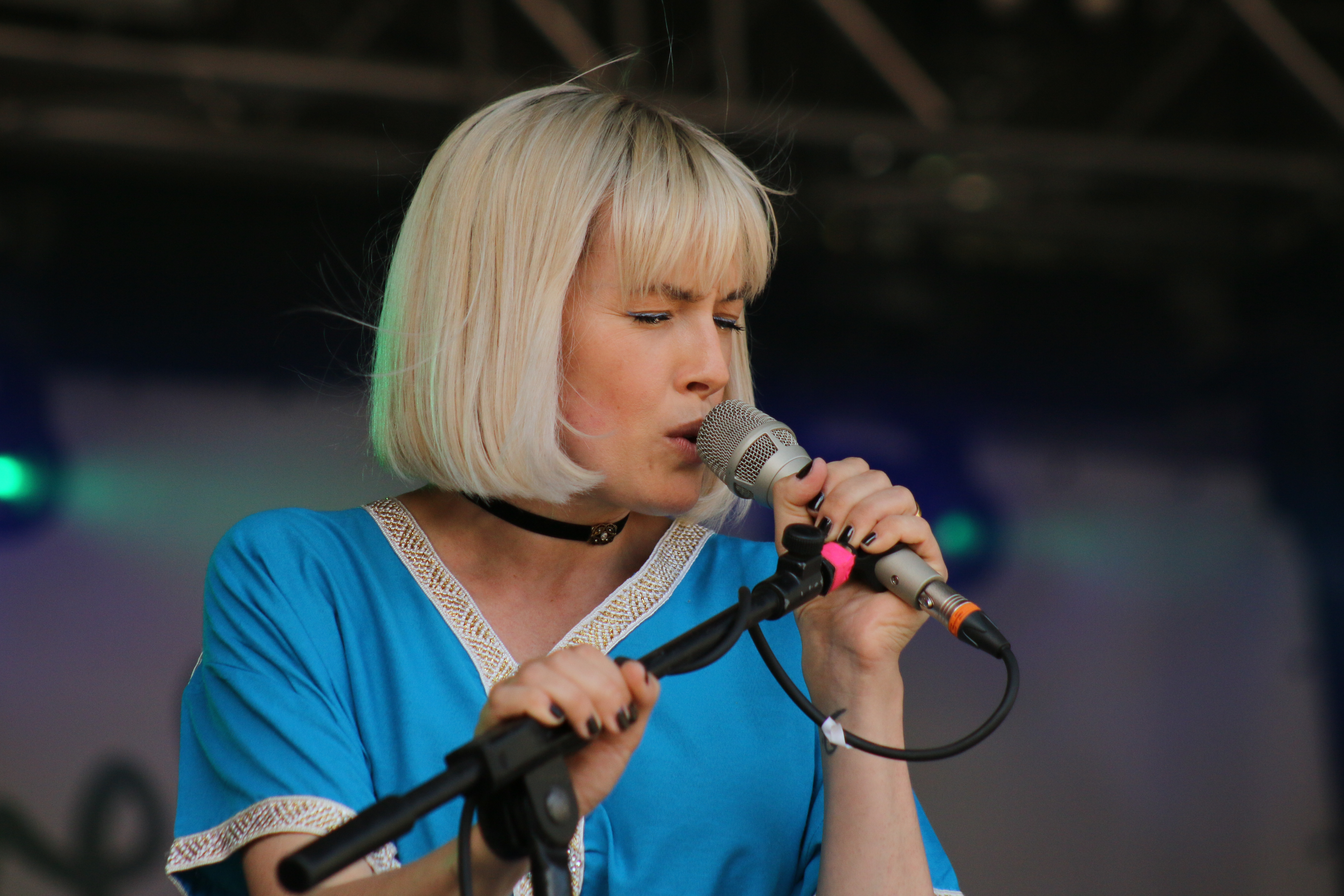 Next up were Gwenno and Temples, both of whom are relatively new acts, but neither showed any signs of inexperience. The crowd watched intently whilst both generated the weird and wonderful sounds associated with their respected genres, and both seemed incredibly grateful to be given the chance to play. These two acts proved that the there was a fantastic musical blend in terms of variety, with the festival supporting acts both young and old.

As the crowd gathered and waited patiently, you could hear many excited murmurs about the soon to appear headliners. It was evident that the the Super Furry Animals were a major pull for a lot of attendees, and they sure did not disappoint. Gruff Rhys donning a Power Rangers helmet near the beginning of the set kept the crowd engaged, and everyone would have gone away feeling well entertained. 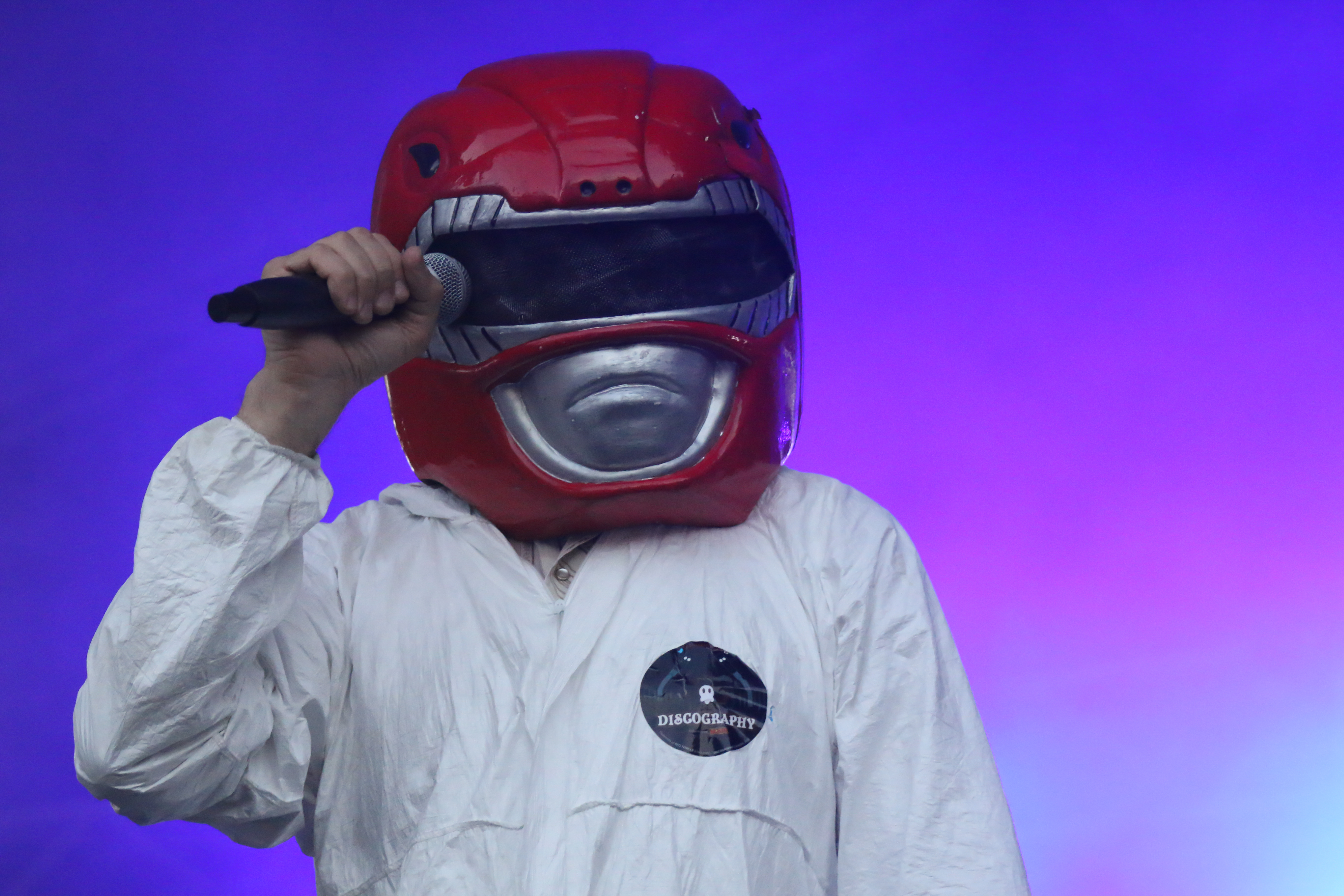 If you fancy a weekend of music, poetry and relaxation, then Caught By The River Thames is most definitely for you. You’ll come away feeling reenergised, having eaten a range of wonderful food, as well as witnessing a vast array of entertainment. The environment was perfect for all ages, and I’m sure they’ll be high demand for the festival to continue beyond its first year having achieved what a lot of people can’t, getting things spot on first time around. 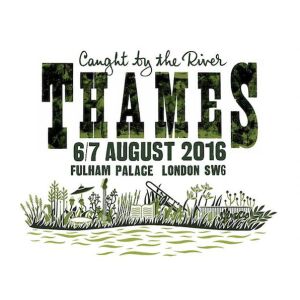 Caught By The River Thames 2016

Caught By The River Thames 2016