With just 35 sleeps to go until we throw open the gates of Lulworth Castle for our fifth Camp Bestival, we’re all aquiver as excitement builds to fever pitch and Josie & Rob da Bank and their trusty crew put the final touches to the ultimate family festi-holiday experience. As well as a wealth of wondrous music from the likes of Happy Mondays, Hot Chip and our Saturday Night Fever disco extravaganza with Kool and the Gang and Chic, plus Rolf Harris and Rizzle Kicks to boot we also have a staggering array of magical treats with 100s of Free Things for Kids, that will keep your young whippersnappers smiling all day long!


Rob da Bank says: “I can’t believe how much amazing stuff there is to do at Camp Bestival this year! From bouncy castles to UV bubble bikes and beyond you won’t know which way to turn but you’ll never run out of fun!”

There really is so much to do at Camp Bestival you’ll be spoilt rotten for choice every single day. Some of the major highlights of this year’s 100s of Free Things for Kids include:

1.    Camp Bestival Panto - we’re thrilled to be presenting our first ever panto; ‘Beauti and the Beast of Lulworth Castle’.
2.    Comedy Club 4 Kids – Otter-ly fantastic comedy just for the kids!
3.    Daemon or Doppelganger? – The brilliant clay self-portrait workshops return to Camp Bestival for the fourth year to give you a wonderful mucky time! Get your hands dirty and let your imagination run free with the clay, you never know what might appear... surprise yourself!
4.    Dick and Dom - we can’t wait for the mainstage return of those loveable rogues Dick and Dom with their own special brand of madcap mayhem.
5.    Mr Tumble - The return of the legend.
6.    English National Ballet Workshops - Coming to Camp Bestival for the fourth year running, with a once-in-a-life-time opportunity to learn from the masters.
7.    Freestyle Sports Park – Expect awesome demonstrations from some of the finest extreme sports stars around and try your hand while you’re there.
8.    Fantastic Mr Fox Opera – An exclusive performance of Roald Dahl’s classic tale.
9.    Gideon Reeling present 'The Number 1 Seed' - an interactive theatre show weaving in you, the audience, every step of the way.
10.    Kid Carpet & the Noisy Animals show - Lo-fi electro-pop purveyor Kids Carpet has swapped his normal live show for the enchanting adventures of gorilla, bear, hedgehog and badger as they make friends, cause mischief, contemplate the world and finally rock out at the grand dance contest.
11.    Medieval Jousting - No castle is complete without its own Knights so we’re thrilled that the Knights of Lulworth Castle will be demonstrating their awe inspiring jousting.
12.    Rob da Bank’s Music Club - Situated next to the Sports Park, The Rob da Bank’s Music Club Tent will be offering workshops and demos from our trusty volunteers and a host of celebrity DJs and Band members – all eager to show you their tricks of the trade.
13.    Roundhouse Street Variety Show - Featuring music, street dance, comedy, circus and theatre treats galore.
14.    Silly Sportsday with the Lost & Found Bluecoats - Our favourite professional wallies, Lost & Found, will be leading our Silly Sportsday action at Camp Bestival this year.
15.    Singalong with Shrek, Fiona and Donkey from Shrek the Musical - Following their hugely popular fairy tale debut at Lulworth Castle last year, Shrek and Princess Fiona from Shrek The Musical are making a spectacular return!
16.    Square Peg Circus present Rime - Square Peg, seen last year in the Little Big Top, will be gracing us with their spectacular new outdoor show.
17.    Stefan Gates - The Gastronaut - Renowned for his love of extraordinary food, Stefan (award winning BBC presenter and writer) will be demonstrating his fantastic gastronomical stunts in the Little Big Top.
18.    The Bopps - Mischievous duo The Bopps are the masters of slapstick comedy and music for the nippers, but mums and dads might recognise Stan Cullimore, who was a founder of pop group the Housemartins!
19.    The Gruffalo Live - The Gruffalo Live show is back by unprecedented demand, with a magical theatrical adventure on Sunday morning on the Castle Stage.
20.    Truth About Youth - This year Oval House’s Truth About Youth London will be bringing their bus of tricks to Camp Bestival. As well as performances of Bussin’ it, their site specific show set over both floors of a double-decker bus, they will be running improvisation sessions, workshops on devising, script writing and dance.
21.    Videopia - an interactive movie making activity that casts, shoots and screens DIY tributes to Hollywood classics. Step aboard the vintage Bedford horsebox for the full silver screen treatment. Grab some co-stars, pick your favourite film and get suited and booted before acting your socks off in front of the camera.
22.    Wall of Death - Hold onto your hats! Joining us for the first time at Camp B this summer are the daredevil Hell Riders and their Wall of Death!
23.    Wookey Hole Circus - Wookey Hole Circus are all under the age of 18 and are an unbelievably gifted bunch making their Camp Bestival debut in 2012! From magic tricks, to cloud swing, aerial silk performances, unicycling, juggling and balancing acts, these youngsters will wow you with their fast, fun and furious antics.
24.    Watch the Olympic Opening Ceremony on a big screen – Catch the Olympics opening ceremony in all its glory.
25.    Fireworks Finale - The captivatingly coruscating joy of the Fireworks Finale on Sunday night has to be seen to be believed.


And that’s just the tip of the iceberg; see below for a list of more of the 100s of Free Things For Kids!

Age 11 to 17 Weekend Tickets must be accompanied by a Ticket holding parent, guardian or nominated guardian.  Full details below:

- A maximum of 4 young persons (aged 11- 17) per adult - MUST be accompanied by the parent, legal guardian or appointed guardian.

- All young persons (aged 15-17) MUST be accompanied by an adult over the age of 30 - MUST be the parent, legal guardian or nominated guardian.

- All young persons (aged 11-14) MUST be accompanied by an adult over the age of 26 - MUST be the parent, legal guardian or nominated guardian.

Student Weekend Ticket (inc. camping from Thurs or Fri) - £170
For full-time students only. Valid NUS or ISIC ID required at the box office - no other student ID accepted. 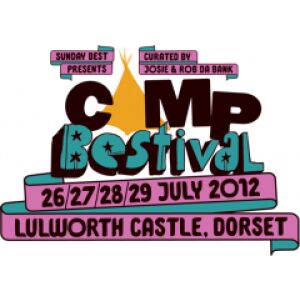