It’s Sunday lunch time on a bank holiday weekend but rather than sitting down to a leisurely roast dinner we’re debating whether or not to perform ‘The Lion Sleeps Tonight’ with a Live Ukulele Band. While headline acts and iconic venue choices may draw in the Camden Crawl crowds, niche events such as ‘Karauke’, swing dancing lessons and hula hooping performances certainly added a level of unexpected entertainment to the event while bringing the festival closer inline with its outdoor alternatives.

While some festivals take a while to get started, the quality of the comedy from as early as 2.30 on both Saturday and Sunday was of an impressive standard. ‘Lolitics’ hosted by Chris Coltrane at the Camden Head had a line up of Stephen Hill, Shit Theatre, and Sir Ian Bowler MP. The political comedy sketches were well received by the packed out crowd, particularly when Nat Tapley took on the persona of Conservative MP ‘Sir Ian Bowler’. On Sunday the Black Heart’s ‘Really Lovely Comedy’ took place with Patrick Monahan performing to an overflowing audience. While I had not had the opportunity to see Jim Campbell before his routine was exceptionally executed much to the enjoyment of the Crawl.

To match the quality of the entertainment were the legendary venues and the way in which they embraced the festival atmosphere. Our favourite venues of the weekend included Camden Gardens, Electric Ballroom, Wheelbarrow, and Koko. The Cuban was certainly the most uplifting venue throughout the weekend, the carnival like atmosphere encouraging people to dance from day into night – an attitude it would have been great to see at more venues in the early evening.

Although a number of bands performed throughout the afternoon, the music really came to life in the evening, the eclectic line-up spanning most genres and covering the majority of musical tastes. One band who tried to single-handedly cover all musical genres in their performance were Alabama 3, described on their website as ‘a pop band, a punk rock, blues and country techno situationist crypto-Marxist-Leninist electro band’.  It’s hard to put their performance into words but they did fill out the Electric Ballroom. Conversely the excellent Debukas performed a great set to a disappointingly small crowd at the Camden Rock. Veronica Falls displayed their popularity with the number of people queuing outside Barfly and Spector gave an incredible live performance at Koko, the set fronted by the exceptionally entertaining Fred Macpherson. Spector are most definitely ones to watch this year, as highlighted by the extensive number of festival performances they will be making up and down the UK.

For me it was the Futureheads who gave the stand out performance of the weekend. Their entirely acoustic set provided an unexpected twist that highlighted the exceptional musical talent of all four band members. Whether performing a barbershop version of Kelis ‘Acapella’, ditching a guitar for a cello, or inviting a choir on stage while singing a traditional folk song, it was great to see chart artists putting a risky twist on what would otherwise have been a conventional headline set. While it seemed to be a mixed reaction from the packed out Koko audience it will undoubtedly enhance sales of their recently released acapella album ‘Rant’. 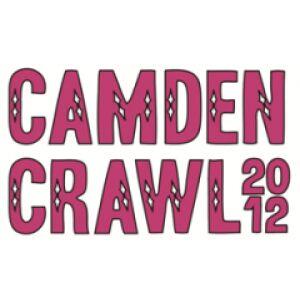