British Sci-Fi horror film ‘Pandorica’ to have exclusive pre-screening at SFW
Pandorica is an edge of your seat action horror that keeps the twists coming thick and fast.
Tweet

SFW have announced that the festival will have an exclusive preview screening of British Sci-Fi horror film ‘Pandorica’, the screening will be followed by a Q & A discussion with Writer & Director and cast.

The film revolves around the leadership trials of the Varosha Tribe. Eiren, Ares and Thade are all in line to lead the next generation of their people. They journey out of the safety of their home towards a dark forest miles away where tradition dictates a new leader will be chosen. Only one of them will return.

Pandorica is an edge of your seat action horror that keeps the twists coming thick and fast.

Written and directed by Tom Paton who has directed music videos for an array of artists including Flux Pavilion (Bass Cannon), Artful Dodger and Disclosure as well as a multitude of TV commercials. Tom is a regular feature writer for various internationally published magazines and is also a skilled video editor and FX designer. Tom has started his own sales and distribution company ‘The Film Label” which will give him the opportunity to curate fresh up and coming talent to a worldwide audience. 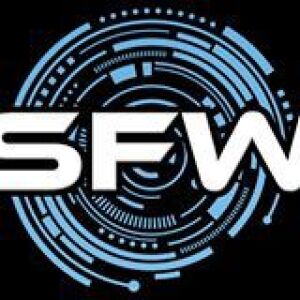