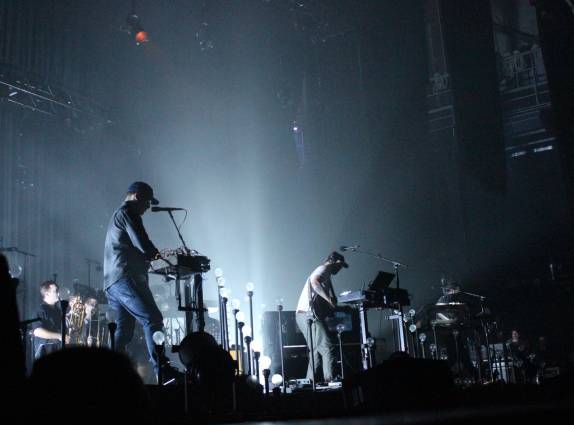 Joining previously announced headliners The Chemical Brothers at London's All Points East 2019 (APE) are the iconic Bon Iver in what will be the bands biggest headline show to date.

Since their 2007’s debut LP, For Emma, Forever Ago, Bon Iver have established themselves as one of the most ambitious, creative and genre-defying bands around – with two Grammy Awards and several BRIT nominations to their name.
Other artists joining Bon Iver on the 2nd June at Victoria Park are: Mac DeMarco, bringing his trademark ‘jizz-jazz’ and notorious stage antics, Sweden’s sisterly duo First Aid Kit with a pair of voices as pure as the Nordic air which shaped them. Also appearing will be John Grant who has rapidly built up a cult following, and is riding a wave of praise from his latest album,  ‘Love Is Magic’, Swedish singer Kristian Matsson AKA The Tallest Man On Earth has been regularly compared to Bob Dylan.

All Points East is a truly unique festival environment, an excellence in production, facilities, hospitality and customer service unlike anything seen before in Victoria Park will underpin the entirety of the 10 day event. 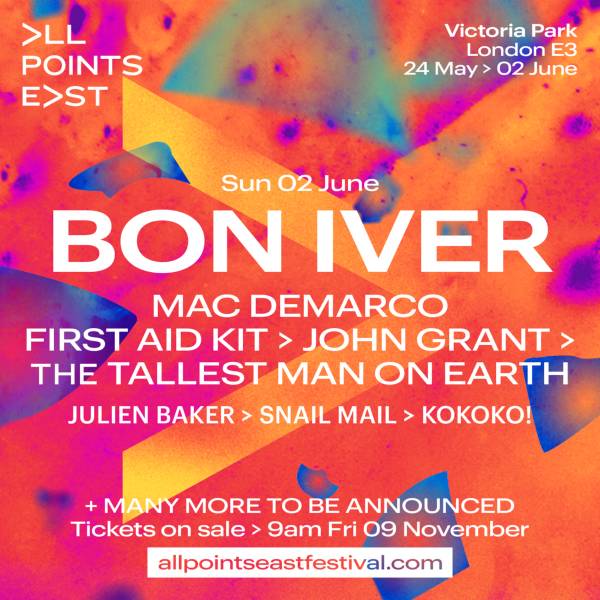 Tickets on sale from Friday 16th November at 9:00am, 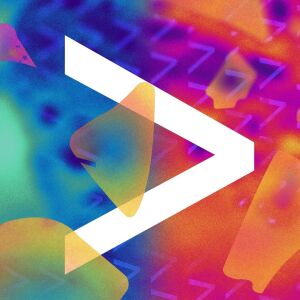