bluedot Festival was pretty much Christmas for me! I studied astrophysics and my most listened to album during my uni days was Moon Safari. So to see Air live at a Carl Sagan quote inspired festival was quite a treat. Even Johnny Marr turned up to watch them play with the telescope in view. 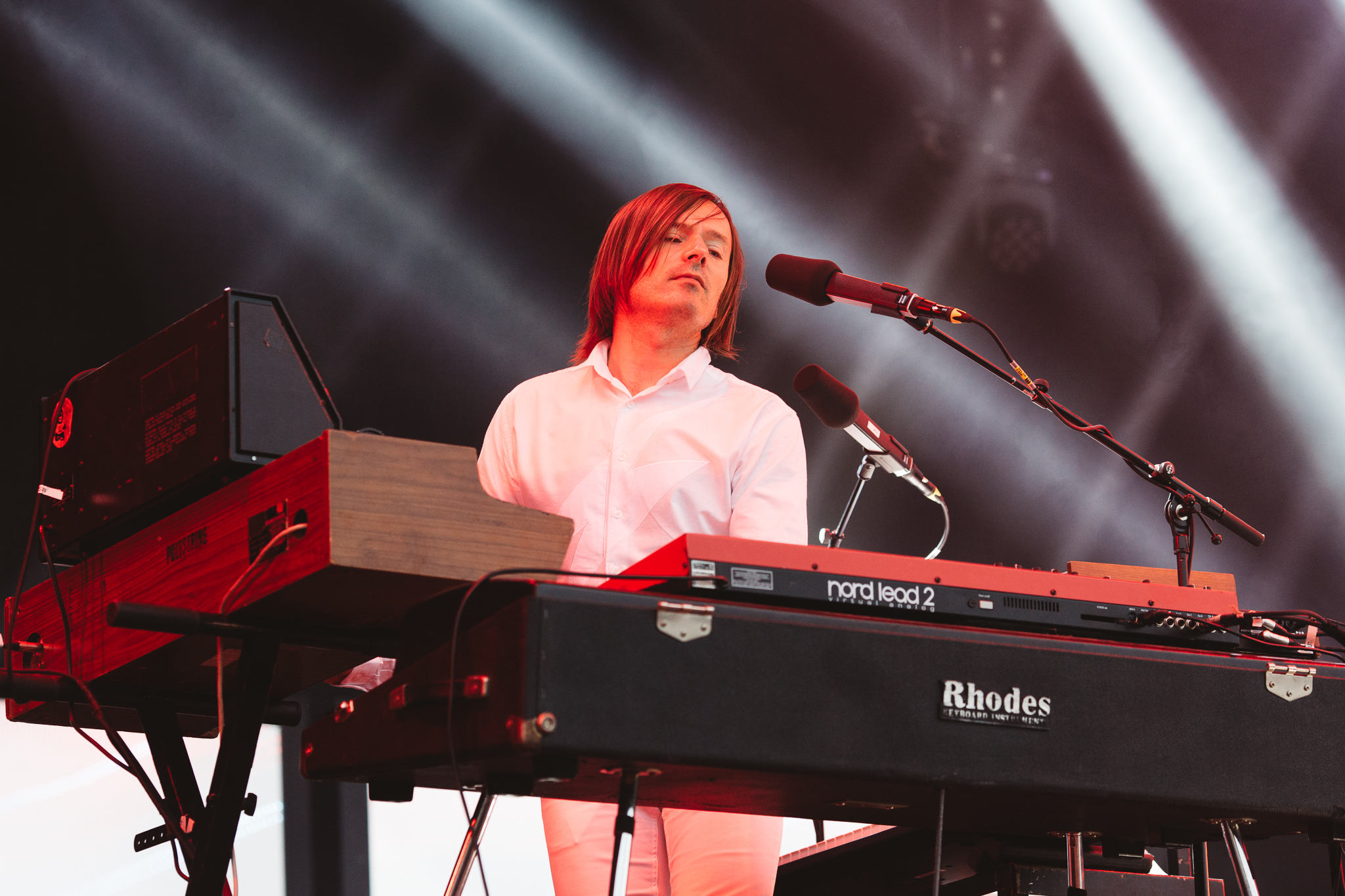 It was actually difficult to take as many pictures as usual because of the fascinating conversations I was having. The future of humanity, the Higgs boson, a philosophical look at what maths is and the massive amount of data the Square Kilometre Array radio telescope will deliver were some topics covered. Mark Riley didn't help either with his Sunday set of dance floor fillers, I can't walk away from Prince. 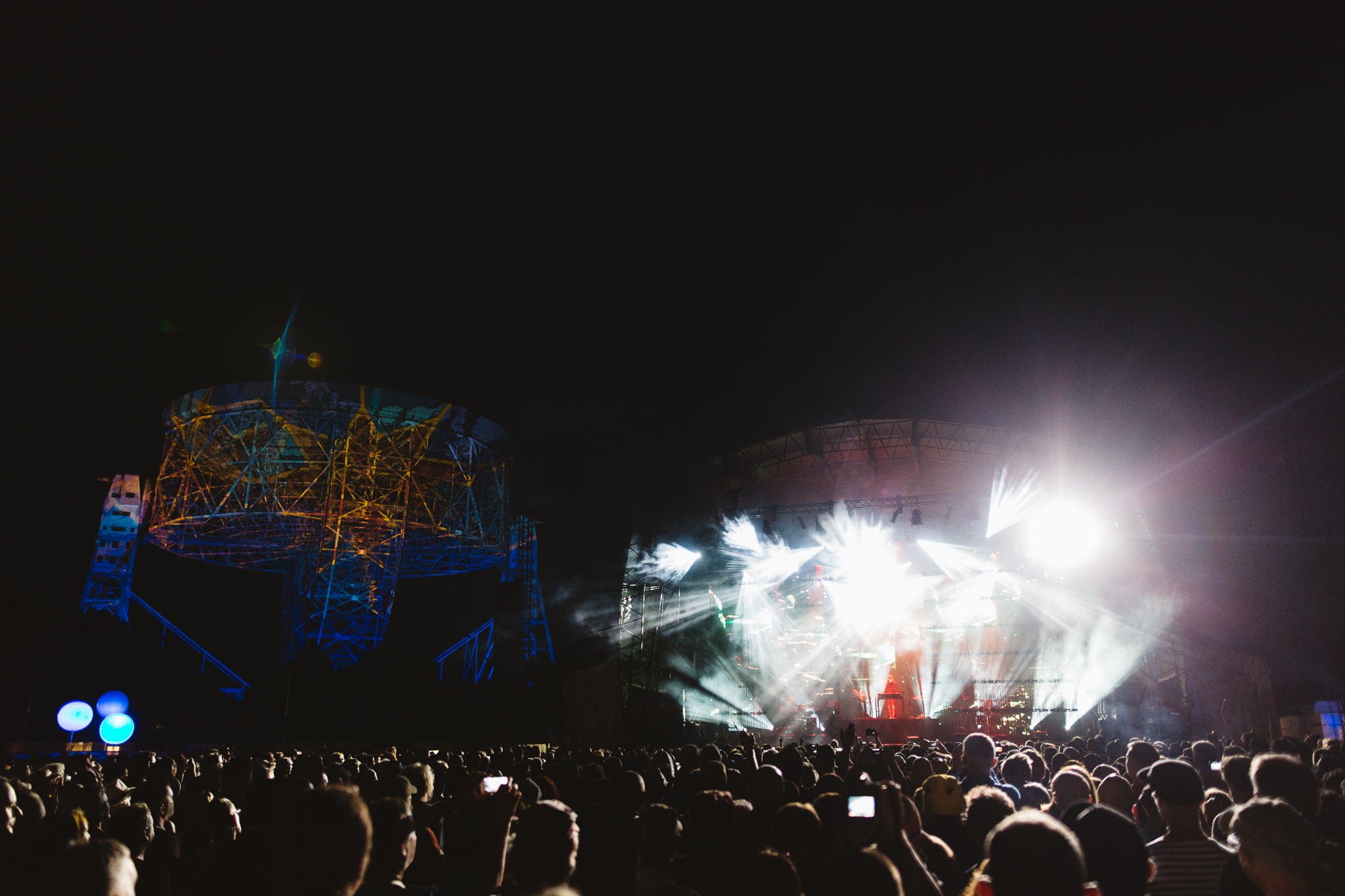 There was just so much to see, some wonderful interactive stalls to visit. You could even see meteorite under a microscope and learn about cosmic background radiation using Oculus Rift.

I was very happy to find a wine bar opposite the telescope, I just had to enjoy the view with a glass of prosecco. Their glass system was brilliant. You'd pay a pound for a reusable cup, on the last day you could trade it in for a bluedot cup to keep. Never seen such little litter at a festival. Contactless payment and the bar also made things flow smoothly. 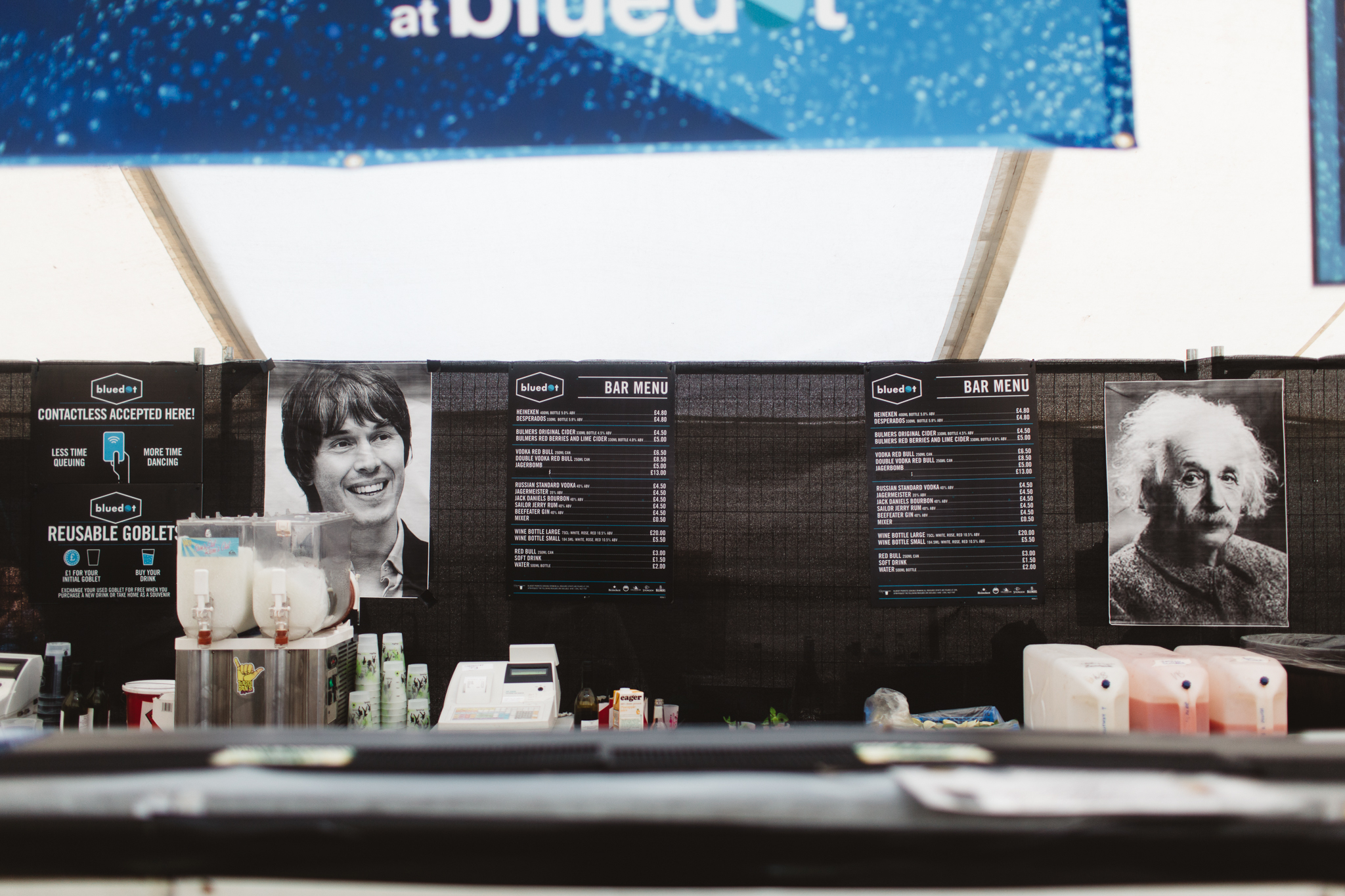 There was just one place where you had to really queue, but nobody appeared to mind, because once you are inside the Katena Luminarium you instantly relax. You just take off your shoes and walk through a blow up piece of art that immerses you in colour. It somehow compels adults and children a like to just languish on the floor. Nobody wants to leave, hence the queue! 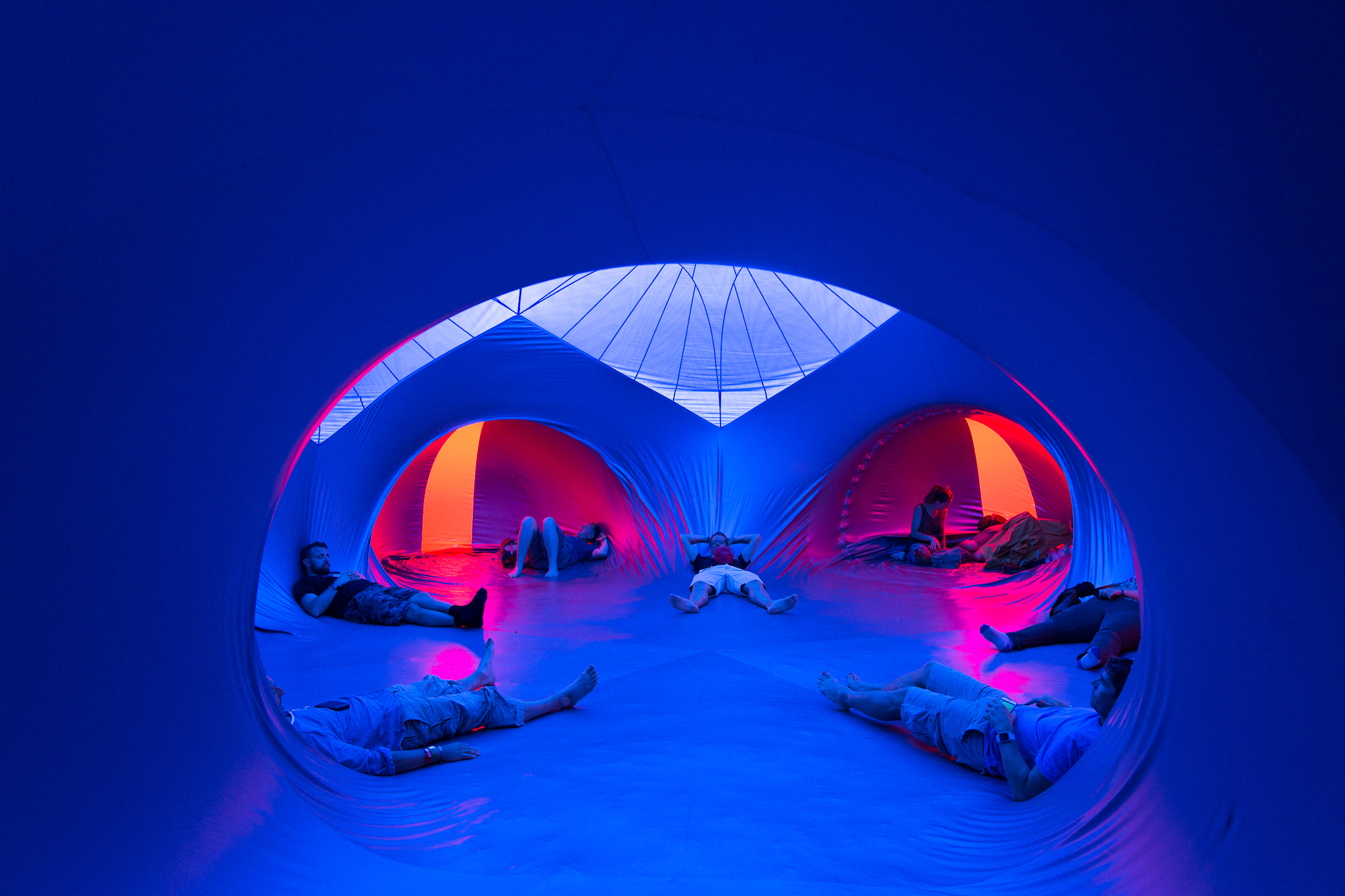 Jean Michel Jarre of course was a highlight, I enjoyed his set so much more than I expected, his enthusiasm alone made me smile. The field raved, a perfect choice for this festival.

The lovely thing about this festival was how young and old and in between enjoyed themselves, from the lectures on subjects like bees, a stand up set from Emer Maguire on the science of love to the dance tents in the middle of the night. It was a really friendly chilled out mind expanding festival. 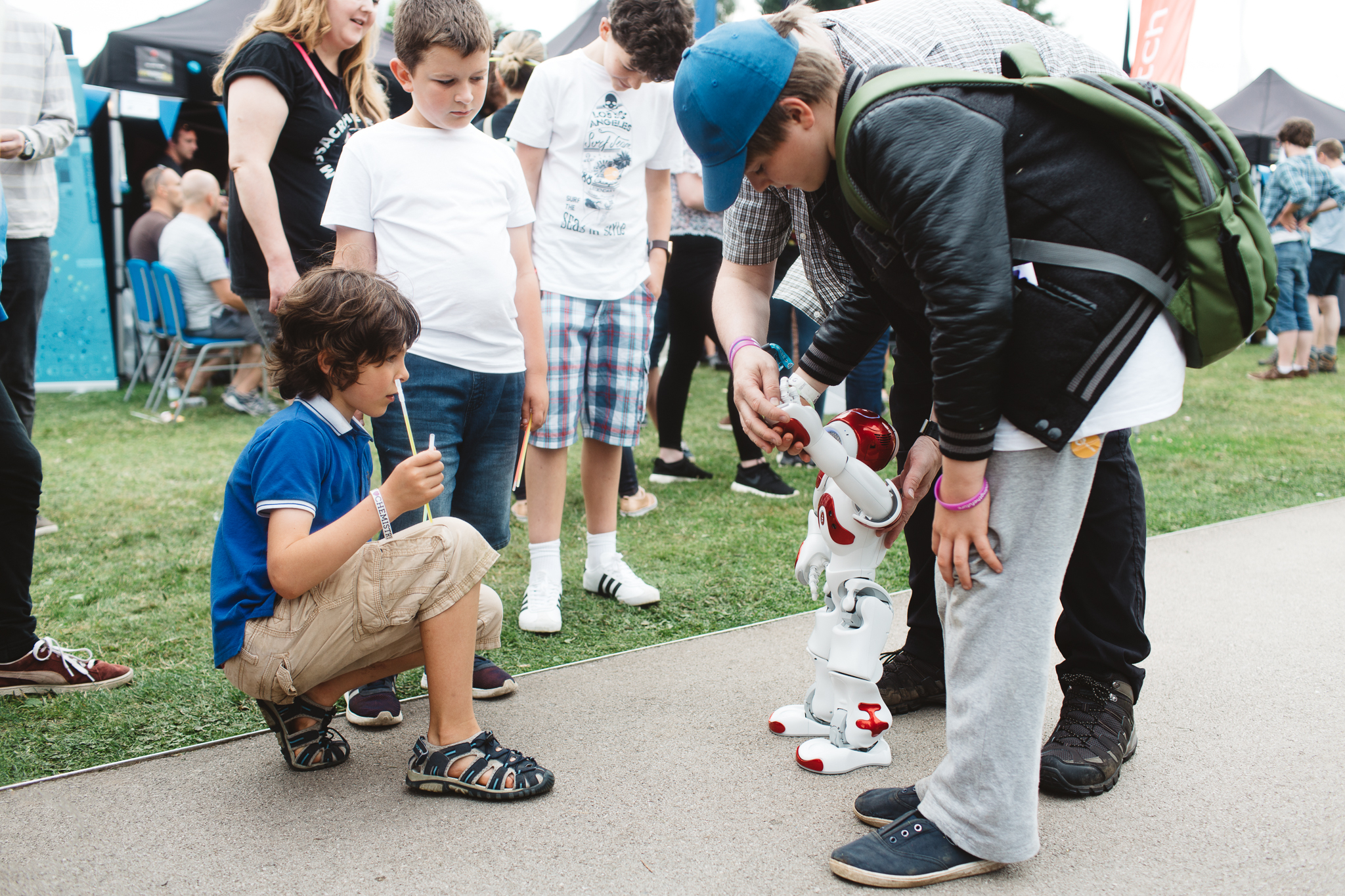 Even overhearing conversations in the campsite was enlightening. I awoke one morning to some teenagers wondering what would happen if nitrogen was green.

Apart from Air I enjoyed sets from other bands I was long overdue to see like 65daysofstatic and British Sea Power, again the line up choices were perfectly befitting for the theme of the festival, the kind of music to take your mind elsewhere. 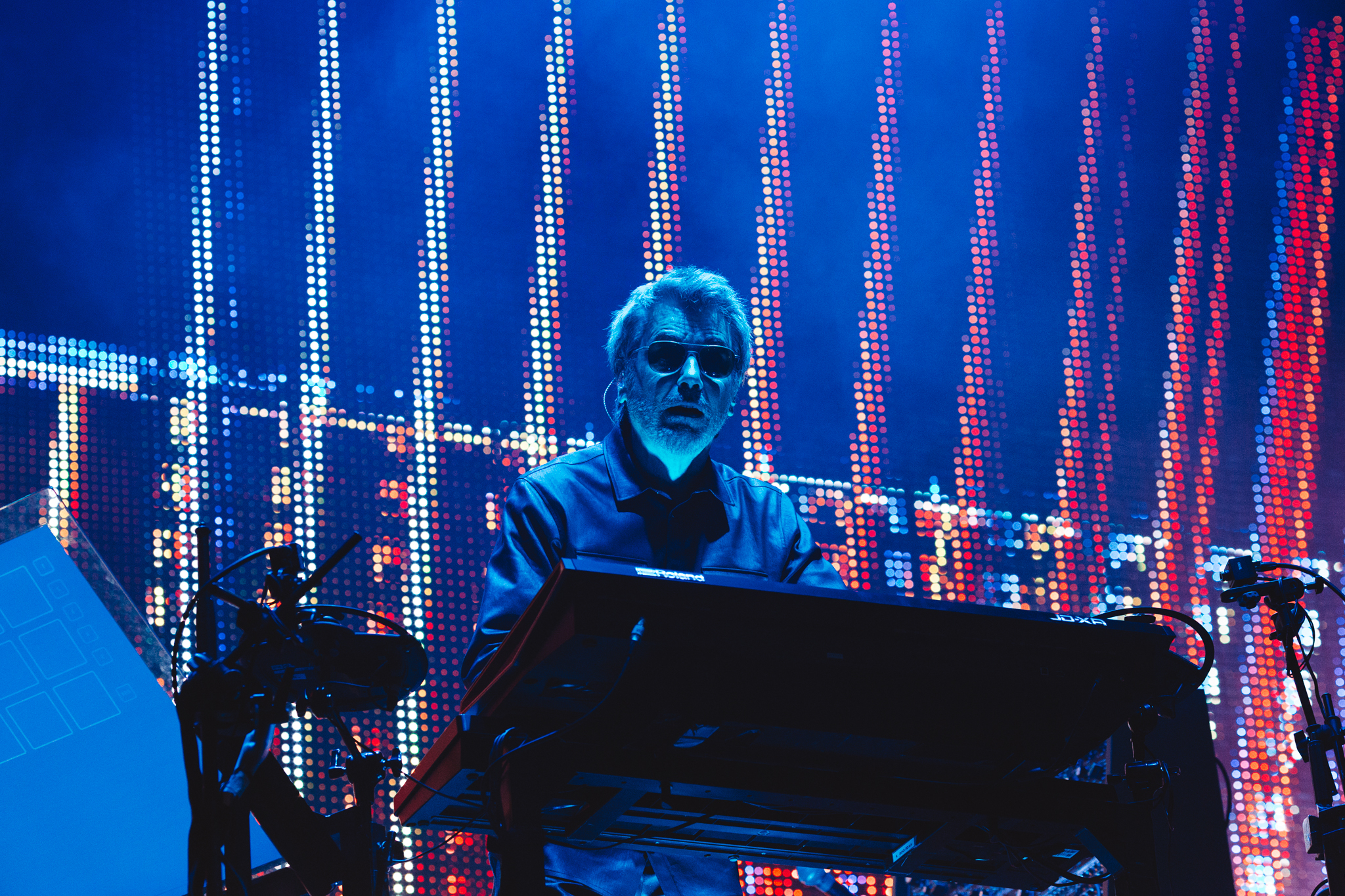 Steve Mason provided an outlet for those with political rants to be had, which could be echoed by scientists throughout the festival whose funding has sadly been hit hard by the latest events. 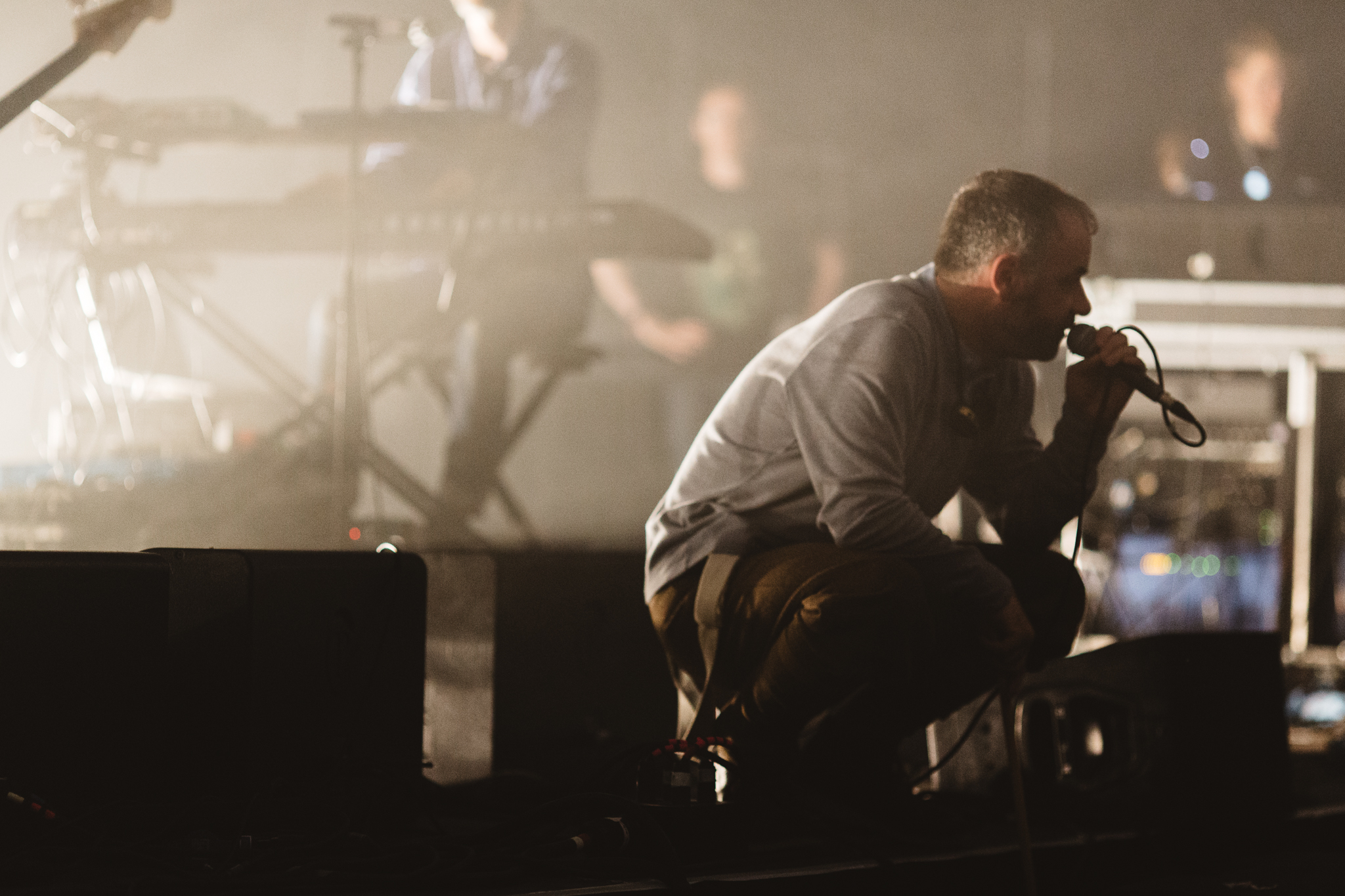 I ended the festival at a screening of Close Encounters of the Third Kind, the film I blame for inspiring my interest in space, I wore our betamax copy out as a girl!

It was, in short everything I wanted it to be and more. 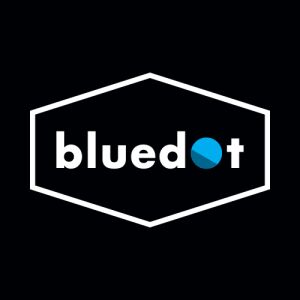