Blind Cat Festival 2016 Review
The second incarnation of this splendid festival was a triumph...
Tweet

It was a blustery day at Cabourne Parva in Lincolnshire for the start of the second Blind Cat festival.

Many of the people who were here last year have returned and there appeared to be a larger attendance than the first year. What a cracking bunch they are creating a warm, friendly and chilled atmosphere throughout the weekend. 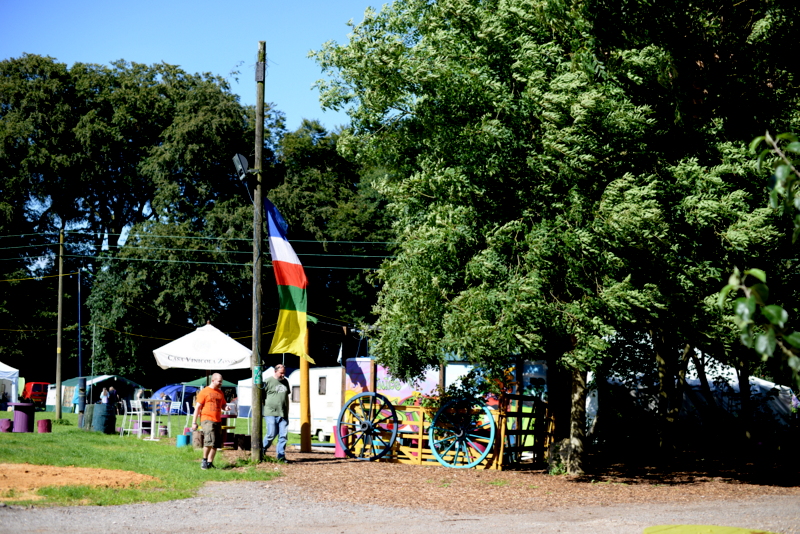 The festival opened with Spacedogs who got everything off to a flying start sounding in places like Hawkwind.

Red Electra 69 continued the theme but with a much heavier style.

Next on were Peoples Free Republic Of Pandemonia, their mellow brand of controlled jazz was sadly interrupted after forty five minutes due to the keyboard throwing a wobbler. They were unable to repair the damage and the band unfortunately had to retire.

On the Jakeland stage were Glissand Orchestra UK, although not to my liking their ambient flow mesmerised the audience and they received rapturous applause.

Pounding beats, searing synths, harmonica and eerie vocals gives you Dubbal. Driving rock, blues, the odd jig and what I can only describe as psychedelic reggae all blended together to provide a very enjoyable and well received closing set.

Saturday down on the farm, the wind dropped and the sun shone. The folk/rock and gentle prog of Tanglemist eased everybody into the afternoon, the perfect cure for all the sore heads. 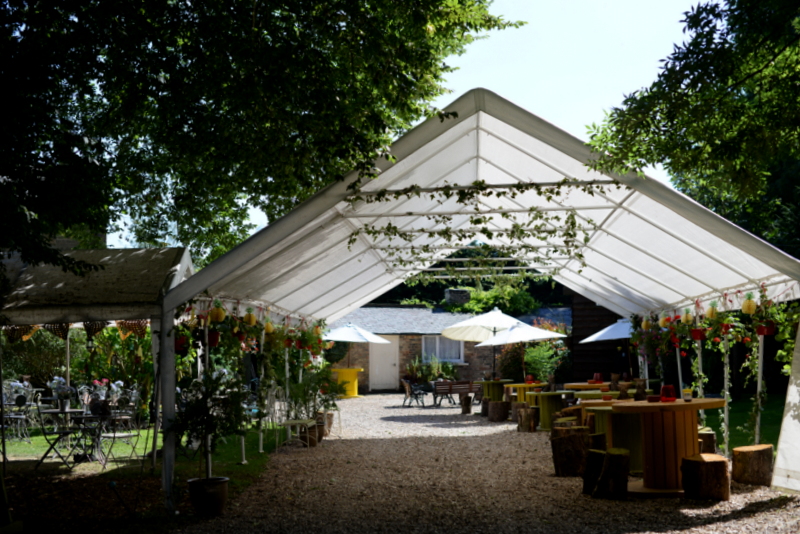 Spirits of the Earth who followed were very spacey and very good.

Over at Jakeland I watched Spiral Navigators, impressive and entertaining, chilled out jazz rock with heavy use of violin. A bang on set.

Andy Bole brought the sound of Asia to Blind Cat with his mystical Indian inspired music. His guitar supported by violin provided a calming relaxed performance.

Last year I couldn't get into the music of Roz Bruce Infusion. This year was no different - except I appeared to be in a minority of one as everybody else lapped them up. Rock and blues, they went down a storm.

Aurora brought a new slant to the festival with their laid back dance/trance music. Plenty of people took the opportunity to shake a leg or two.

Paradise 9 pulled one of the largest crowds of the festival with an odd mix of blues, rock and prog. They delivered a very varied performance.

There was an excellent display of heavy prog with plenty of synths from Nukli. 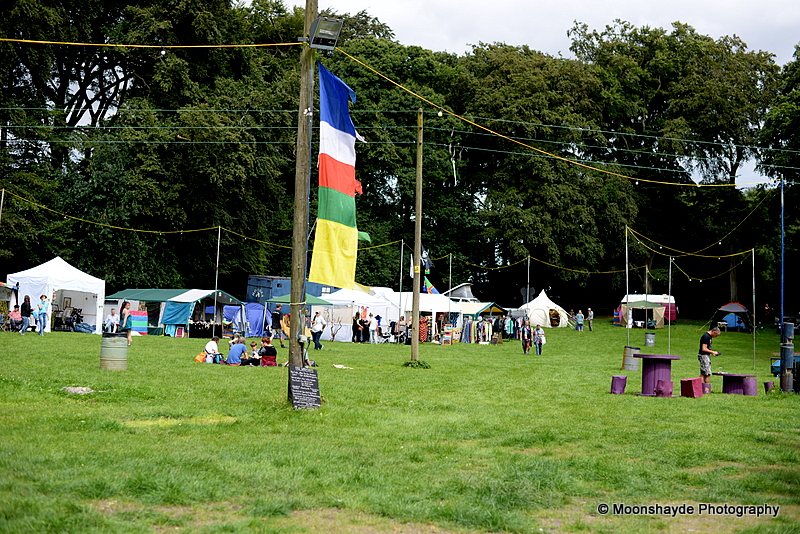 Saturday’s headliners were the band I and the majority of people had come with to see. Keith Bailey (aka da missile bass) and Mark Robson have a long association with Daevid Allen, Gong and their various splinter bands. Although there are certain influences Here and Now are no Gong rip off, they are five extremely talented musicians with their own unique style. As they took to the stage spacey got spacier and the barn stage was packed with ecstatic dancing bodies. Keith announced ''we've got an amazingly f***ing long set list, we're gonna play 'til they tell us to stop''. The classic song which has more or less become their anthem What You See Is What You Are was greeted with huge cheers. Opium For The People and Glad You're Here were received with the same response. They were weird, they were wacky, they were wonderful, and they were just brilliant. It was a triumph.

Peyote Guru began the last day with a mellow ambient selection of tunes.

Bitten By The Wolf supplied a pleasant change, acoustic folk complemented by the strangely named Wench Small on vocals. Ballads or up-tempo her lovely powerful voice was pleasing to the ear and relaxing. Each self-penned song was documented by its own story.

One man, one guitar and backing tracks - that was Roadtrip, trippy.

Magic Bus should have played on Saturday night but were involved in a car crash on the way to the festival. In true 'the show must go on' fashion they returned home, got another car and drove back up on Sunday for a revised slot - top marks! They received deserved applause for their melodic prog with plenty of flute.

On (yes that's the band’s name) played a mix of mellow prog and rock with excellent guitar without any overplaying.

As their name suggests Electric Cake Salad were a more basic solid rock outfit, their rousing version of Sabbath’s NIB was welcomed by strong audience participation. 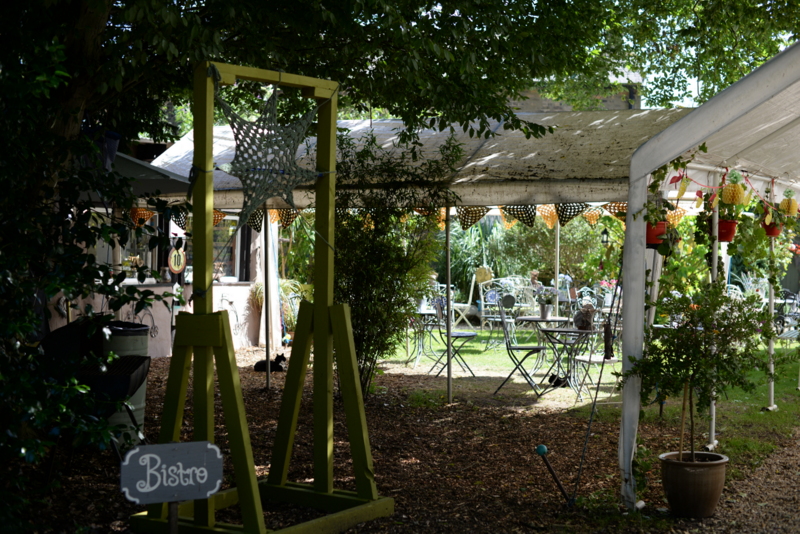 Chariots are another band that appears to be influenced by Hawkwind and they created a very spacey vibe.

A couple of the members of Spiral Navigators joined Miser on stage. A solid rhythm section and nifty guitar were complemented by some excellent violin. From mellow to manic to mad, great stuff.

Sendelica are five powerhouse musicians who are as tight as the proverbial ducks arse. Smooth and professional, they flitted from jazz to prog with ease. I was transfixed watching them last year and had the same reaction this time, superb. King Crimson fans would love them and these are a must see band. For me Here and Now were the outstanding act of the weekend closely followed by Sendelica.

To finish the proceedings Krankshaft played a blinding set which culminated with an hour long encore.

So there you have it, another successful Blind Cat festival.

Band members can be seen on the campsite and wandering around chatting to anyone who wanted to talk to them. During a brief conversation on Sunday Mark Robson said what a great festival Blind Cat is, which proves the musicians enjoy it as much as the punters.

The cost of a weekend ticket is £40 early bird rising to £50 including camping, which is cheaper than some of the bigger more established festivals charge just to camp. 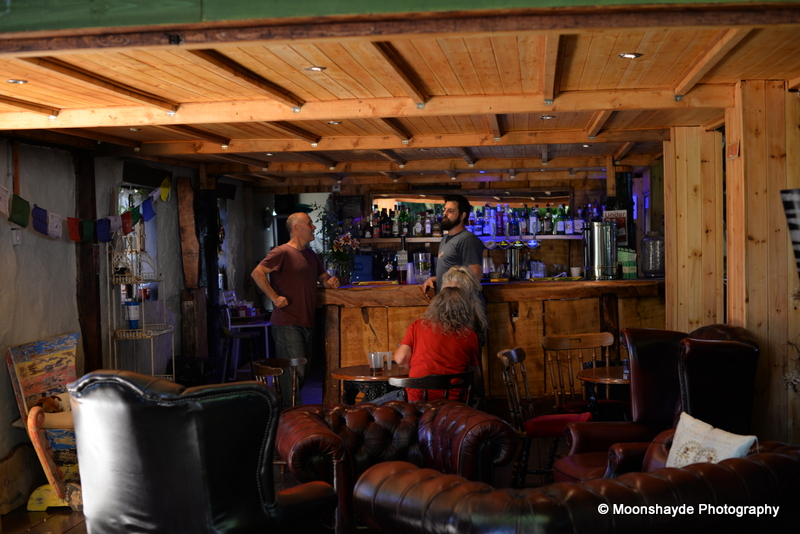 If you were there tell your mates, if you weren't do yourself a favour and give it a whirl next year - you won't be disappointed.