Bearded Theory School – exclusive FFA Interview with organiser Sally Booth
"... we were the same size as the average village school. If you think of it in those terms it's mind blowing."
Tweet 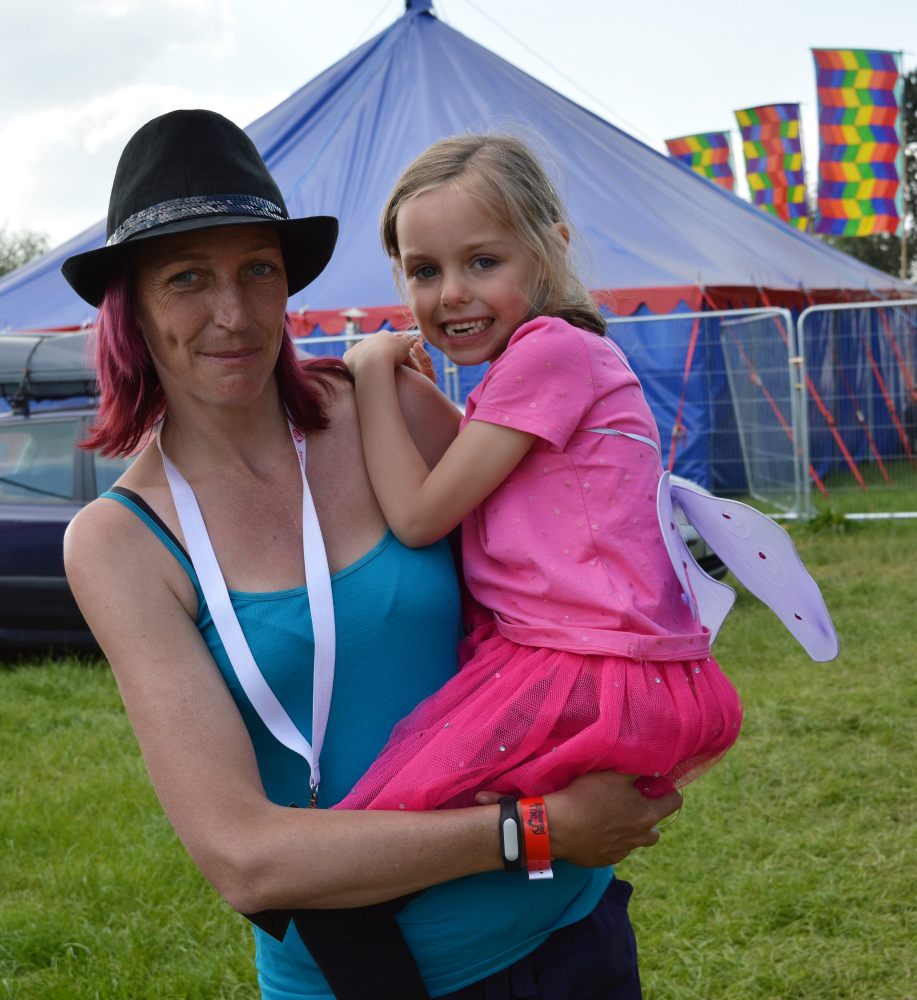 During Bearded Theory 2016 our Festivals For All reviewer caught up with Sally Booth, organiser of the Bearded Theory Festival School, to get an understanding of the background to this wonderful and ground-breaking initiative.

FFA - What’s your background Sally, and how did you get involved with the Festival School?

SB - I’m a lecturer in employability skills at Peterborough Regional College and I teach people who have barriers to work with physical, mental health and also confidence issues – I teach them and give them the skills to get back into the workforce. I’m from Peterborough and I’ve been involved with Bearded Theory from day one basically. I’ve done various roles here – I did offer to do a kids workshop for the first one and ended up being Site Manager! … We’ve all got full time jobs so we have to time manage that. It’s difficult. Since having my daughter I’ve tried to take a step back – but ended up becoming more involved in the kid’s side of things. Over the year we have about a week off from the festival but I’m already thinking about next year!

FFA - Where did the idea for the school originate?

SB - It was when we found out that a lot of people were not bringing their children on the Friday because they’d get fined or lose a day’s schooling or whatever. What gave us the inspiration was that originally there was a Bush Craft event held here around the same time as Bearded Theory festival … so we thought ‘we’ve got this beautiful woodland space and we could do something similar’ but then we realised that all the Bush Craft experts were in the next field – so we thought ‘why don’t we turn it into a school?’ and Rich (Bryant – BT organiser) said ‘there you go - it’s a great idea’… so I got this amazing crew on board and they wrote me lesson plans, they did the national curriculum stuff; they are all experienced teachers – we’ve got head teachers, we’ve got SEN specialists there. They all know what they are doing so I don’t do the planning as such – they do it all! I just bring it all together.

FFA - What’s the formal OFSTED Approval – that would have not been an easy thing to be awarded?

SB - We are not OFSTED Registered – so there is a big difference. Because we are only a one day event they can’t come and do an inspection etc… so we are APPROVED – which means we follow their safeguarding procedures and risk assessments for instance – we effectively do everything that a real school would do – however, ours is just a day a year – thank goodness! Bearded is around half term but we limit it to the Friday which is part of the school week this time of the year – at least in Derbyshire.

FFA - What is the scale of The Bearded Theory School?

SB - It's three hundred and fifty kids and we had about a hundred on the waiting list too! We did stop enrolment at 250 but got so many emails and calls pleading for more places that we opted for 350 – we could have had 500 kids easily but we simply don’t have the space unfortunately… We were 177 last year – so we’ve doubled it this year with Rogues Hideout providing some of the extra capacity. We are taking it all slowly-slowly though – no one has ever done this before so we’ve haven’t got a benchmark.

FFA - Have you done any analysis of the number of parents who actually use this as formal leverage with the school?

SB - Its 100% - because we send the details directly to the school head … we send a Scheme Of Work which is an educational document detailing exactly what they will be doing on the day plus details or who we are and what we are doing, contact details etc … we have it covered! Some schools take more convincing than others but at the end of the day there is a facility for every school to offer education off site so that was our approach. … It’s difficult to get an accurate view but I would reckon that about 70% get approved… We will even speak directly to the Head Teacher if required.

FFA - Do some parents simply see the School as a free crèche?

SB - No. They are 100% with us. It’s amazing. The amount of hugs I and the team got yesterday and the thank-you’s – it was all a bit emotional to the honest. Some say we should charge for this – but that’s not what we are about – we are all about free activities for kids. If you think about it – a lot of holiday’s now offer kids clubs and that was my thinking as well. It gives the parents a couple of hours off to relax. But, we also have Welfare there, so if we are concerned about the parent’s state, as it is a festival after all, we won’t release them because welfare is our priority.

SB - It has to be. We locked down yesterday with nobody in-nobody out because those children are our responsibility and that whole day we did registers every half an hour; all the kids have wristbands on with a number and one is issued to the parent and they have to show it before the kids are released for instance.

FFA - What age ranges does the school cover?

SB - All ages from pre-school onwards... We didn’t have any Year 11’s because they were doing GCSE’s and I’m glad we didn’t because they should be at school doing their GCSE’s! So the pre-school was separate from my school and that was in the forest and in my school we had all school ages up to 15 years old. We covered things for all ages – the older ones learned things like how to Rap, Graffiti Art, and Jedi Training… It’s structured by ages so the day is relevant to the interests of the kids. It was all things – we had history lessons which were the history of the Olympics, we had Mindfulness – which was amazing. Kids were learning relaxation and deep breathing at 5 years old – which is something not many schools do! …We’ve had feedback that some kids have learned stuff here and introduced it back at their formal schools!

FFA – Providing this kind of teaching must be really liberating for the teachers too?

SB - To be honest a lot of my teachers are ex-government teachers who’ve come out of the system because of the way education is going in the UK - and this provides them with the environment to be the teachers they want to be… So they come alive again too. … For instance we had 38 members of staff yesterday for 350 children so we had roughly a 1-10 teacher-pupil relationship, but out of that we had 8 SEN workers – and you would not get that in a whole school probably… we were the same size as the average village school. If you think of it in those terms it's mind blowing.

SB - I’ve got a couple of guy’s local to Derby who phone every single parent who has identified a SEN requirement and they ask ‘how can we help? How can we support? What do you need?’ And then we recruit our specialist teachers on that basis – I think we had eight kids yesterday who needed one-to-one support… Other kids say may be dyslexic and don’t need 1-to-1 but just need the teachers being made aware that they may have some engagement issues for instance… Some children need a detailed story of the day in advance to alleviate any anxiety issues and we do that to.

SB - It’s important to do a de-brief and get feedback off everyone about what went well and what could be improved… the big issue for next year may be that the law is changing due to the landmark ruling about taking children out of school… but we’ll react to that whatever way it goes. If it comes down to no one is having any time off – then we will still run it because it’s not about the authorised absence now – it’s about the education outside of the classroom, and that’s what we are passionate about. It doesn’t have to have four walls… and, we are a family festival after all.

Check out the latest on Bearded Theory 2017  here: 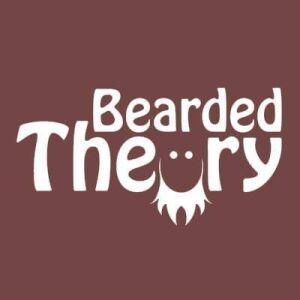 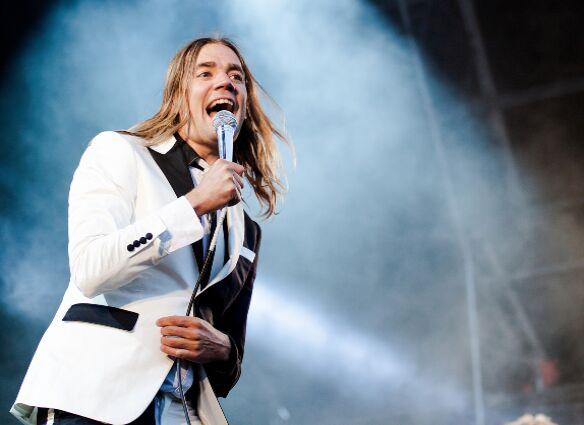 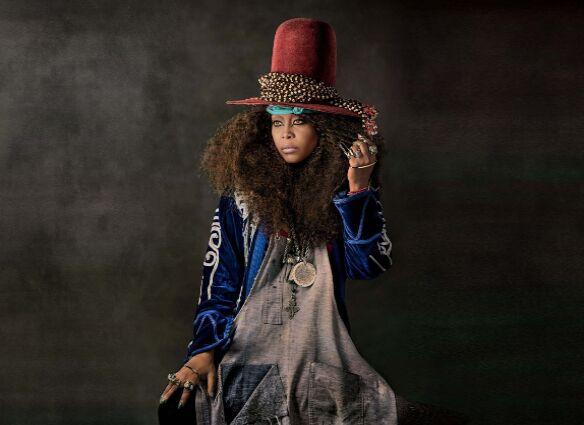 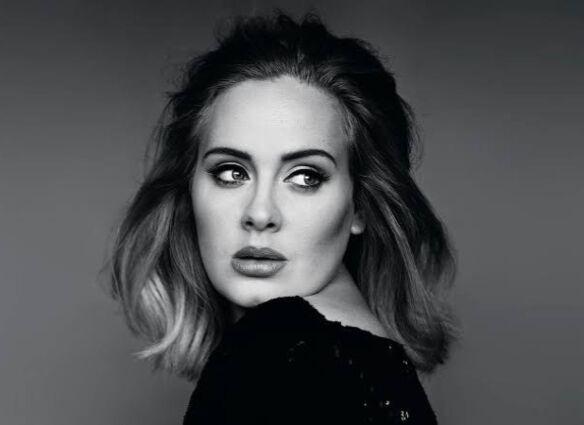