Bearded Theory 2018 Review
... Still one of the best around
Tweet 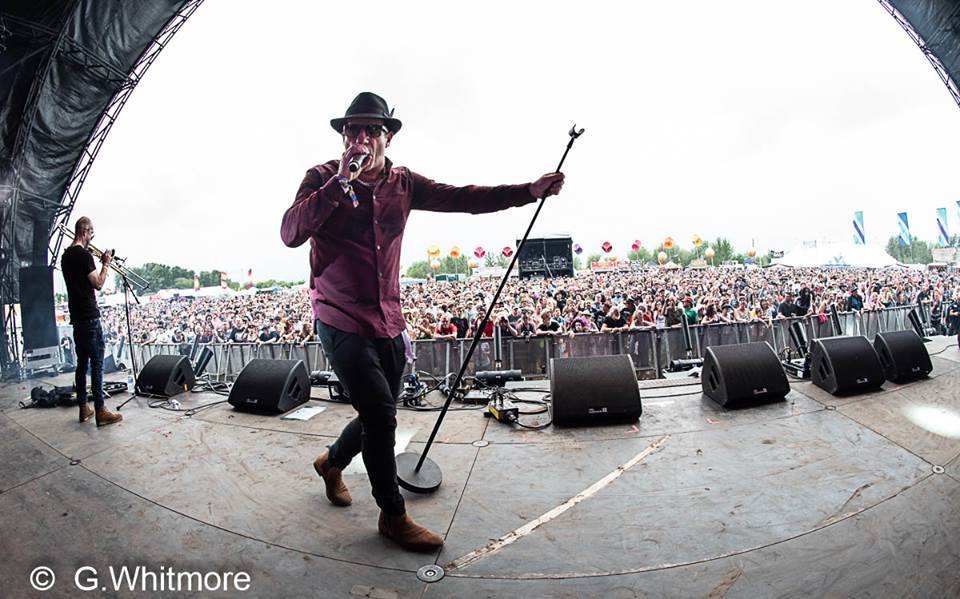 Bearded Theory nailed it again. Its 11th incarnation was an absolute cracker. This wizened Reviewer still rates Bearded as one of the best value small-medium festivals around. For the money, the facilities and the sheer quality and quantity of the artists are unbeatable. A festival is nothing without its people of course and the chilled festival community vibe is electric. It’s everything a great festival should be.

Let’s get the one 2018 black mark out of the way up front then move on to the overwhelmingly great bits. Access to the site on Thursday was a disaster with traffic backed up for miles. Perhaps Bearded is a victim of its own great value with set-up Thursday increasingly becoming part of a full-on four day event. Thousands rocked-up in a few short hours and the queues were horrendous. FFA Reviewers rate Bearded so highly ‘cos it grows and improves every year. They listen to feedback and act upon it – that’s one of the many reasons why it’s special. You just know they will do everything under their control to resolve this for next year to ensure this blemish to their largely faultless reputation is a one-off.

… and what a reputation. Bearded is rightly in the top echelon of the festival scene. By virtually any criteria this festival is a benchmark event by which other similar sized events set their standard.  All round value for money, calibre and diversity of artists, facilities, the atmosphere generated by a cracking crowd … it’s all there in spades. The bars were heaving with beer starting at 4 quid and the Rhubarb Cider carrying its own Government Health Warning. Don’t forget that Bearded remains one of the few mainstream events to allow your own alcohol into the arena areas too. Commendable stuff. The sell-out crowd are excellent and they reflect the multi-faceted / multi-genre nature of the festival. Knowledgeable and passionate about their music, and universally up for a good time, the vibe at Bearded defines the weekend. The community is the thing and it’s wonderful. Bearded has a buzz … as we said, it’s all rather special. The facilities for kids and teens are spot-on and the excellent Bearded School is rightly feted as one of the most imaginative schemes on the festival landscape. Bearded consistently punch way above their weight in the quality of acts performing across the half dozen or so stages. Old cliché, but whatever your musical tastes, Bearded will sate your thirst, and then some.

And so to the performances… with a couple of hundred acts across more than half a dozen venues, we saw loads, and we missed loads more. If you were blessed to be there and your favourite doesn’t get a mention, then more fool us – we were either elsewhere, hammered, or asleep. It’s all choices & opinion: this happens to be ours…

Thursday night was a washout for FFA; traffic delays meant we rocked up in the arena as the last ribbons floated away into the night sky after the always excellent Reverend and the Makers had left the stage… ah well, so it goes. 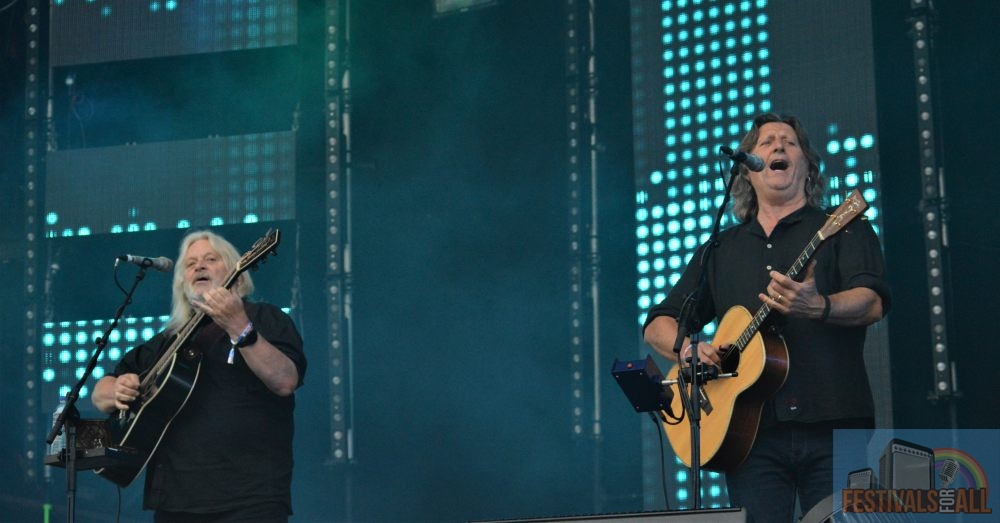 Friday’s weather was iffy – but a cracking day of music. Show of Hands were wonderful. No surprise there of course with all the usual suspects given an airing – and yes, ‘Cousin Jack’ still brings a tear to these old eyes. Best of an excellent bunch being ‘The Train and Blackwaterside’ with Knightley joking that ‘English roots musicians have to steal from wherever they can’ in a nod to the Celts! Great performance. Great Band. It set the tone.

Whilst we’re at it – a big up for the Showcase stage with some splendid ‘lesser-knowns’ on parade over the whole weekend. Spidasense in particular were an entertaining crew, shambolic and probably under-rehearsed, but with a kernel of something rather good going down – check ‘em out. Blimey – Back To The Planet! Magical Sounds is a wonderful institution and the tent décor and atmosphere trips you out whatever your state... and whatever the time of day. The Planet laid down some great ska fuelled dub beats in a typical high energy show. Lovely. Sweet Jesus; The Jesus and Mary Chain were on the button with the Reid brother’s laconic style lauding it over the The Pallet stage with ‘Blues From A Gun’ absolutely nailing it. 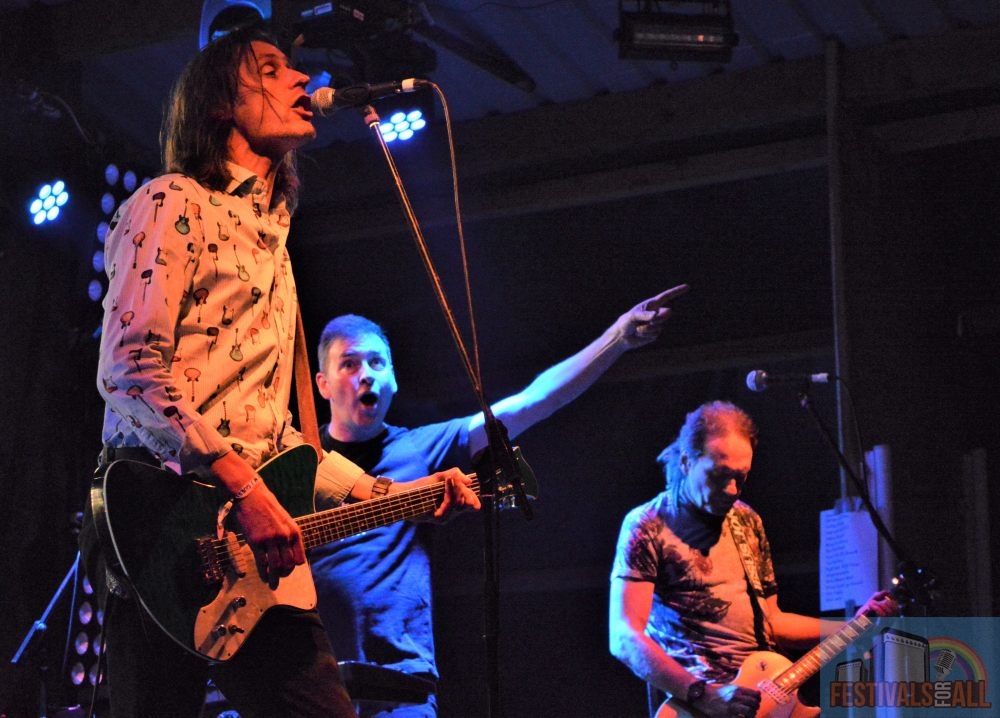 Highlight of the day for FFA was the Jesus Jones set over in The Woodland. ‘Liquidizer’ was always one of THE seminal Indie albums in this reviewer’s ‘umble opinion and the Indie-Pop of the following two albums set a benchmark for the genre. Despite the small stage and beset by sound hassles early doors, this was a triumph of a set. Edwards led the line with aplomb, but it was the manic strutting of keyboard meister Iain Baker that stole the show. Tight as a nut with great anthems and a sing-along crowd, what more do you need for a Friday night? Well Blossoms finished it off nicely. With a maturity beyond their years, the Stockport lads did the main stage headline slot justice with a massive set. The crowd loved ‘em and the field was rocking. Bearded was on a roll. New to Bearded this year were the excellent late night comedy sessions over in The Woodland. Any comic who can command a bunch of reprobates in a field into the small hours gets our vote any day, and the quality of virtually all the comedians on show was excellent. Let’s hope these sessions become a Bearded regular event and add yet more variety to the Bearded canon. 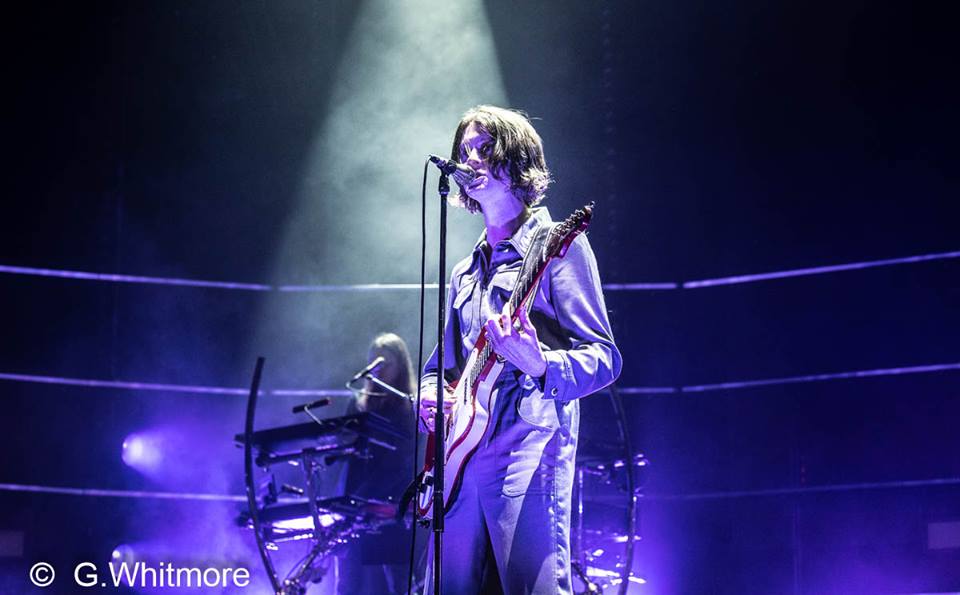 Sunny Saturday – with not a hint of the electric storms to come! What better to chill in the sunshine with a beer or three and listen to the enjoyable racket of the UK Subs? Old stagers who just know in their bones how to please a crowd. A rocking set with ‘Warhead’ taking the absolute biscuit. More Magical Sounds madness with Zion Train. Dub Reggae to die for – the gaff was buzzing. A truly splendid band. More old stager malarkey with Fun Lovin’ Criminals. Can Huey actually get any cooler? The man simply owned the arena. New York sleaze came to town and Bearded was throbbing. Wonderful stuff. 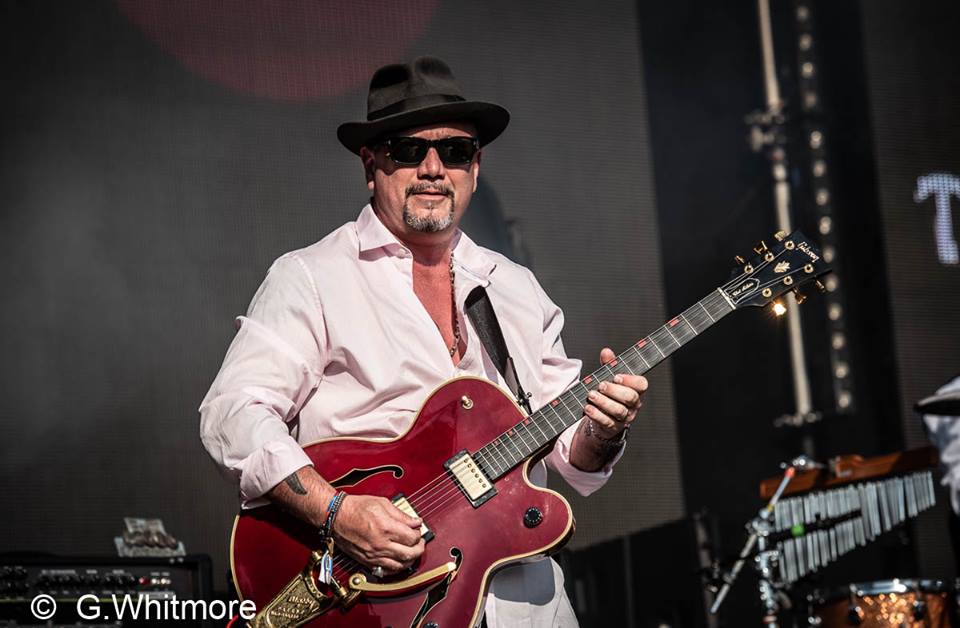 Robert Plant closed the stage with a mighty set heavy in country blues. Musically excellent, Plant in fine voice, Seth Lakeman guesting, and an intricacy and subtlety to the soundscape that made the skin tingle. The Baez cover ‘Babe, I'm Gonna Leave You’ was exceptional. A frantic Zep finale featuring ‘Whole Lotta Love’ proved beyond doubt that we were blessed to witness a genuine class act. Neutrals in the crowd may have preferred a more anthemic sing-along, dance-along headline act of a Saturday night but no taking away from a stunning set from Mr Plant and Co. Over in a bouncing Convoy Caberet, My Bad Sister delivered some excellent rapping EDM to get the pulse racing, before another night of chortling comedy through ‘til 2am in The Woodlands; by which time the air crackled, the electric storm hit, and the heavens opened. An ‘interesting’ walk back to the tent! 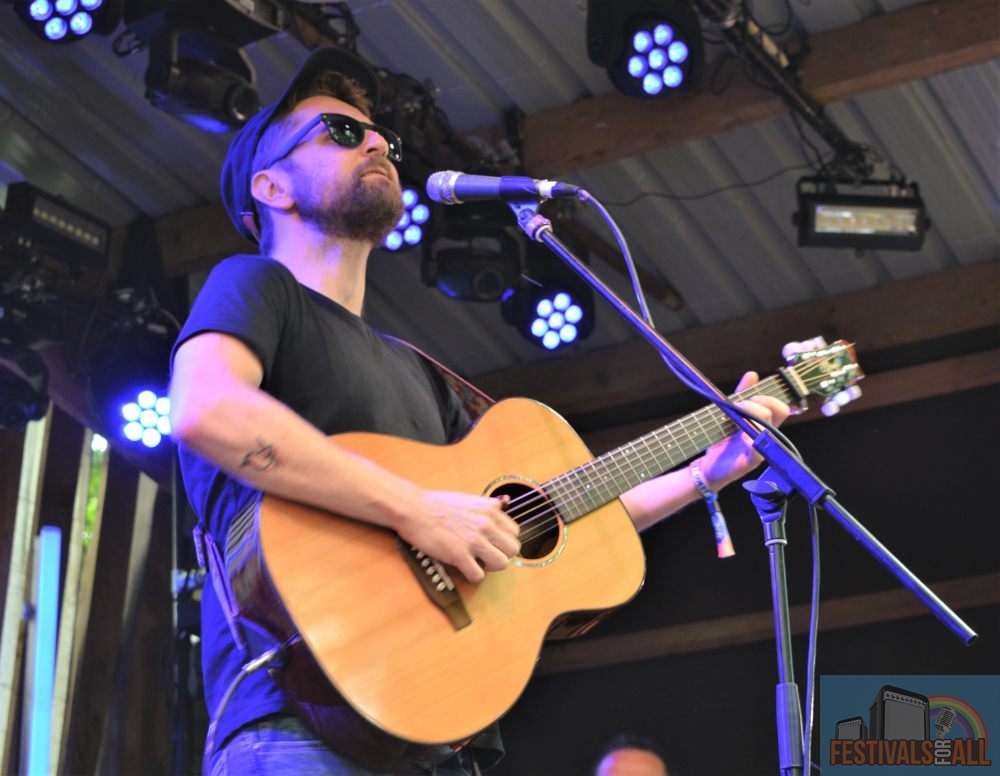 Lazy Sunday saw the Everly Pregnant Brothers entertain the crowd with enjoyable humorous word play shenanigans before the traditional fancy dress / Beard World Record Attempt … great for the kids, and a decent prize to boot.  Anyroadup, Blue Rose Code were probably find of the festival. FFA can’t really define the singer-songwriter world of Ross Wilson (Always. A. Good. Thing.); dark and moody with real substance and underpinned with some damn fine tunes… Celtic Roots maybe? Who knows… just keep an Echoplex away from the man or we’d be in raptures! Great set. Dub Pistols laid down another high octane cracker. What a festival band. A mainstay of the circuit and rightly so. Bugger Me – ‘Electric Storm Warning Closes Bearded Stages Shock!’ So a truncated set from Astalasia when the lockdown ended after 30 minutes or so. An absolutely cracking band and Magical Sounds was flying. Psy-trance and dance mayhem – what a mashup. A tripped out ‘I Feel Love’, then a stagger back into the daylight. FFA just luurve Magical Sounds. Bugger Me Twice – ‘Carthy Rocks Up With A Dozen On Smallest Stage Shock!’ Yes indeed, Eliza Carthy & The Wayward Band cram a dozen musicians onstage at The Woodland… and what a set. Overtones of The Imagined Village with more folk-rock and World Music hooks than you could shake a stick at. Fabulous and one of the many sets of the festival. 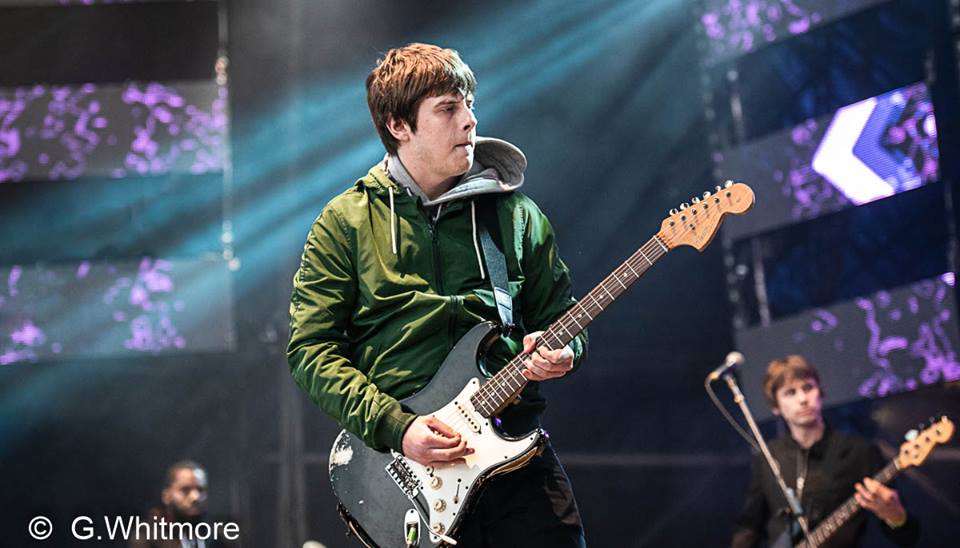 Jake Bugg enthralled over on the Pallet; although another truncated set, it was easy to see what all the fuss is about. A haunting vocal style and the guys at their best in full-on Rockabillyeque mode, Mr Bugg is a rare young talent indeed. He ended his set with ‘Lightning Bolt’ – given the atmospherics of the weekend you couldn’t make it up! Along with the fireworks, Gentleman’s Dub Club closed Bearded with a bang for FFA over on The Woodland. Goodtime ska-reggae-dub had this wonderful fairy-light bedecked forested venue skanking for fun. A great show to round off some excellent performances across all the stages.

So there you have it. Bearded really is an excellent festival.