There is nothing like the sight of the sun shining through the cloud as you approach a festival site to put a smile on your face, especially after a summer that has seen so many festivals cancelled or turned into complete mud baths. As luck would have it the last shower of the weekend occurred 10 minutes before we arrived, so for us it couldn’t have been more perfect!

This year Deer Shed made a few changes, the addition of Mr Trolley trolley hire seemed to be a welcome addition. For anyone who has ever tried family festival camping knows you take a lot of stuff and a big trolley really makes for a happier start to a festival! Another welcome change was the increase in the size of campsite, where last year we all seemed a little crammed in, this year we had more than enough room for the kids to run around without taking out neighbours tents. Not that the kids needed to run around the tents, as with last year there was the kids field in the campsite with swing ball, space hoppers and big blue containers to build your own den, as my daughter did!  Within the arena again there were no shortage of activities to occupy children with circus skill workshops and more arts and crafts than I have ever seen in one place.  Just looking through the programme now I am astonished by the amount there really was to keep the children occupied.

Don’t be mistaken that Deer Shed is just about kids and families. I went with a group of 10 with only 2 children and everyone had a fantastic time.  The selection and quality of food is better than most festivals and it’s just a shame its only over 3 days, didn’t give me enough to time sample all the amazing fare! Musically Deer Shed went all out this year with almost 40 bands over 3 stages. Previous the festival has really only seen Saturday as the big music day with only a few bands on the Friday night.

They pulled out some big names this year right from the get go, with current hot property Manchester band Cashier No 9, with their Californian Indie Pop sound, up before the Friday Main Stage headlines, St Etienne, who pulled in a big crowd long before show time. Although there were a few technical difficulties they played onto the delight of the crowd, playing a happy mix of classic hits and a selection from their new album.

Friday on the Dock Stage saw the next generation of Manchester music coming together, with Janice Graham Band kicking off with their guitar based reggae, always amazing crowds with their hard hitting lyrics with fantastic up-tempo sound. These boys will definitely be the ones to look out for in the future. They were followed by Dutch Uncles, who with only a few tracks had my dancing at the back of the tent, forget Manchester music of old, there are some new boys around and they are shaking up the Manchester scene.

Saturday started out well for me with the discovering of Washington Irving on the Main stage, a fantastic Scottish band that even at midday had us all dancing along to their infectious pop folk, you couldn’t fail to get into the swing of things. I was pleased to see the Laki Mera returned to Deer Shed for a 2nd year, playing their electronic guitar ambient trip hop to a chilled out crowd, this is Portishead or Massive Attack for the next generation, I just hope they embrace it!

The main stage on Saturday evening was definitely the place to be, pulling off a triple hitter of Beth Jeans Houghton and the Hooves of Destiny, Los Campesinos and The Villagers. Of the three Beth Jeans Houghton was really the stand out for me. Tipped by many to be the breakaway success of 2012 she bought he own unique style to Deer Shed in a big way and wowed, if not confused some with her somewhat unconventional style.

Sunday was not short of its highlights. Is there such a thing as electronic -indie-folk-pop? That is the closest I can come to We Were Evergreen. Delightful French Group – confident enough in their excellent English to go for jokes between songs (hit and miss but top marks for effort). Initially listening by default, it was sunny and there was a definite ‘morning after’ lethargy from part of the crowd (including me). Within 2 songs we were hooked, perking up… plenty of dancing! By half way through the set the crowd were cheering enthusiastically - they were lively, fun and we loved them.

Anyway we are off to see them again in October!

Regrets for Deer Shed, there was just so much to see and do that I didn’t even get near the Lake Stage! If I had, I fear that this review may never have ended!

One last thing, Deer Shed I loved the three huge Monster Eyes peering out from the trees, understated but highly amusing. Made me smile all weekend. 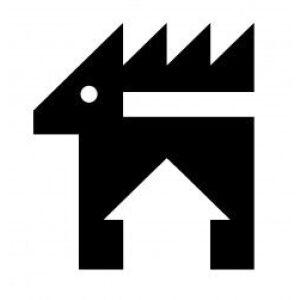