As the sun decided it was time to come out and play at the weekend, so did we! London's Trent Park was once again a hive of activity due to the second edition of 51st State Festival taking place within it's lush green surroundings, where thousands descended for a full day of decadence and dancing courtesy of one of the biggest line-ups the house music scene in the UK has seen this year.

Such a stellar attendance by some of the scene's biggest names caught the attention of many an enthusiast, with tickets for the event selling out fast. Not only were the House lovers raring to go, Garage and Soul fans were also gathered in force, ready for some of the tantalizing treats in store.

Opening the gates a little later than planned, the atmosphere within festival arena quickly started to buzz, and we headed over to the Groove Odyssey tent to catch up with the stunning Anané Vega. 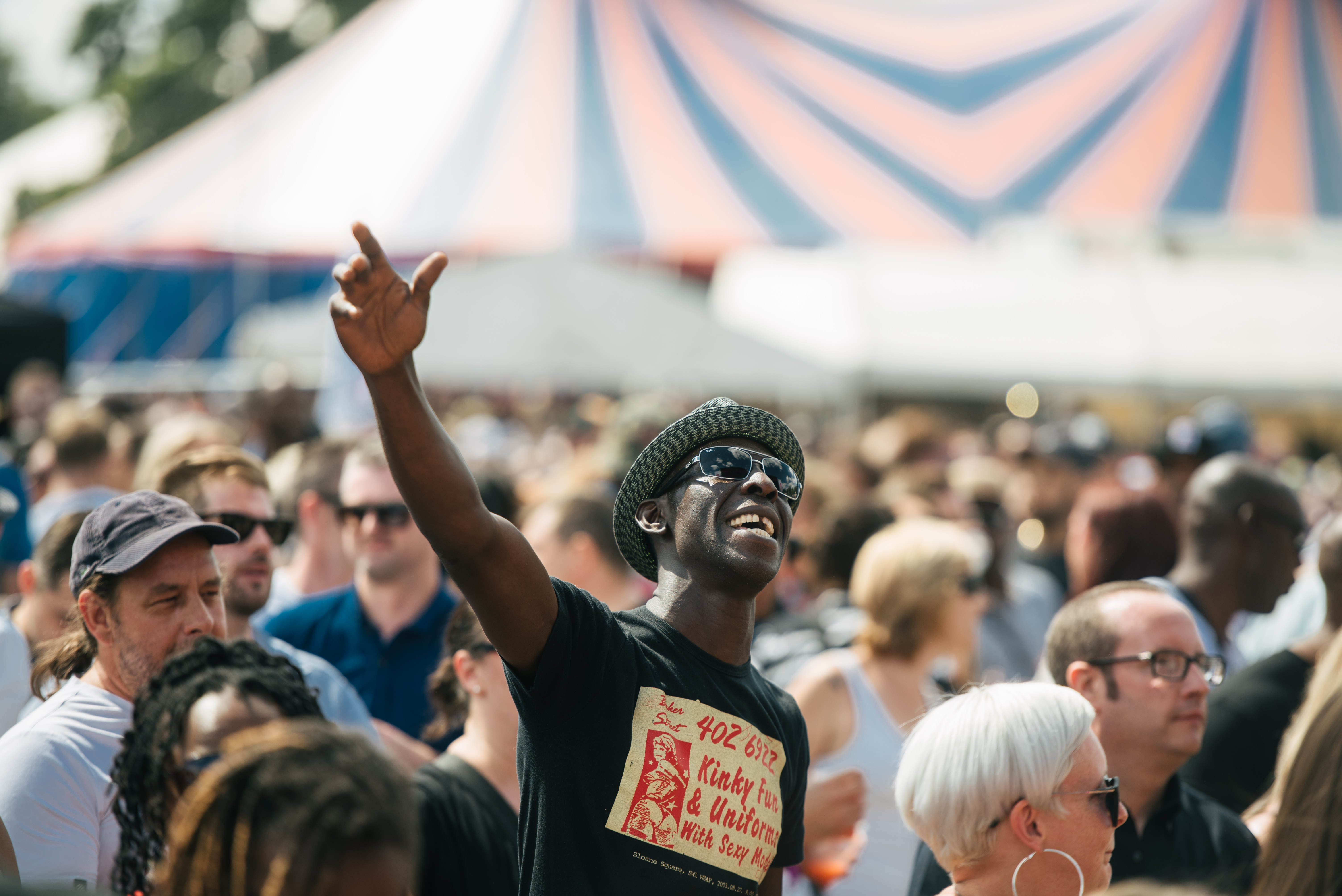 It was early doors – as a result, the tent was quiet, however this turned out to be a blessing in disguise. There was ample room to throw some shapes, which we absolutely needed in response to her uplifting, intimate set.

Fresh, fun and passionate, Anané is exactly the one you want to get the party started. Feeling every little beat she mixes with her entire being, you appreciate that Anané has an encyclopedic-like knowledge of her scene, and which tracks to showcase in the event of having to start a vibe.

All of a sudden, we were really getting down right at the front where she welcomed us with her personal touch – connecting with the dancers, smiling and singing with us as we really lost our heads to Dennis Ferrer's remix of Fish Go Deep's 'Cure And The Cause', shortly after causing a stir with 00's Ibiza classic Pasilda's 'Afro Medusa'.We were encapsulated within this little musical bubble of love as she mixed in her final track, put the trademark crystal headphones down and joined us all for a dance to the epic 'Freedom' by Black Magic. Everyone there sang their heart out, leaving the tent feeling a whole lot warmer in the soul.

The recipe was there for cooking up a really special day. Unfortunately by now, some obvious logistical issues had become apparent with regards to the organisation and planning of the festival. A queue of biblical proportions was forming outside the drinks token booths, with frustrated and thirsty customers then joining another queue at the bar. Sadly we missed most of Todd Terry's set due to this issue, which undoubtedly started to dampen the atmosphere for many attendees. 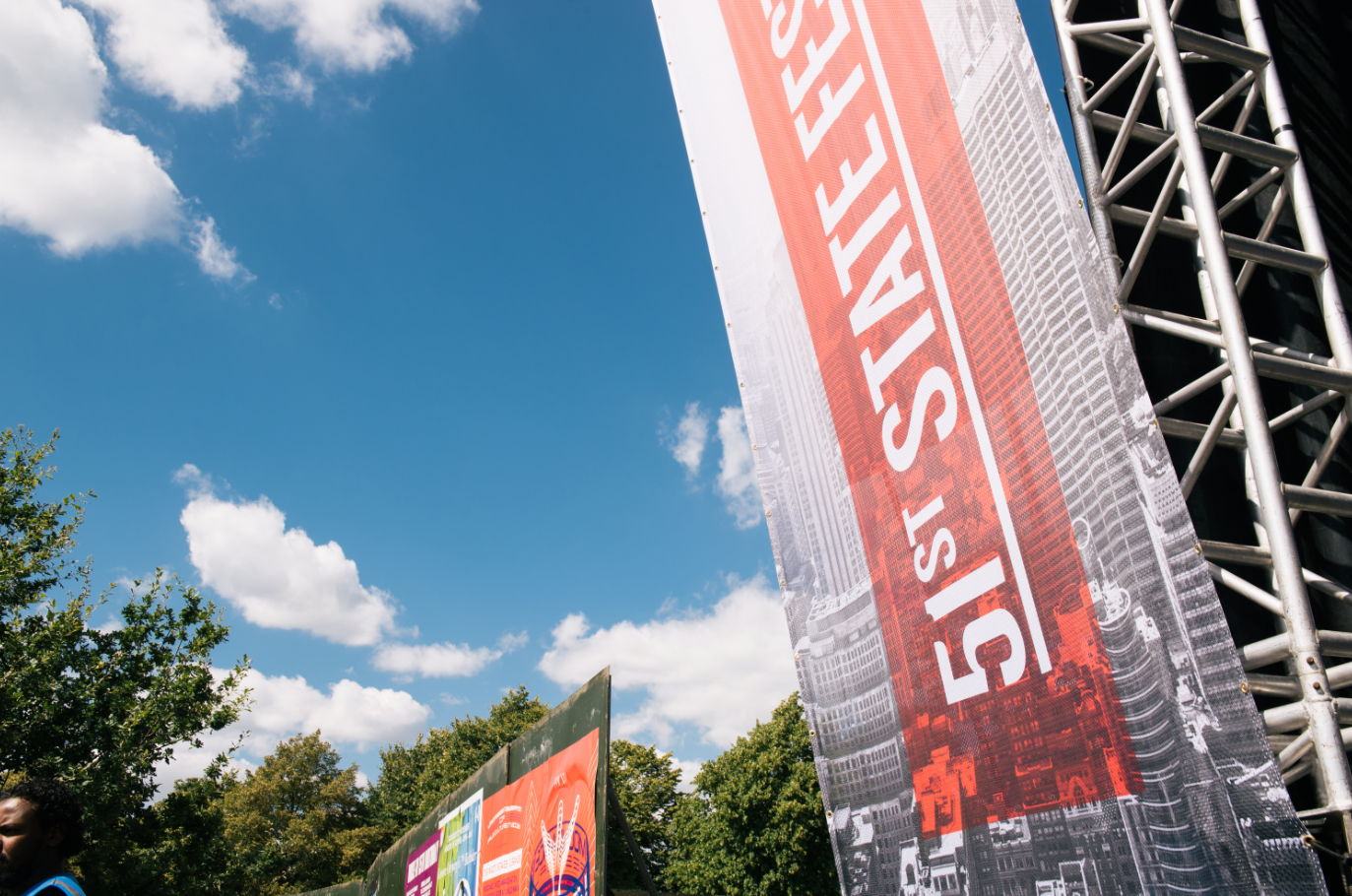 Searching for solace from the slightly chaotic scenes unfolding adjacent to the main stage, we headed for the VIP area, where Opolopo came to our rescue. Surrounded by a group of passionate groovers, the Swedish wizard immediately hit the spot with his trademark soulful sound. The sun was high in the sky, as we bumped into old friends and familiar faces enjoying the sounds of The Crusaders feat. Randy Crawford – Opolopo's very own 'Rebounce' edit making us do just that, his music always manages to lift the mood. His name meaning 'Plenty' in Yoruban, this is exactly what Opolopo brings to his sets, each time leaving you feeling fully satisfied that you've been on a rich and diverse musical journey.

A credit to him, and all the DJ's frequenting the VIP area that day, he delivered the goods using a simple and rather underwhelming set-up – such quality sets should certainly have been given a more powerful sound outlet, with some disco-inspired visuals and lighting not going amiss. Saying this, the set-up did give way to a rather more intimate and personal experience with the VIP DJ's – it felt like we were partying together rather than the typical 'us' and 'them up there' scenario. There was something quite raw and bloc party about it. The small crowd who gave 100% in the VIP area danced solidly all day, clearly connoisseurs of their genre. It was amazing to party with these people – I guess you could call them professionals.

A few festival-goers felt underwhelmed by the level of style and chic surrounding the VIP area, which is an important factor to many seeking comfort and paying extra for the luxury. However, despite the definite need for a higher quality technical specification, we found this to be quite refreshing, down to earth and very much enjoyed the experience. We certainly needed more food options for the area, and some premium drinks choices would have been welcomed by many. A sponsor for the VIP area would have been a clever move, as they often provide ample luxury seating and many added bonuses for revelers at such events.

Horse Meat Disco, this time represented by Filthy Luka and Severino were next up on the scene in the VIP area, who we thoroughly enjoyed as we relaxed on the grass to a soundtrack of Keep on Trying by Tenderness (Joey Negro's 1978 Re-edit). Disco heaven in an instant, absolute bliss.

Reminding ourselves that there was an entire field of good stuff going down on the other side of the fence, we ventured back out into the main arena once again, this time to catch up with the legendary Soul II Soul, appearing live on the main stage. A stunning performance was delivered by the Grammy Award-winning Londoners, treating us to a repertoire of some of their biggest hits, including 1990 classics 'Back to Life and 'Keep on Movin'. With Jazzie B at the helm, Soul II Soul dazzled us with their spine-tingling harmonies and slick delivery. It was a privilege to experience them live on stage. 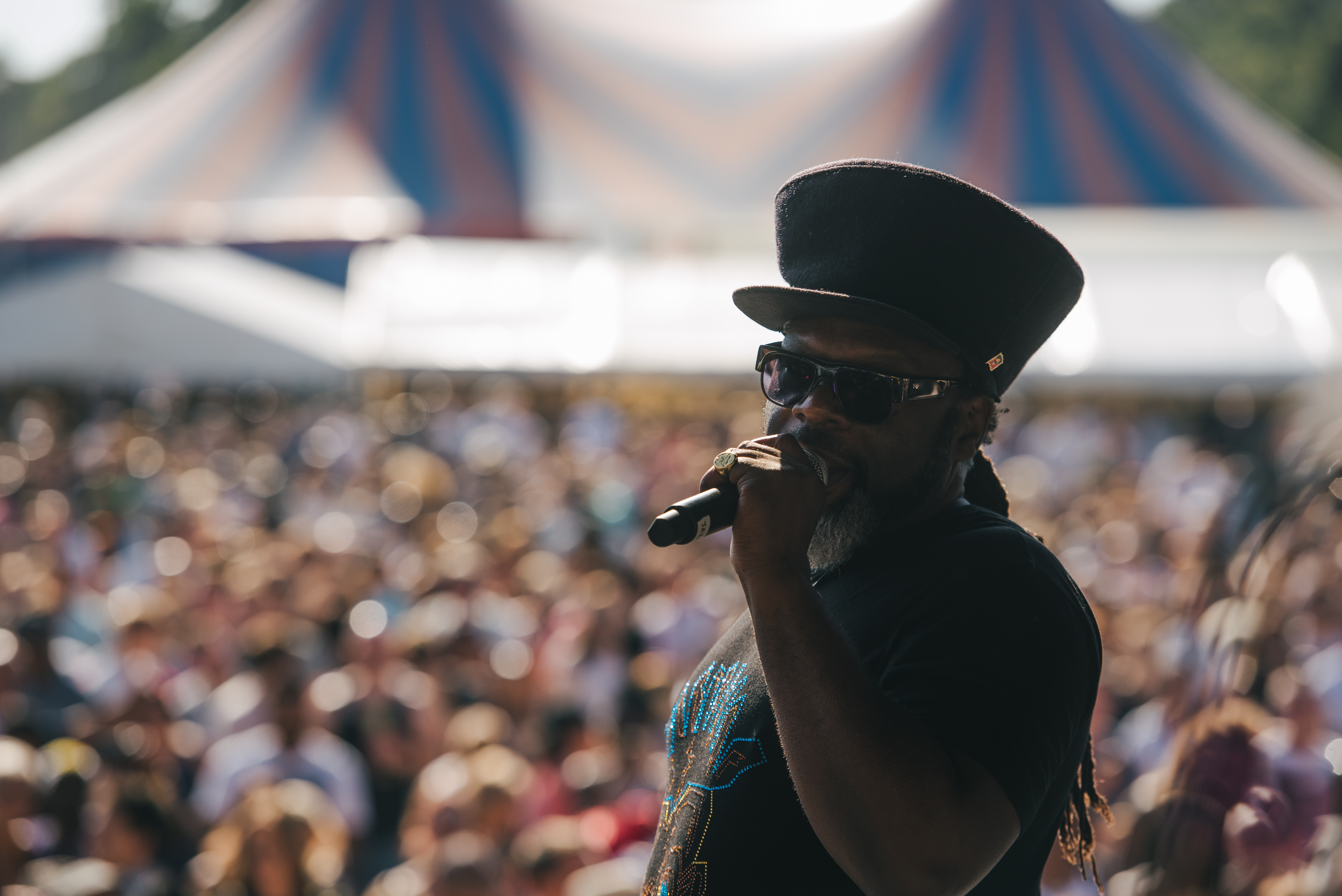 No reflection at all on their performance, we couldn't help but notice that there had been a major programming flaw here – sandwiching them between Todd Terry and Mike Dunn was rather unfair from a musical dynamics point of view, as was positioning them on the vast main stage area (now occupied by an enormous drinks token queue and disgruntled people). We would have really enjoyed seeing Soul II Soul headlining the We Love Soul tent, as part of an enthusing crowd, where the fabulous sound of their performance would have been encapsulated so that we could hear every aspect of it.

Following on from there, we ventured back into the Groove Odyssey tent, which was now much busier forcing us to find a space near the back of the tent for Dimitri From Paris' set. Probably amongst our favorite ever DJ's, Dimitri was a top draw for us on the festival line-up. Behind the decks, he was causing a stir - if he had a disco cauldron, it would be bubbling over spectacularly as he once again oozed class during a sophisticated set.

Dropping the huge Chic classic 'Everybody Dance', we all clapped our hands in unison before then being treated to Michael Jackson's 'Don't Stop Till You Get Enough' – big tunes for Dimitri, but really hitting the spot. He worked very hard to whip up a crowd who were struggling to hear the depths of the music at the back of the tent due to really poor sound – which was a feature for the rest of the day. Had this been corrected, that tent could have rocketed into space, however the sound quality really did not do any of the DJ's any favours.

Body & Soul playing one of their usual top quality sets were also hindered by the lack of sound power, the folks at the front were grooving to a different beat to those at the back due to a sound delay and the omission of bass. Francois Kevorkian was brave enough to drop Duke Dumont's 'Be Here', whilst Danny Krivit kept the tempo up and the sound chunky with 'Can You Feel It' by Chez Damier. As always, Joe Clausell kept the rare beats going – the three working harmoniously together bringing us the right combination of genres during a fulfilling set.

If we had a set of the day award, it would be given to Dave Lee aka Joey Negro. Not only is he able to douse everything the remixes with lashings of magic, similarly to Opolopo, he can integrate some of his own creations into a set of massive classics and they fit right in. It's impossible not to dance to Teddy Pendergrass' 'You Can't Hide', sing your heart out to Gwen McRae's 'Keep the Fire Burning'. He gives tracks such as this the respect they deserve by letting them play entirely, subtly mixing them in with added oomph. Re-vibing is his speciality, a wonderful example being his work on Roy Ayers' 'Get On Up' highlighting the xylophone and enhancing the strings. This set was just so, so good.

As the day was winding to an end, we spent our time watching the sun setting to The Kings of House on the main stage. We felt that in comparison with last year's festival, in general, the atmosphere had been a little flat during the day – perhaps because it was very difficult to get into a set and enjoy it's entirety due to being otherwise engaged (for a long time) waiting for drinks and toilets and trying to find lost friends who had been eaten up by the queues. However by nightfall, most revelers decided that music would save the day as good company, the phenomenal DJ's had taken over their mind set. 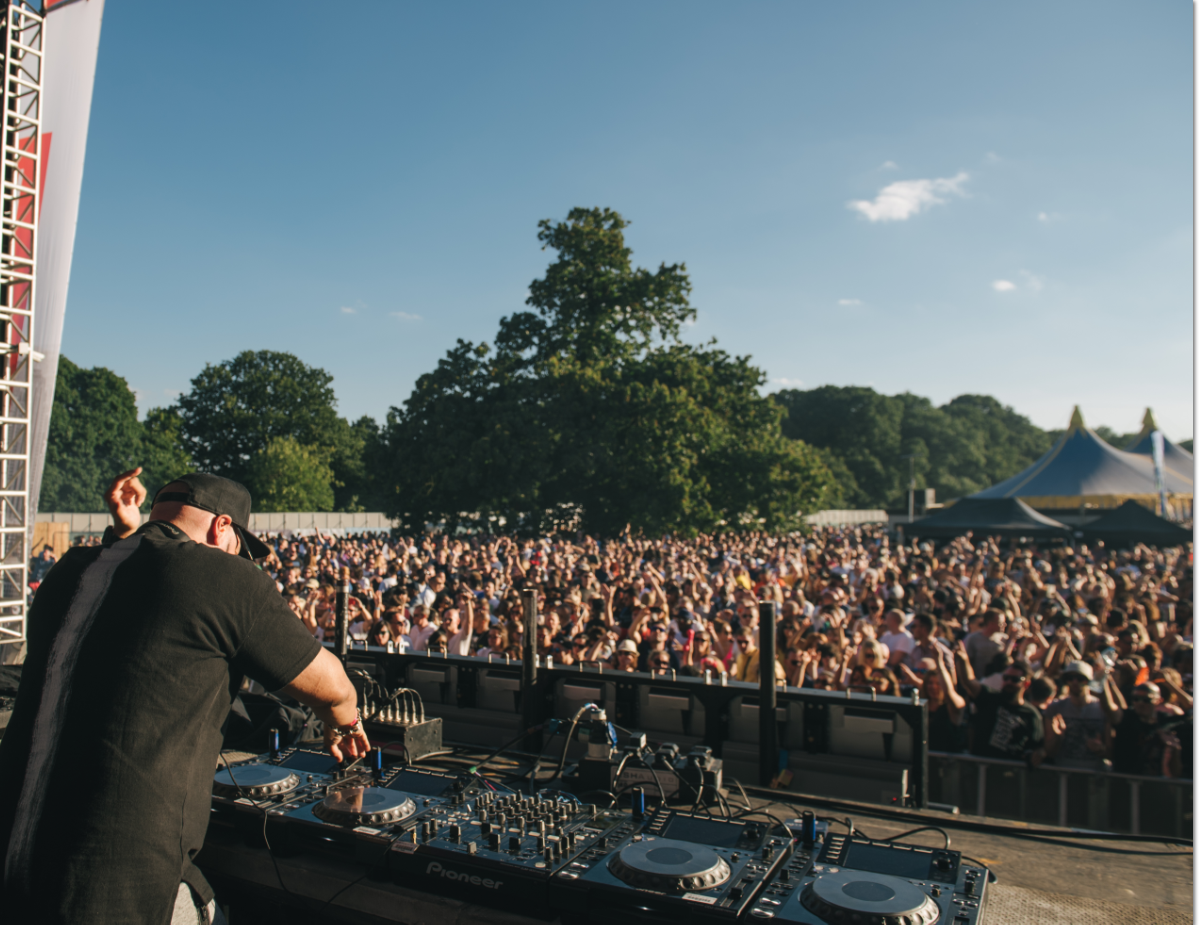 As we danced wildly to David Morales playing 'Ride Like The Wind' by Christopher Cross(Joey Negro's Extended Disco Remix which is taking over dance floors like a storm) life was sweet. The trio of Morales, Louie Vega and Tony Humphries excited us, we really enjoyed the variety played and the dynamics between them. To reach full pipes, they could have benefited from another hour to really let loose behind the decks. 'Big Love' by Pete Heller and Jaydee's 'Plastic Dreams' were a couple of great selections that remain in memory.

We caught up with Kenny Dope for the closing set of the night, and what a way to finish. Glad to be at the front where the sound was good, it was great to meet the man himself at the end of an hour's solid dancing.

51st State has the potential to be one of the finest festivals on the planet if the lineup is anything to go by, along with the gorgeous setting and the vast majority of really beautiful people who attended this year. Unfortunately it seems that 51st State have failed to grab the bull by the horns with this one, selling itself short with a series of planning blunders, logistical errors and a frightening lack of detail when it comes to sound engineering. This was duly reflected by the crowd's feedback about this year's event, to which Fold have issued a positive response, promising to improve in time for next year. There is a lot of work to be done, however if 51st State manage to pull it out of the bag, the next 51st State could be quite phenomenal. A new festival with n unique position and niche selling point, 51st State really could be the jewel in Found's festival crown. 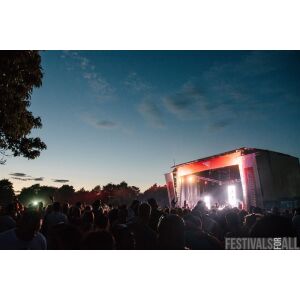