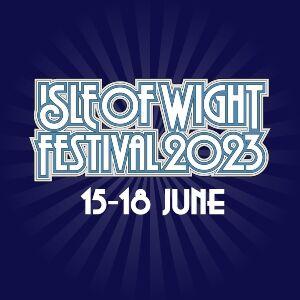 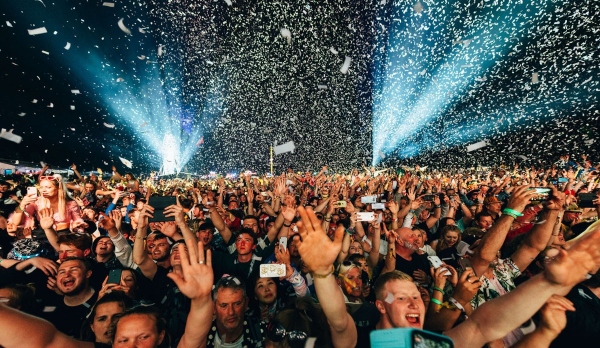 The Isle of Wight Festival returns in 2023 as it once again welcomes over 90,000 music fans to Seaclose Park for a weekend of rock, pop and dance music.

Now one of the UK's oldest and most historic music festivals, cinch presents the Isle of Wight Festival has seen headline sets from legends such as Fleetwood Mac, David Bowie, The Rolling Stones and The Who down the years.

But one of the festival's most fabled years has to be 1970, when an estimated 700,000 people turned up to see Jimi Hendrix perform live. This huge gathering led to the UK Parliament to pass a law banning the festival, which had only been going since 1968.

It finally made its triumphant return in 2002, and has gone from strength to strength since then. Nowadays The Isle of Wight Festival still hosts its top-tier lineup while also being great for families, with the lineup including a diverse programme of theatre, film, comedy, activities and games.

Since its return in 2002, the festival the festival has attracted some of the biggest names in music including: The Rolling Stones, The Who, David Bowie, Muse, Foo Fighters, Bruce Springsteen, Paul McCartney, Pearl Jam, Kasabian, Amy Winehouse, Kings of Leon, Jay-Z, The Strokes, Coldplay, The Sex Pistols, The Police, Blondie, Biffy Clyro, The Prodigy & Fleetwood Mac.

The Isle of Wight Festival is the first major festival in the UK summer calendar and is truly a great event for the whole family.

Glamping
VIP Festival experience exclusive glamping options are on sale in the Harvest Moon Boutique Village:
Pink Moon Camping – choose from a colourful collection of accommodation and enjoy your weekend with a unique camping experience.
Eve’s Tipis – try something different and stay in a tipi, plus enjoy cocktails or champagne from the bar or some hot breakfast options to start your day right.

Isle Of Wight Festival 2023 Line Up 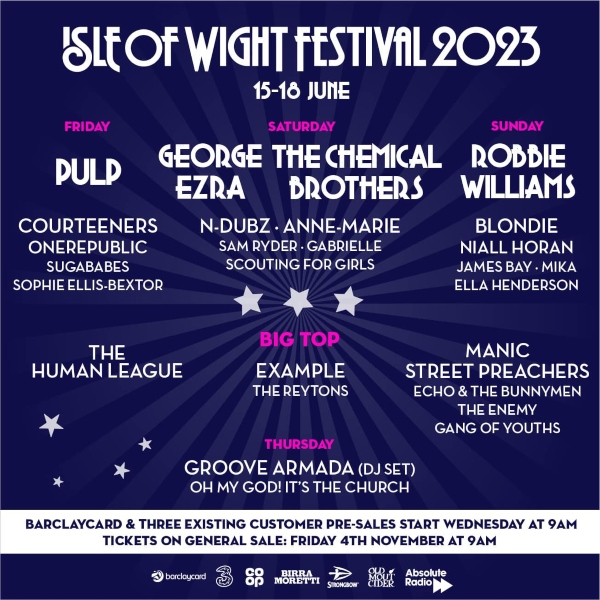 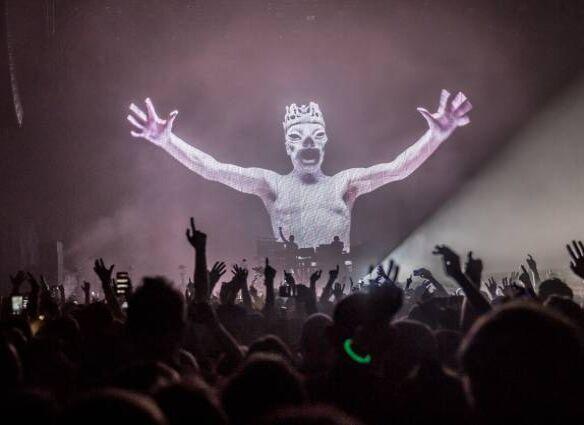